S.T.Dupont Launching Seven Seas in the U.S. Next Month

A nautical-inspired collection of S.T.Dupont accessories will land stateside next month.

The S.T.Dupont Seven Seas Collection takes inspiration from wooden boats, more specifically the teak woods found on runabouts and yacht tenders, except the collection isn’t made from teak. Instead, S.T. Dupont developed a special lacquer that allows for digital printing to create the wood-like texture. A special version of the Line 2 lighter has been created. It has a removable cord, a rollerball designed to mimic nautical rope and a working compass. It’s finished with the aforementioned lacquer and palladium. The standalone lighter is priced at $4,452. 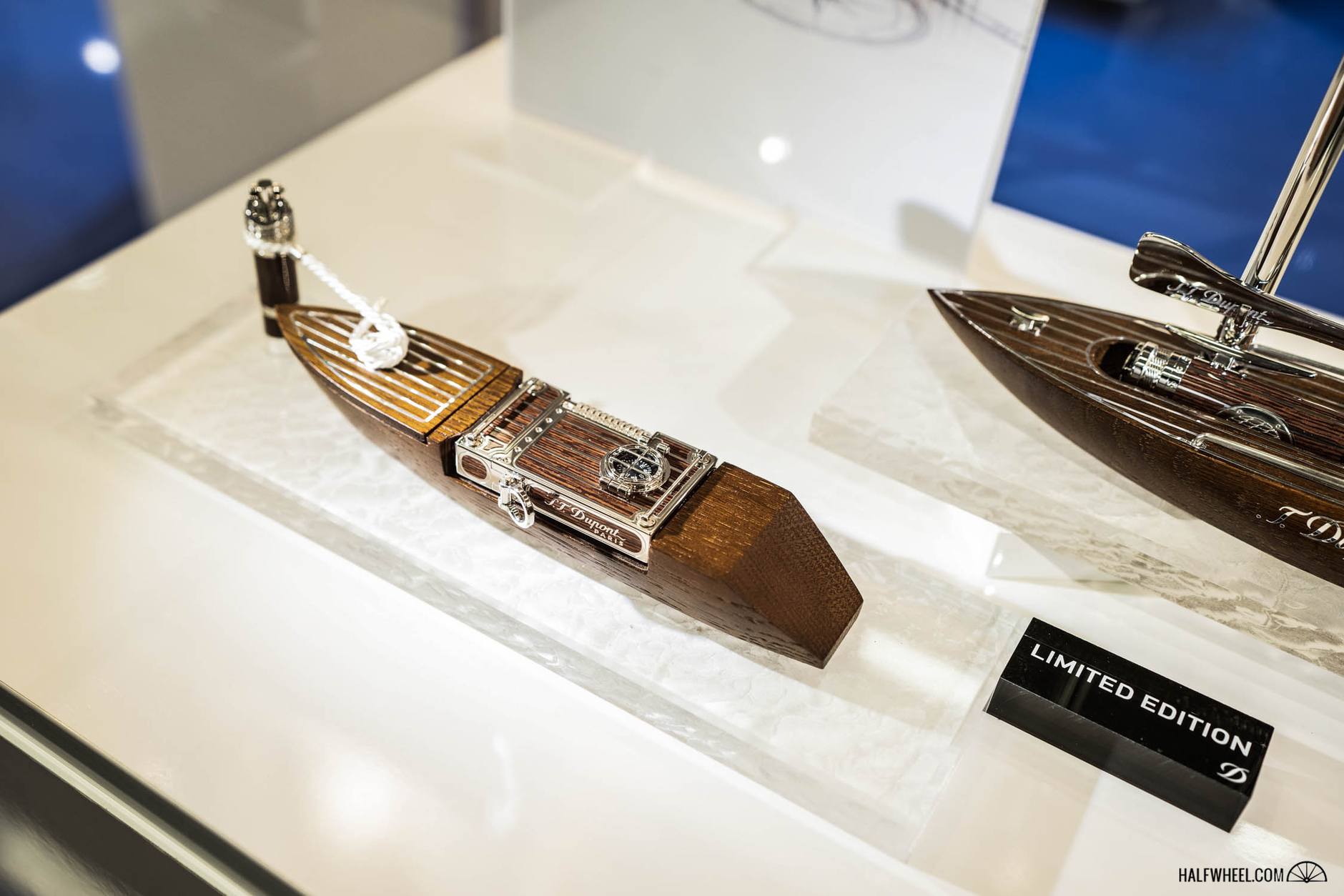 There’s also a special version of the lighter, sold as the Smoking Kit. It’s priced at $5,748 and features a special wooden boat display as well as a cigar punch designed in the same theme.

On the back of the boats is a stainless steel plate that can be engraved. S.T.Dupont has also created special versions of its Line D Fountain Pen and Rollerball. The pens also feature similar accents like the rope, porthole and compass. The Fountain Pen is priced at $4,452 and the Rollerball is $4,128. A special Writing Kit has also been created, priced at $5,748. For those interested in both the Smoking Kit and Writing Kit, there’s the Collector Set, priced at $13,550, which includes both kits and is packaged in a special box.

S.T.Dupont notes that while the units are nautically themed, they aren’t designed to go in the water.

The collection will begin shipping Feb. 4.

Davidoff of Geneva USA distributes S.T.Dupont in the U.S.