S.T.Dupont’s latest creation pays tribute to the most famous family in the United Kingdom.

The Windsor Collection is a nod to the House of Windsor, the name for the ruling family of the United Kingdom. Paris-based S.T.Dupont’s marketing material mention a unique French connection: Edward VIII. In January 1936, Edward VIII took the throne following the death of his father, George V. By December of that same year, Edward was abdicating the throne after the country’s government refused to allow Edward to marry Wallis Simpson, who was twice-divorced and had two living ex-husbands.

Edward would become the Duke of Windsor, marry Simpson and the couple spent most of their lives in France. In the 1940s, S.T. Dupont created a lighter for the Duke which serves as the inspiration for the new collection.

There are Line 2 lighters and Line D pens included in the Windsor Collection. Both are offered in either blue/gold or black/palladium finishes, featuring vertical lines. Pricing is the same regardless of the finish. 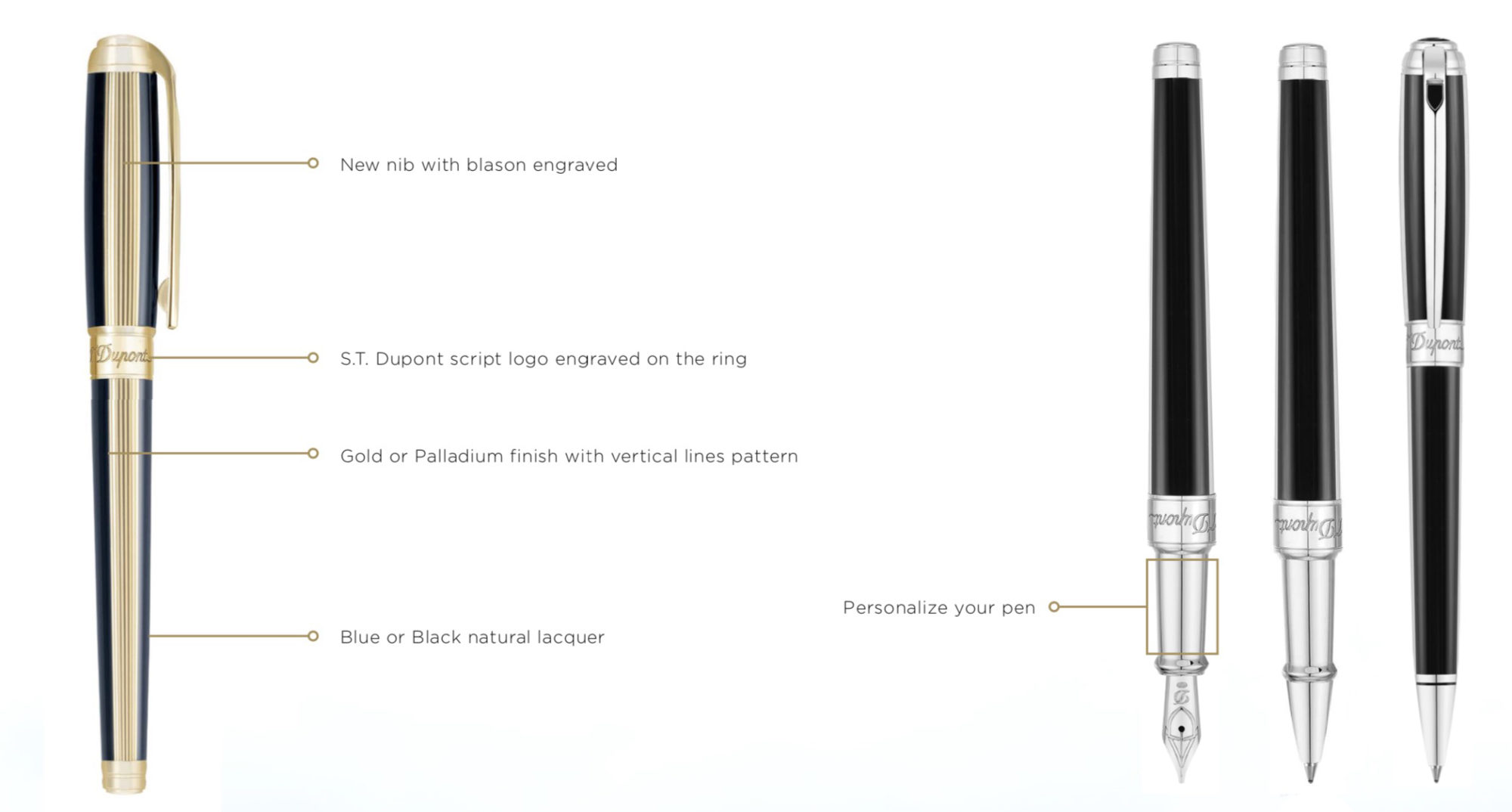 The new collection began shipping last month. S.T.Dupont is distributed in the U.S. by Davidoff of Geneva USA.