If you could hop into a time machine and go back 15 years, I imagine that someone at Altadis U.S.A.—or more specifically, its current parent company, Imperial Brands, plc—would have gone to Nicaragua and decided to open up a factory of its own.

At the time, Nicaragua was still the third player when it came to producing cigars for the U.S., overshadowed by both the Dominican Republic and Honduras. It’s quite possible that Nicaragua was producing a similar number of cigars, if not more than Honduras—but it didn’t have as many of the established and massive operations as its northwestern neighbor. Many names that you are familiar with were making cigars in the country—Drew Estate, Joya de Nicaragua, NACSA, Oliva, Padrón, Perdomo, Plasencia, CAO/Toraño—but Estelí was a lot different. I know this despite the fact that I hadn’t been to the country at that point. But I remember what people were saying the first time I visited Estelí a decade ago, the growth had been tremendous for both the city and its cigar factories. And comparing that city and its cigar factories to the one I saw earlier this year is almost like comparing two different places.

Altadis U.S.A. doesn’t have a factory in Nicaragua and while there have been some attempts to fix that over the years—including coming close to buying an existing operation in the country—it seems unlikely that it’s going to build one anytime soon. Unfortunately for the company, Nicaragua is the epicenter of growth in the cigar market and so Altadis U.S.A. has taken some of the prestigious names in its catalog and contracted other people to make cigars for them.

Earlier this year, the company announced that one of its most popular cigars—the Romeo y Julieta Reserva Real—would get a Nicaraguan extension by way of Tabacalera AJ Fernandez.

It’s a four-size line that uses tobacco from Fernandez’s farms in Nicaragua. It was originally scheduled to be released in March, but due to the coronavirus COVID-19 pandemic the cigar was delayed to a mid-May shipment. 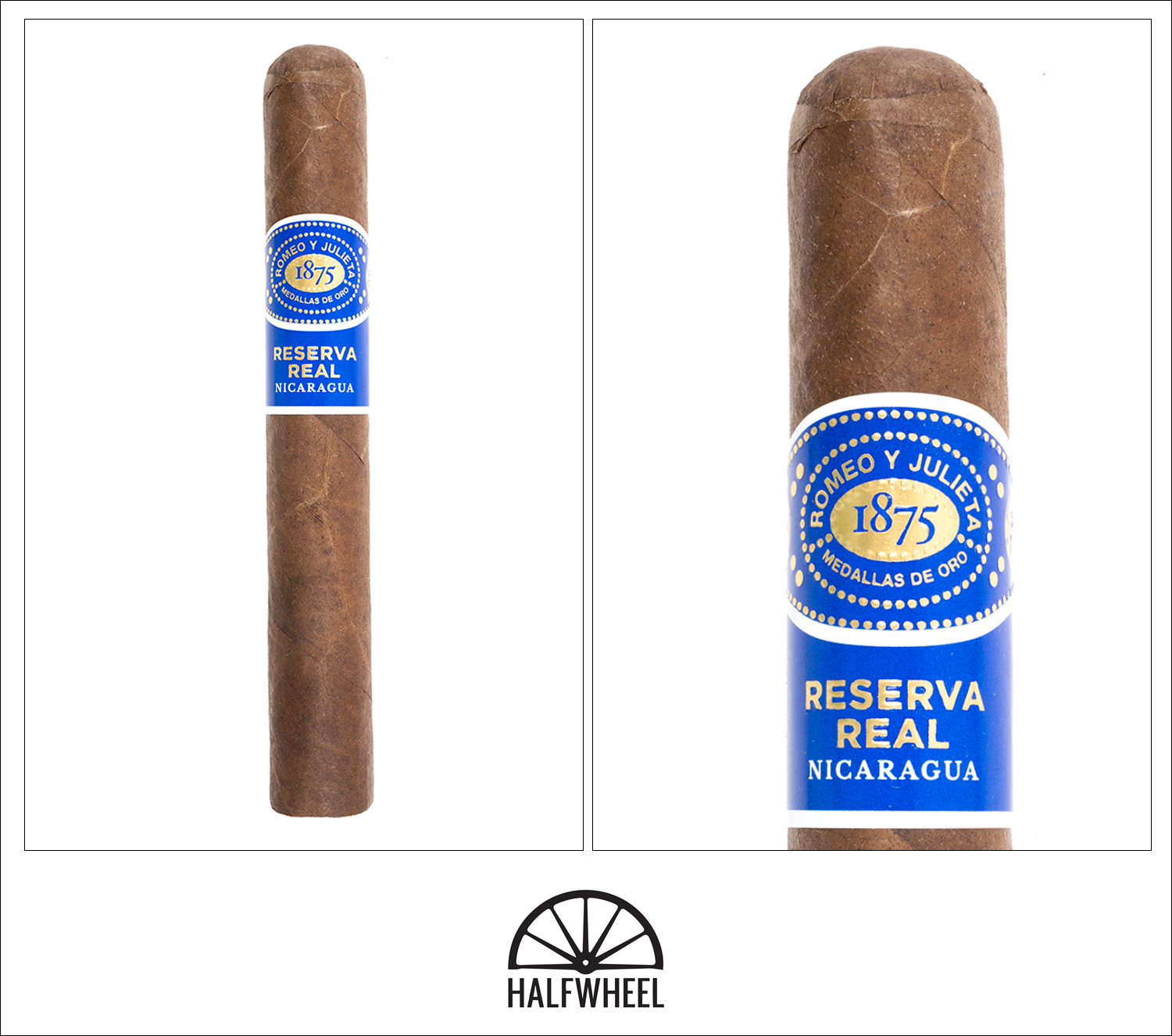 Appearance-wise, this is what most cigar makers aspire to: super uniform in color, decent oils and very little in the way of veins or bumps. Once removed from cellophane, I pick up a medium amount of fruitiness that reminds me of candied strawberries along with a touch of leather and a mild coffee. The foot is only slightly stronger with the Reserva Real Nicaragua providing a nice dessert mixture of gingerbread, coffee, toffee and a touch of white pepper. Cold draws start with a blast of a super sharp pepper that hits the back of the throat. It seems to bypass all of the flavor receptors on my tongue and just go straight to the back of the throat. Beyond that, I’m able to pick up a watered-down root beer sweetness and a touch of creaminess. Some people would probably classify this as a “full” profile, but that’s only due to the pepper. In terms of what my tongue can pick up, it’s just medium.

I’m not really sure what to expect given the cold draw, but zero traces of pepper isn’t my first guess. As it turns out, once the Romeo y Julieta Reserva Real Nicaragua’s smoke hits my palate there’s no pepper. Instead, it begins with some Nilla wafer-like sweetness, orange bitters, cedar and a damp earthiness. After a few more puffs, a Ritz cracker flavor enters the fray and sticks around for the entirety of the first third in a number of different places. There’s also an inconsistent rocky profile that is dominant when it’s around but doesn’t stay consistent puff to puff. Retrohales have more of the Ritz cracker flavor, a smooth coffee, some saltiness and a vibrant black pepper flavor. The finish has a wheat cracker flavor, black pepper and some earthiness. Flavor is full, body is medium and strength is medium. Two cigars are burning flawlessly, but one cigar has issues with certain sides of the wrapper not wanting to burn, nearly creating an island of unburned wrapper before I spot the issue and touch it up.

The rocky or mineral flavor is a consistent part of the second third and like it was when it was present in the first third, it’s dominant. Between that and a toasty flavor I can’t manage to pick up any sort of consistent other flavors in the tongue. Fortunately, there’s quite a bit more in the retrohale: bread, lavender, nuttiness and black pepper. On one sample, that bread flavor is a distinct pita bread flavor but on the other two it’s a much more generic sensation. The finish has a gin-like character to it with a bit of a pepper burn and something that reminds me of juniper. Flavor is full, body is medium-plus and strength is medium-full. The two cigars that avoid issues in the first third continue to be flawless, while the one with the uneven burn continues to need assistance from the lighter, though it’s not that bad. Towards the trailing parts of the second third, the Reserva Real Nicaragua gets a much-needed break from the mineral-dominated main flavor. In its place is a combination of wheat, earthiness and some nuttiness, each ever-present though none dominates the profile. After tasting little outside of a toasty mineral combination for the middle portion, I appreciate the balanced and slightly milder profile, though it’s definitely not mild. The retrohales have a flavor that is more in line with the color of the wrapper: wheat, creaminess and white pepper. What’s a bit odd is the pepper’s intensity seems to be on some sort of roller coaster, at times quite notable and then five minutes later missing only to reappear a few more puffs later. Flavor, body and strength all finish medium-full. Construction is fine in the final third, though the cigar starts to burn incredibly slowly and doesn’t seem to appreciate me taking quicker puffs to help normalize this. While this is not the best cigar Altadis U.S.A. sells, it likely will prove incredibly useful for both the brand and a lot of its retail customers. For starters, it's going to be a lot easier to sell readers of this website and their contemporaries on "it's a new Romeo made by AJ Fernandez" than "it's a new Romeo." Likely the more valuable pathway for both Altadis U.S.A. and retailers is encouraging the typical Reserva Real smoker—and there are likely tens of thousands—to try something stronger. It's not a tad bit stronger, it's a notch or two stronger, but not strong enough to get most of those people nicotine sick. For me, the Trinidad Espiritu—if it's burning properly—is a much better AJ Fernandez-made Nicaraguan puro that Altadis U.S.A. sells for about a dollar more.