Fast forward to July, when Altadis showed off a third example of a Nicaraguan Romeo during the 2018 IPCPR Convention & Trade Show. Dubbed the Romeo y Julieta 1875 Nicaragua, the four size regular production line with a blend composed of all Nicaraguan habano leaves produced at the Plasencia factory in the city of Estelí. Three of the vitolas—the Bully, Toro and Churchill—are packaged in boxes of 25, while the 6 x 60 Magnum is sold in boxes of 20. 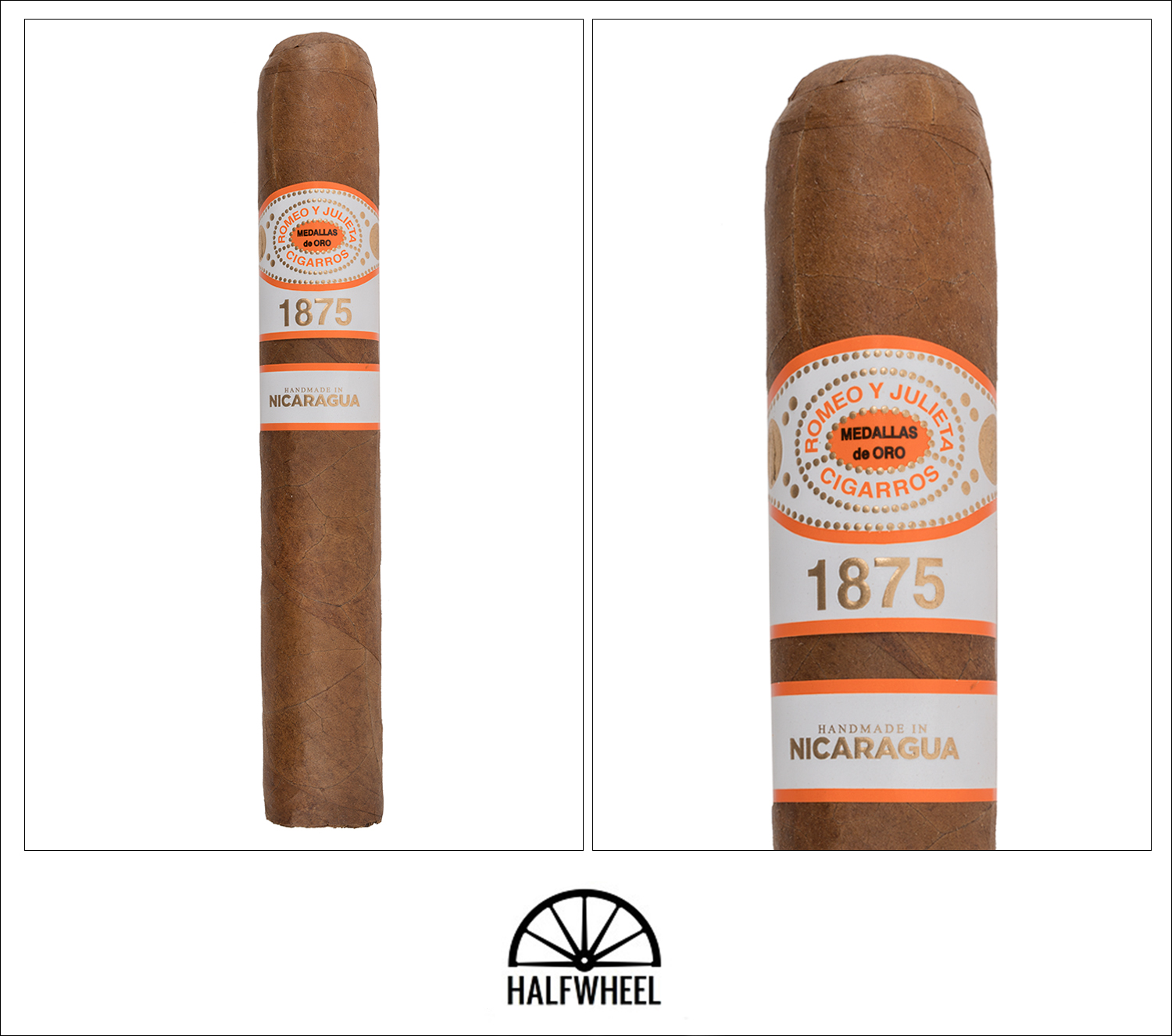 Visually, the Romeo y Julieta 1875 Nicaragua is covered in a golden-hued wrapper that is sandpaper rough to the touch and covered in very obvious veins. In addition, there is plenty of oil and the cigar is just short of rock hard when squeezed. The aroma from the wrapper is a combination of strong dark chocolate, sawdust, peanut shells, cedar, leather, earth and manure, while the cold draw includes flavors of sawdust, white chocolate, cedar, creamy nuts, white pepper, a touch of spice and slight maple syrup sweetness.

It takes a little longer than expected to light—even for the large vitola—but once the foot of the Romeo y Julieta 1875 Nicaragua was lit, the flavors started coming fast: strong flavors of both creamy cedar and earth, with lesser notes of leather, charred meat, hay and licorice. There is a touch of spice pulled over from the cold draw on my tongue, but it is not going to last long, while there is a little white pepper on the retrohale that plays nicely with some slight vanilla bean sweetness. Despite taking just a little off the cap, the draw is a bit loose for my tastes—albeit within normal limits—but the burn is excellent so far, and there is an abundance of thick white smoke pouring from the foot that does not seem to be letting up anytime soon. The overall strength is virtually non-existent so far, ending the first third barely above the mild point, although I don’t think it will stay there much longer. As the second third of the 1875 Nicaragua begins, the dominant flavors begin to shift from creamy cedar and earth to more of a leather and creamy hay combination, followed by notes of cashews, dark chocolate, cinnamon, espresso, floral and cocoa nibs. As expected, the spice on my tongue is totally gone by the halfway point, but both the white pepper and vanilla bean sweetness on the retrohale have actually increased noticeably. Construction-wise, the burn has stared wavering a bit and the draw is still a bit loose for me, but the amount of smoke emanating from the foot does not seem to be slowing down. The overall strength has increased a bit, but still fails to come close to the medium mark by the time the second third ends. 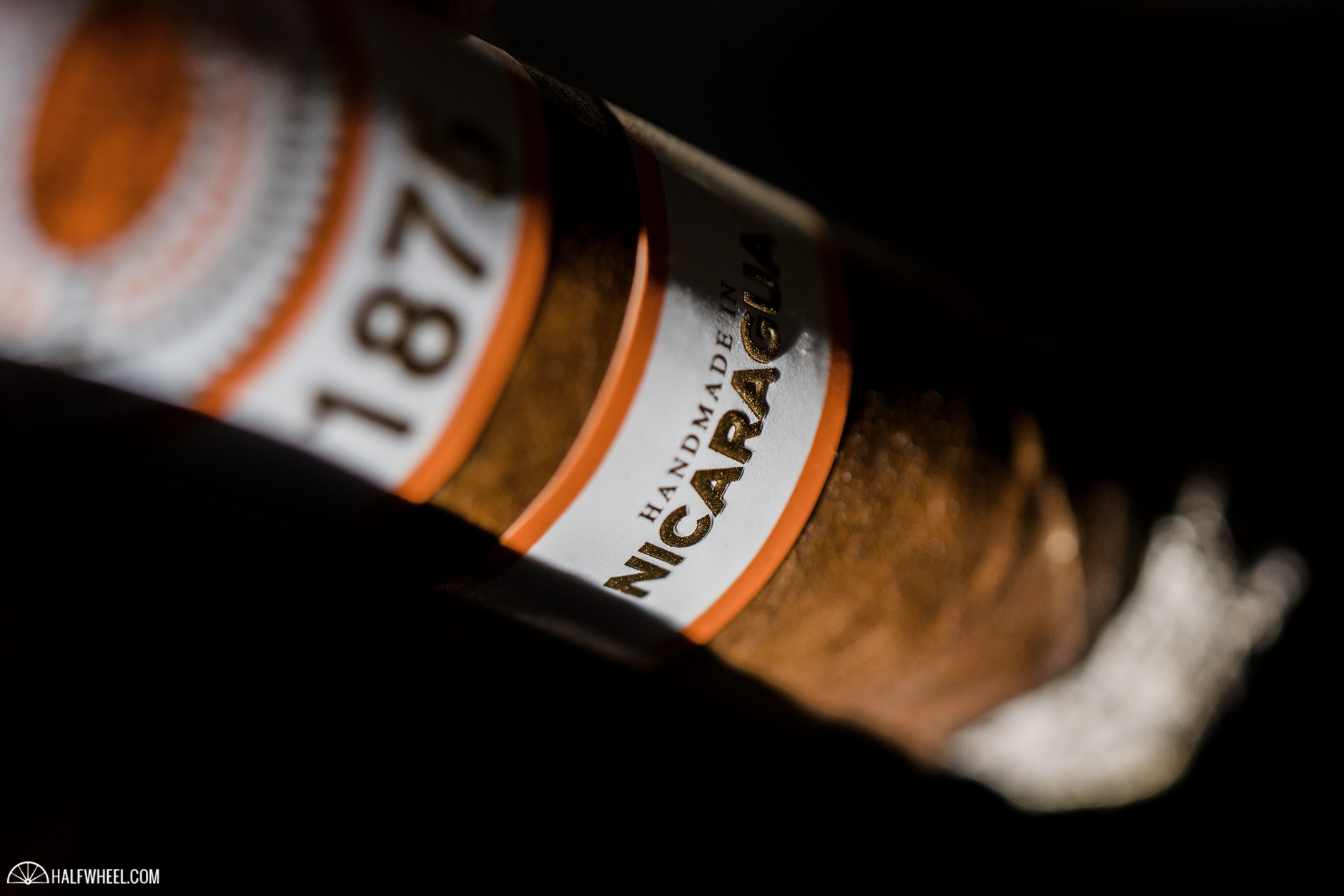 Unfortunately, there is not much change in the profile of the Romeo y Julieta 1875 Nicaragua during the final third, as the leather and creamy hay combination easily remain the dominant flavors, along with nuts, chocolate, coffee beans and earth. The white pepper and vanilla bean sweetness also remain about the same level, although there is a bit of a return of the spice on my tongue from the first third that makes itself known before quickly disappearing again, this time for good. There is also little change in the construction, as the draw is still a bit loose for me and the burn gives me a few problems, albeit none that are too difficult to fix with a touchup from my lighter. Finally, while the overall strength does increase by the end of the cigar, it still fails to hit the medium mark, ending up just short by the time I put the nub down. While I was hoping it not be the case with the Romeo y Julieta 1875 Nicaragua, the all habano blend turned out to be enjoyable but extremely linear, at least in the 6 x 60 Magnum vitola. Having said that the construction was quite good overall, and you can’t beat the price with a stick. In the end, while there are a number of more complex, more flavorful and better-constructed puros on the market, very few of them are priced as aggressively as the Romeo y Julieta 1875 Nicaragua, and that alone will be worth the price of admission for some.