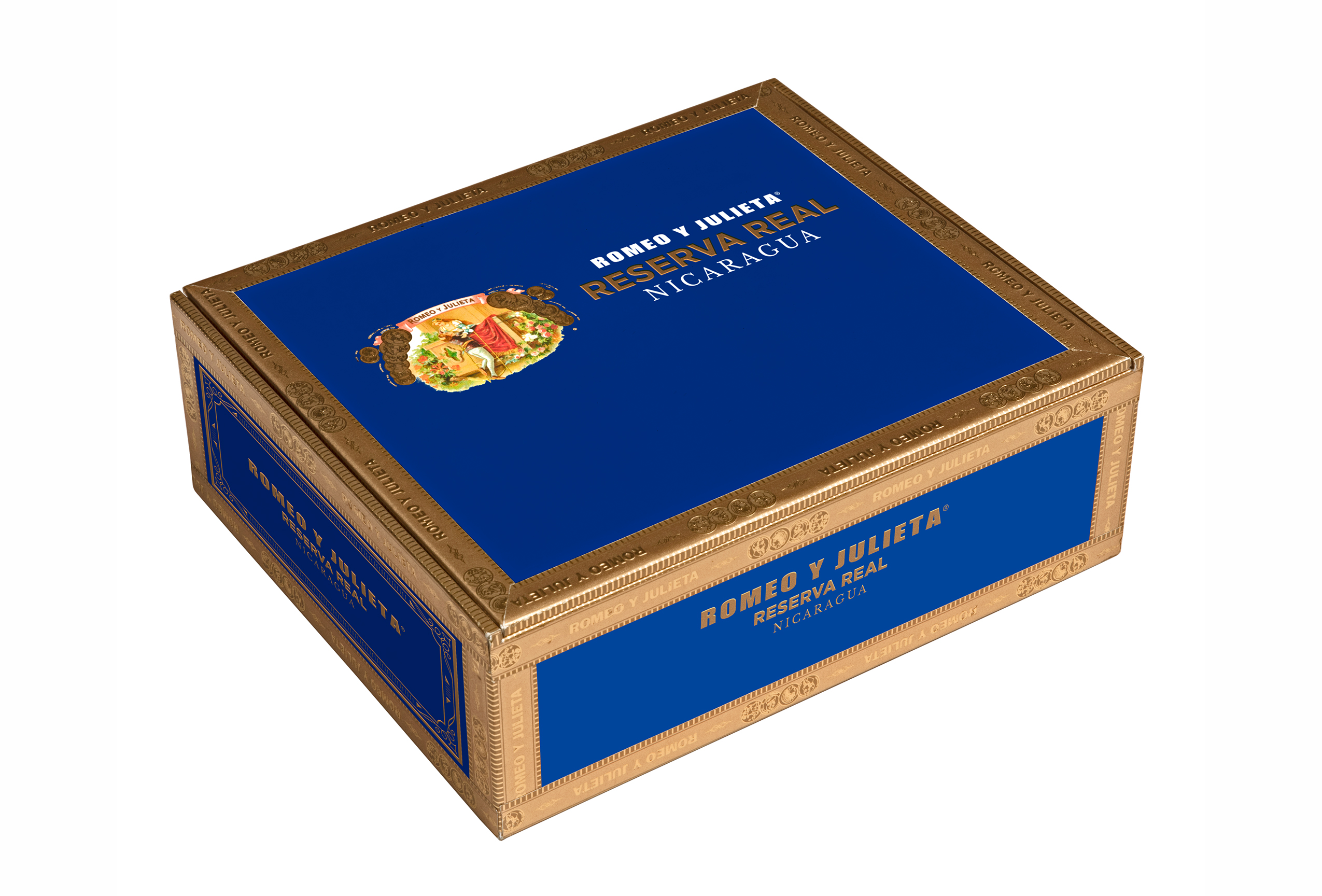 The Romeo y Julieta brand from Altadis U.S.A. will be adding a new line in the coming months, as the company has announced that it has enlisted the help of A.J. Fernandez in the creation of the Romeo y Julieta Reserva Real Nicaragua.

As the name would imply, it draws on Nicaraguan tobacco; in this case it’s a Nicaraguan puro using only leaves grown by Fernandez. It is also being made by Fernandez at his Tabacalera AJ Fernandez Cigars de Nicaragua factory in Estelí.

According to a report, it will be available in four sizes:

The Magnum vitola will be packaged in 20-count boxes, while the other three sizes will come in 25-count boxes. The bands and boxes will look similar to the existing Romeo y Julieta Reserva Real line, though they will use a royal blue and gold color scheme.

The cigar is slated to make its debut at the Tobacco Plus Expo (TPE) convention in late January, with shipping slated to begin in early March.

The company made the announcement about the new line via Cigar Aficionado, but so far has not issued a press release or responded to e-mails about the project.

Update (Jan. 13, 2020) — Altadis U.S.A. issued a press release about the cigar today, including images, which have been added to the story.