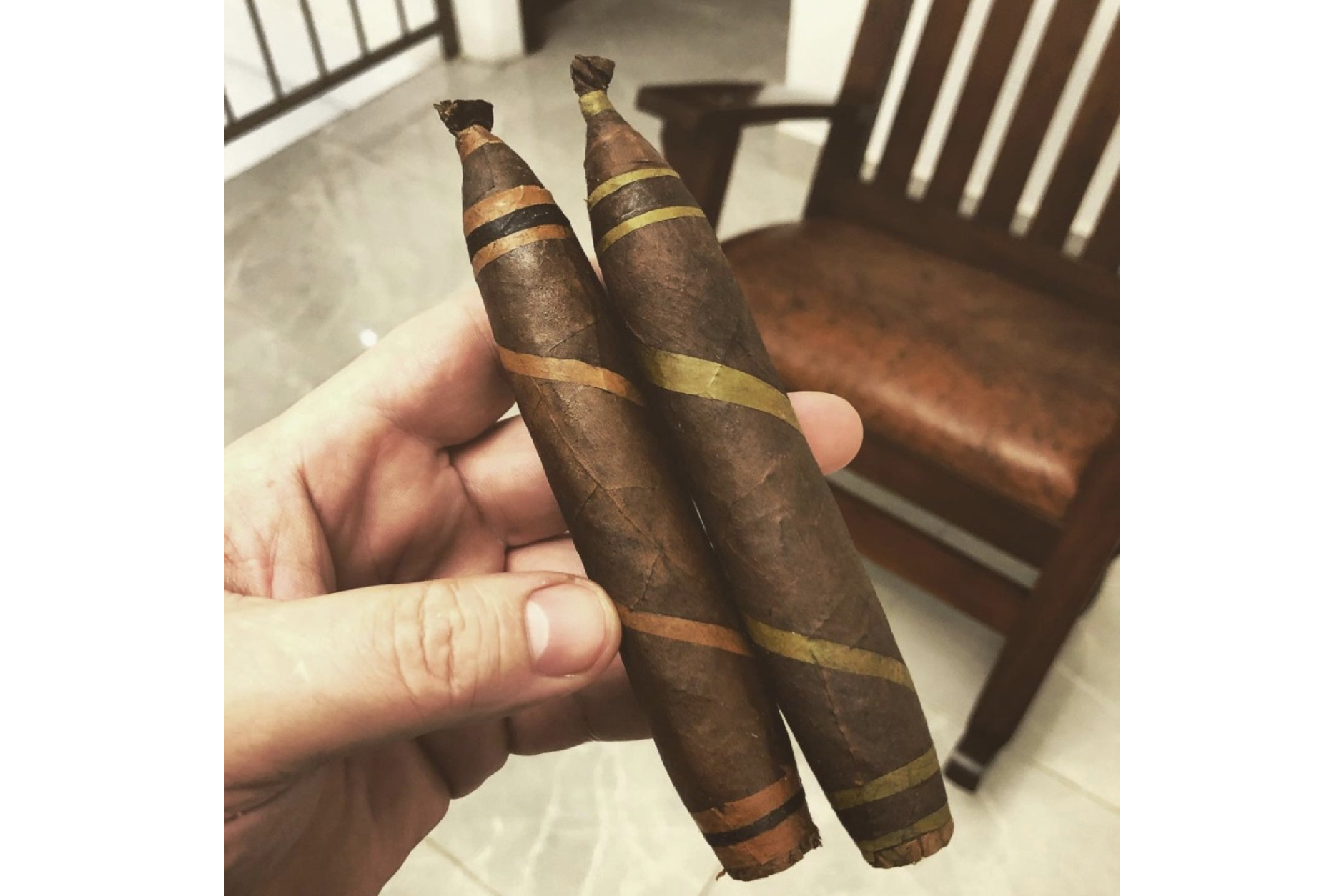 The annual limited edition from RoMa Craft Tobac—known as CRAFT—will gets its 2021 release this June.

CRAFT 2021 is a 5 5/8 x 60 perfecto; more specifically, it is actually two different perfectos. Like previous releases, CRAFT 2021 will show off the rolling prowess of the NicaSueño factory in the form of a unique size and multiple wrapper tobaccos used.

A box of CRAFT 2021 will include 10 cigars, five of each of the wrapper designs. The main wrapper is a Connecticut broadleaf varietal that is accented by either Ecuadorian Connecticut or candela tobacco. Underneath that is a dark Indonesian besuki binder over a mixture of Dominican and Nicaraguan tobaccos in the filler. Skip Martin, co-founder of RoMa Craft, told halfwheel that the blend is similar to the company’s Neanderthal line. Notably missing from CRAFT 2021 compared to Neanderthal is the Pennsylvania double ligero tobacco that is noted for its high nicotine content.

Martin specified that it is not the same blend as various CroMagnon Narwhal cigars, an unofficial release that was made at various times and given out on a very limited basis. Narwhal wasn’t a consistent blend, though halfwheel reviewed a version that was a slightly larger 6 3/10 x 58 perfecto.