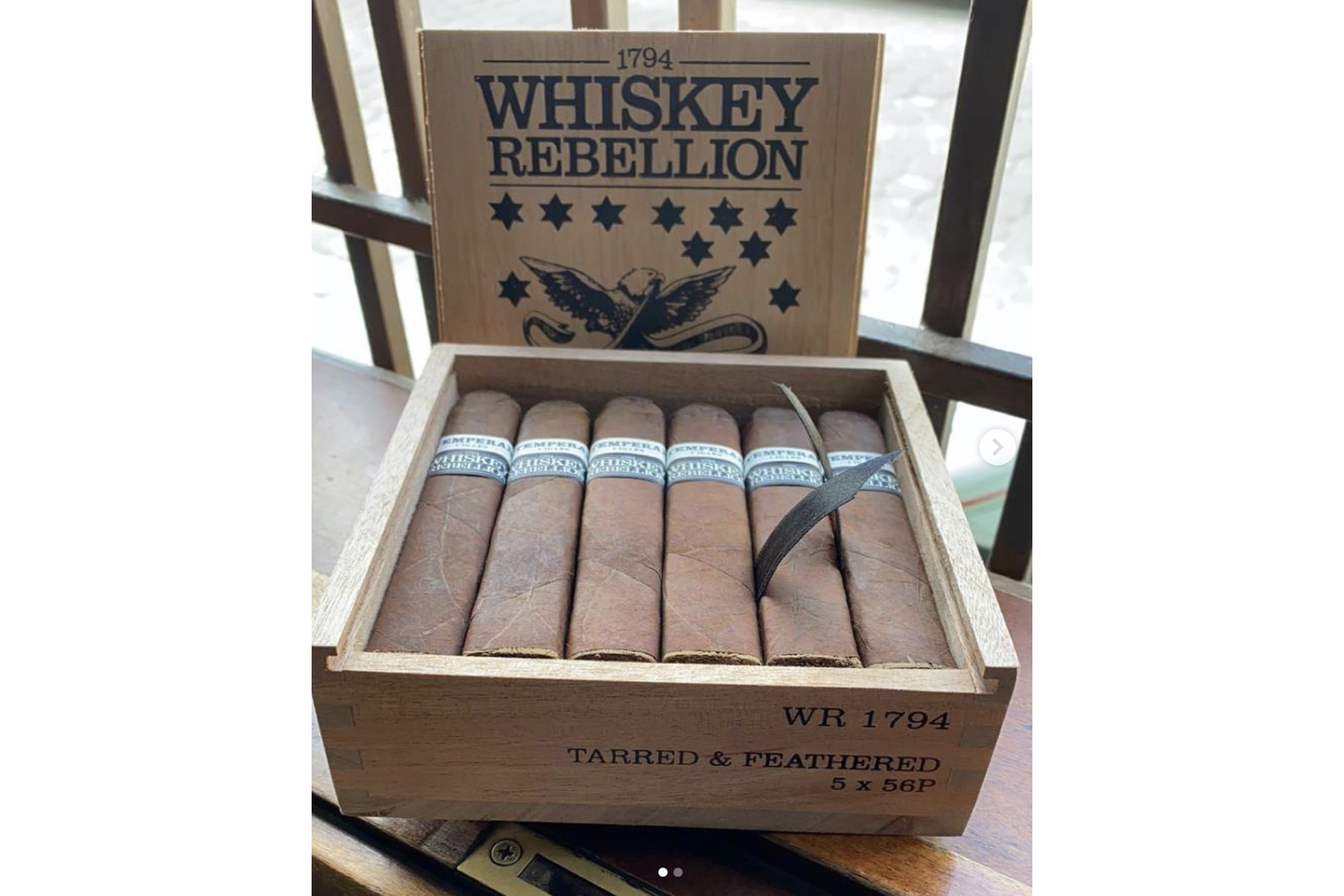 Skip Martin, co-founder of RoMa Craft Tobac, shared a picture of an upcoming addition to the line, the Intemperance Whiskey Rebellion 1794 Tarred & Feather. It’s a box-pressed 5 x 56 robusto gordo size, there is already a round 5 x 56 size for the line known as Bradford.

Martin told halfwheel that it would be released in Q4, likely in October, and it would be priced at $9.35 per cigar. He said the company will make approximately 500 boxes of Tarred & Feathered annually.

Intemperance Whiskey Rebellion 1794 uses an Ecuadorian habano ligero wrapper over an Indonesian Besuki binder and fillers from the Dominican Republic and Nicaragua. The line was introduced in 2016 as an exclusive for Famous Smoke Shop before becoming a national brand last year.