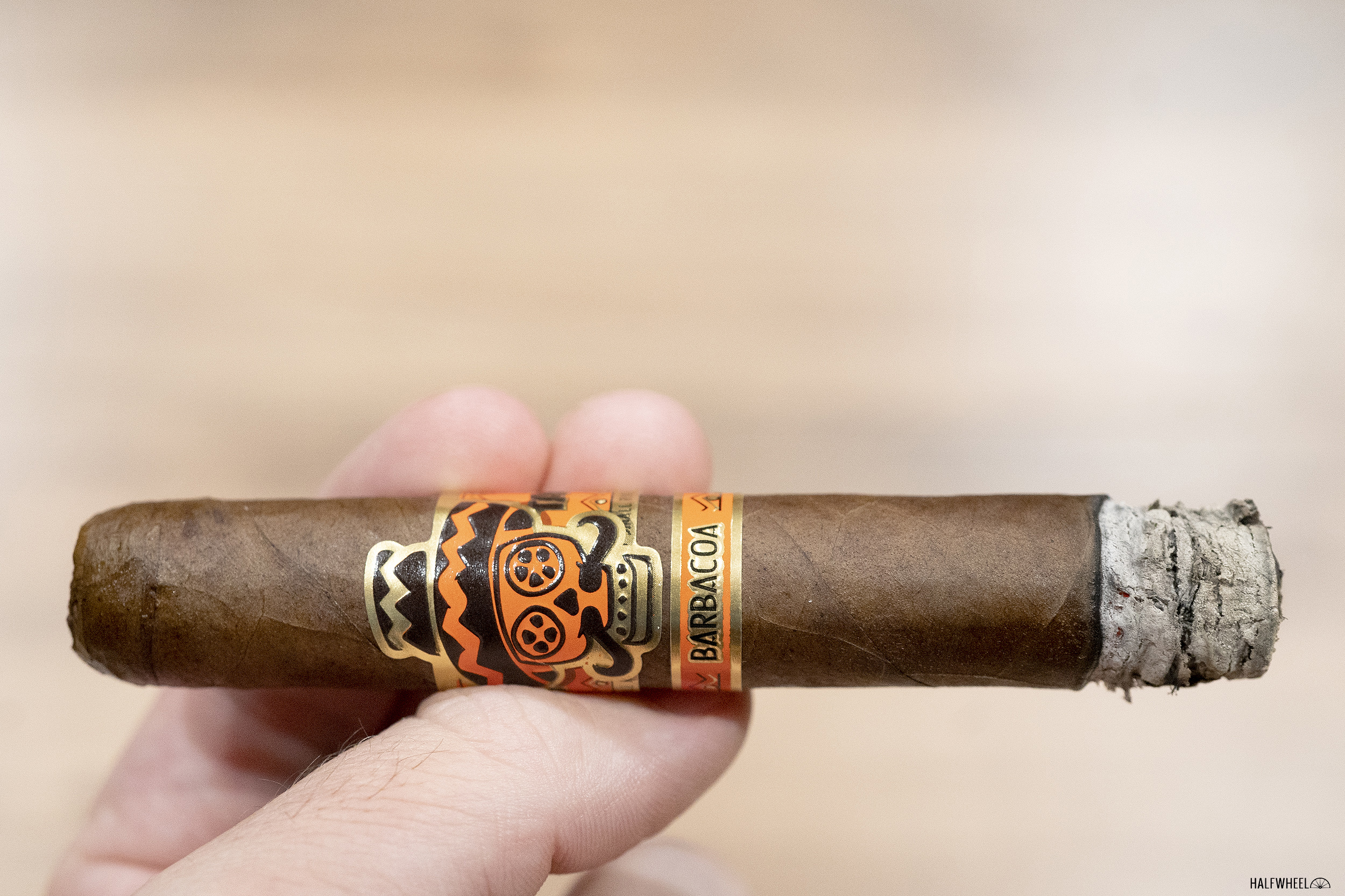 For his most recent project, Noel Rojas borrowed from one of those foods that has been a fairly quiet staple on menus for who knows how long before being catapulted into pop culture: street tacos.

The first of what is planned to be a series of three cigars is the Rojas Street Tacos Barbacoa, which uses an Ecuadorian Sumatra wrapper over a Nicaraguan binder and filler from the Somoto region of the county. The cigar was slated to be released before the end of 2020, but as should come as no surprise amidst the coronavirus COVID-19 pandemic, the project was delayed until March 2021.

But the delay wasn’t all bad, as it resulted in Rojas adding a new size, bring the total to three: 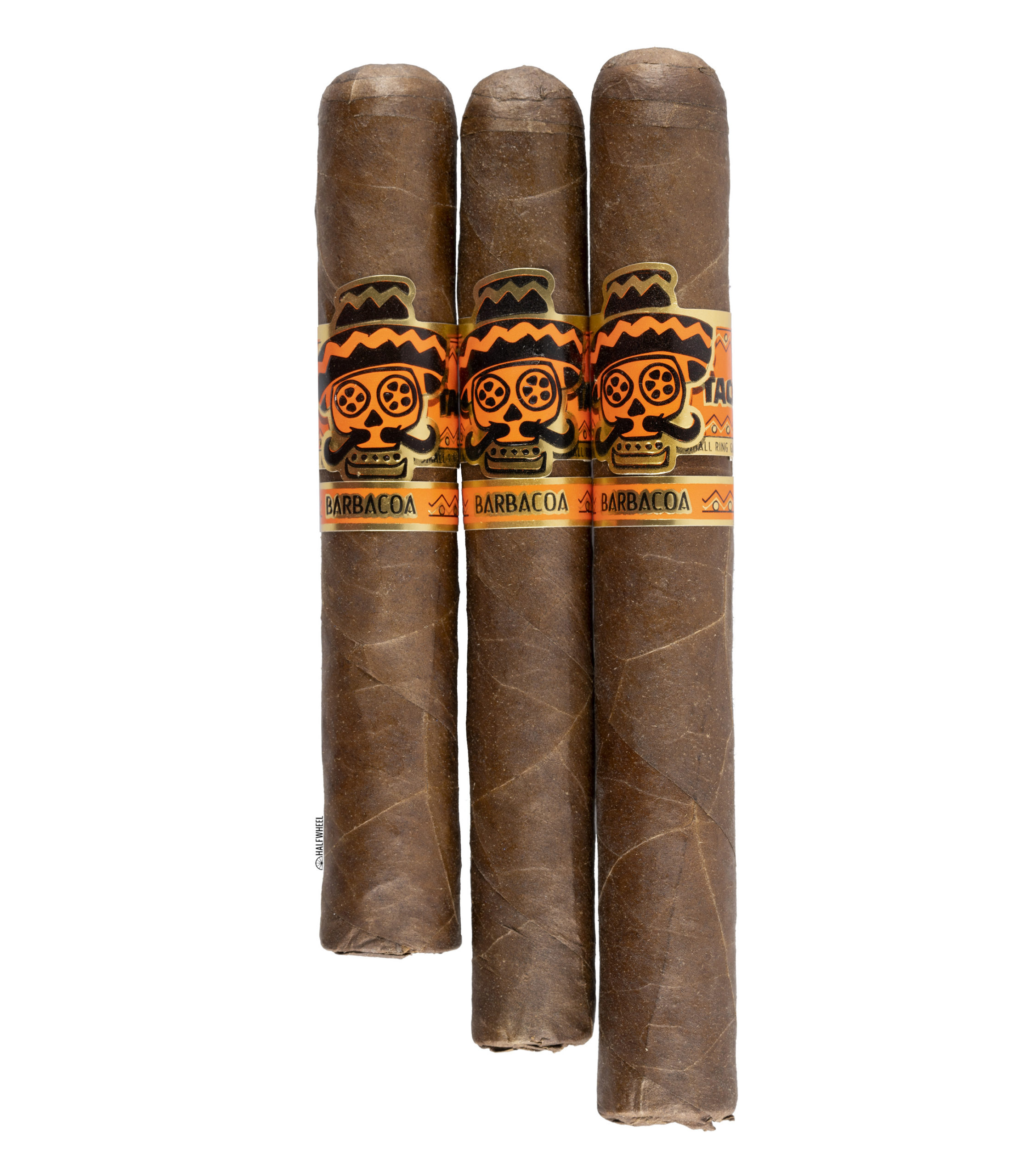 Additionally, the price came down a bit, with individual cigars ranging from $7.50 to $8.50 as opposed to between $8 and $9 when they were announced in November 2020.

The cigar gets its name from a meat preparation that traces its roots to the Caribbean and Mexico, and in particular sheep and goat cooked over an open fire or via an in-ground oven. That definition has loosened over time to include different meats and preparations. It’s also the word that eventually became barbecue. 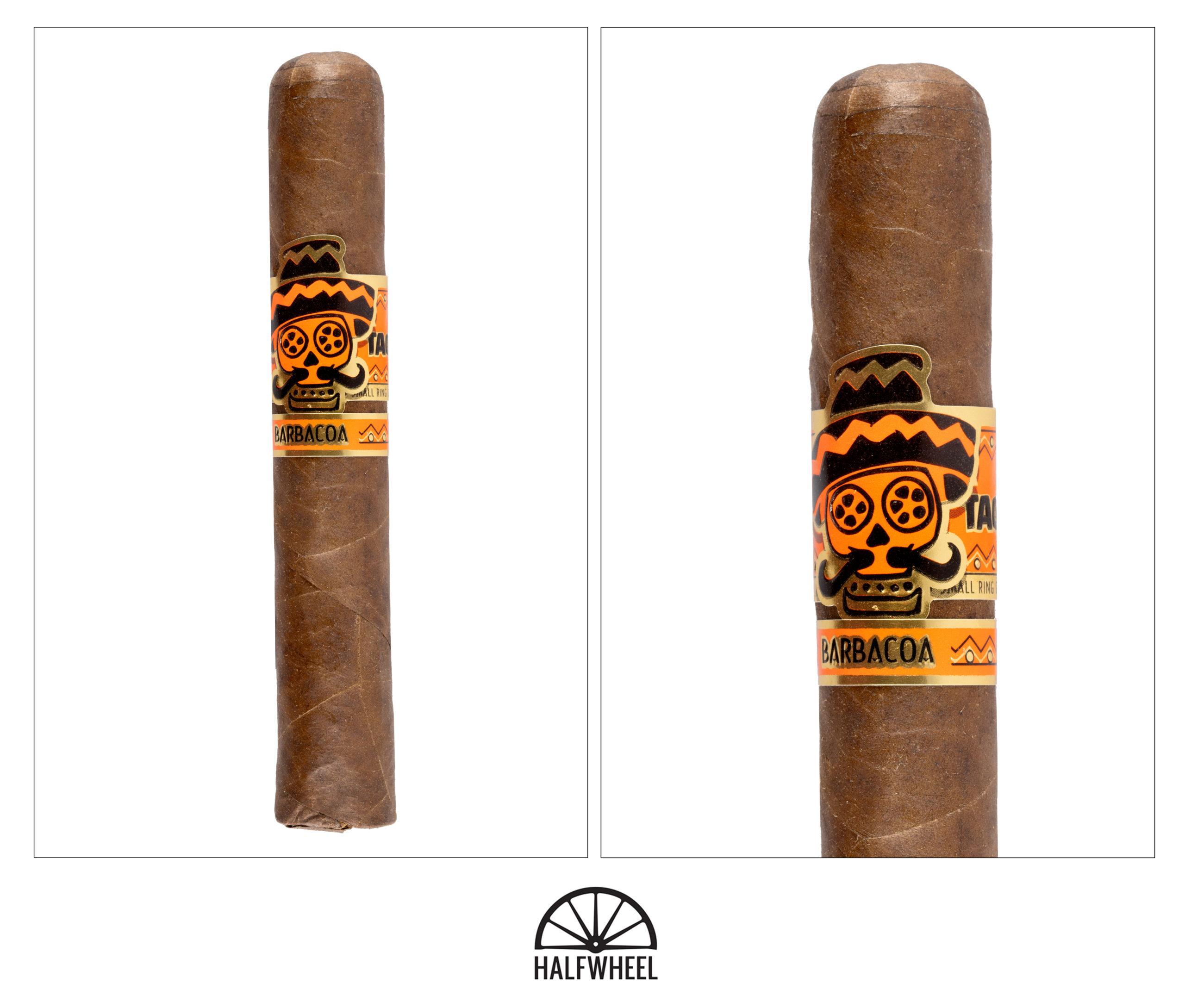 It’s hard to miss the brightly colored band on the Rojas Street Tacos Barbacoa Robusto, complete with its sombrero-wearing, mustachioed skull figure. Underneath that band, the cigar looks good with a bit of tooth that provides some texture on the fingers, an even color of just darker than medium brown, and a fairly average vein structure. There isn’t a lot of oil to the leaf either by touch or gloss. The cigar is firmly rolled but far from hard, showing some give when squeezed. The covered foot has an orange sweetness at first sniff, an aroma that evolves into a marinade as a bit of pepper and spice join the mix, with some samples offering a notably dry aroma while others are a bit lusher. Airflow sits on either side of just right: it’s a tick tight on one sample and a tick loose on the other two. The flavor is pretty mild, reminding me of a very generic wood flavor at first, almost a taste sensation of the smell I get from particleboard. The second is sweeter and meatier with just a bit of pepper, while the third is dry and woody once again. Regardless of the sample, the tobacco does impart a pretty substantial tingle to the lips, tongue and cheeks.

The Rojas Street Tacos Barbacoa Robusto starts off with a bit of white pepper and varying backing flavors. One cigar is noticeably on the chalkier side, with a lot of smoke but a somewhat thin body. Otherwise, there’s dry wood, a bit of pepper, some dried coffee grounds and a touch of earthiness. As the first inch burns, I get some red chili pepper flavor and heat, which I would say is the first thing that has me thinking of any kind of taco sensation, and only by the way of adding some hot salsa. A bit of creaminess enters the profile at the one-inch mark, with just a touch of chalkiness as well, but the former does an impressive job giving the body a bit more fullness while increasing the mouthfeel. Construction and combustion are fantastic in this section with plenty of smoke and an even burn line. Flavor is medium for the most part, body ranges from medium-minus to medium, and strength is so far on the mild side.

While the creaminess carries the Rojas Street Tacos Barbacoa Robusto into the second third, it quickly gives way to a spice and seasoning combination that gives yet another nod to the cigar’s name. There is still an underlying dry wood flavor that finds its way not only onto my taste buds but seemingly into them as well. Depending on the sample, that wood either becomes the common thread of the second third, or it fades into the background enough to give the cigar a bit more of a meaty flavor with some of the spice and seasoning from earlier. The latter is the better of the two options, though only shows up in one of the three samples. The second third closes out with a still wonderful retrohale that is marked by white pepper, while the body of the smoke has beefed up on the palate and now reminds me a bit of a ground beef taco: slightly meaty, slightly oily, with a bit of spice, seasoning and pepper. Flavor has picked up to medium-plus and occasionally medium-full, while body is just a hair over medium and strength is still medium. Construction has been very good thus far, with plenty of smoke, an even burn line, and very good combustion and draw. 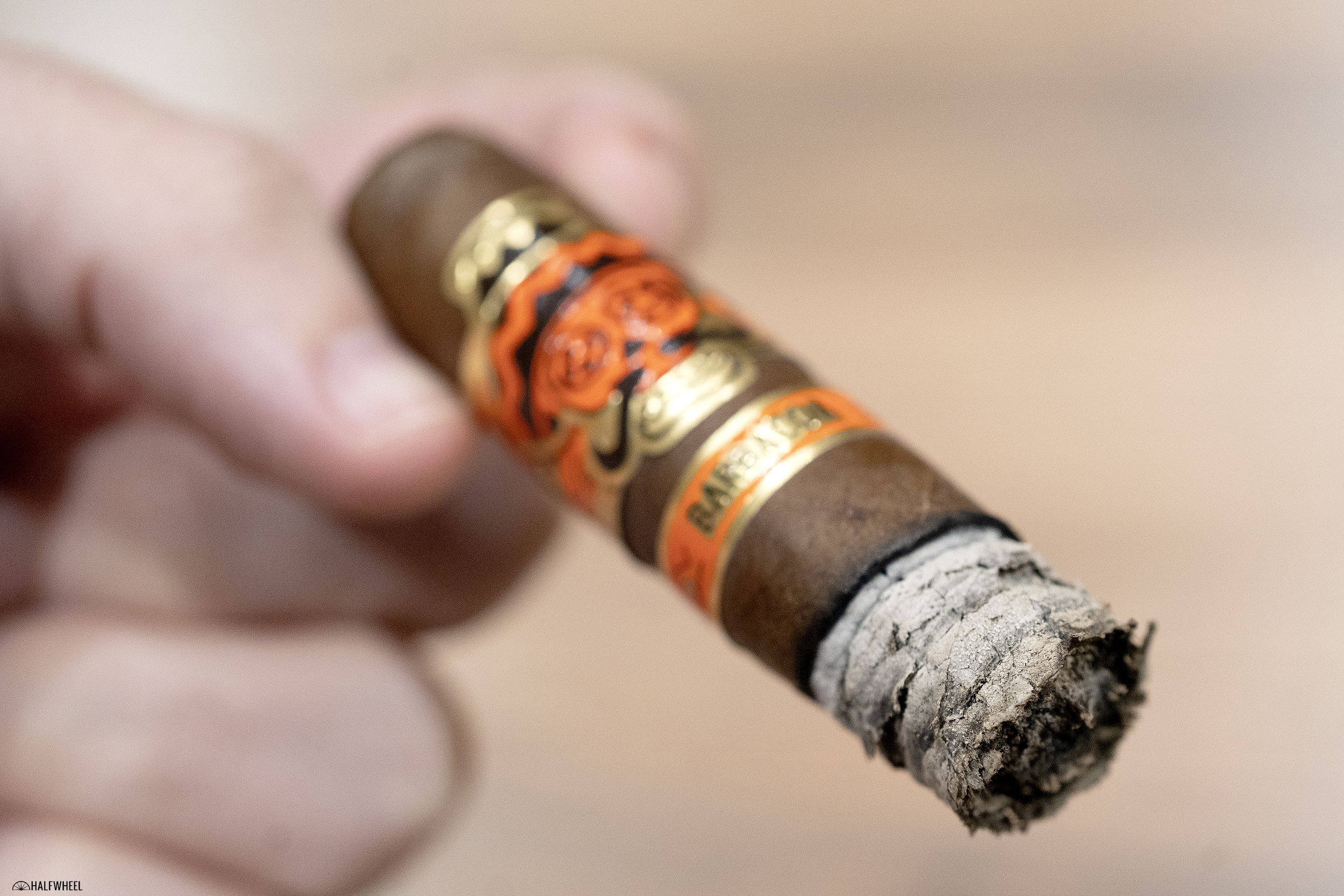 The Rojas Street Tacos Barbacoa Robusto carries its high point—or its woodiness—into the final third, the former by far the most complex and palate-pleasing it has been thus far. At its best, the cigar picks up a bit of red pepper heat and more of the seasoning, while there are times the wood returns to its dominant role in the profile, picking up just a bit of earthy char along the way. There’s a change back to what I got in the first third, with a bit lighter body, more chalk, and a mouth-drying sensation, which seems to indicate the cigar is entering its home stretch. The cigar continues to perform near flawlessly, while flavor finishes medium-full, body is medium-plus and strength is medium. 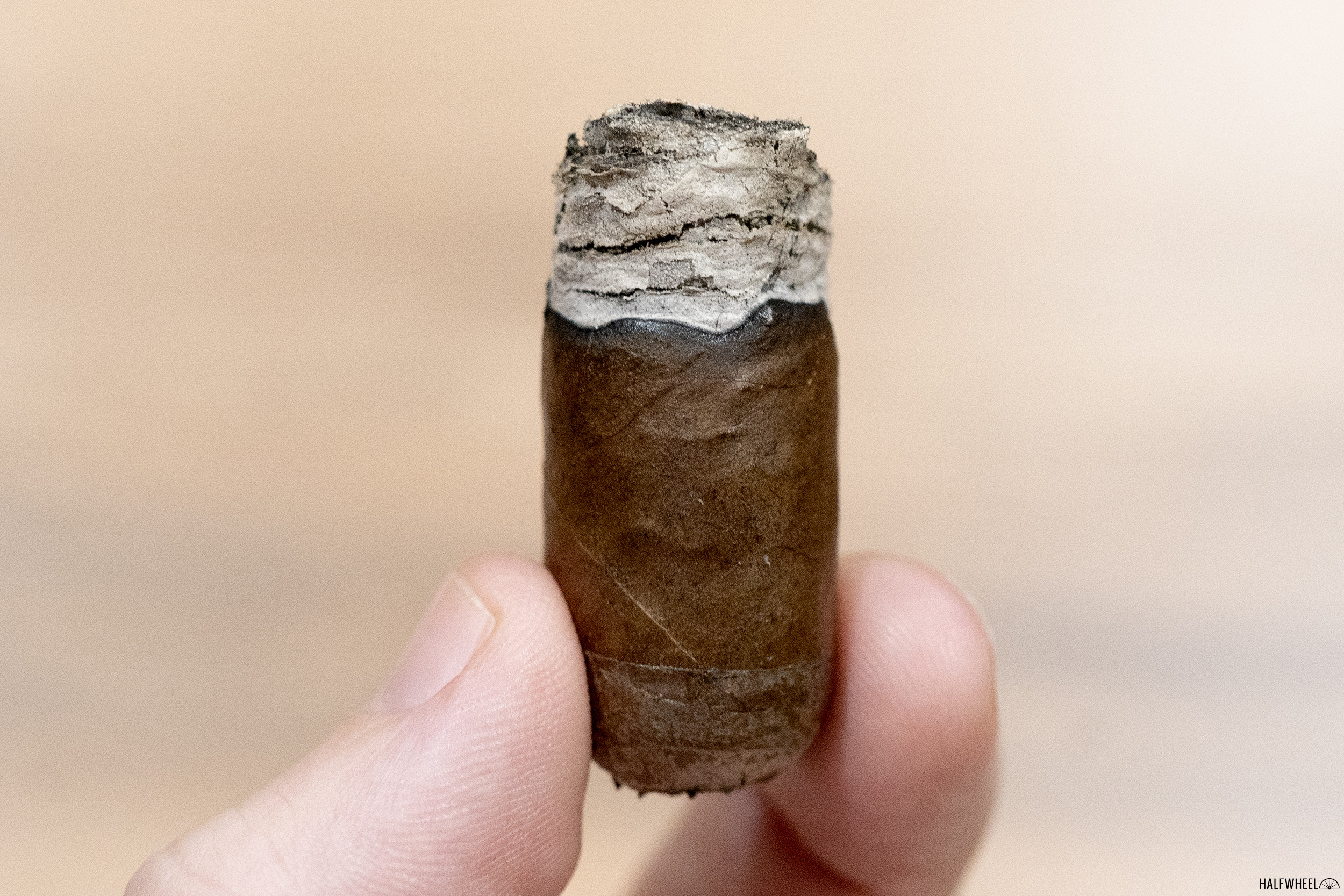 One of the things I have often taken issue with when it comes to cigar names is the immediate memories and influences that they can immediately call to mind, and thus set the tone for the cigar. I don't know how fixed into your mind the flavor of a barbacoa street taco is, but I'd like to think I have a fairly decent frame of reference for them, and as such the Rojas Street Tacos Barbacoa Robusto has some level of expectation to meet. The cigar—on its own and with no comparison to tacos—does quite well. First, construction is near perfect across all the samples. The flavor has some ebbs and flows, and my memories of it will be the journey between points of a fairly dry woodiness and a more lush, rich meatiness that incorporates spices, seasonings and pepper into something that easily draws comparisons to some Mexican foods. It's the spots between those two mileposts where the cigar doesn't quite perform as well, losing its complexity and seeing the body get a bit out of touch with the profile. However, if you enjoy a cigar with some distinct high marks, as well as one that will expose you to one of Nicaragua's lesser-known tobacco producing regions, this is one worth trying as it delivers not only an enjoyable profile but a pretty good bang for the buck.