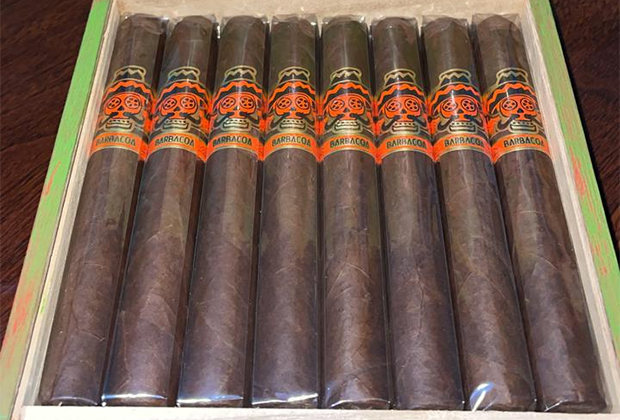 Noel Rojas’ latest project is on its way to stores today, as he has begun shipping the Rojas Street Tacos Barbacoa. The cigar is the first in a series of three cigars that will bear the Street Tacos name, and uses an Ecuadorian Sumatra wrapper over a Nicaraguan binder and filler from the Somoto region of the country. The cigars are being made at Tabacalera Flor de San Luis in Estelí, Nicaragua.

While the cigar was delayed from it scheduled launch at the end of 2020 due to production delays, it does come with two changes from the original plan for the release. First, Rojas has added a 5 x 50 robusto size to the line, joining the 6 x 50 toro and a 5 1/2 x 46 short corona. Also, pricing is now between $7.50 and $8 per cigar, a bit lower than the original range of $8-$9.

The cigar gets its name from a meat preparation that traces its roots to the Caribbean and Mexico, and in particular sheep and goat cooked over an open fire or via an in-ground oven. That definition has loosened over time to include different meats and preparations. It’s also the word that eventually became barbecue.