After a delay last year in getting its new Stuffed Turkey release onto retailers’ shelves in time for the holiday it is inspired by, Viaje managed to get them out almost a month before this Thanksgiving, early enough that you could smoke them for Halloween, Thanksgiving and all the December holidays.

The Viaje White Label Project Stuffed Turkey line made its debut in 2011, apparently owing its origins to Jerry Cruz and Brian Hewitt of Stogie Review who were interviewing Andre Farkas for their blog. Cruz joked that with Viaje having established a track record of specific holiday releases (i.e. St. Patrick’s Day, 4th of July, etc), Farkas should release a cigar for Thanksgiving called the Stuffed Turkey. Several months later, the cigar began showing up as part of the company’s fall releases.

It is housed under the White Label Project line, which Farkas has described as “the vehicle by which we will release experimental blends, shapes, mash ups, factory errors, etc.”

As was the case last year, there are two versions of the Viaje WLP Stuffed Turkey this year: White Meat, which is a Nicaraguan puro using a Corojo wrapper; and Dark Meat, which uses a Mexican San Andrés Maduro wrapper over Nicaraguan binder and filler.

With the release of these two Stuffed Turkeys, the Viaje White Label Project line grows to twelve entries: 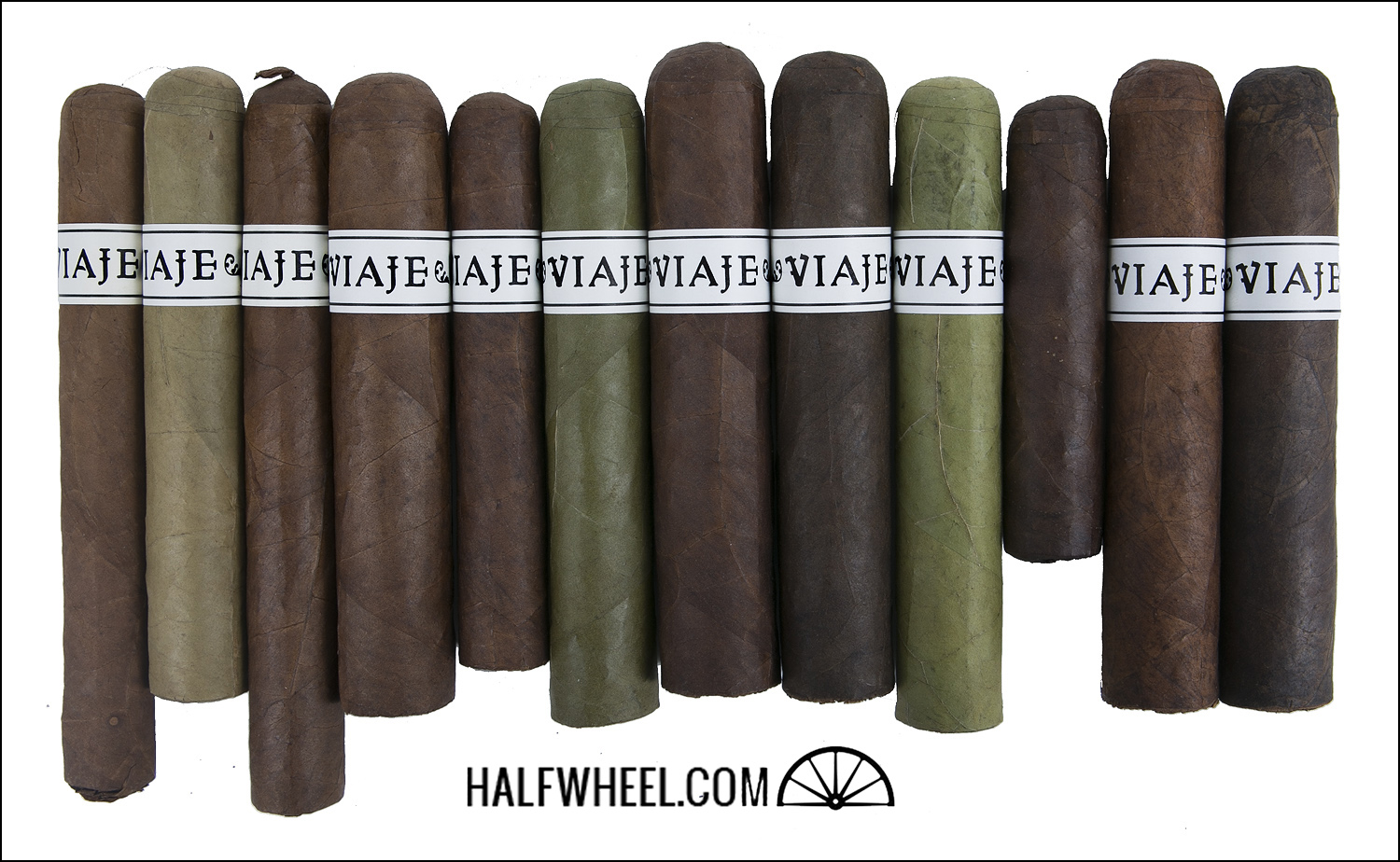 **The number of bundles was misprinted as “200” in the original release of the Stuffed Turkey.

Continuing the packaging theme of the White Label Project, the Stuffed Turkeys come in 25–count paper wrapped bundles with a factory sticker indicating some of their details, with white paper for the White Meat, black paper for the Dark Meat. 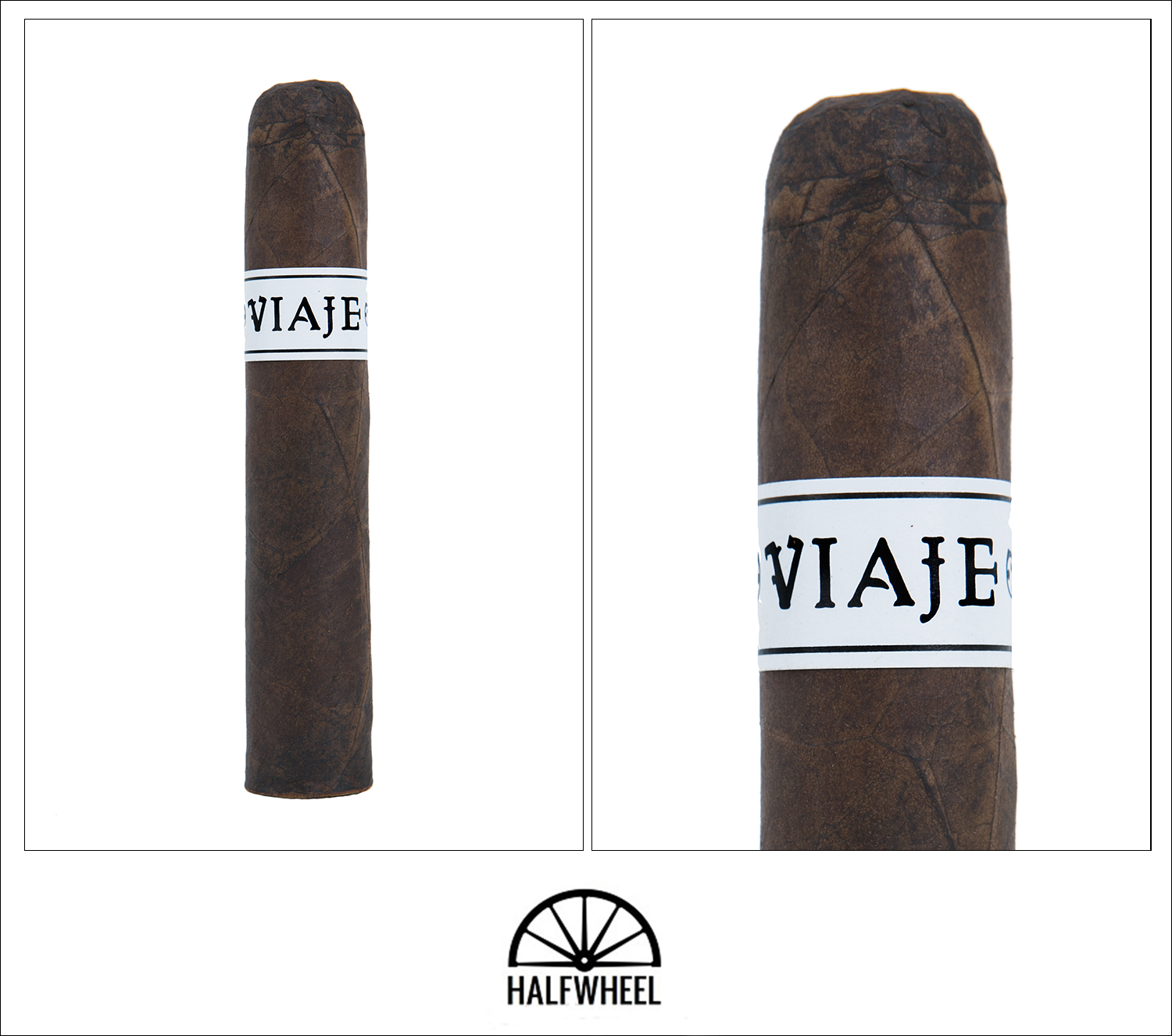 The Viaje White Label Project Stuffed Turkey Dark Meat is wrapped in a dark brown leaf with a bit of sheen to it and a few pronounced veins, though their offshoots are very small. There’s a little give up and down the cigar’s length, but it certainly doesn’t feel underfilled. An incredibly bright pre-light aroma jumps off the foot of the cigar, a combination of wood, berries, slightly damp tree bark and ready-to-be-cooked meat round out the aromas. The cold draw is open—too open for my liking—and carries a bit heavier note of soup broth with a decent bit of pepper.

Right out of the gate, the cigar has this tangy, saucy note that is incredibly hard to place either by taste or by smell. It reminds me of some meal I’ve had but I’ll be damned if I can tell you what it is. In a way it reminds me of a sauce I’d imagine poured over a steak, though I can’t be 100 percent sure about that. While it’s only faintly present right when the cigar is lit, there is a building pepper note that makes itself known within the first quarter inch of burn and absolutely explodes when the first clump of ash drops off. The flavors become a bit more familiar by the time the cigar has burned through its first inch, as a decent amount of pepper leads the way with steak, earth and wood notes meshing together in the background. Smoke production is more than sufficient, with the ash varying from medium gray to almost black, depending on the section. While the draw isn’t quite as loose as it was before the cigar was lit, it’s still fairly open and the burn line moves quickly up the cigar, with the second third beginning about 25 minutes after the cigar was lit. Once the flavor gets established in the first third, there isn’t much of a shift once it gets into the second third, though the smoke has added a touch of creaminess which now just flows out of the cigar and helps soften the flavor a bit. Past the midway point it becomes a bit more pointed and less earthy, with the pepper still playing a significant but not overpowering role, and right at the end of the second third, the pepper and fullness of the flavor takes a marked step forward and sets up for an interesting conclusion. The change from first third to final third in the Viaje WLP Stuffed Turkey Dark Meat seems to be mainly a softening of the earth via the addition of a creaminess that provides a bit of padding for the flavors. The pepper is still there, the strength is still there, and the core flavors are still there, as well as a good bit of aroma that saturates the air. A few combustion issues hampered the finish but should be relieved either with dry boxing and/or some rest to let any excess moisture dissipate; when given the chance to air out a bit, the cigar finishes with a decent amount of pepper and strength, though with a draw that is still a bit too loose, it’s a challenge to keep the cigar cool enough to be totally enjoyable. 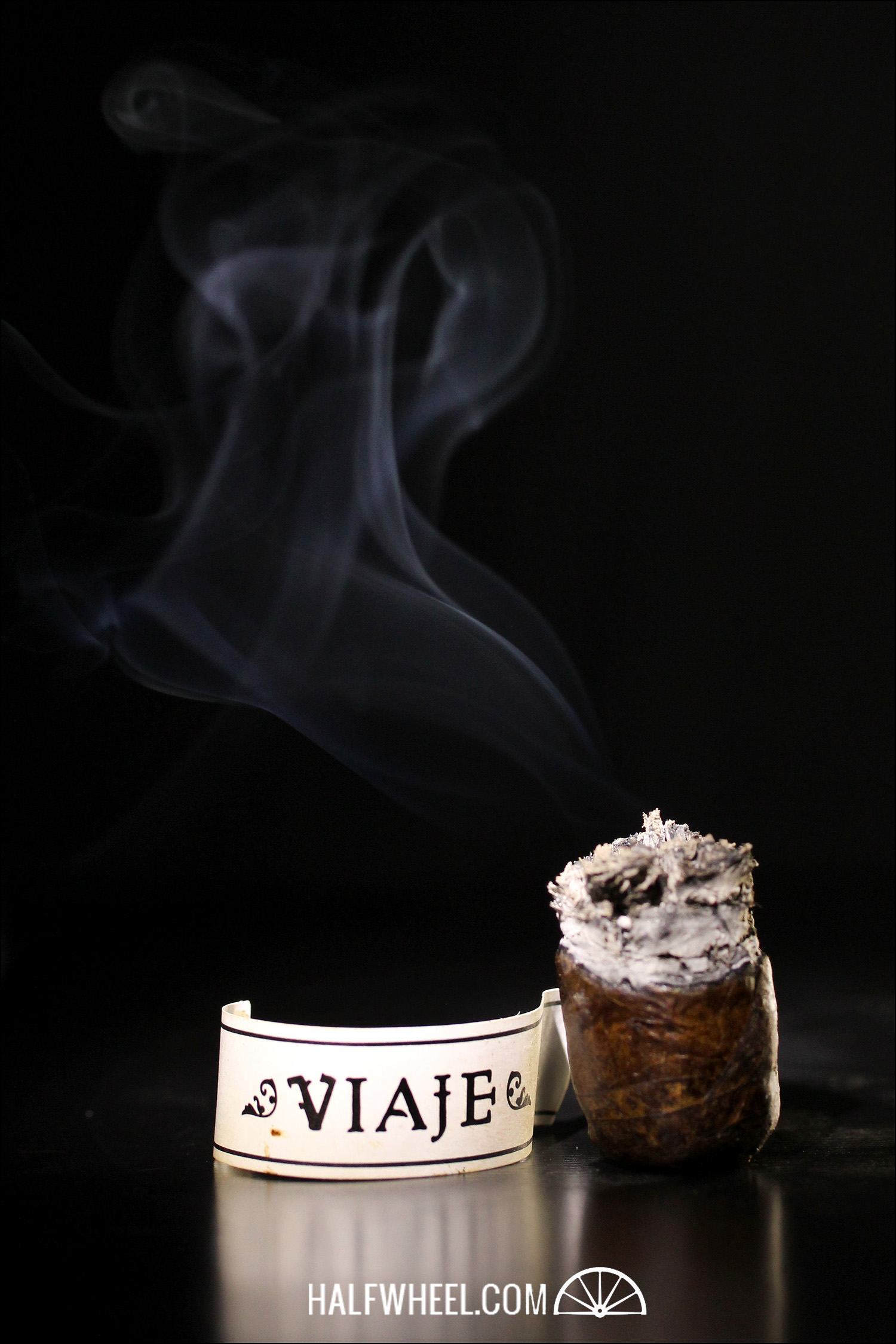 By and large, the Viaje White Label Project Stuffed Turkey Dark Meat is an enjoyable cigar: it offers a hearty amount of pepper and spice with some decent notes of earth and meat, plus some strength that will match up with even the fullest of Thanksgiving dinner plates. While it isn't the most complex cigar you'll find, it seems to have improved on the previous years' releases which suffered from draw issues and uninspired blending. Yes, the draw was a bit loose, which reduced the smoking time quite drastically for such a big cigar, and it wouldn't hurt to give it some dryboxing time to ensure you'll be able to burn it as far down as you want. You won't confuse this for any of Viaje's better offerings — which for me are found in the Exclusivo and Super Shot lines — but for what it is, a limited batch smoke geared for a certain holiday, it's not a bad option.