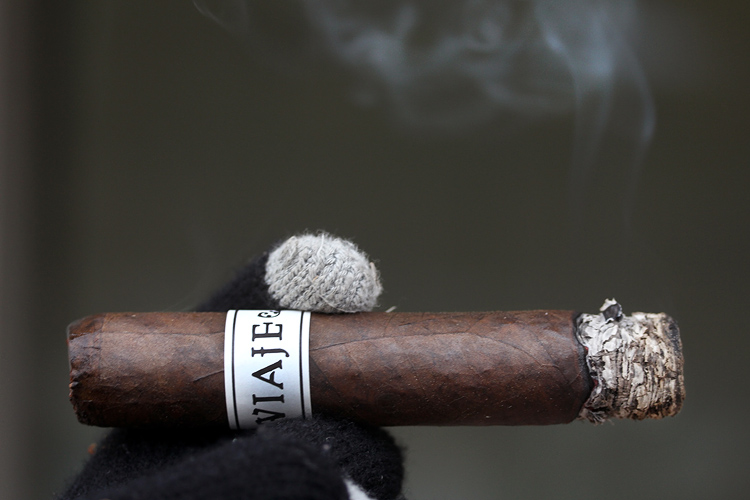 Earlier this month, Viaje shipped retailers two versions of the second release of its WLP Stuffed Turkey, White Meat and Dark Meat. Brooks Whittington reviewed the former recently and I decided to tackle the latter of the 5 x 60 vitola and the latest entry into Viaje’s White Label Project series.

The story behind how this Stuffed Turkey got it’s name is as unlikely as it is amusing. Apparently, while Jerry Cruz and Brian Hewitt were interviewing Farkas for the blog, Cruz joked that since Viaje was big on specific holiday releases (i.e. St. Patrick’s Day, 4th of July, etc) the company should release a cigar for Thanksgiving called the Stuffed Turkey. Well, apparently Andre took it to heart, as the joke has now become a reality.

In the video we were joking around with Andre about all of the Viaje seasonal releases and I made a comment about how he was just missing a Thanksgiving themed release. That was July. Fast forward to today and I get an e-mail from Andre as well as a mention on his Facebook page confirming Charlie’s post and our inspiration for theViaje WLP Stuffed Turkey.

The 2012 version was delayed until December. We covered the delay in an article on November 12th:

Viaje has announced the 2012 release of the WLP Stuffed Turkey has been delayed until “Christmas.” A message on Facebook blamed a “shipping delay.”
Stuffed Turkey is the Thanksgiving release for the WLP series, inspired by a conversation with Stogie Review at the 2011 IPCPR and was expected to add a second release with brand owner Andre Farkas hinting there would be “white meat” and “dark meat” versions for 2012.
The message read:

UPDATE – Due to a shipping delay, WLP Stuffed Turkey will be released for Christmas this year opposed to Thanksgiving as originally planned.

A December release of Stuffed Turkey would mean a roughly nine month gap between Viaje White Label Project releases with the most recent release being the WLP St Patrick’s in March.

The Viaje Stuffed Turkey Dark Meat is packaged in the basic White Label Project packaging, in black paper, as opposed to the White paper of the WLP White Meat. 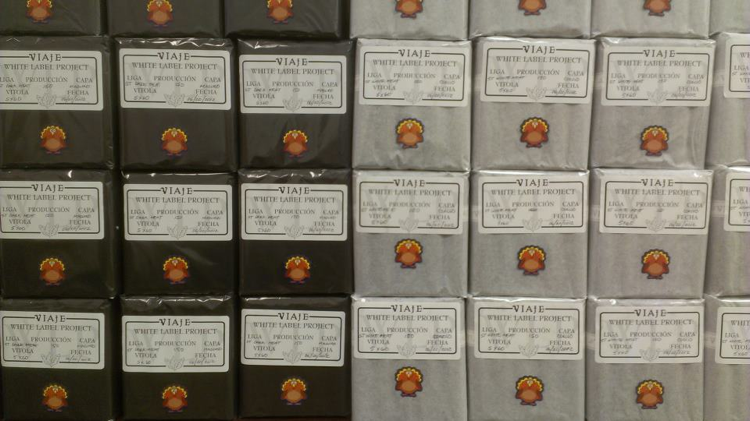 While it’s not entirely apparent in the photographs, under neutral light the San Andrés wrapper has a bit of a green tint to the otherwise dark wrapper. The cigar is cleanly rolled on the outside and the Mexican wrapper has nothing to complain about. Aroma-wise there’s some barnyard, joined by pungent nuts on the foot and somewhat of a cedar. The cold draw of the WLP is tight, somewhat fruit and a bit sweet with some nice pepper underneath. Overall, a pretty good cold draw.

The first third begins with some sweet cedar and a decent nuttiness. Flavor is not the issue as it eventually develops into a mild cedar note, earthiness, grass, leather and fruit through the nose with a consistent pepper on the back of the tongue. “Ridiculously tight” and “unfortunate” are the two ways my first third notes describe the draw. It’s that bad. Bad enough that this goes down in the “cigar is getting smoked solely for review” category. 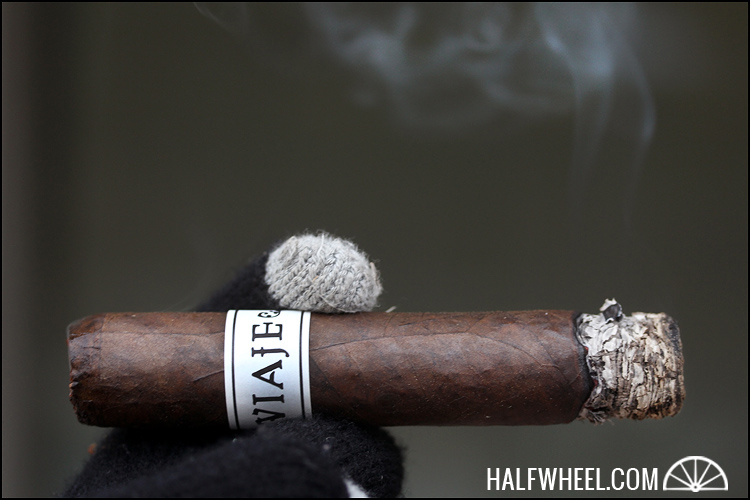 Into the second third and the most pressing issue—the draw—is unresolved. There’s some added greenness, possibly due to some developing tar, but I notice it on the second Dark Meat I smoked, which doesn’t suffer from the tar problem. The fruitiness disappears, but the cedar notes gets bigger. While no flavor is particularly dominant, the overall flavor is full and leads me to believe tasting the second cigar of the day would be challenging. Smoke production is below average and inconsistent, likely due to the aforementioned draw. It’s usually not a good sign when the final third gets described as “relieved” in my notes, but the draw is really that bad. Flavor-wise the Viaje hasn’t changed much, an enjoyable grassiness, but each puff as the two hour mark nears becomes a larger struggle. Outside of complaining about the draw, it’s apparent the flavors are not as developed as some other Viajes—they are there and full, but not complex, individually or together. I smoke one past the inch mark, but this photograph doesn’t need to show much more than the below. It was a struggle. José Blanco has a saying, "nothing ruins a good cigar like an asshole." The footnote to that has to be, "nothing make a cigar more difficult to smoke like a bad draw." We live in age where there is not an abundance of poorly made cigars amongst the recognizable brands and as such, experiences like this stick out. Flavor-wise, the Dark Meat version of the Stuffed Turkey was average at best, but that's secondary issue. The draw of the Stuffed Turkey was consistently in a place that would see me normally chucking the cigar. Different cuts, more cuts—even a draw tool didn't change the cigar and I think the picture above shows why. As a champion of the Lancero vitola and small ring gauges in general, I've heard my fair share of the criticisms regarding thinner cigars and problematic draws. As you might expect, it really doesn't matter the shape of the cigar when a cigar is overfilled—it's just bad. I'm all for the fun regarding releases like this, but like most things in life, you have to do the basics right first.