On March 12, we reported that Viaje had shipped a number of new cigars to retailers, including three new entries in the Skull and Bones series: the WMD, the FOAB, and the cigar being reviewed today, the MOAB.

These three releases brings the total number of Skull and Bones releases to 11. 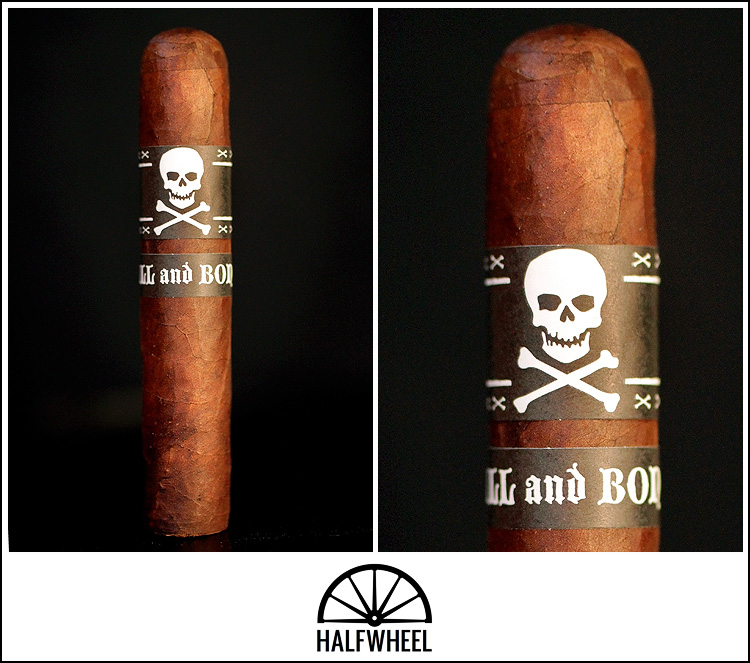 The pre-light aroma is loaded with notes of wet wood and bark, though any strong pepper content isn’t readily apparent in the first two cigars. A few extended sniffs seem to suggest it’s lingering in the background, but what pepper is in the MOAB doesn’t reach out and grab hold of the senses until the third cigar. Cold draw is easy and fairly unchallenged, with some faint pepper but nothing up-front. Soilis the predominant note here.

The first third of the Viaje MOAB wastes no time getting down to business: dry wood leads the flavor charge, providing a spice-like tingle on the tongue before pronounced notes of pepper come out within the first 10 puffs. There’s a hearty amount of smoke both at rest and in action, giving the nose a full-time sensory experience. The pepper backs off a bit as the transition to the second third begins, giving the MOAB a hearty, robust flavor that has some spice but is driven more by a rich, meaty note with a background of dry wood. A fairly uneventful second third is salvaged by a bit of pepper coming out as the MOAB moves to the final third, and while it’s relatively mild on the palate it really lights up the nose. The flavors hold steady in this part of the cigar, though the consistency causes a bit of boredom. While the smoke output slowed a bit in this portion, it still puts out a good amount of smoke. Some notes of sour wood appeared in the third cigar, a flavor not picked up in the first two cigars smoked. The final third begins with a return of pepper and the addition of a dry, chalky note that hasn’t been tasted to this point. When the pepper dies down on the palate, it remains very present in the retrohale, giving the nose the majority of the action. The finish varied significantly in each cigar: one is much more upfront with the pepper while another is fairly subdued. Each finish is fine, though the inconsistency is a bit unsettling. Consistency is one of my biggest gripes with the 2012 version Viaje Skull and Bones MOAB. The first cigar was downright fantastic and was on track for a score around 90. The burn issues with the second cigar really hampered my enjoyment of it, while the third redeemed things a bit. On one hand I really enjoyed them, on the other hand, they seem to be just a rehash of the same idea making me think that Andre Farkas is the P. Diddy of cigars, putting out remixes of the original track until I don't want to listen to any of them anymore. I will give it credit for having some distinct flavor changes and much more balance than the first edition. But even with that, I don't think I'll be adding it to my humidor anytime soon.