In early December 2011, Erik Calviño of Cigar Snob Magazine posted this picture of a preproduction Undercrown. Shortly thereafter, it was confirmed that the name was in fact Undercrown Corona ¡Viva!, a Corona Gorda-sized extension to Undercrown lineup that was set to debut in Spring of 2012.

Steve Saka, president of Drew Estate, described it to halfwheel a few months ago:

The blend has been slightly adjusted to work best in this format and as a result it has been slightly increased in strength while remaining true to the blend’s inherent natural tobacco sweetness and lush earthy core. It is EXCEPTIONAL – I smoked over 50 of these in the last 2 weeks and am disappointed that I have personally depleted my stock.

The Undercrown Corona ¡Viva! uses all of the same tobacco although the proportions are a bit different in regards to visa, seco and ligero.

As for the name, Saka explains:

Corona ¡Viva! name is intended to evoke the sentiment of “…long live the crown!.” 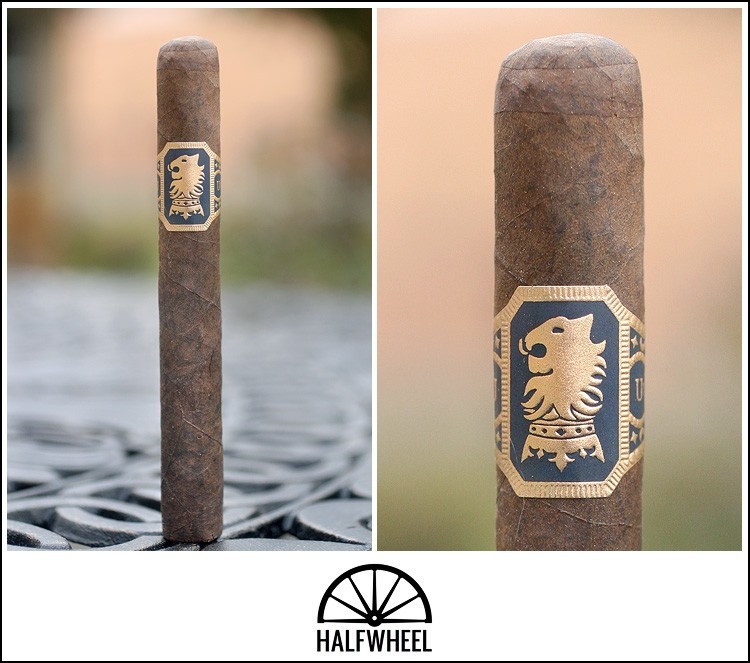 Outside, Corona ¡Viva! doesn’t strike you as being any different than a normal Undercrown: same dark Mexican wrapper, same heavy oils, same interesting feel. Aroma from the wrapper is aged leather with a bit of a Liga Privada like cocoa coming through. There’s a sweet brownie cocoa and earth mixture from the foot. Cold draw of the Undercrown is very dry and earthy with lots of leather, meatiness and a touch of San Andrés sweet cocoa, although the overall sweetness is relatively limited. Lighting produces a Liga Privada-like cloud of toasty smoke.

It begins with a Liga-like start to the first third. There’s mixture of pepper and cocoa that bitters with some cedar and then a nice meatiness takes over as pepper enters the finish. Like the cold draw, the draw stays a bit open through the first third, but it’s not a terrible concern. The Corona ¡Viva! settles with a heavy cedar note, earth and a bit of an underlying sweetness. It’s unlike any other Undercrown and quite frankly, the heavy meatiness is pretty unique for any Drew Estate product I’ve smoked. 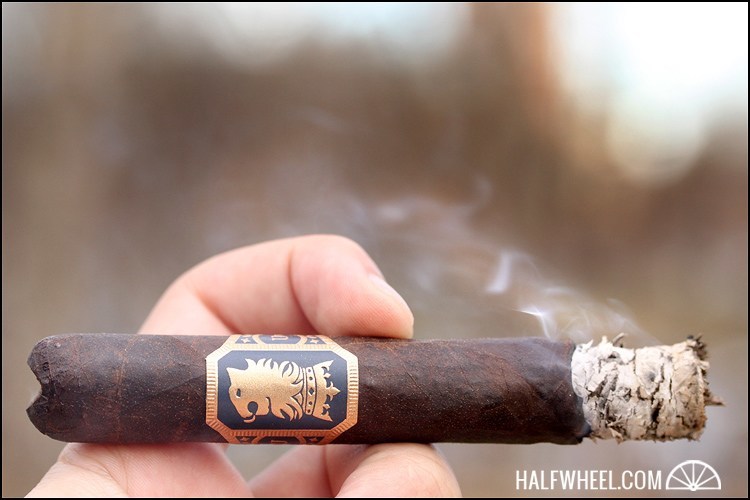 While the strength is noticeable from the start, by the second third it is utterly apparent that the Corona ¡Viva! has picked up a bit over the rest of the Undercrown line. It’s not solidly full, but it’s close. Flavor-wise the Undercrown exhibits a profile that is a bit sweeter with some cocoa notes coming through and a bit more of a hickory flavor. The pepper is now extending from the middle of the tongue to the back of the throat, particularly on the herbal finish. Smoke production is pretty simple, it mimics a Liga Privada. 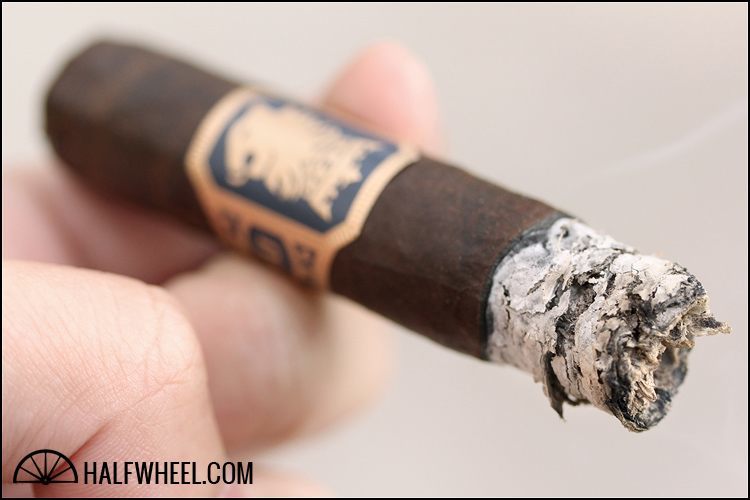 Transitioning to the final third highlights the smoothness of the Corona Gorda. It’s like butter. Throughout the entire cigar, the flavors come and go without any sort of static and really force you to pay attention. The cocoa really shows itself for a bit of the final third, but quickly the earth and cedar take over. Pepper returns to its first third position at the back of the throat. Each sample ended up in roughly the same place: less than an inch left, not hot and perhaps most surprising, still with a solid flavor.