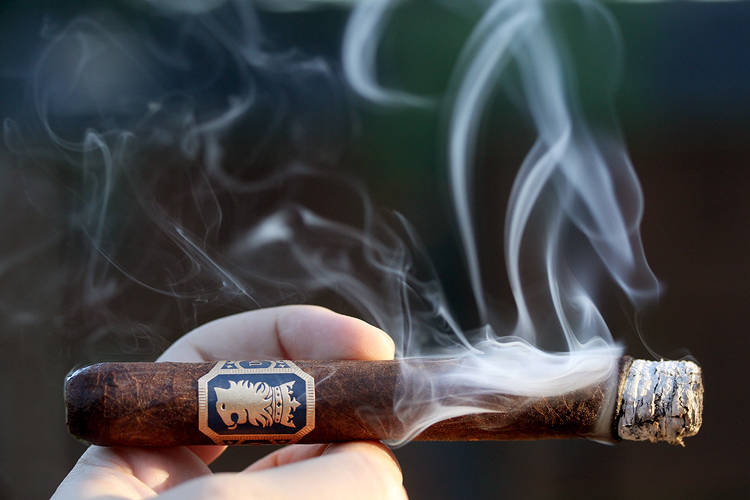 In May of this year, Drew Estate shipped its first extension to the Undercrown line, Corona ¡Viva! The idea was simple, slightly tweak the Undercrown blend to fit the Corona Gorda vitola. While the project was formally announced in December of 2011 and limited samples were available earlier in this year.

Here’s what I said about the cigar back in February:

This is hard to word. Corona ¡Viva! is the first Undercrown for me that isn’t Liga Privada’s little brother. This is a solid cigar that has its own unique flavor profile that is quite frankly pretty different from any other Undercrown. However, there are a lot of other qualities about Corona ¡Viva! that are a lot closer to Liga Privada: it’s stronger, smoke production is nearly identical, etc. All that being said, this doesn’t smoke like a Liga Privada, i.e., this isnot a Liga Privada experience. For those that were upset that Undercrown didn’t taste like Liga Privada, this is not your answer. That aside, I imagine that for a lot of people, if not the majority, Corona ¡Viva! will be the best Undercrown to date. Put me in that group.

I had one sample left from the original batch of prerelease samples and was really interested to see if like the regular Undercrown line, I would enjoy it more a few months later.

It looks like an Undercrown, it smells like an Undercrown—it’s an Undercrown. The Mexican wrapper seems to have gained some oils from what I recall earlier, although the current Undercrown Flying Pigs seem to have a bit more. The hue of the San Andrés wrapper is a bit different than most with a noticeably purple tone. Cold draw is not as dry as my notes suggest, but the earthiness and sweet cocoa are there.

And the smoke. The peppers and meatiness begin the first few puffs of the Corona ¡Viva! with the sweetness emerging five minutes in. There’s cocoa with traces of butterscotch and hickory notes, a nice change-up from what I recall. The second third takes the flavors of the Undercrown and concentrates them to a great mixture of sweet cocoa, woods and peppers. Unlike the earlier moments, there is now creaminess towards the end of the Undercrown—it’s pepper and sweetness until the end.

Oh—the smoke. It’s painting with smoke. What’s remarkable is not actually the quantity—which is not unlike the ridiculousness of most Liga Privadas and Undercrowns—but the thickness, which is at an unmatched level. Strength is a solid medium-full, a bit lighter than before.

It's not a carbon copy from before, but it's no less of a cigar. While I will be interested to see the long-term aging qualities of Undercrown—particularly given what seems like a definitive lifespan for Liga Privada—the Corona ¡Viva! is good. It's hard to say that it's a much better cigar now, but it's much different and no worse—which is a great progression.