Last year, details of the Room101 Master Collection One started coming out. The limited edition line was shown off at the 2013 IPCPR trade show and then was released in October.

The intention was to have the Master Collection Two follow shortly after and be released in 2013 as well, however packaging delays caused the release to be pushed back. While Matt Booth told halfwheel that he was expecting them to ship in February, they ended up shipping just a bit earlier at the end of January. 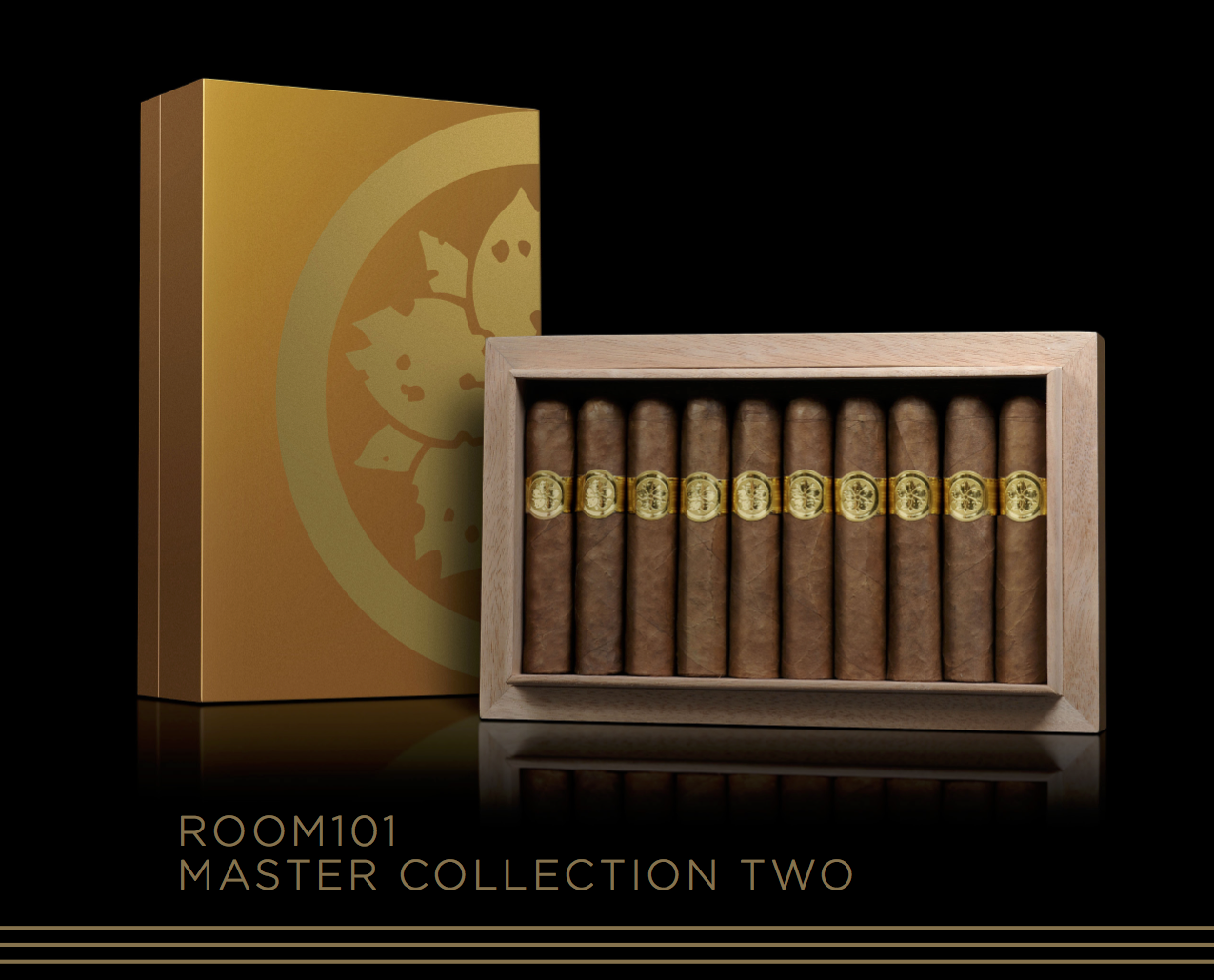 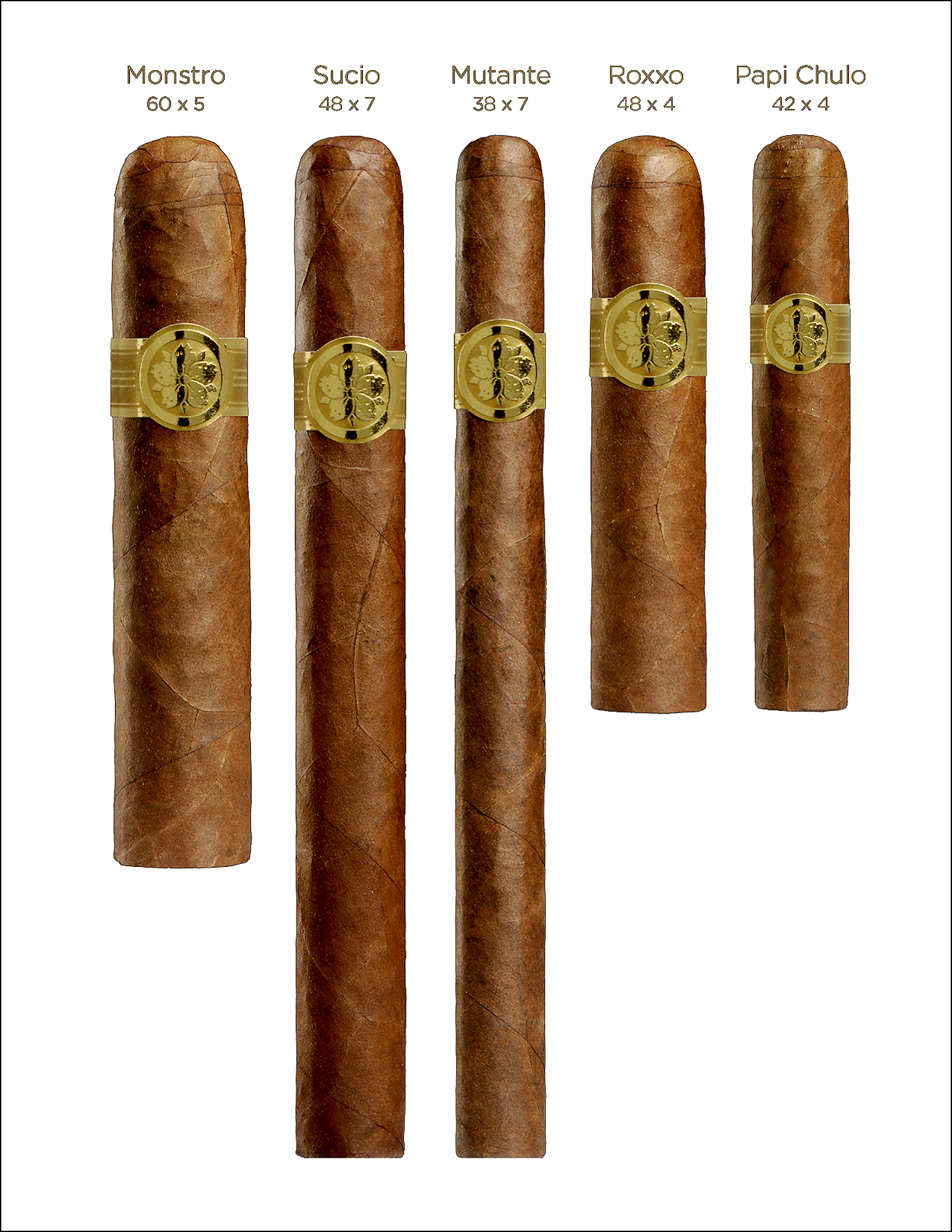 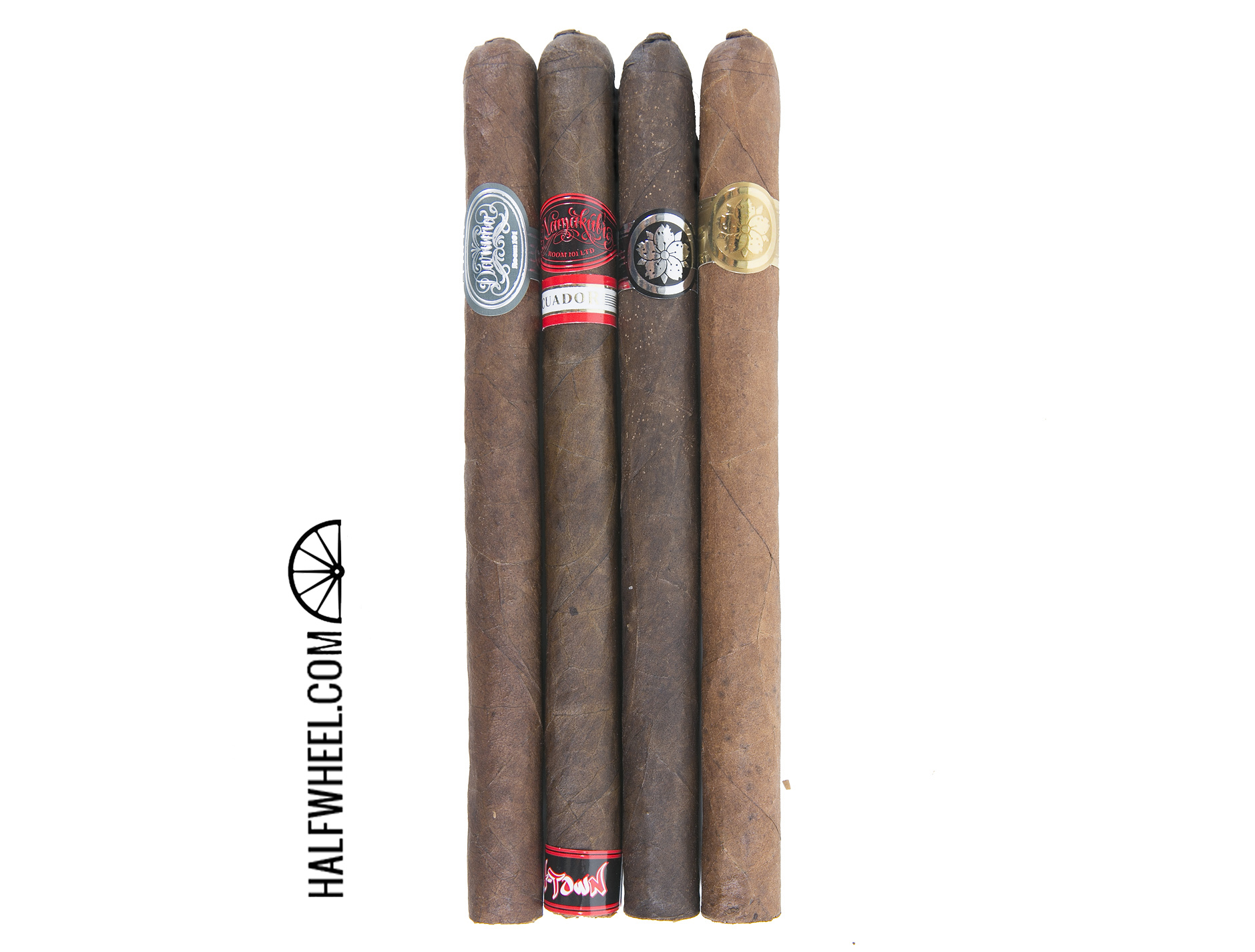 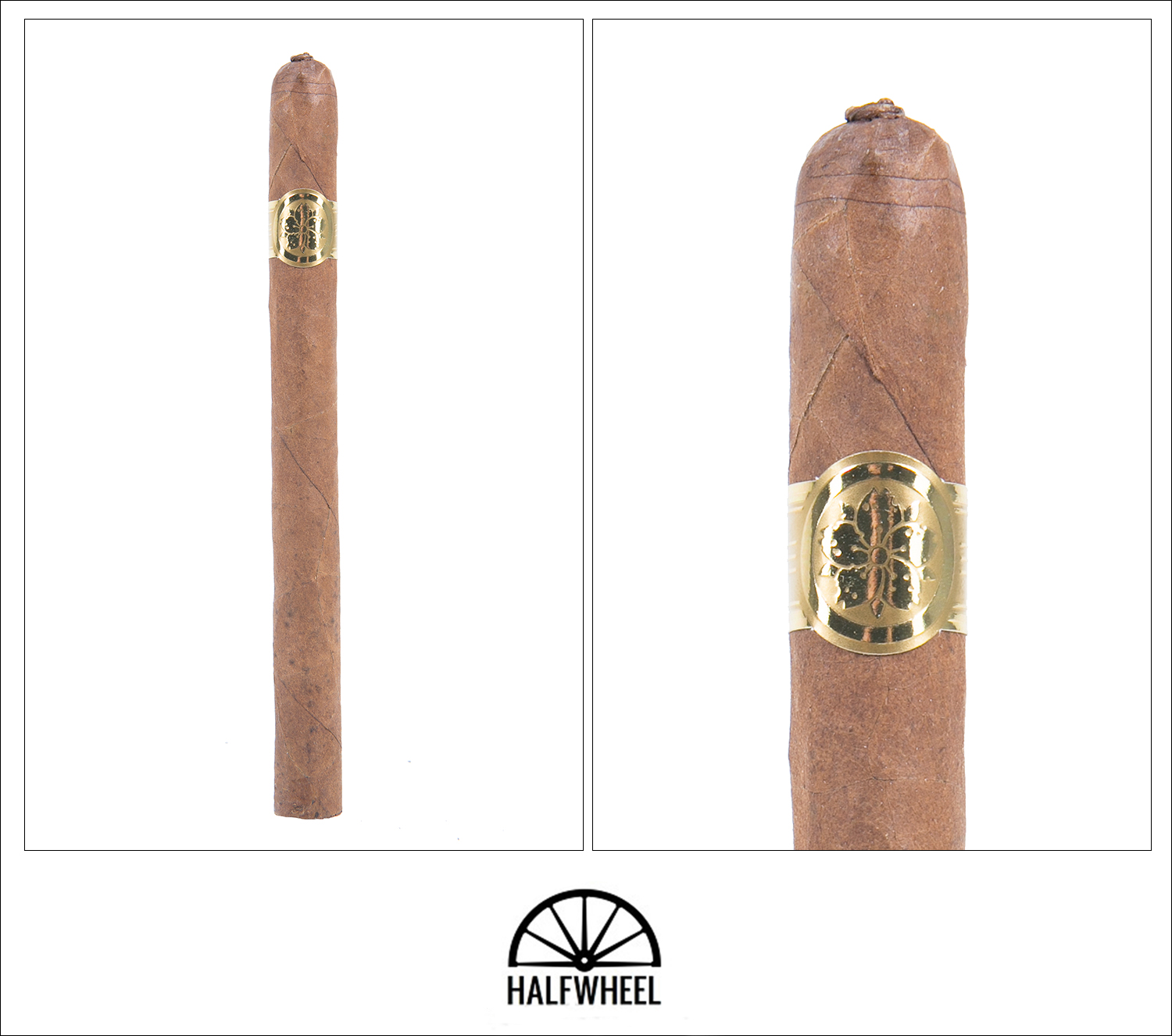 The Master Collection Two Mutante has a beautiful medium brown wrapper that has a slightly rough feel to it with a touch of oiliness. There is some slight give to the cigar, though no specific soft spots to speak of. The aroma off the wrapper is sweet barnyard, fresh hay, and light spice notes. After clipping the pigtail cap the cold draw has notes of graham cracker, sweet hay and some freshly cut grass – overall a very herbaceous profile.

Starting into the first third I get an interesting profile of sweet vanilla cookies and very light spice. The retrohale has some mild pepper that really isn’t noticeable otherwise. While the burn is pretty even, a slight touch up is needed to even out the beginning. The draw is right in the middle of ideal and there is plenty of smoke production. For a lancero the ash holds on quite strong – well past an inch. The profile has developed into an interesting mild, mellow spice profile with a slight sweetness to it – very unique and I can’t really think of another cigar I’ve tasted like it. Picking apart the sugar and spice profile there’s a touch of brown sugar, cinnamon, a little nutmeg and a bread note that makes it almost taste like coffee cake. 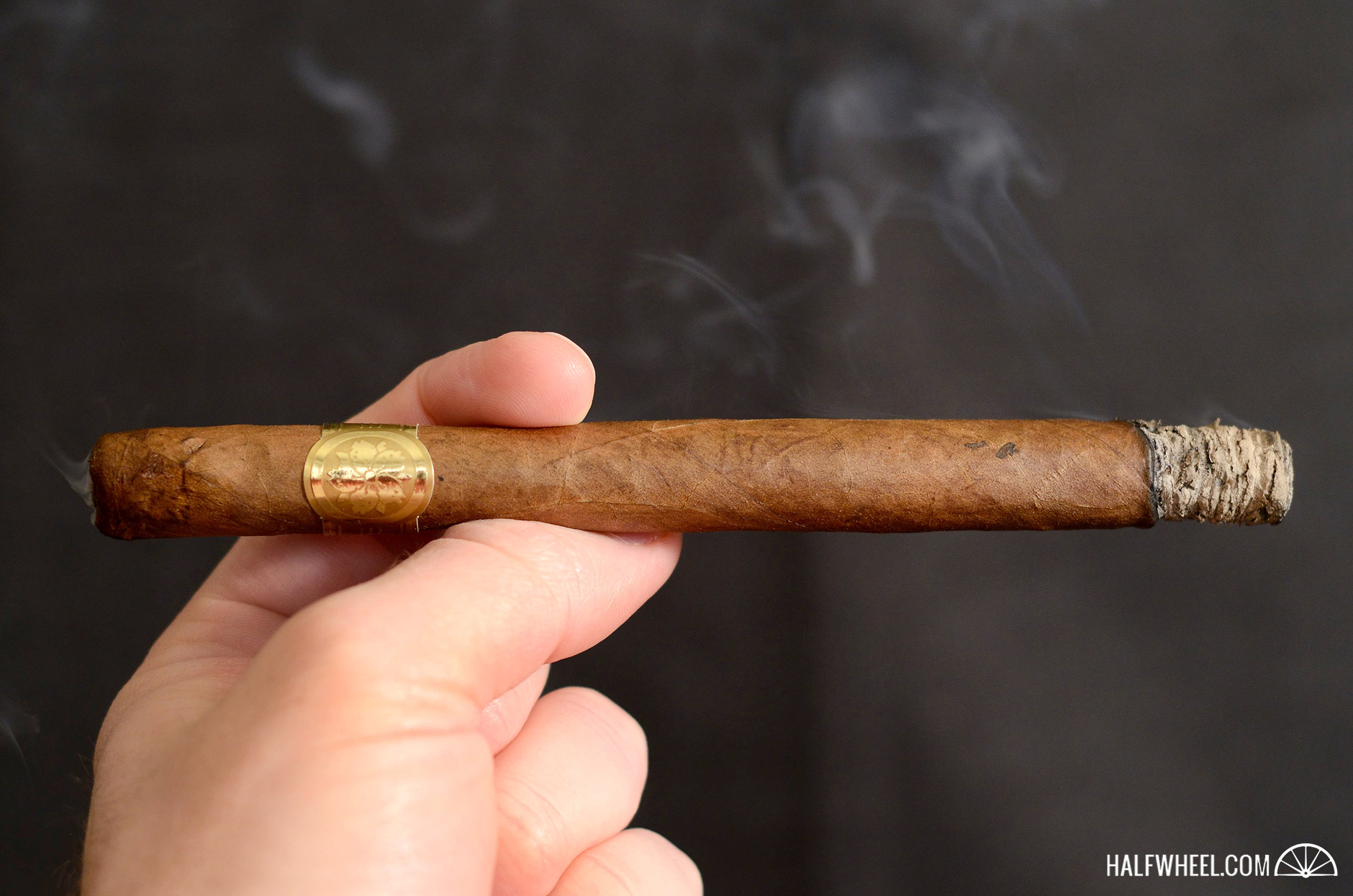 The second third begins with much less sugar and sweetness to the profile than before. The spice is still there, though the mild pepper has grown some, giving the cigar a bit of a kick. The cinnamon is starting to stand out, along with some light vanilla notes and a touch of espresso makes for an interesting and enjoyable profile. The burn continues to stay fairly even despite it not being perfectly straight. The black pepper continues to grow and the spice fade, leaving the profile less sweet and more savory. 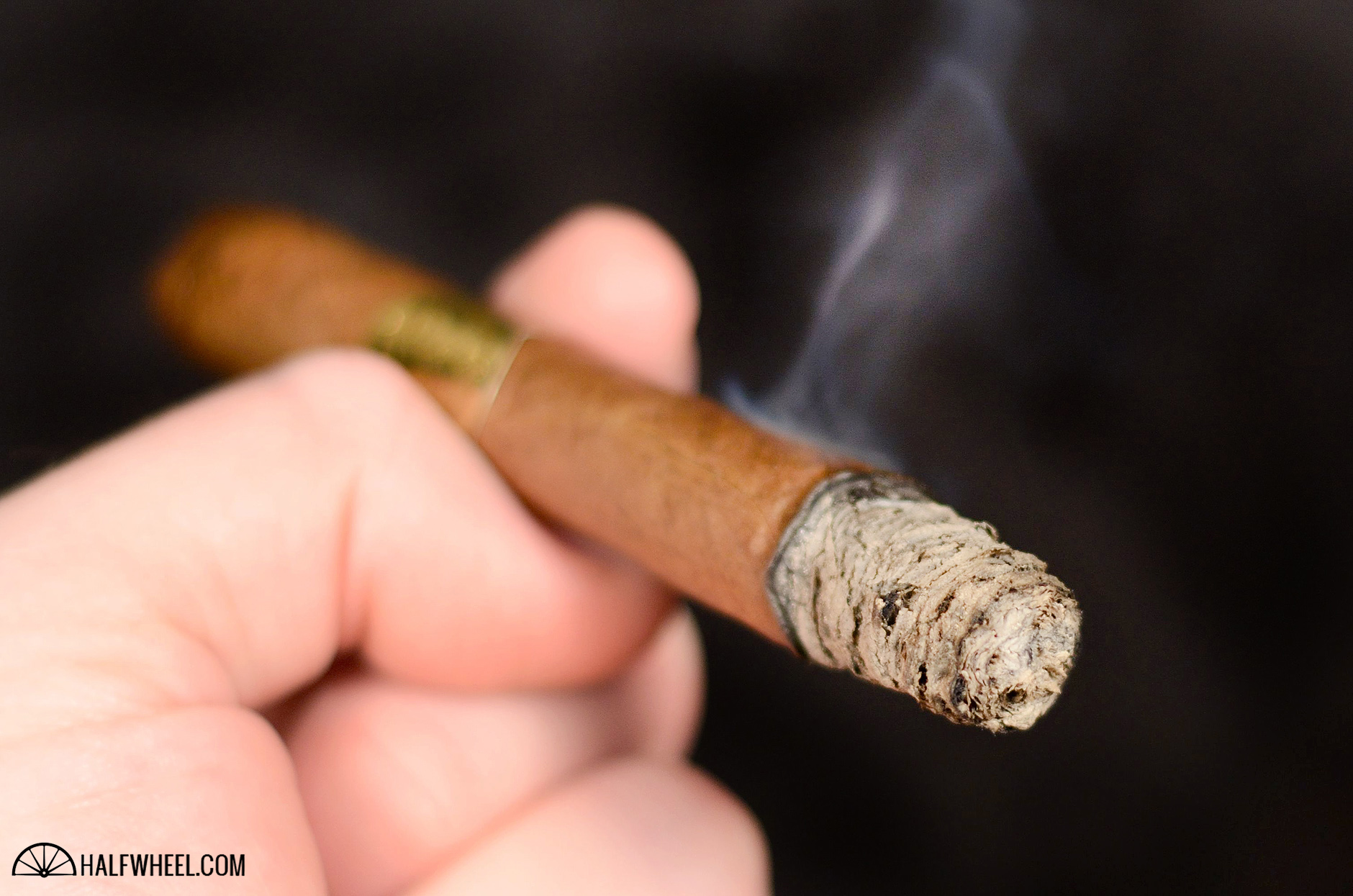 The final third sees the savory ramp up, with a profile of rich black pepper, espresso, the slightest touch of cinnamon and an almost meaty bite to it. For what started out as a mellow and mild bodied cigar, it really transformed into a full body profile while still staying at a medium strength. The burn has remained even and slow, allowing the cigar to continue smoking smooth and cool to the very end. 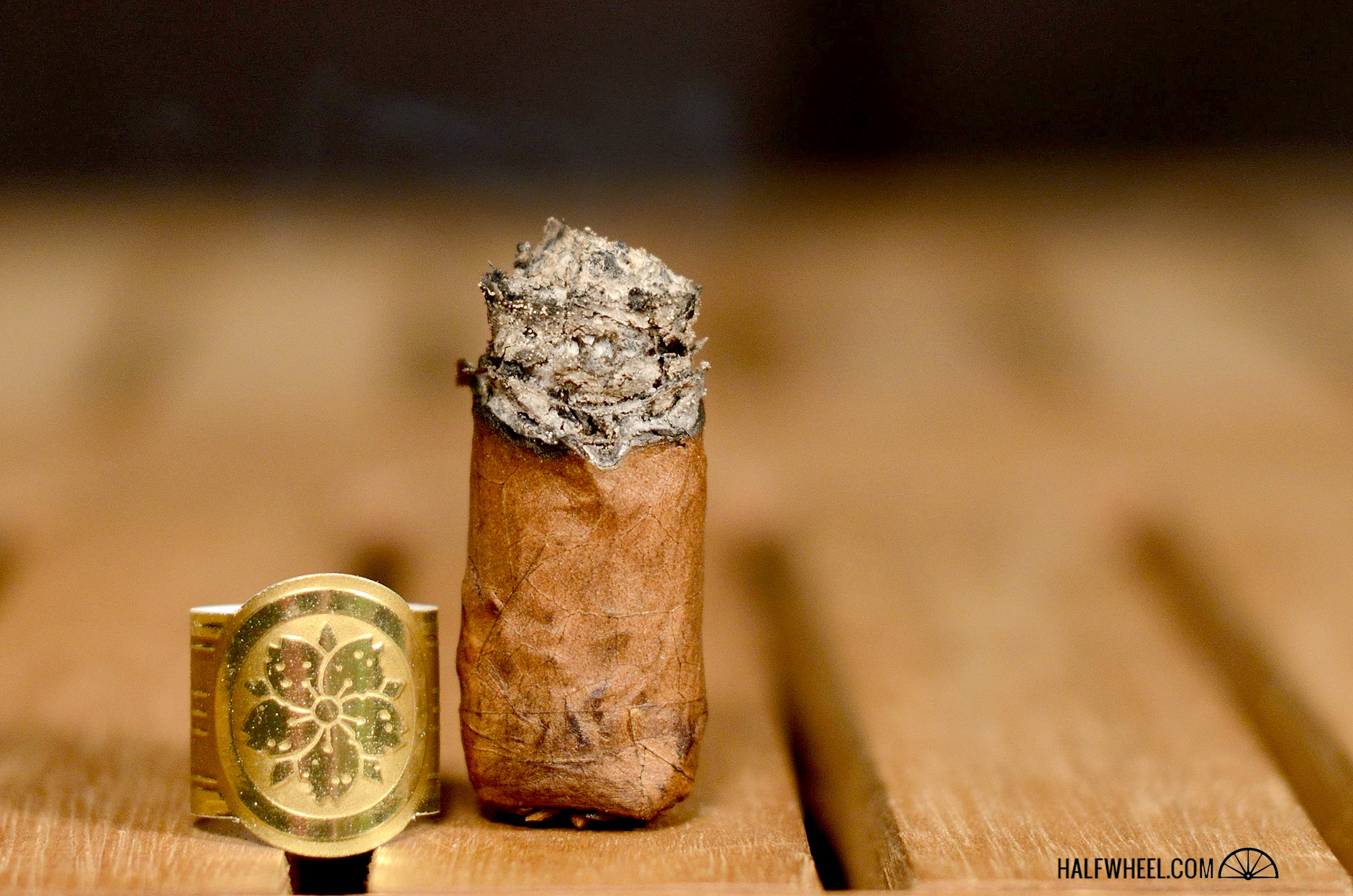 Room101 cigars are hit and miss with me. While I enjoy some, others tend to miss my preferred profile preference. The Master Collection Two Mutante however hit the nail on the head for me. Starting out with an interestingly sweet and smooth profile, it developed and changed into a bold yet still enjoyable profile that finished well. The construction was great as well, which isn’t always easy to get right with a lancero. While I haven’t had the chance to try the rest of the line, I can at least easily suggest seeking out the Mutante before this limited edition is gone.