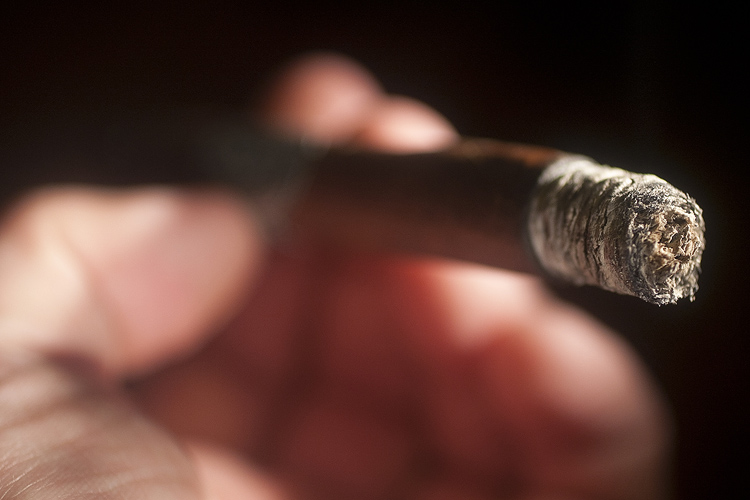 Matt Booth’s Room101 has made an annual tradition of a limited release at the IPCPR trade show. For 2012, Booth brought Daruma, which uses a Ecuadorian Habano wrapper, as well as a Brazilian Mata Fina binder, and fillers from the Dominican Republic and Honduras.

As with the Namakubi, 2012’s Daruma is based on Japanese culture and philosophy.

The Daruma doll, also known as a Dharma doll, is a hollow, round, Japanese traditional doll modeled after Bodhidharma, the founder of the Zen sect of Buddhism. These dolls, though typically red and depicting a bearded man (Dharma), vary greatly in color and design depending on region and artist. Though considered an omocha, meaning toy, Daruma has a design that is rich in symbolism and is regarded more as a talisman of good luck to the Japanese. Daruma dolls are seen as a symbol of perseverance and good luck, making them a popular gift of encouragement. The doll has also been commercialized by many Buddhist temples to use alongside goal setting.

The following is found in a small booklet that comes with each box of Room101 Daruma cigars:

Fall down seven times, stand up eight.
The single eye I have penciled in on my Daruma doll is my silent reminder that I have set a goal that is pending completion. My Daruma will become a bi-oculared character once my task is complete. I have one year in which to complete my task – and if one of my attempts should fall short of victory I will not quit, but rather try again. Because, I know that if I do not give up and my will does not falter it is never a question of “if,” but only a question of “when.” We have named our latest series after the Daruma as he symbolizes resilience – a key ingredient to our success. Use your Daruma to set a goal of your own.
Fill his left eye when you have decided what you will be committing yourself to, his right when your task is complete. As the tradition is to burn the Daruma at the end of the year, take a brief moment to ignite a fine cigar in celebration of your accomplishment.
Now get back to work.

The Room101 Daruma comes in five different vitolas at launch. They are (top to bottom): 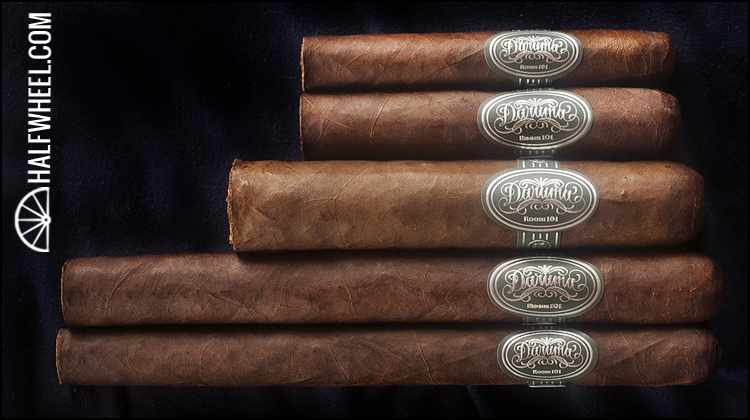 There are only 20,000 total cigars of each vitola released for a total of 100,000 cigars for Daruma in total. The boxes the Room101 Daruma are packaged in are a blue-hued grey with silver accents and look like this: 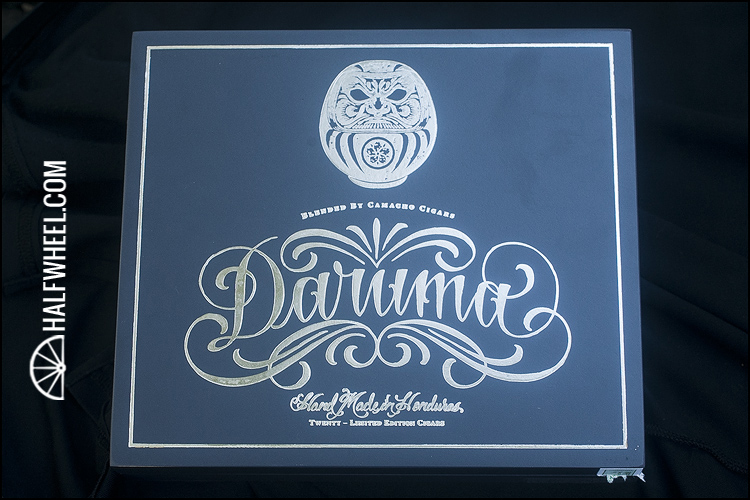 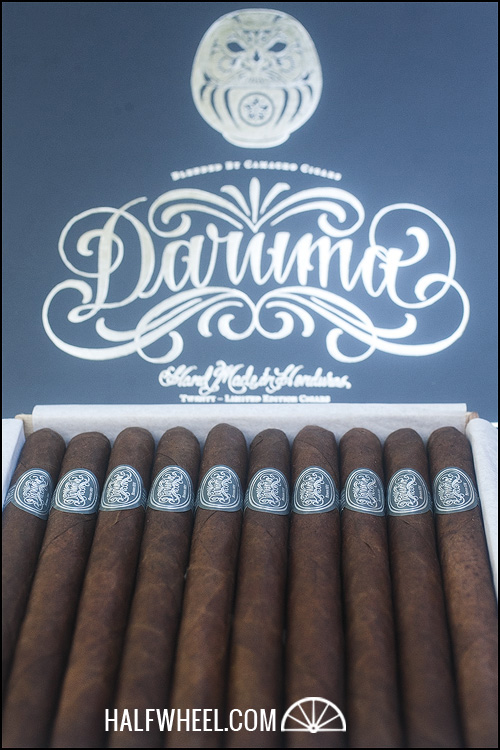 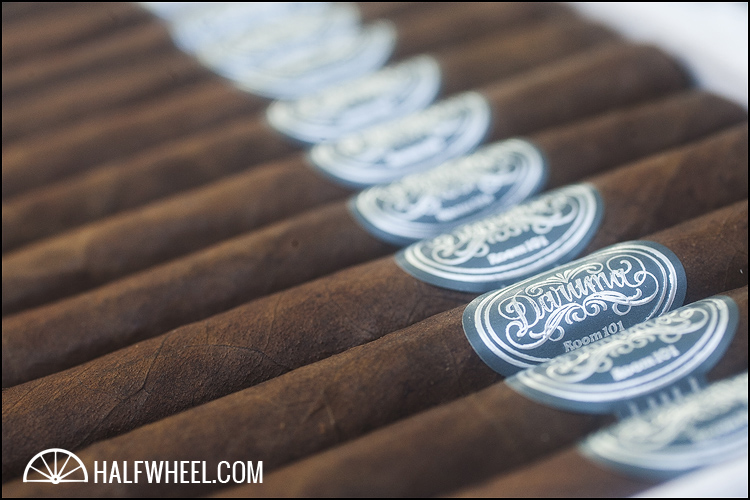 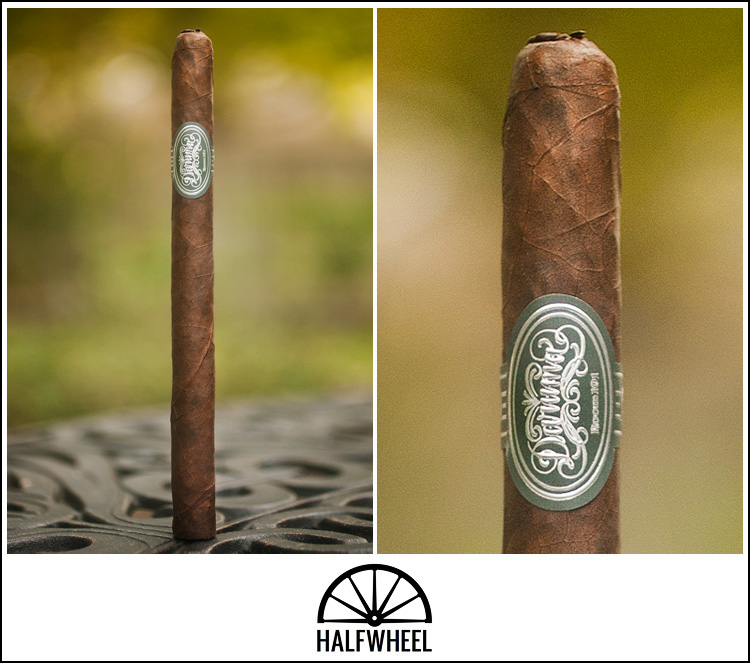 The Daruma has a gorgeous presentation with a dark espresso brown wrapper devoid of oil and veins, but slightly toothy to the touch. There is a cute little pigtail on top, but it is glued to the cap as opposed to hanging loose, a la Viaje TNT. The cigar is slightly spongy when squeezed, but not overly so, and the aroma off the wrapper is strong, reminding me of sweet cedar, rum, barnyard and leather.

The first third of the Room101 Daruma starts out with strong notes of slightly bitter espresso, coca powder, sweet cedar and tea leaves. There is a great sweetness underneath all of the other flavors, almost a cherry fruitiness, but it is not overly strong at this point only lingering on the palate. There are times when I notice a very sharp citrus note on the retrohale, a wonderful addition that sticks around for quite a while, but there is almost no spice or pepper to be found. Burn and draw are wonderful at this point and the smoke production is impressive. Strength starts out at a mild medium and ends the first third that way as well. 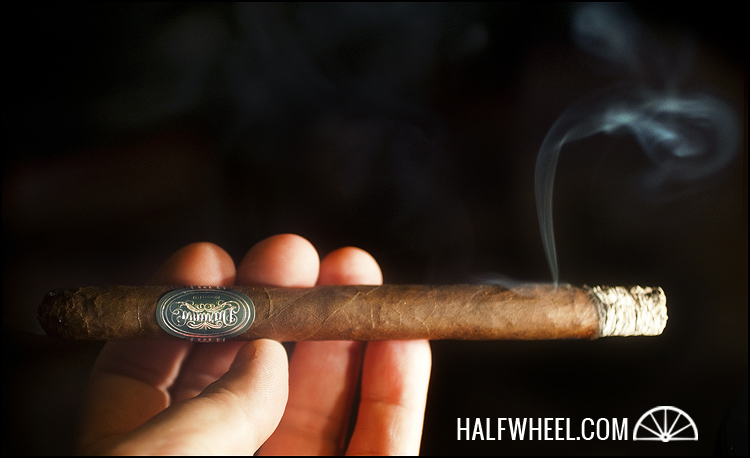 Coming into the second third and the flavor profile shifts a bit with less sweetness and more of a spicy wood background. Other flavors fight for dominance, including coca powder, coffee, leather, mocha and earth. That sharp citrus note from the first third has gotten stronger and is also a bit sour at points — in a good way — reminding me strongly of grapefruit. Strength increases slowly and by the end of the second third is a solid medium. The burn and draw remain impressive as well. 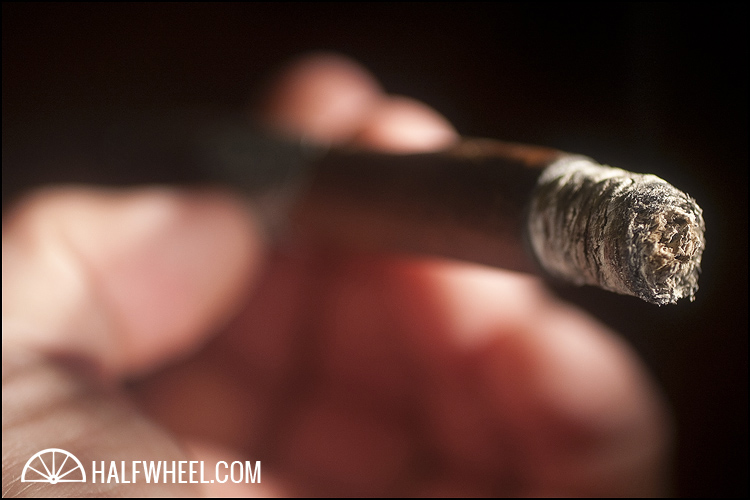 The final third of the Room101 Daruma Mutante features noticeable peppermint on the retrohale that replaces the grapefruit note, along with coffee, leather and chocolate. There is a little more sweetness at the end of the Daruma than in the second third, but not as much as the first third.  Construction remains excellent to the end with a cool to the touch nub and a perfect burn line. Strength ends at a slightly stronger than medium, quite a bit less then I expected. 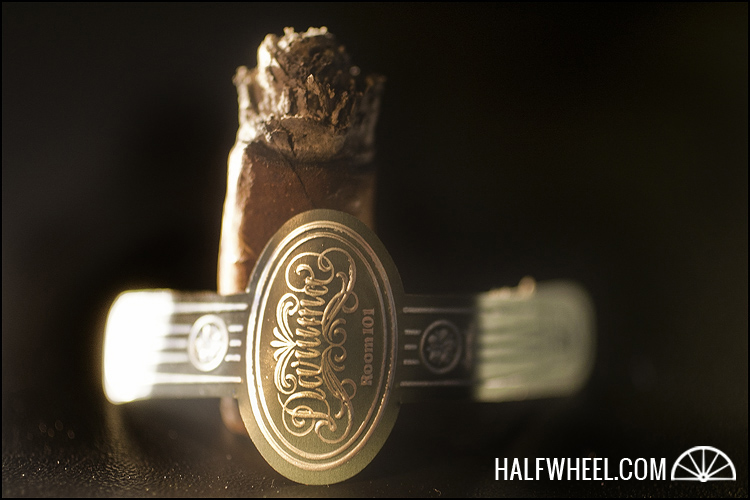