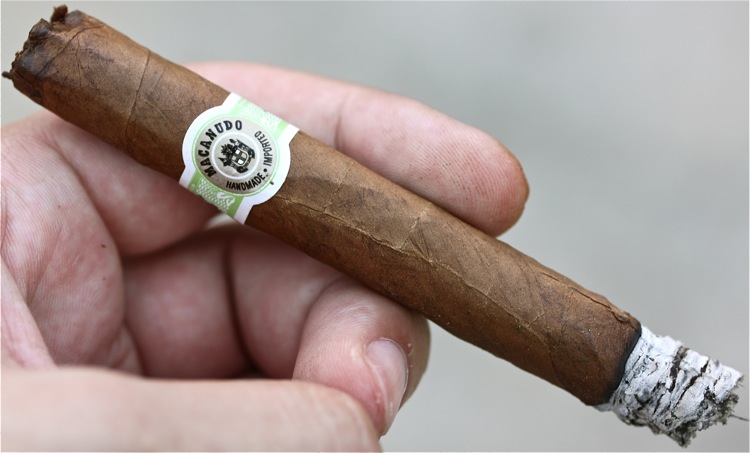 Say what? Macanudo makes a Lancero? And it comes in a tube? Well… sort of. It’s not a true El Laguito No. 1, it’s actually 7 x 34, a hair thicker than the Ninfas (7 x 33), a Slim Panatela. It’s also not a cigar that you’d really expect to be on most cigar blogs, because let’s face it… Macanudos aren’t what the typical cigar reviewer smokes. However, for the average American, Macanudo is one of the most known names of the cigar industry, hence why it’s America’s most popular selling cigar, year in and year out. 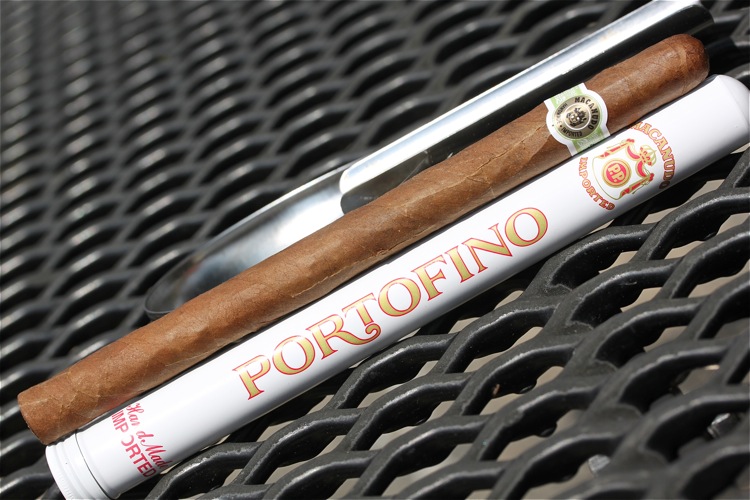 Today’s Smoke
There’s not really a whole lot of info about these online, but I felt it necessary to get a wide spectrum of “Lancero” reviews, i.e., reviews from cigars that just aren’t made by Pepín. Neither Altadis U.S.A., nor General Cigar Co. (the maker of Macanudo), are quite fond of the whole Lancero thing, particularly General. Outside of CAO, which became part of General because of a merger between the two parent companies, the closest General has to a true El Laguito No. 1 is a 7 x 37 La Gloria Cubana; a fairly astounding fact considering the hundreds of cigars General makes. Anyways, the 7 x 34 format is available in two different Macanudo blends, the Café and the Robust. Prior to smoking a few of these, I can’t say I was that familiar with the Macanudo brand. To my knowledge, I had smoked two Macanudos and a Cru Royale, the latter dubbed as a much different Macanudo.

After removing the cigar and cedar from the tube, things become a bit apparent. The light cappuccino colored wrapper has got a fairly average amount of veins, but it’s a rather rough roll. It’s not your typical (or what I remember as a typical Macanudo), it’s got sweet nuts and hints of cedar; mild, but noticeably lack the Macanudo smell I remember. While the cigar is soft to the touch, it is packed incredibly tight, concerning to extension. 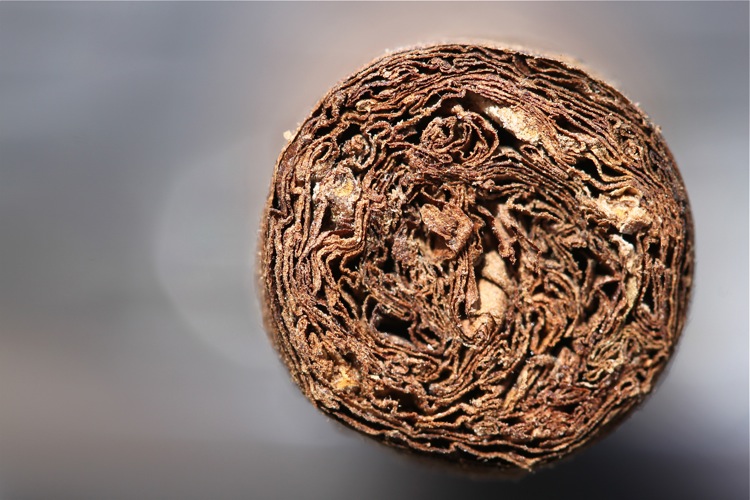 Lighting
Clipping it doesn’t alleviate any concerns as the top is rolled even tighter than the foot. Aroma from the top is cedar with a noticeable amounts of fruit, although still mild. It’s pretty clear the cigar is plugged from the initial cold draw, flavor is fruits with some tobacco. Even so, I try to light the Macanudo Portofino, it starts Cuban, real Cuban. All three Portofinos I smoked had a wonderful fruit note that develops slowly into a deep nuts leading to high salivation. And oh yeah… they are plugged, bad. 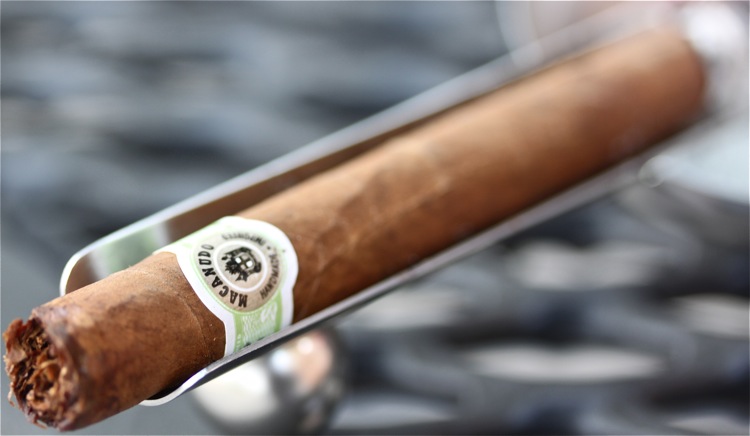 First Third
I’ll be quite honest, you can go ahead and skip to the last two paragraphs… but if you would like to know… Flavor is respectable, fruits with a touch of cedar, sweetness and hay; mild, but still somewhat complex with the richness. Finish is much of the same, an added hay note, mild with some length. The white ash holds on for about an inch and a half. And then there is the construction… It’s already awful, draw is terrible. On all three Portofinos the draw tool was a necessity and it was a single poke, multiple holes still seemed to have no effect on the draw, to be continued… 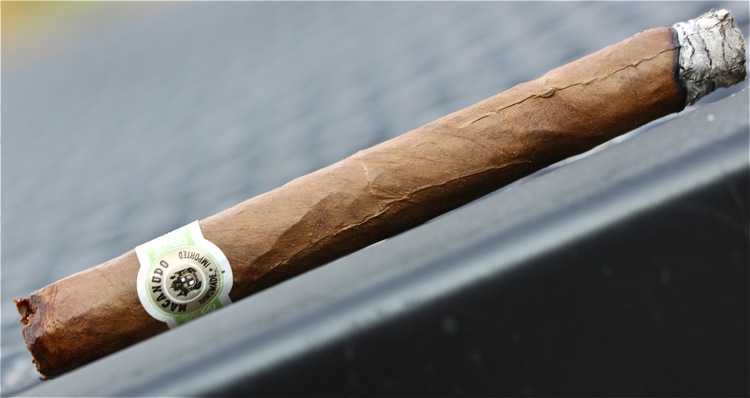 Second Third
By the middle portion, it’s classic Macanudo. That smooth tobacco flavor is overriding some cedar notes, but I think we all know what’s going on here. Finish goes from smooth tobacco to a bit of nuttiness. The real story is the stem removal process that begins. As you can see below, I pulled out quite a few stems (all those were from one cigar, and there were more still left), and every cigar had more than one that were fairly large. It’s pretty impressive for two reasons: A. you can get that many stems in a 34, B. the cigar never went out, despite me not puffing on it for minutes. Strength is where one would believe it to be mild, no change from the first third. 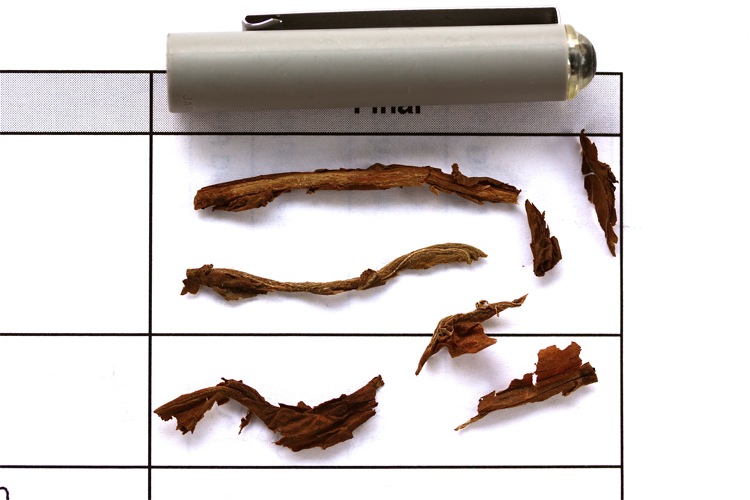 Final Third
By this point I’ve removed six stems from the Portofino. There are two more that I can see and presumably a few more inside the cigar. The cigar is mushy thanks to my surgery and it’s really a pain to smoke, although it’s still burning, albeit with an obviously open draw. Flavor is still very much Macanudo, a bit more earth than I would have expected, it’s medium with a fairly generic tobacco and cedar finish. Eventually I give up and dissect the cigar. Just as I had suspected, the binder actually has a stem attached to it (one of the reasons I couldn’t remove it), the stem portion pictured in the far right. I count three other stems in the final inch and a half of the cigar, not really shocking. This was by far the worst example that I had, but all the Portofinos I’ve smoked have had a lot of stems. 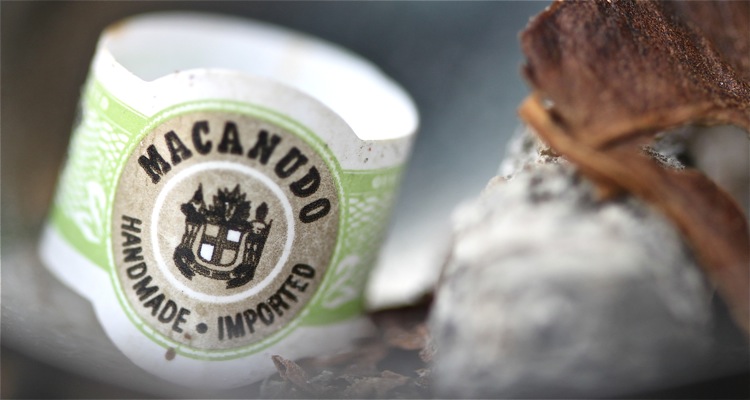 In the End
There were some shocking attributes, most notably how the cigars continued to burn at a near identical pace, even with the massive stem removal. Stems aside, it seems like someone rolled what should be a 38 RG and put it in a 34 RG mold. While I didn’t full out seven stems from each Portofino I smoked, the tight roll of all of them gives me a lot of other concern as far as construction goes.