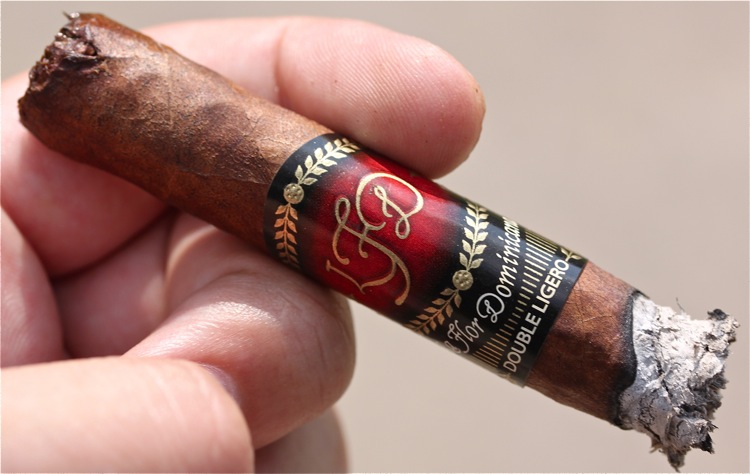 The Double Ligero is the quintessential La Flor Dominicana in my book. I’d be shocked if it wasn’t the top-selling LFD line and the notoriety has made it one of the most popular cigars in the domestic market. Litto Gomez’s love of Lanceros is no secret, so it should come as no shocked that like most of Litto’s line, the Double Ligero is offered in Lancero, a few Lanceros actually. But to me, there is really only once Lancero that should be considered as the Double Ligero Lancero, the one in Oscuro. 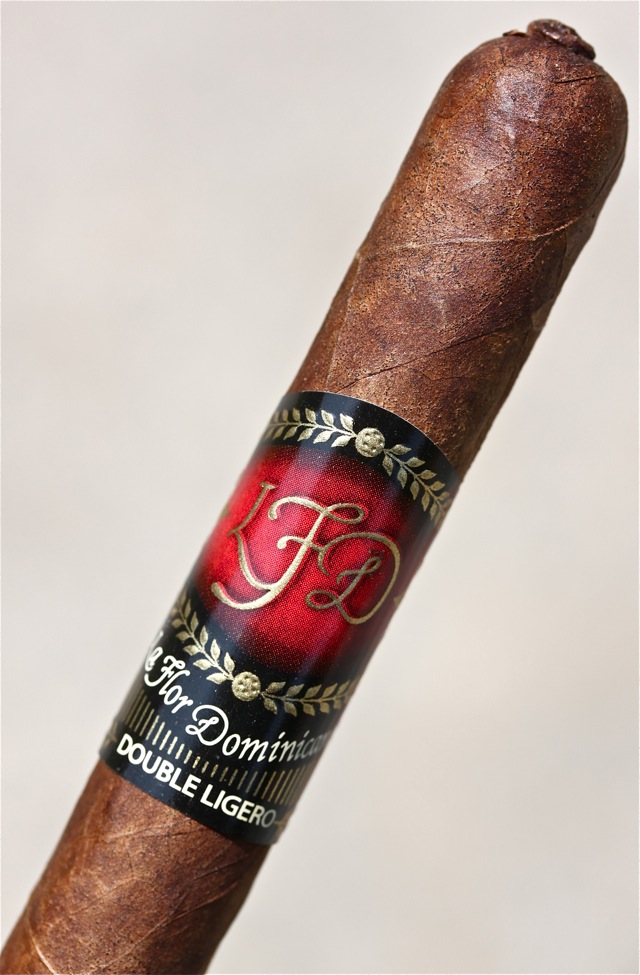 The Story
La Flor introduced the Double Ligero line in 2003 and shorty thereafter rumors of a prototype Double Ligero Lancero began to float. As of 2006 (back when these still had the old La Flor Bands) these still weren’t released, a press release indicated at least some of the story:

The LFD DL Lanceros is a special cigar in many ways. Most notably it was never intended for production. Litto made this unique size for the enjoyment of himself and dear friends. Litto preferred the Lanceros in a 7x 38 size, meek in appearance but full of La Flor’s potent double ligero flavor. The cigar was so delicious to smoke that it was nearly impossible to keep this one under wraps.

I’m not really sure what’s up with the size listed, but as far as I know these have always been 7 1/2 x 39, slightly thicker than a traditional El Laguito No. 1. There are three different renditions of the Double Ligero in Lancero: an Ecuadorian Sumatra Oscuro (this one), a Ecuadorian Sumatra Sun Grown and a Cameroon wrapped version, sometimes referred to as the “Cameroon Cabinet” Lancero. This is the easiest to find, whereas the other two are only offered in limited quantities to a handful of Litto’s larger accounts, like Jack Schwartz.

The wrapper is dark, but this should come to no surprise to anyone that’s seen a LFD Double Ligero. It’s a bit of a dull leather with good sheen and decent reds, not as oily as some of the others, notably the Churchill, which seems to be the oiliest of them all, but hearty nonetheless. Veins are average, magnified a bit by the slightly rough roll. Aroma from the Ecuadorian Sumatra Oscuro is a sweet cocoa, earthy cedar and a medium pepper that puts the LFD full on my scale. Packing is above average producing a bit tight of a roll generally speaking. The foot gives off a wasabi spice, cocoa and burnt woods; also registering as “full.” 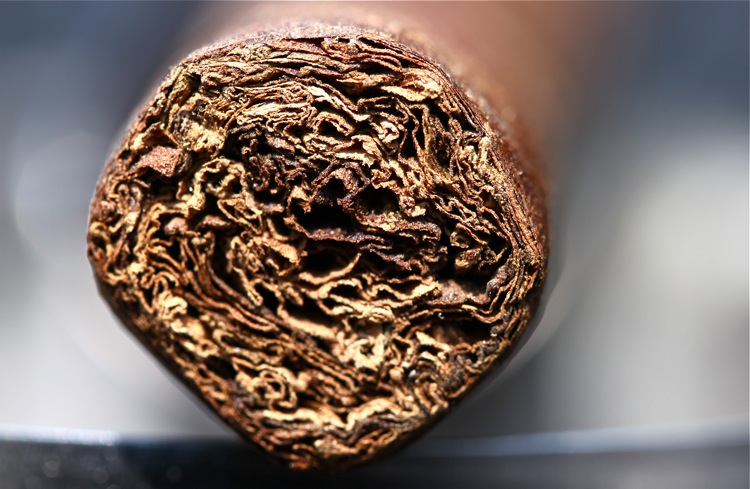 Lighting
The scissors deal with the cap smoothly. From the head of the LFD it’s a familiar wasabi, cocoa, some red pepper and a bit of acetone like flavors; once again full. Cold draw is right in the middle in terms of tightness. One of the Double Ligeros I had exhibited a fairly plain cold draw, but the other two were a mix of pepper, cocoa, gingerbread and a sour earth note underneath the full flavor. Lighting produces a toasty, cedar and peppery aroma. The initial draw of the La Flor is a dry cocoa that transforms into a sweet pepper, toasty and cedar mix with the full finish exhibiting cedar and pepper. 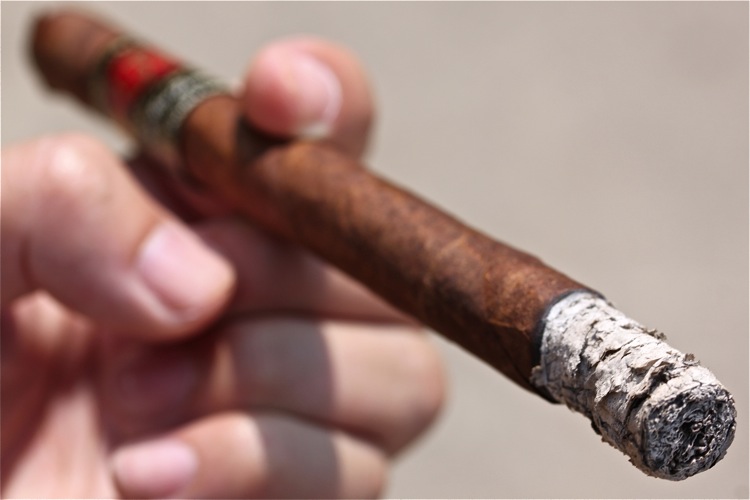 First Third
It’s definitely not where this cigar shines, but it is where the Double Ligero shows its muscle. Flavor is a rustic heavy tobacco note with the wasabi and red pepper notes adding deep amounts of spice. Finish shows off hints of cedar and earth, but the spicy tobacco mixture is still the forefront of the full flavor. Draw is a bit tight, but it produced a slightly above average smoke production that fills the Carolina air with toasty pepper notes. The medium ash holds for close to two inches as the burn is fairly straight, definitely not a construction concern from Tabacalera La Flor. 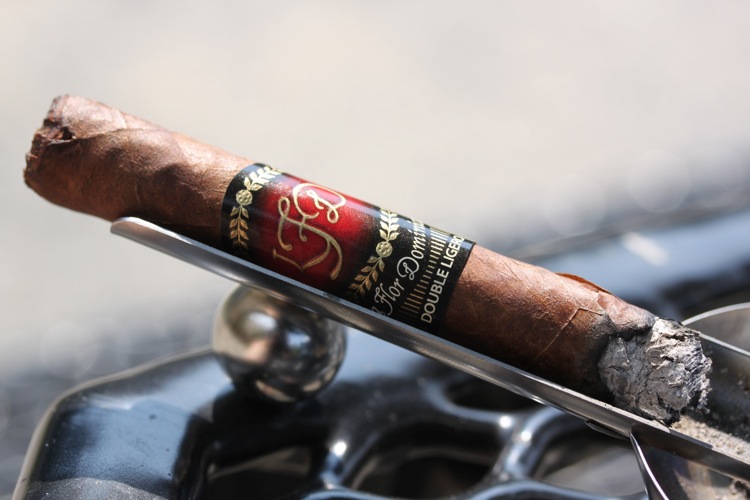 Second Third
Progression is the key word, as the wasabi goes leaving the pepper to mix with a dominant cedar note and some toasty earth tones, medium-plus. Retrohales are almost pure wasabi, mainly in the finish; but pepper, earth, brown sugar and some herbal notes make it through to the lengthy finish. Draw continues to be tight, I try to see if stem removal helps, but that generally just fails. Strength and body are both full, just like the first third; not to shocking from the Double Ligero. Aroma shifts to toasty as the La Flor Dominicana loses a bit of smoke production rounding out to average. 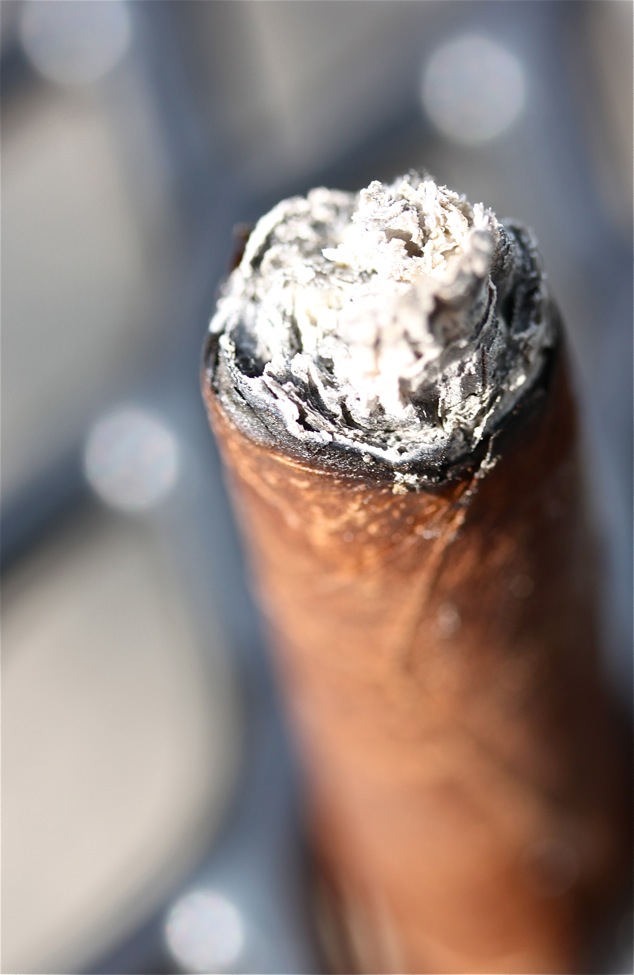 Final Third
Things keep going, and that’s a good thing. The pepper doesn’t ease up, but this is consistently the most complex and enjoyable part of the cigar. Leather, fruits, nuts and coffee bean all join the cedar and pepper, producing a medium-full, but über complex flavor. Finish extends these notes, with some of them (mainly the nuts and coffee) able to overtake the mainly dominant core. Strength, body and construction are where they were from the middle portions. At about an hour and fifty minutes in, I set what’s left of the La Flor Dominicana Double Ligero Lancero down.

For the Novice
No. 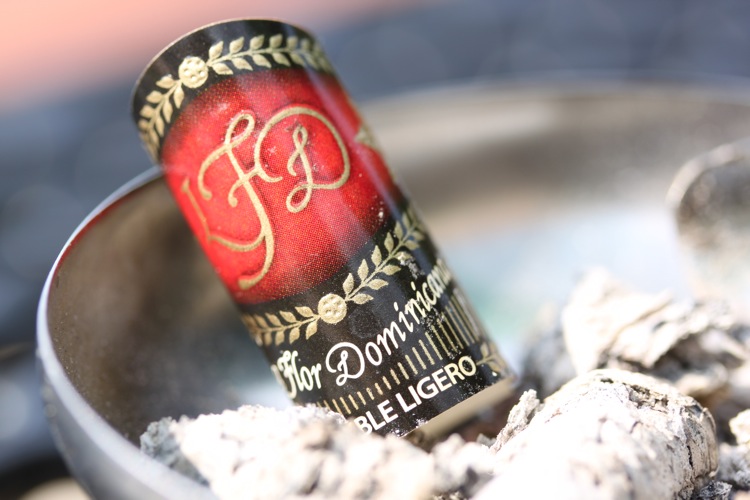 In the End
If you don’t like stems, this is probably not a good cigar. I do think dryboxing is probably a necessity with these, as the draws are a bit tighter and did seem to improve the one time I put these down for a little nap beforehand. For someone that is not generally a LFD fan, this is one of my favorite products from Tabacalera La Flor. Signatures of Litto (spice and strength) are still dominant, but it has a complexity that I really can’t say I get from a lot of the other LFD products. The Chisel is still my favorite format for the Double Ligero, but the Lancero is up there.

87. For those that oftentimes pondering complexity, this a great regular production La Flor.

Site sponsor Tobacco Locker has these about as cheap as you could possibly dream of, box of 20 for $180 with free UPS 2 Day shipping.