La Flor Dominicana had some new cigars at the show this year that featured a number of firsts for the company. In fact, the company was showing off two brand-new cigars, both of which incorporate a new habano wrapper from Ecuador that has never been used by La Flor Dominicana before.

The first new cigar is the LFD Ligero Lancero, which just happens to also be the first time the single Ligero blend has been made in the 7 1/2 x 38 lancero vitola. The new cigar is packaged in boxes of 10 and features Dominican tobacco used in both the binder and filler. 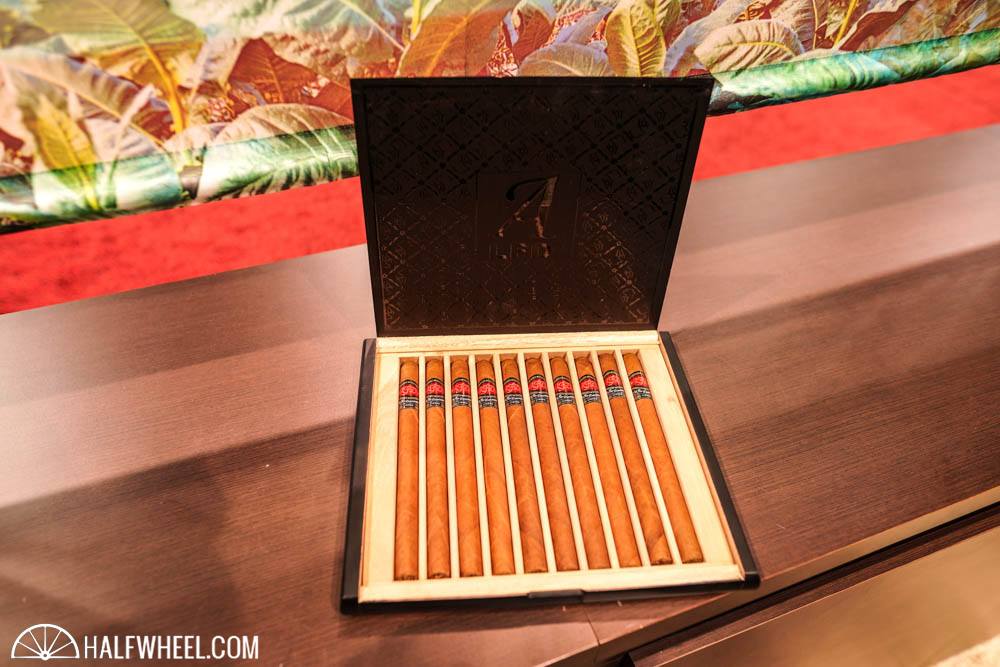 In addition, La Flor Dominicana will be shipping the LFD Ligero A, a 9 1/2 x 47 A viola that also uses the same habano wrapper from Ecuador that covers the Ligero Lancero. As with the lancero, the Ligero A incorporates Dominican tobacco in both the binder and filler and is packaged in boxes of 10. Finally, La Flor Dominicana will be shipping a brand new ashtray which was designed by company owner Litto Gomez. In fact, Gomez built the original mold for the ashtray by hand over the course of about three years and it is scheduled to begin shipping to retailers in September.