Dion Giolito’s first business in the cigar world was not Illusione, it was in retail. It’s one that he still carries on today with a shop in Reno, Nev. called FUMARE. As you might expect, FUMARE carries all Illusione products and at certain times throughout the years, it’s had some exclusive cigars.

While La Grand Classe was an explicit release for the store, and also explicitly not Illusione, Giolito still uses the store to test new products for Illusione, one of those tests is a cigar called Rex.

The Rex, which was named after one of FUMARE’s customers, has some similarities to the company’s popular Illusione *R* Rothchildes, starting with where they are made, TABSA. While the the coloring looks significantly different, they both feature a Mexican San Andrés wrapper and Nicaraguan filler. Rex is slightly smaller, the price point between the two is very close and both come in cabinets of 50 cigars. 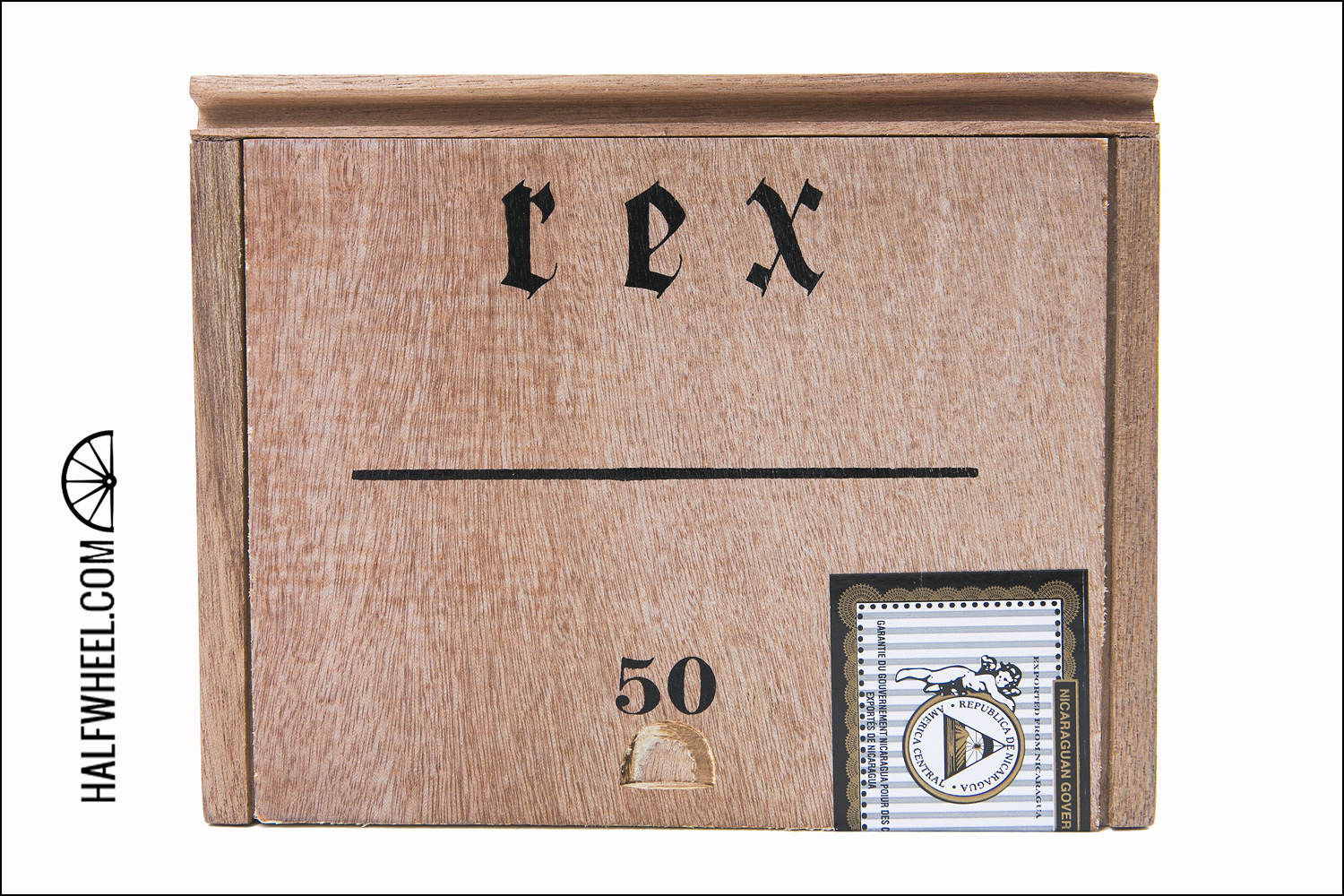 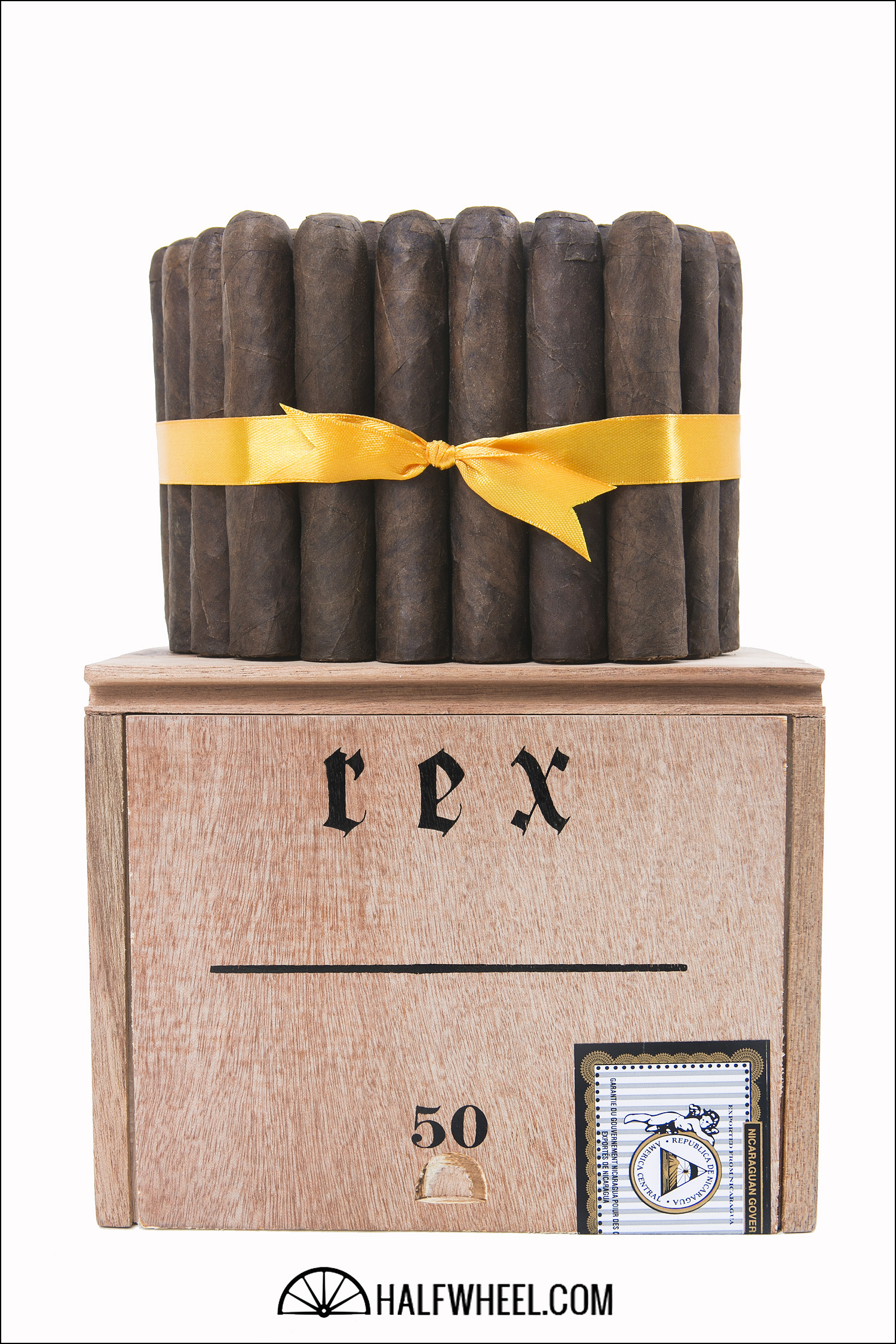 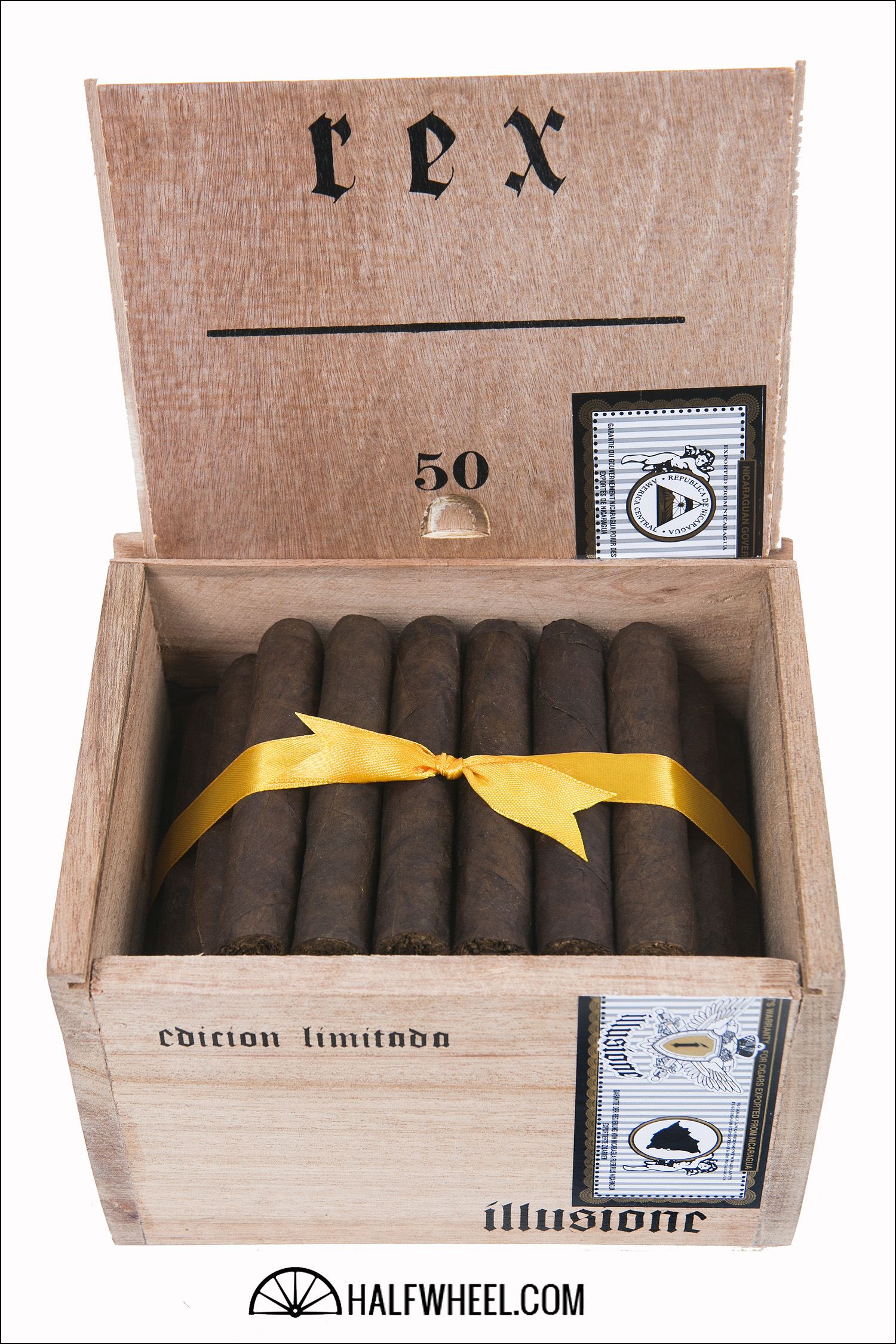 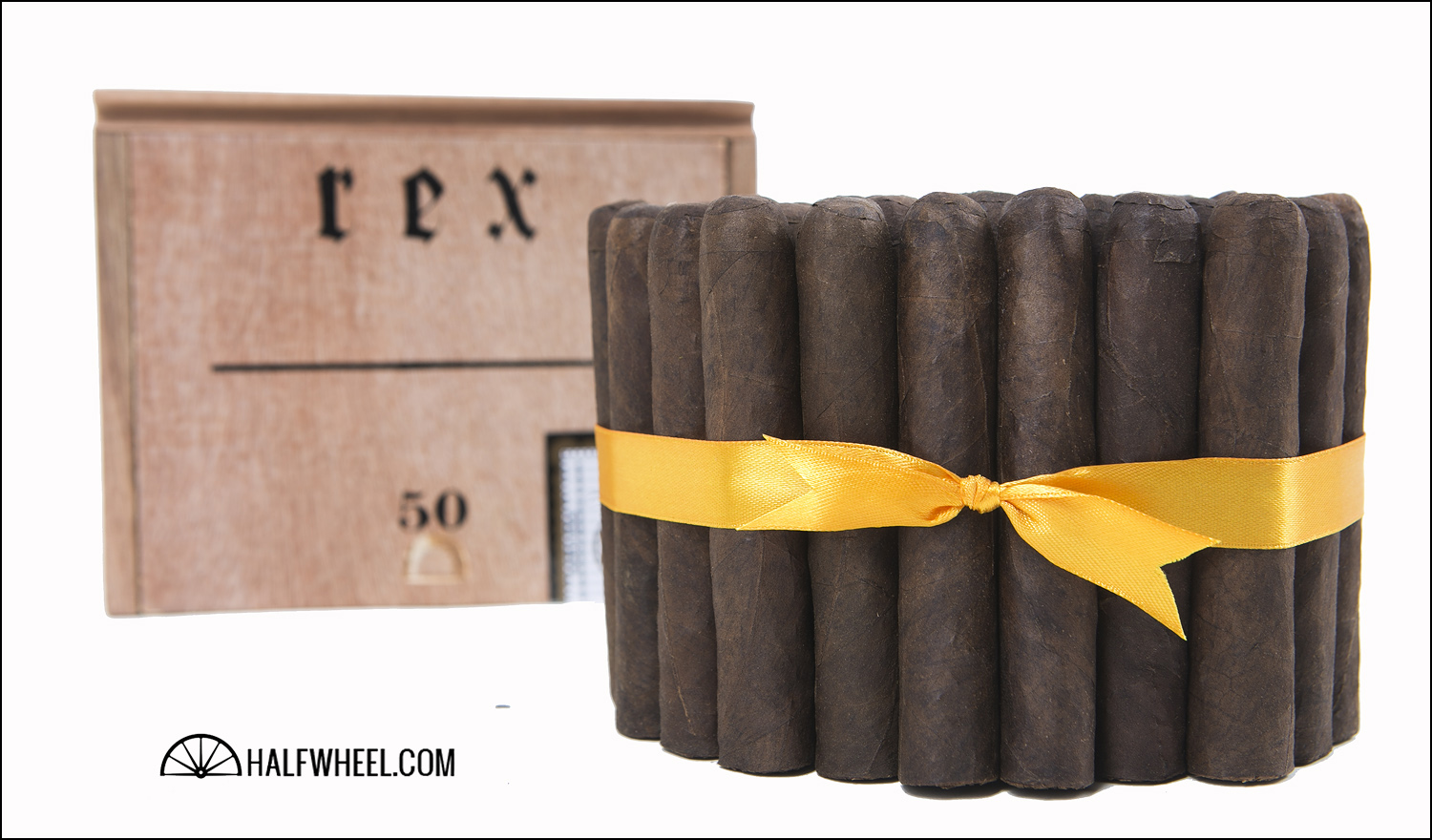 Without a band, my focus immediately goes to the dark brown wrapper. It is soft and smooth to the touch, though it is stretched tight over a bumpy binder giving it a little rough look. Giving it a squeeze there are no soft spots and the cigar seems solid. The aroma off the wrapper is sweet hay and floral note. The cold draw is notes of hay, leather, and a strong sweet dried fruit note that all have a long, bright finish.

Starting out the first third I immediately get notes of sweet toasted caramel, cinnamon and a strangely specific banana note. Quite soon afterwards however the banana note shifts to more of a general fruit note. There is a good bit of white pepper on the retrohale, but oddly enough only a touch of it in a normal exhale. The draw is good, with just enough resistance and the smoke production is very plentiful. Though the ash looks slightly flakey, it still holds to almost an inch before I ash it. About an inch and a half into the Rex, the caramel has moved more into the background with the cinnamon and sweet fruit note taking the lead. 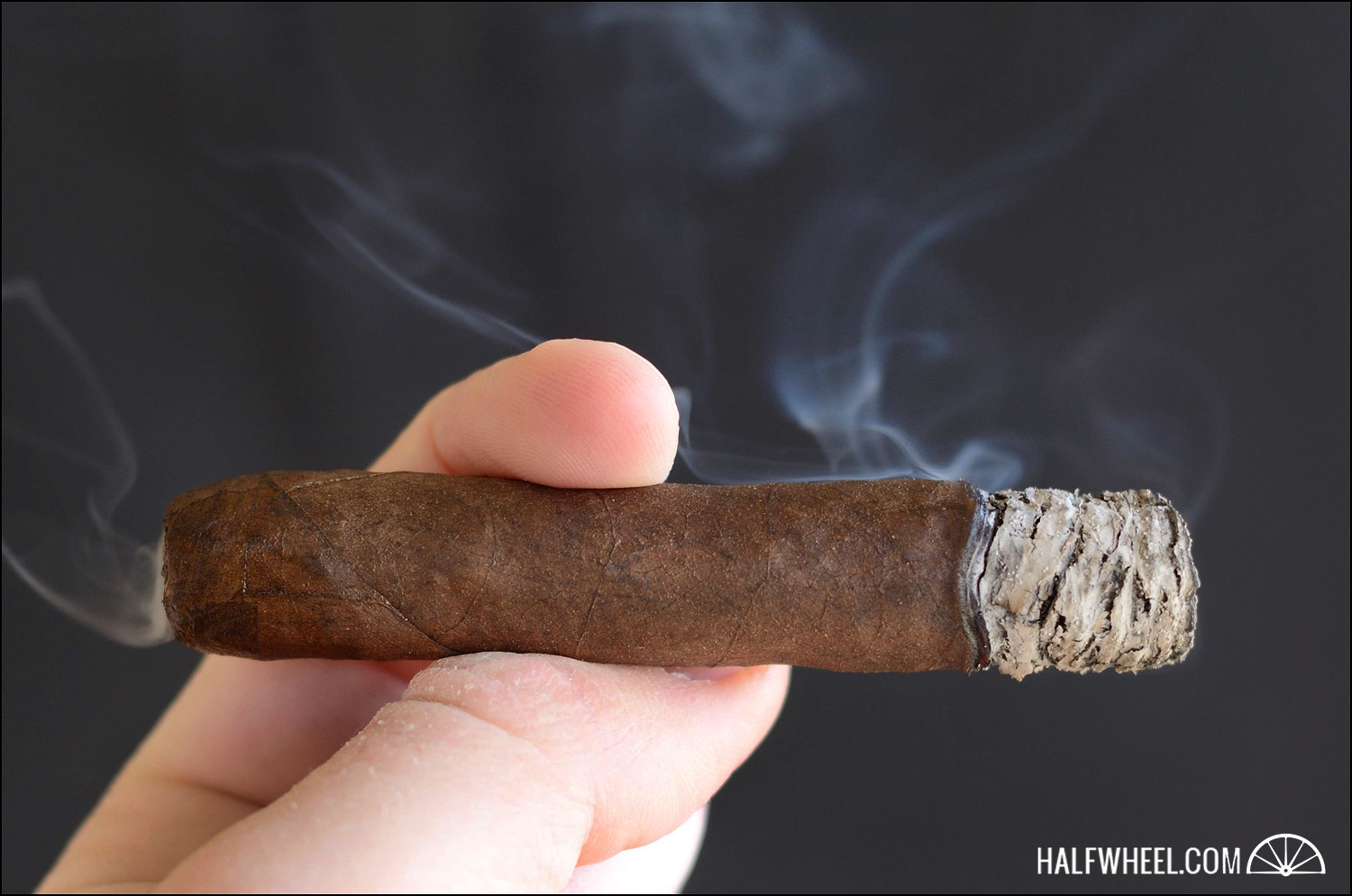 As I move into the second third the profile continues much as the first, though the cinnamon has morphed into more of a strong spice note. Though the ash isn’t flaking anymore, it surprisingly is holding quite firm, almost refusing to let go until it hits the one inch mark. A couple of very minor touch ups were needed earlier, but otherwise the burn is fantastic. 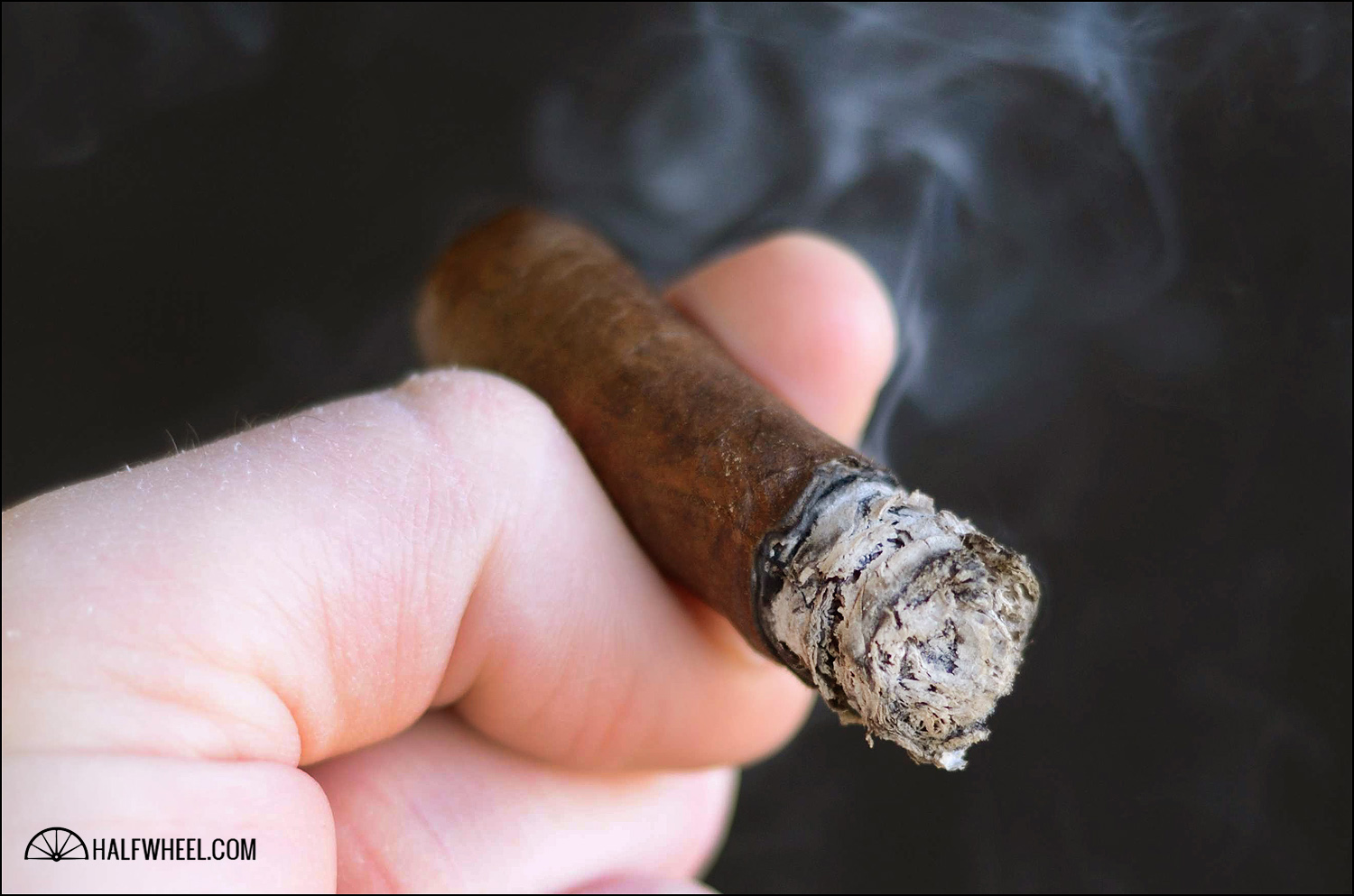 The final third has merged the profiles of the first and second third with cinnamon, caramel, spice and sweet fruit notes. While the burn hasn’t gone catastrophically wrong, there are numerous touch ups that are needed up until the end. Despite the burn issues, the flavors stayed enjoyable enough that I am able to smoke the Rex down to the last half an inch. 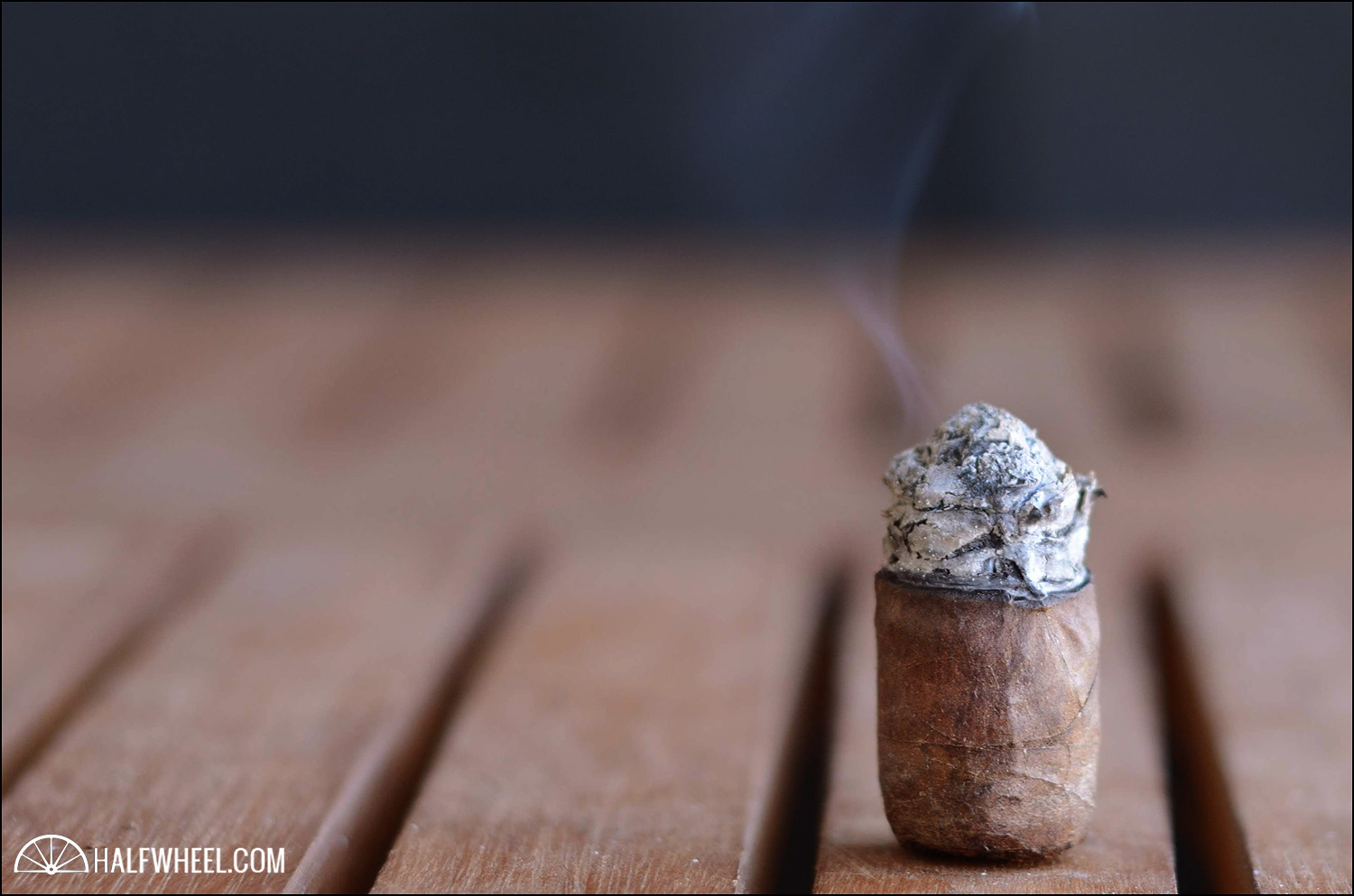 And the question you will inevitably ask, I still like Rothchildes a bit more than Rex. However, I’m always on the hunt for another good 45 minute cigar that I can add to my rotation, as I’m routinely finding myself with a shorter window of time to enjoy a cigar. With a number of very good cigars already in that size and price category I was looking forward to seeing how this cigar fit in. I’m happy to say that this well-priced cigar isn't just a decent alternative, but quite a good one. The enjoyable profile wasn't overly complex but the flavors worked out really well together. The touch ups were slightly annoying, but as I stated in the review, I don’t think they were significant enough to take away from the profile. If you live in or near Reno, I can easily suggest going to pick up a box of these before they’re gone.