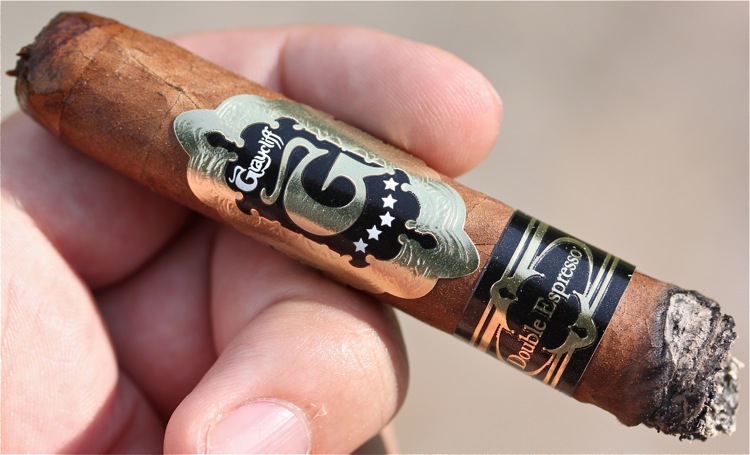 Say what? There’s another Double Espresso? Long before I got word that Toraño would be taking over Graycliff’s distribution, the Double Espresso Elegante was on the top of the list to reviews. I had been handed one by Brooks when I told him about the Lancero50 project (it was still known by its better form “Lancero Month”) and had always planned on it being one of those “no one has heard of…” In the past few days, a few have been at least introduced to the Double Espresso version of the Lancero, but the details remain rather unknown. Part of that might be because there really isn’t much to say, it exists. 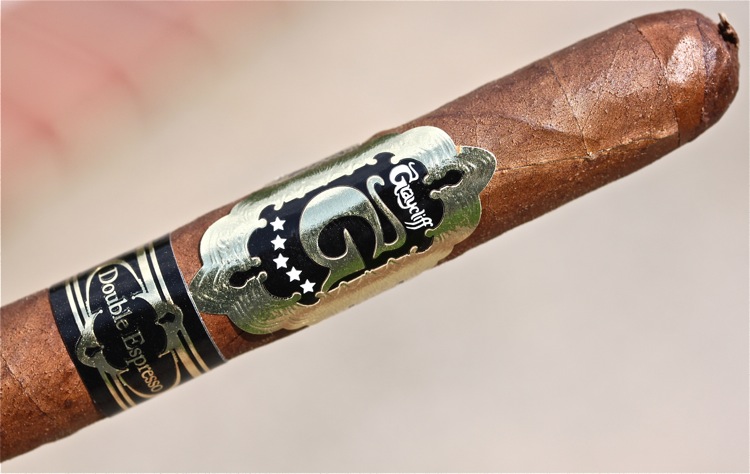 At one point, I just sort of assumed that Graycliff was a CI (Cigars International) house brand. It had been advertised just like all the others and I really hadn’t seen any Graycliff products in B&Ms. A bit of research quickly told me that this was not the case, but I really didn’t make an effort to go out and have any Graycliffs. It is very much one of the brands that I know little about. I have a rough grasp of the lines they offer, I know the story of how Avelino Lara, the former roller for Fidel Castro and the blender behind Cuba and Davidoff, created the blends after a successful stint at the Graycliff Restaurant at the Nassau resort. Oh yes, I’m aware they make cigars in the Bahamas, including the namesake; as well as most recently the Paley family’s resurrected La Palina line. But beyond that… I must say I’m not an expert. Graycliff has a brand called the Espresso, it’s roughly similar, but they also have another blend that involves an extra leaf of Ligero, creating the stronger, Double Espresso. The Double Espresso line is made in one size (4 1/2 x 54) for Cigars International and their associated affiliates; or so you thought… One of the advantages of being a smaller cigar company is flexibility, and Graycliff uses theirs. Maxamar’s Ultimate CIgars in Orange, CA is one of the larger Graycliff accounts, and as such, they’ve got a list of formats that aren’t really available anywhere else. One of these cigars is the Graycliff Double Espresso Elegante. There are still a few boxes left from the 2009 shipment, presumably the last time these were rolled. (Side-notes: Maxamar’s has a few other special cigars, including this blend in Corona; also, you can contact Graycliff and order a box directly, a service they offer for many cigars that aren’t “regular” productions.)

Perhaps my opinion is swayed give that most of my experience with the Graycliff factory comes from La Palina, but the Double Espresso Elegante looks like a Graycliff. The Costa Rican wrapper has a unique mix of reds, browns, heavy veins and fadings. Combine that with Graycliff’s almost signature rough style roll and the Elegante has a bit of character. Aroma from the wrapper is a medium mix of sweet cocoas (think milk chocolate/hot cocoa) and aged leather. While packing is fairly tight, the cigar is soft to the touch. From the foot, I pick up nuts and hickory over a medium mix of red wine and brown sugar. It’s not as pretty as a Cohiba Lancero (it’s also a quarter of an inch shorter than the original cigar that made Lara’s brand famous), but it really doesn’t matter once the cap is gone. Aroma from the head is an interesting wine and perfume mix clashing with some meatiness, cedar and a bit of cereal. It’s still medium, but a host of flavors that are quite rare to say the least. The Double Espresso has a good cold draw that continues the barrage of unique flavors. I get a noticeable wheat (first time) mixed on a pine base with some sweet red wine, cocoa and hints of spice. The rather hot Carolina air is filled with medium-full notes of a toasty cedar and burnt fruits as I go through the lighting ritual. A good (in terms of tightness) first draw starts with woodsy nuts, quickly followed by cocoa and then a deepening of cedar. The full finish sees the cedar extend itself to a rather rich level with hints of brown sugar and fruits. It’s full all the way around, a great smoke production, the one drawback, a bit too short of a finish. Five minutes in and the spice, which had been completely absent prior to this point, comes in, heavy. It quickly peaks and begins to settle down leaving a core of cedar-like coffee and earth with a bit of harshness. While the retrohale is solely a deep cedar, spices fill the mid-tongue and touches of fruits also make there way into the full profile. Finish is full and lengthy: cedar, fruits and some brown sugar; albeit a bit more complex than my elementary description. Draw is slightly tight, but it’s the full smoke that produces a pine and cedar aroma that really is the place to focus the attention on the Double Espresso Elegante. It’s much like the first third in that there is a bit of Graycliff (or perhaps La Palina) underneath, but this is definitely different. Cedar and coffee fight back and forth for a few inches with butterscotch, fruits, cocoa and spice underneath the full flavor. The Elegante’s finish is.. cedar and cocoa, a bit harsher with an additional refined spice rounding out the full and lengthy profile. Construction-wise characteristics remain the same for the most part as the first third: slightly tight draw, good smoke production, medium strength, a thick and consistent burn and an inch and a half of a slightly brown ash. While I think it would be improper to say that the flavor is building (both in strength and complexity), to some regards it is building. It’s not getting stronger, nor getting more complex; rather, the flavors (although just reshuffling) build on their former selves. It’s a full mix of cedar and cocoa, with coffee taking a noticeable backseat. The fruits are still rather present, continuing to compliment the other sweeter notes. Harsh woods, tobacco and fruits make up the full and lengthy finish, a bit unexpectedly. Things continue to go much as they have for the rest of the cigar fielding no complaints from yours truly. Eventually, I set the remainder of the Elegante down in the pool of ashes and take a final picture.

I like it, quite a bit. The Graycliff Double Espresso Elegante is probably my favorite cigar to come out of the Nassau factory, at least to date. I think it's worth the hype, the price and the struggle; but it's definitely not for everyone. This is not a cigar that seeks (nor accomplishes) replicating Cuba in flavor; rather, it's a good cigar that could definitely be smoked on special occasions. The flavors aren't as active or plentiful as a lot of other cigars, but they do enough to rearrange themselves to make it somewhat exciting, while being conservatively enjoyable. Countless cigars in my opinion suffer from a common downfall, trying to do too much, this is not one of them and it shows.