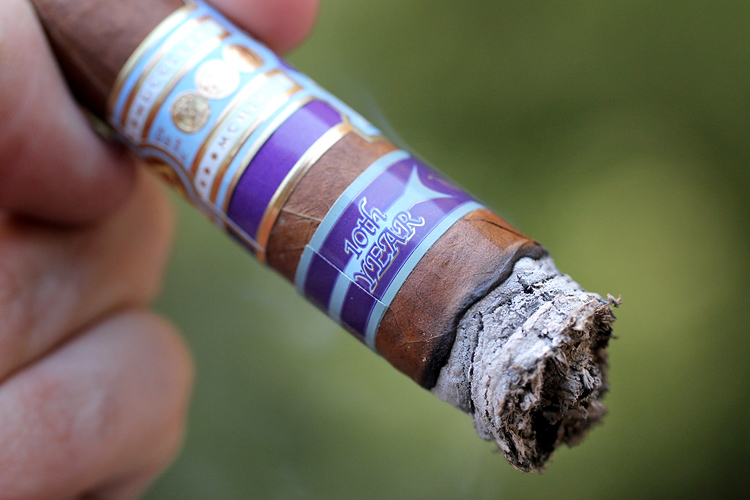 2012 marks the 10th year of the Toast Across America, Arturo Fuente and the J.C. Newman Cigar Co.’s limited edition two-pack for the Cigar Family Charitable Foundation. The charity, a venture between the two companies and families, aims to provide a significant humanitarian impact to communities in the Dominican Republic resulting in a better quality of life to those who experience a lack of education, poor access to health care and nutrition and who have little or no sustainable employment.

This is the second consecutive Toast Across America set to contain a Diamond Crown Julius Caeser, as prior to last year the packs had previously contained a Diamond Crown Maximus in addition to the Fuente Fuente OpusX. 2011 saw a pair of Figurados as well, making this year’s a repeat of last year’s pack, save for the dressed-up box.

Diamond Crown unveiled the Julius Caeser line at IPCPR in 2009, though unspecified production issues pushed the release date into the summer of 2010 and forced the destruction of several thousand cigars that had already been produced.

When it was released, the cigars were only available through retailers with a Diamond Crown lounge, an exclusive limited release arrangement that lasted for the first six months of the Julius Caeser’s existence, after which point they were available to all Diamond Crown merchants.

The Julius Caeser debuted in four sizes, interestingly all with the same ring gauge:

The Figurado shape for the Toast Across America release is quite a departure from the regular production vitolas, both in ring gauge and that it’s the only Figurado in the bunch. 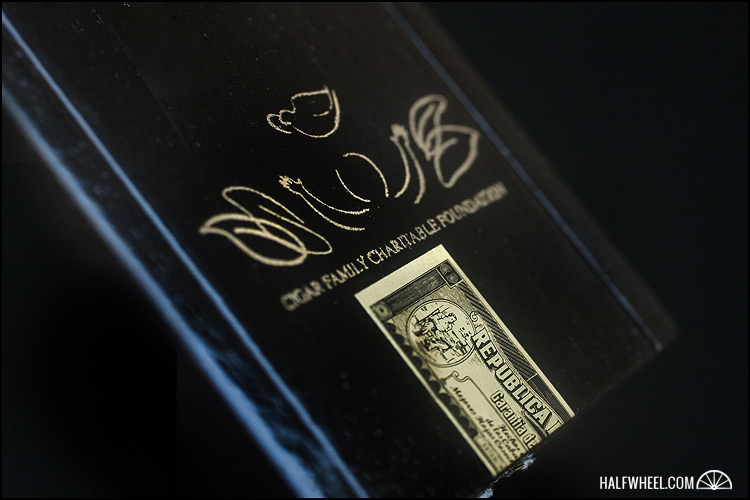 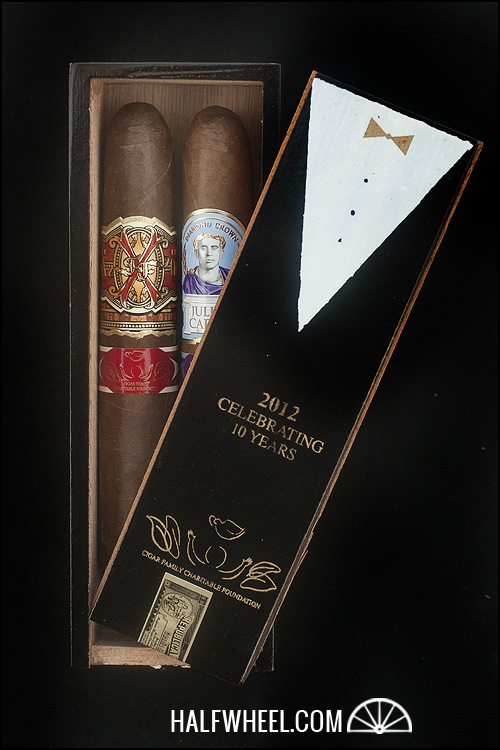 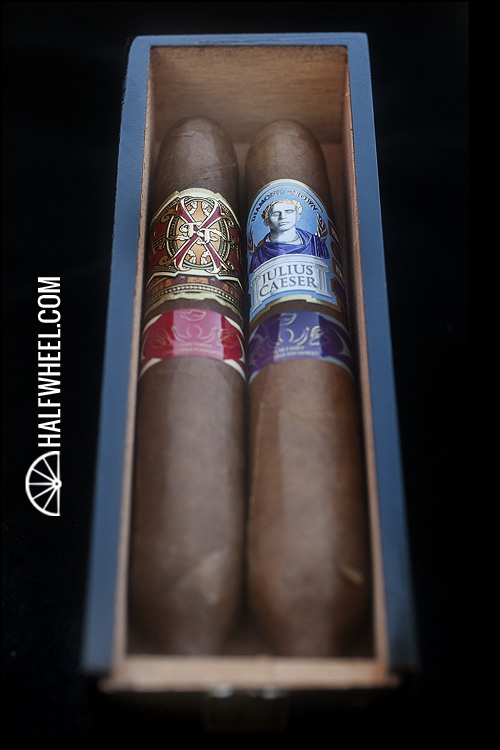 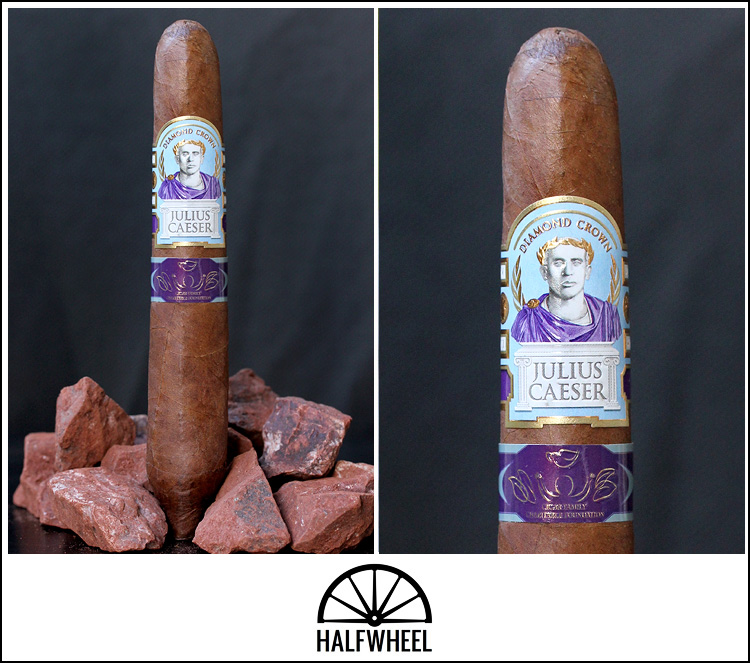 *The Toast Across America sets come with a Fuente Fuente OpusX Figurado and a Diamond Crown Julius Caeser Figurado.

**Production numbers are an estimate provided by Arturo Fuente and J.C. Newman. See below for more information.

It’s hard not to be immediately struck by the shape of this Julius Caeser Figurado with what appears to be absolutely perfect construction from head to foot. The wrapper is a light brown with a smooth texture and just a few small veins that shows a bit of give when squeezed. The cold draw was perfect from an air flow perspective but lacked slightly in flavor, showing a mild, woody flavor with a touch of sweetness, making up for a minimal pre-light aroma caused by the very small foot of the cigar.

The first third of the Julius Caeser Figurado starts out fairly mild and approachable – there’s no big hit of pepper until the burn line makes its way to the larger part of the cigar and what I presume to be the additional leaves adding some extra flavors. By the time the first clump of ash drops off about an inch in, the flavors remain very palatable—mild-plus or medium-minus—though with some definite character. The burn line is solid to this point, not requiring any touch-ups as the burn line moved from the small tip to the more bulbous foot of the Salomon. The flavor profile stays very measured in this section, with just sprinkles of leather and wood and dashes of sweetness and spice hitting the palate. 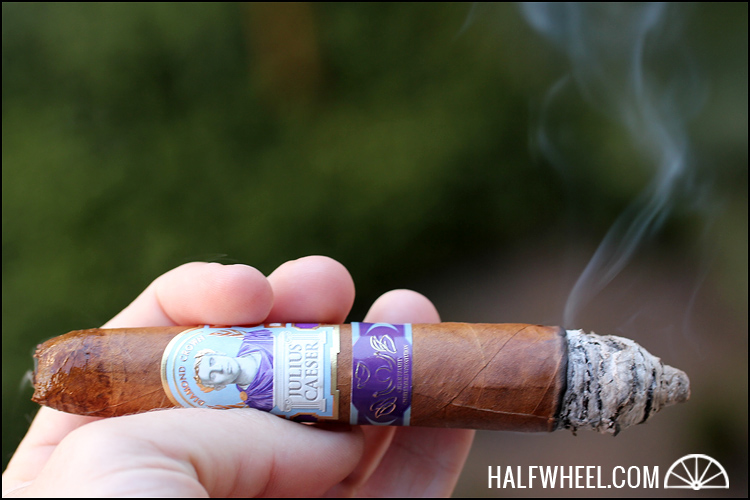 Through the bulk of the second third, the flavors stay more or less the same: very controlled amounts of cedar wood, leather and spice with the sweetness seeming to fade away around the midpoint, or possibly just becoming overpowered by the uptick in pepper. The flavors of the Julius Caeser Figurado seem to separate more once the cigar crosses the midway point; in the first third it is much more about picking out the individual notes, whereas in the second third there are points where the cedar or leather really rise up and stand on their own. As such, the nose gets rewarded with some distinctive aromas – fresh cut wood being the first – that weren’t present earlier in the cigar. 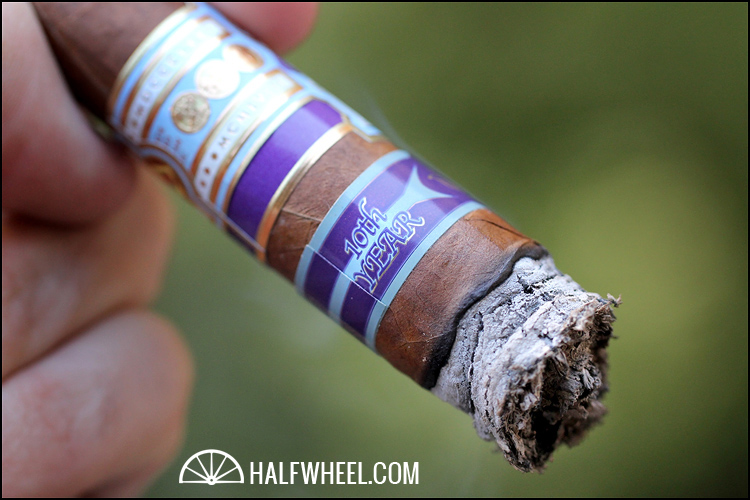 The spice component really comes to life in the final inches of the final third with a lighter pepper note jumping out of the smoke that gives the impression it’s making up for its general absence earlier in the cigar. The burn rate seems to speed up a bit here, providing far too little time to enjoy the final flavor transition that brings in some coffee and leather and creates the highlight of the cigar. If you have anything to help hold the cigar so that you don’t burn your fingers, you’ll want to have it at the ready as it’s hard to resist burning every last bit of leaf. The draw and burn remain absolutely perfect, with the ash holding well all the way to the very end. 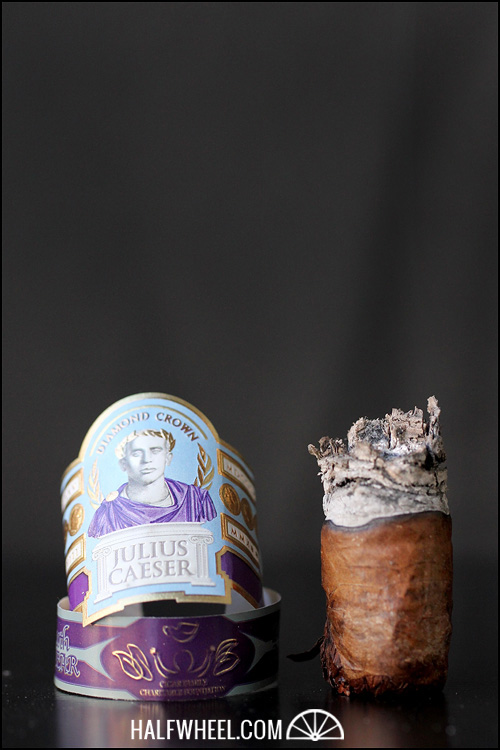 I have generally been a fan of the Diamond Crown Julius Caeser line, though because of their price point and generally milder flavor profile I don't smoke them very often. The Toast Across America Figurado is a pleasant reminder of everything I like about it, with the tapered shape showing off all the best parts of the tobacco through a gradual building of flavors until an almost shocking hit of pepper closes out the cigar. So what's not to like about this? First and foremost is the price – unless you can work out a deal to split up some of the Toast Across America packs with friends, you're on the hook for $50 to get one of these—and while it's a great cause—that's still a good amount of money. Second, if you're not able to really focus on the changing flavors, you'll likely smoke right through this and miss the gradual building and changing of flavors until that pepper note hits you in the final inches. Those things being said, this is a very good cigar, and makes me hope that J.C. Newman will find a way to bring a Figurado shape to the regular production of the Julius Caeser line.