In July of 2011, noted humidor maker Daniel Marshall decided to produce a special cigar for a friend’s 64th birthday party and thus wrapped his first cigar in edible gold for the occasion. After he saw the reactions of the people at the party, Marshall decided to use the same product in a “ultra bling” special humidor he was designing for Universal Studios commemorating the movie SCARFACE.

I thought that a “over the top” humidor deserves a “over the top” DM Cigar and the 24kt Gold DM cigar was conceived. One of these cigars will come with each one of the humidors. When we launched the SCARFACE Humidor at our annual Cigar trade show, we displayed the gold cigar in a glass dome and were asked if it can be purchased separately from the humidor. Designers from other top cigar brands came by our display and one of them declared the DM2 Gold Torpedo “a stroke of genius”.

The process for the gold cigar involves taking the DM2 cigar, a Nicaraguan puro developed by Manuel “Manolo” Quesada consisting of a five-year-old wrapper, an Estelí binder and filler from Jalapa. The DM2 is rolled at Plasencia Cigars S.A. and sold by Marshall without the gold.

In order to create the 24kt Golden Torpedo, Marshall applies a thin layer of Italian gold. We covered much of this in a news story a few years ago:

I carefully sand each cigar with ultra find sand paper to make the surface smooth as possible of the tobacco wrapper.They I apply the paper thin italian gold with a 100 percent natural binder. To cover the Torpedo to my satisfaction, i use a total of  25 sheets of 24kt pure  Italian gold leaf from the most famous gold leaf maker since 1820, to each cigar.

Marshall shared with us this picture of the gold being applied:

Last year, To commemorate his company’s 30th anniversary, Daniel Marshall released another version of the the gold-covered DM2 blend, the 24kt Golden Torpedo. The cigars were made in 2011 and came packaged in individual coffins within travel humidors. Only 50 numbered travel humidors of five were released.

Here is what the coffins that the Daniel Marshall 24kt Golden Torpedoes come in look like: 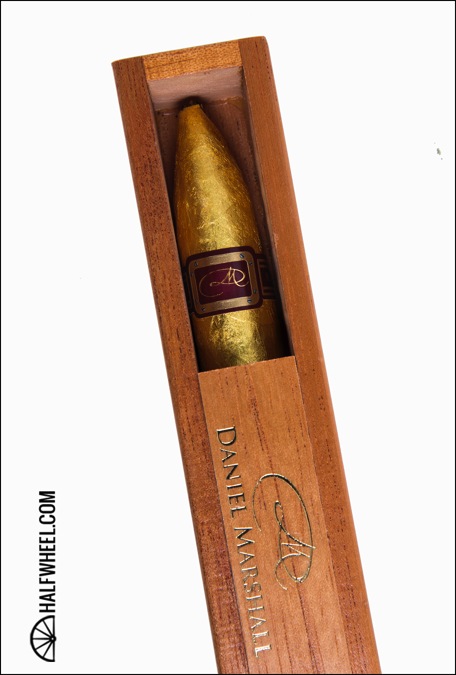 For those wondering, you are actually supposed to smoke the cigar with the gold still on it. Because gold has a much higher melting point than the tobacco, the end result is a golden-infused ash, an obvious selling point for the cigar. There is no other way to put it: visually, the Daniel Marshall 24kt Golden Torpedo is stunning with a pale metallic yellow wrapper that is obviously made of gold. The veins on the wrapper show through the foil, giving the cigar a very interesting look. It is heavier than a normal cigar of this size, but not substantially so, and there is almost no give when squeezed. There is an interesting scent coming from the gold foil, a slightly sweet marzipan note, but no tobacco scent at all until you smell the foot.

It takes a while to get started and the burn has to constantly be touched up, but the draw is ideal throughout the first third. Profile-wise, the Daniel Marshall 24kt Golden Torpedo has fairly basic flavors of cedar, tobacco and leather, along with a small amount of pepper on the retrohale. There is also a very strong bitterness on the finish that persists through the first third, and it only gets stronger as I am forced to puff harder to keep it lit. The strength is nonexistent so far, and the smoke production is fairly anemic. 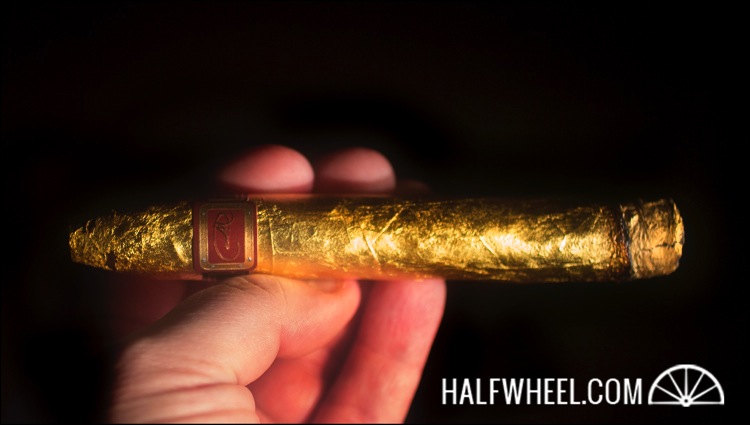 Unfortunately, not much changes in the second third of the Daniel Marshall 24kt Golden Torpedo. While the draw is still excellent, the flavors of basic tobacco, leather and wood remain, along with the bitterness that has moved from the finish to almost overpowering levels at different points in the smoke. The cigar keeps going out on me if I don’t puff every 15 seconds or so, and when it does go out, I have to keep relighting it. The gold-covered ash is sticking together well, but there are cracks up and down the length that don’t bode well. 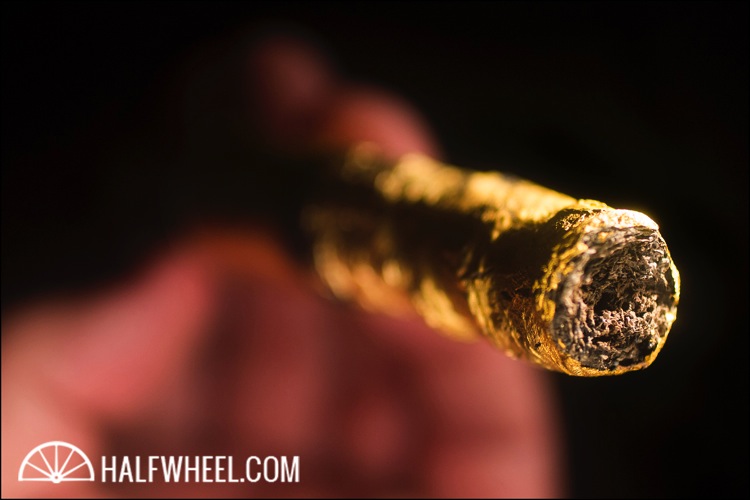 The final third of the Daniel Marshall 24kt Golden Torpedo is pretty much a carbon copy of the first two thirds with the same basic flavors of leather, wood and tobacco, and the same bitterness that is quite detrimental to the profile as the cigar gets closer to the end. The draw is still wonderful, but the burn is all over the place, and I continue to have to relight the cigar in an effort to keep it burning. There is still very little smoke present and the overall strength ends the cigar just below the medium mark. 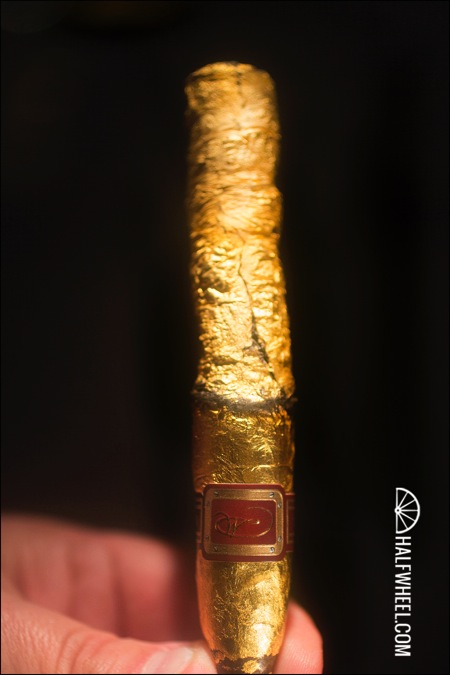 Ever since hearing about cigar, I have wanted to smoke the Daniel Marshall 24kt Golden Torpedo, not because I thought it would make me look cool—it didn't—or because I thought it would taste amazing—it didn’t—but because I am a big fan of cigar makers pushing the envelope on a process that has stayed essentially the same for hundreds of years. With that said, I can tell you that while the experience of smoking one of these cigars is unique and extremely interesting, the actual flavors and profile of the cigar left quite a bit to be desired, most likely because of the physical limitations of having to keep relighting a cigar that is covered in gold to get it to burn. Is it worth the time and the effort to smoke it? Absolutely. Does the cigar taste like it should cost $200? Absolutely not. Is it worth the money to actually be able to smoke one? That is something everyone has to decide for themselves, but if you are looking for a unique smoking experience, you have found it.