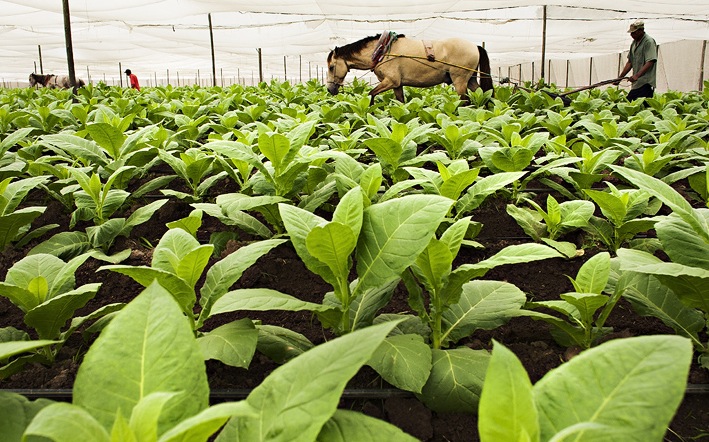 A Visit to Plasencia Cigars S.A.

I have loved the country of Nicaragua since my first trip in early 2012, in particular, the city of Estelí. Of course it is a mecca for cigars, but it’s also one of the most interesting places I have been in all my years of traveling. I have visited many of the cigar factories in Estelí and met with many of the manufactures to see firsthand how they operate and produce the cigars we love to smoke.

It occurred to me on one of my trips there that while there are a great number of snapshots from all of the different factories, I have never seen an in-depth documentary essay on how a tobacco factory works written by someone who is both a cigar journalist and photojournalist. Cigar smokers know the common buzzwords around cigar production: hecho a mano, 300 pairs of hands, old world; but unless you spend many days around production, it’s hard to actually attempt to truly visualize what that means. It’s not just eight hours in a factory, probably not even eight days.

A cigar and Cuban style coffee. The coffee served at the Plasencia Cigars S.A. is actually grown on a small five acre lot in Jalapa and is some of the best I have ever tasted. Sadly, they won’t allow anyone to buy any and take it back with them.

A worker inspects a recently rolled cigar, looking for imperfections.

Cigars sit in an aging room.

A worker puts a cap onto a cigar.

Tobacco in a box waiting to be moved from one area to another.

Evan, who is the main cigar blender at the Plasencia factory. He is standing in the blending room, where all of the different tobaccos are able to be sampled by picking a number out of a master book.

Worker cleaning the floor in the factory.

Boxes ready to be filled in the factory.

Burning a tobacco leaf to see how fast and even the burn line progresses.

A fountain and palm trees in an open air courtyard in the middle of Plasencia Cigars S.A.

Dancing and singing are a huge part of the curriculum at the school.

A teacher helps a boy with his belt after nap time.

A child still sleeping after nap time is over at the school.

A class photo on a cork board at the school.

A girl waits to be fed at mealtime at the school.

The wall outside of the childcare facility, which is across the street from the factory. I found the dichotomy of the colors and text on the wall and the barbed wire to be extremely interesting.

A worker rearranges tobacco in pilones to give each leaf the optimum amount of exposure.

A board detailing where each tobacco is in the process.

Workers string individual leaves to poles, which are then hung to dry.

Workers till the soil between tobacco plants using horses and hoes.

Portrait of Nestor Andrés Plasencia in one of his tobacco fields.

Workers plant seeds in containers to start the growing process.

Workers move irrigation from one field to another in Jalapa.

Nestor Andrés Plasencia drives to Jalapa while smoking a cigar blended specifically for his father.

Thanks to the generosity of Nestor Andrés Plasencia, over the period of three different trips and about four months I was able to see not only the Plasencia Cigars S.A., the family’s Estelí factory formerly known as Segovia Cigars, but almost their entire operation in Estelí and Jalapa where they grow, cure and sort tobacco. Overwhelming does not even begin to describe the enormity of their holdings—and even though I thought I was prepared—I was astounded by the sheer magnitude of it. In some places it is literally a sea of green, with row upon row of tobacco plants as tall as I am stretching as the eye can see.

However, while the Plasencia family is well versed in tobacco, they are also trying to make theEstelí, and the entire country of Nicaragua, a better place. They have opened the industry’s first daycare, where factory workers can drop their children off to be looked after and taught while they work. I spent quite a bit of time photographing the children there, and the hope and joy that is in their eyes is extremely evident.

I cannot stress to you how amazingly humble and accommodating everyone—from the rollers to Nestor Andrés—is at Plasencia Cigars S.A. (He actually droves us himself during the six-hour round trip from Estelí to Jalapa.) I have tried, through my photographs, to bring life to not only their work environment, but also their passion. While this is by no means an exhaustive documentary, it will hopefully bring to light some parts of the process that you may not have known about until now.