Born in Jalapa, Nueva Segovia in 1977, Ivan Fajardo started in the tobacco business when he was 19-years-old. His first job was as a buncher at Padrón’s Tabacos Cubanica S.A., but left after only one year to join the Plasencia family in 1996 at the same position. From there he has risen through the ranks, and is now the quality control manager for the entire Plasencia Cigars S.A. factory, responsible for sorting raw materials, overseeing packaging materials, cigar quality control and blending of cigars. 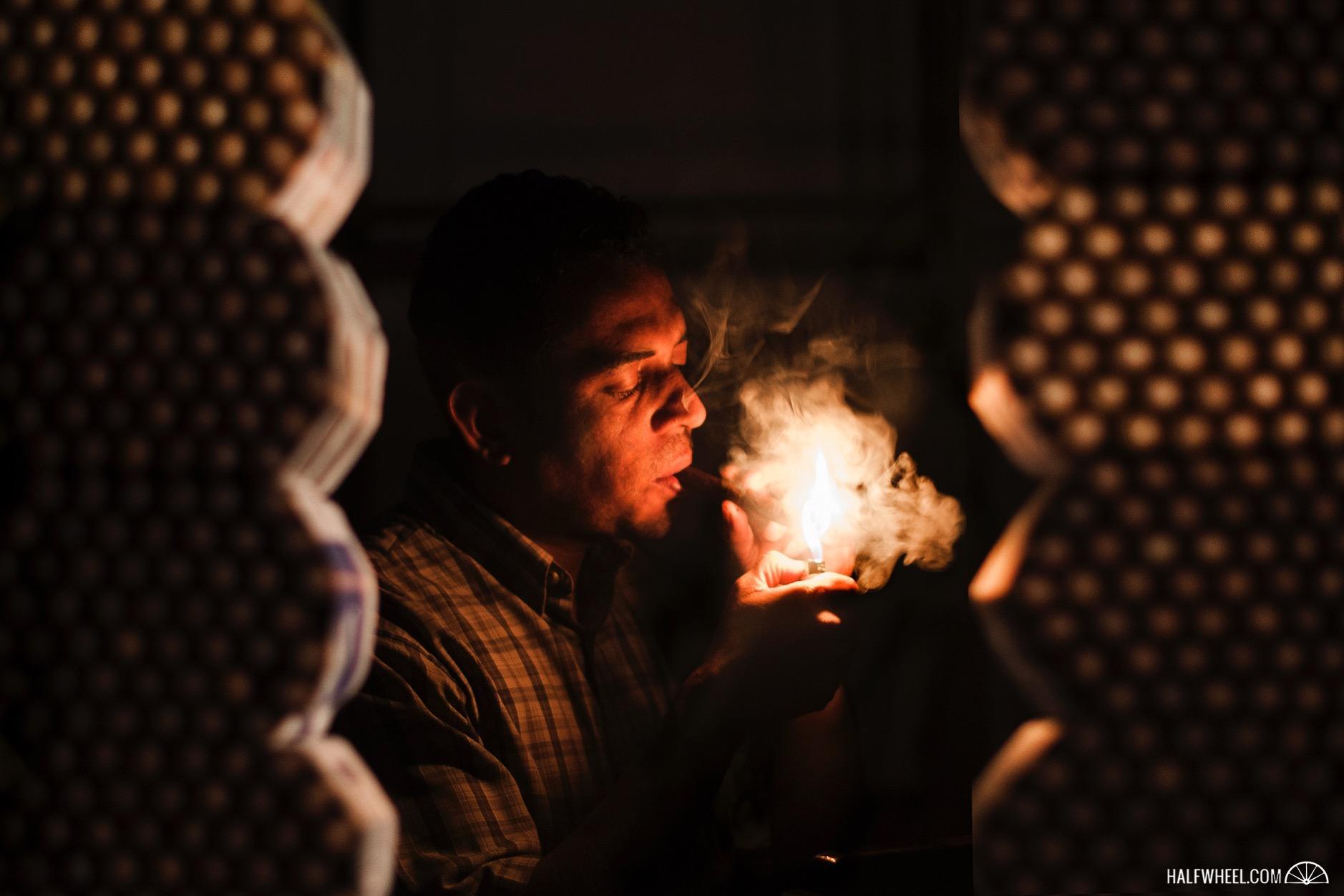 This portrait was taken at the Plasencia Cigars S.A. factory in Estelí, Nicaragua using a Canon 1D Mark III and a 50mm f/1.2 lens set at f/1.6. The shutter speed was 1/30 second at ISO 800. The only source of light was the flame from the lighter and the foot of the cigar. The photograph was color corrected in Adobe Lightroom and adjusted for color, contrast and sharpness using custom actions in Photoshop CC.