It wasn’t easy to find, but there were gold skirts that helped lead the way to America’s premier desktop humidor builder. (Elie Bleu is French, Vandeburgh is Canadian and Aristocrat makes cabinets in case you want to have a debate.) Beyond the dresses, the booth had a gold humidor, a cigar wrapped in gold, some cigars and a bottle of Balvenie. So, it was probably the coolest booth at IPCPR as far as we were concerned. 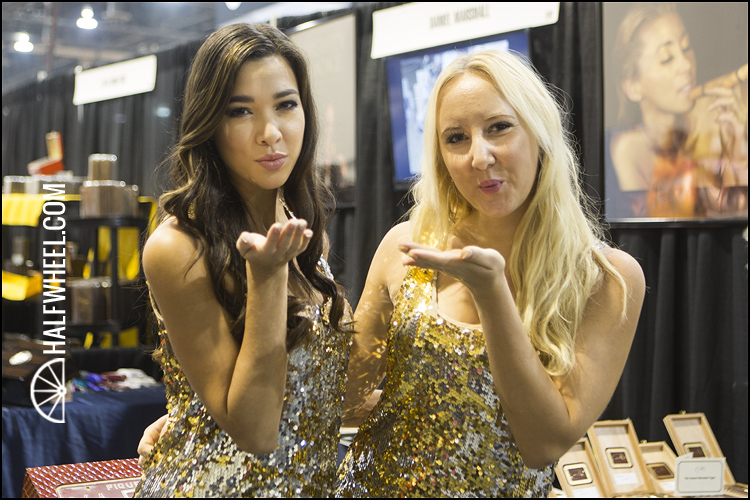 The Booth
While this was the first year I stopped by the booth, I’ve seen it a few times before and the size does not appear to have changed. The star of the show was the desktop humidors, or the gold, cigars. Cigars. I promise. Despite the above picture, it was another popular destination on day four. People cleared out of the way for our photo, but Daniel himself was swamped during the half hour we were there, once again, another point for the booth girls. DM2 Gold
Details are here. The cigar is no joke, and packaged accordingly. It was shown off alongside the gold humidor. The DM2 Gold is wrapped in 24kt gold, around $85 worth is what we were told, you smoke it like a normal cigar and the gold burns into the ash. Gold Humidor
It’s 14kt gold, costs a half million dollars and is getting upgraded. The thing weighs a lot, albeit, far from the 50 pounds you would expect given the size and material. For those wondering, it’s a real Spanish cedar humidor inside with a gold shell. Daniel Marshall once made a silver humidor, so perhaps next year—platinum? Treasure Chest
You can’t talk Daniel Marshall without talking about the Treasure Chest. It’s the humidor popularized by Arnold Schwarzenegger, who made an appearance at IPCPR 2013, and since copied many times. If you own the knock-off and ever see the real thing in person, you’ll understand it’s two very different leagues of humidors. 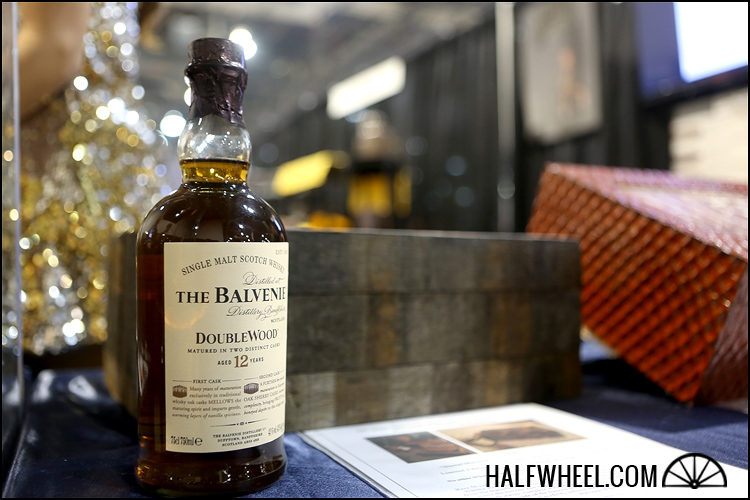 Whiskey Stave Humidor
Created from 50-year-old wood casks for Balvenie, this is the humidor I want. Brian volunteered to take the whiskey.

Update: The original version of this story suggested that the value of the gold for each DM2 was $35.00, Marshall informed us that it is in fact $85.00.