In March of 2011, the Tobacconist Association of America (TAA) met for their annual trade show and meeting in Cabo San Lucas. For those unfamiliar with the TAA, here’s how the organization describes itself:

Our Mission Statement:
To provide an open forum of ideas, strategies, and problem solving between retail tobacconist and vendors to the trade.

As has become customary for the TAA meetings, a variety of cigars were available for purchase exclusively to TAA retailers. The list this past year included:

*The Oliva Serie V No.4 was offered in a variety of forms before its formal release at the IPCPR 2011.

While the Padrón TAA and Tatuaje releases garnered most of the attention, the VSG release was probably the quietest. Unlike the La Aroma de Cuba, which began shipping shortly after the TAA meeting, the VSG wasn’t seen for months. It actually began shipping to retailers the week before the 2011 IPCPR show and sort of got lost in the flood.

For fans of Ashton’s popular VSG line, both the VSG Robusto Especial and the other new VSG extensions, the Pegasus, were sort of a return of the old. The original release of the Ashton VSG was done in various sizes, none of which were box-pressed. The cigars, commonly referred to as Ashton VSG Rounds, would go on to be the only non-box pressed release of the VSG with the exception of the Ashton VSG Wizard. Both the Pegasus and the Robusto Especial are non-box pressed sizes, although neither are identical in size to any of the original releases.

Here is what a box of Ashton VSG Robusto Especials looks like. Oftentimes, like the Padrón TAA, the retailers name is placed direct on the box. 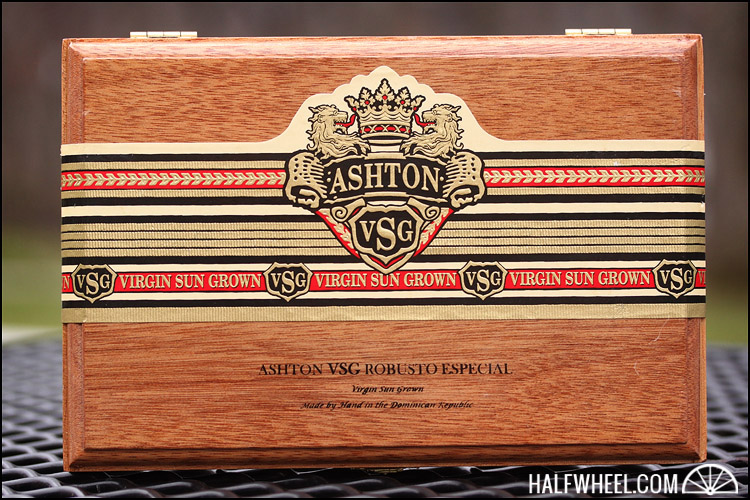 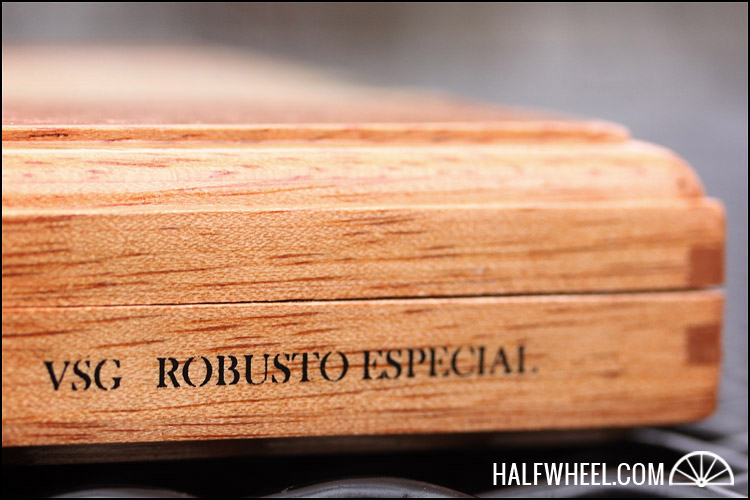 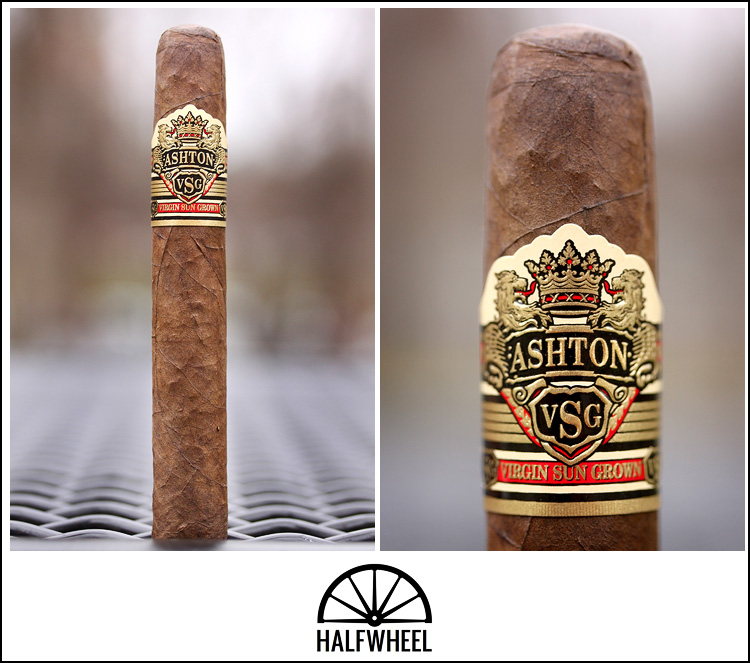 The VSG’s wrapper is often referred to as cloud-grown Sumatra. The reason? It has to do with the extreme altitude at which the Oliva Tobacco Co. grows the Ecuadorian Sumatra wrapper. For all intents and purposes, this honestly might be the best wrapper on any regular production cigar. It’s got a distinct purple hue over the dull brown color, and the Robusto Especial smells of a slightly veneer-laced cedar, cherry and sweet woods. The cold draw produces a brownie-like cocoa, with some roasted flavors, a bit of cherry pepper and then the typical VSG restrained pepper.

For the start of the First Third, the VSG serves up lots of pepper outside, some generic earthy sweetness underneath. The core is still the deep nutty profile and cedar, but there’s a noticeably molasses note well into the lengthy and somewhat peppery finish. Eventually, the TAA Edition settles in with lots of pepper up front, a core of cedar and a bit of herbalness. Creamy earth and fruits join caramel for the retrohales and a touch on the finish. For me, it’s classic VSG. Full in flavor, heavy in body. 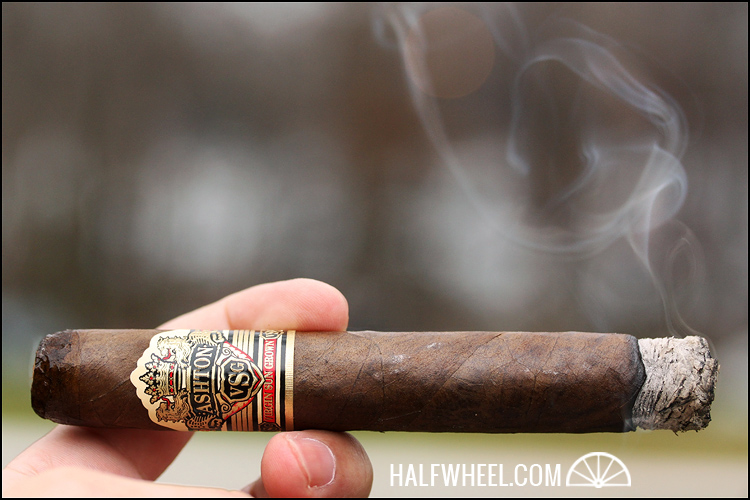 Into the second third, the molasses picks up quite a bit. The flavor profile always seems to get a bit cleaner even as the nutty note takes on more of an unfinished characteristic and the overall profile gets heartier. There’s a definite shift in the pepper, which is now almost exclusively in the back and an added herbal earth. While neither the body nor strength were anything south of full in the first third, they are definitely picking up. 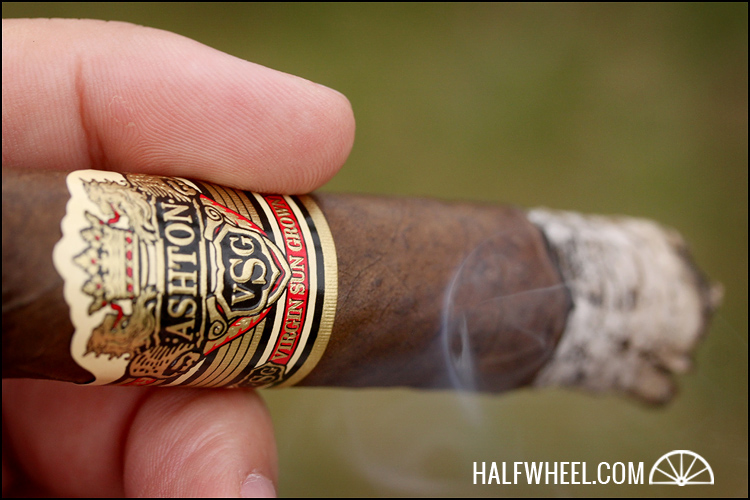 By the final third, the youth is apparent. The flavor gets a bit rougher even while a generic creaminess makes itself apparent. There’s some earth, the core nutty note and a lot of black pepper on what it is a full flavor profile. The retrohale is no different than it was in the first third, which is a good thing. 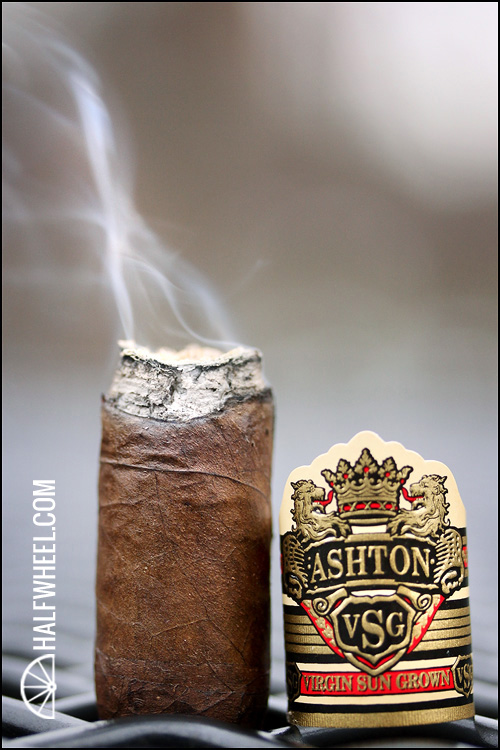 People get all nostalgic about the original releases VSGs. I can't imagine the 2011 VSGs are tasting identical to the 2004s, but I also am not sure the criticism over current production is warranted. These are still full cigars with a lot of flavor, and in my opinion the best regular production line made by Fuente. I enjoy aged VSGs for the complexity that arises when they mellow, but, as for smoking fresh VSGs, the Robusto Especial has actually been one of the more enjoyable releases. I'm glad I've only gone through half of this box, because I think these are going to still be a standout size for the line, even in a few years. Still, if you had to ask me what my favorite size is? Tres Mystique — no questions asked.