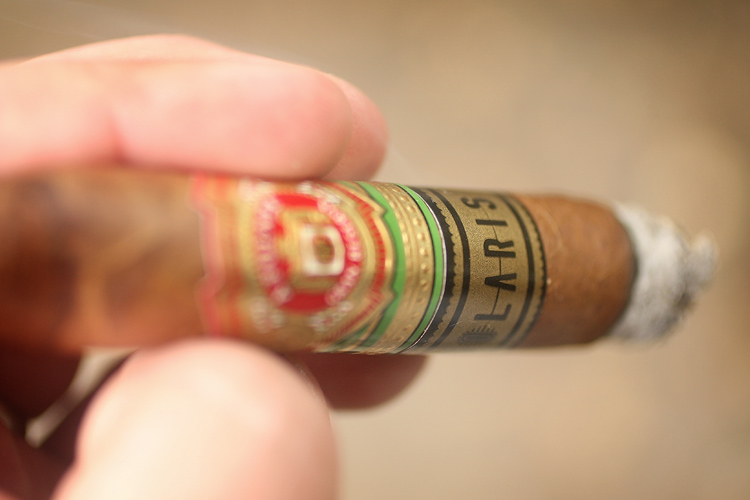 In the latter part of 2010, Smoke Inn, based out of Florida, announced the first in what would eventually number four separate releases in what is known as their Microblend series to celebrate their 15th anniversary in business. Each release is by a different manufacturer, with different blends, sizes, numbers of cigars released and price points.

The Smoke Inn website has this to say about the Microblend Series:

It has long been known in the brewing industry that Microbreweries, also known as Craft Breweries, have focused on quality and diversity rather than mass production and cost efficiency. Such relatively limited production quantities allow for a greater emphasis to be placed on quality and consistency. A wider range of specific and unique ingredients can also be used when creating micro-blends, given that the end product does not have to be mass-produced. Microbreweries have, thus, been long famed for their resultant production of unique flavor variations and unprecedented consistency. Observance of such artistry in the brewing craft was the inspiration for Smoke Inn’s Microblend SeriesTM. We have commissioned some of the world’s top manufacturers to create for Smoke Inn an exclusive blend and/or size of cigars, produced in a one-time limited batch.

To date, there have been four different releases in the Microblend Series, including the Solaris. They are, in order of release:

The Arturo Fuente Solaris is the newest cigar to be released in the series. Limited to 550 boxes of 10, the 6 x 49 Belicoso is a Fuente blend rolled more than six years ago and has been aging since that time.

Per the Smoke Inn press release:

For this Microblend installment Smoke Inn played no part in the creation of the size or blend. When Smoke Inn Proprietor Abe Dababneh approached the Fuente Family about making a Microblend, they decided this would be a perfect project for a small batch of cigars made over 6 years ago. Carlos Fuente Sr. had produced a small batch of belicoso cigars made from Ecuadorian Sun Grown wrapper that was uniquely light in its complexion. The cigars sat and aged for over six years. When smoked, we found the flavor mellow yet complex. 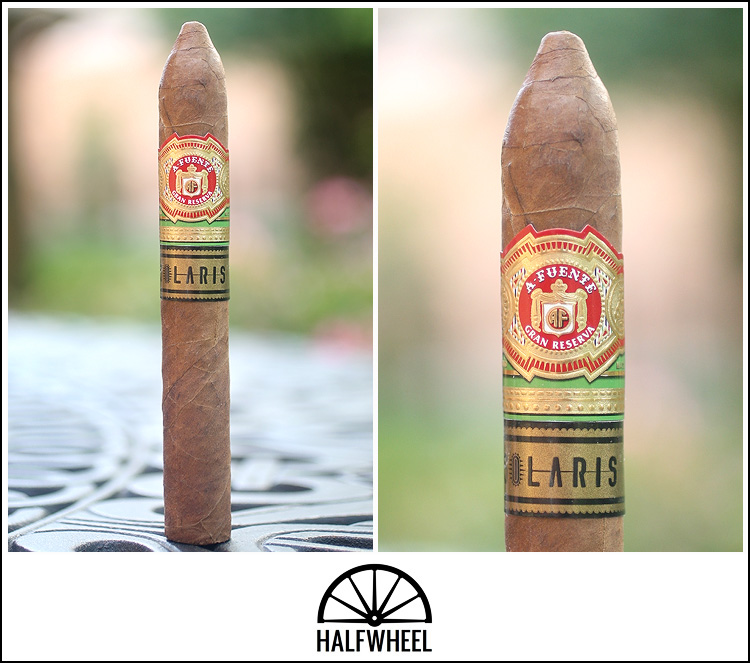 The Solaris is a gorgeous looking cigar with a flawless medium reddish brown wrapper with a bit of tooth to it. Despite the age, there is a tiny amount of oil present and it has the perfect amount of give when squeezed. The foot of the Fuente is neither round nor box-pressed, and in fact is really more oval than anything. The wrapper smells faintly of aged cedar, leather, chocolate and pepper.

The first third of the Solaris starts off creamy with flavors of aged wood, leather and nuts. A very light beginning with just the tiniest amount of spice on the tongue that quickly disappears and a very small amount of white pepper solely on the retrohale. I can sense some sweetness trying to get through, but it is so faint at this point that I can barely taste it. The draw is a bit loose at first, albeit not annoyingly so, but the burn is wonderful so far. The ash is a speckled gray color and easily hangs on for more than an inch before it falls for the first time. Strength is virtually non-existent until the end of the first third, where it starts picking up just a bit. This is an extremely fast burner so far and I am a third of the way through the cigar in a little less then 20 minutes. Coming into the second third of the Smoke Inn exclusive and the flavors have not changed all that much. Still a dominant creamy nutty profile with just a little more some sweetness that reminds me of maple syrup. There are other flavors as well, mostly cedar, leather and earth: and while they are noticeable, they ebb and flow, and are not strong enough to really effect the overall profile for the most part. Still no spice at all and the pepper has died down to almost nothing, although I do get a bit every now and then. The draw has tightened up nicely and the burn is still excellent. Strength is still very low and ends the second third at a mild-medium at best. 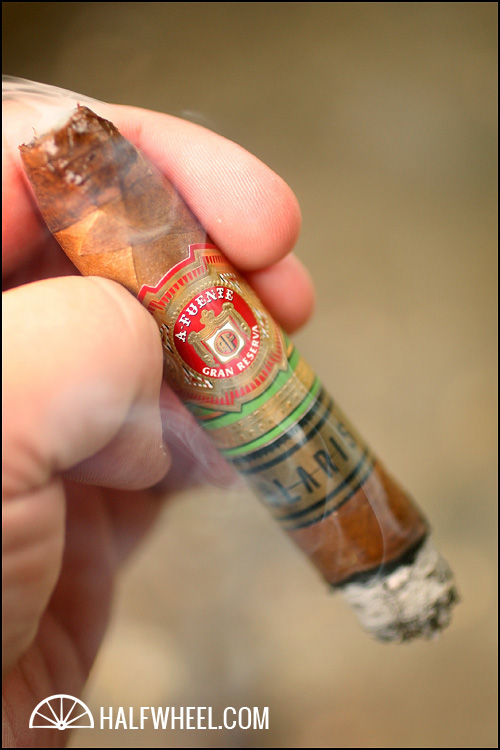 The final third of the Solaris actually has a change up that surprises me a bit. While the overall flavors remain pretty much the same, there is quite a bit more black pepper that shows up about halfway through the last third, both in the mouth and on the retrohale. Going hand in hand with the increase in pepper is an increase in strength pushing the cigar to the medium level, albeit for a very small part of the smoke. The pepper and strength remains constant for the remainder of the cigar, but it happened so close to the end that is only about 15 puffs or so. Construction remains solid and I am easily able to nub the cigar without it getting hot or bitter. 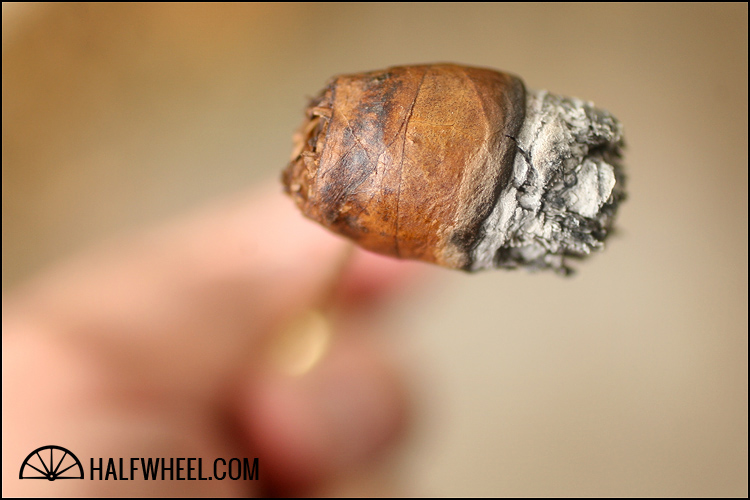 When I first heard about this project, the blend and about the amount of time it has been aging, my first thought was mild, but flavorful. Well, I am happy to say I was exactly correct. It has a wonderful nutty and earthy profile with a nice creamy base present throughout the cigar and some nice maple sweetness that comes and goes as well. Having said that, anyone who is looking for a wide array of complexity, full strength or a spice/pepper bomb should probably look elsewhere. This blend revels in exactly what it is: a nicely constructed, easy to smoke, aggressively priced, mild, yet flavorful cigar. I enjoyed it, and think this Fuente would make an almost perfect morning cigar with a double shot of espresso and I have a feeling that most people who buy them will be looking for just that.