Last February Pete Johnson and Mission Pipe Shop in San Jose, Calif. teamed up for another one of Johnson’s small production, single store releases. When asked to compare the CQ1 to the Little Boris, a 2012 release that also used an Ecuadorian Sumatra wrapper, Johnson said that it was “similar in blend style but I think the box pressing completes the blend, as soon as I lit it, I gave it the green light.” While the blend was done by Johnson, the Mission Pipe Shop staff did get to give Johnson an idea of what they were looking for, which included overall taste and size.

Here’s what I said about the cigar when I reviewed it last year:

The recent Sumatra wrapper Tatuaje uses has been a favorite of mine. It works well with each cigar he’s used it on and the CQ1 is no exception. The overall sweet and creamy profile with peppery undertones creates a very sublime smoking experience playing perfectly off each other. As with pretty much every Tatuaje product I’ve ever smoked the construction is always spot on as well making this a well rounded cigar. With many of Johnson’s limited releases, the downside more often than not is availability and ease of obtaining a box. If you can find a box however, whether directly from Mission Pipe Shop or on the secondary market, this is an easy choice in my opinion for a box purchase.

The CQ1’s medium brown wrapper looks nice with just a few veins here and there. It’s mostly smooth and still has a nice oily feel to it. The cigar still has the perfect amount of give to it without being too squishy. Bringing the cigar to my nose I get a light, sweet tobacco and hay aroma coming off the wrapper. The cold draw is pleasant, with nutty notes combined with some sweet cocoa.

The beginning of the CQ1 starts out very similar to when it was fresh with notes of sweet milk chocolate and espresso, though the leather note is much more bold and the pepper that was there before is completely gone. There is almost an incense-like aroma as well, perhaps a bit of sandalwood, mixed into the profile giving it a very unique taste. After about an inch the sandalwood develops into more of a cedar note, which melds with the profile a little bit better. The second third sees a huge deviation from the fresh profile, completely missing the sweet cinnamon note that was such a dominating force before. This does allow the milk chocolate, espresso, leather and cedar to keep shining through, whereas before they were relegated to background notes. Towards the end I’m still not seeing any cinnamon or pepper. Instead the cedar shines up front with the leather, milk chocolate and espresso complementing it from the background. 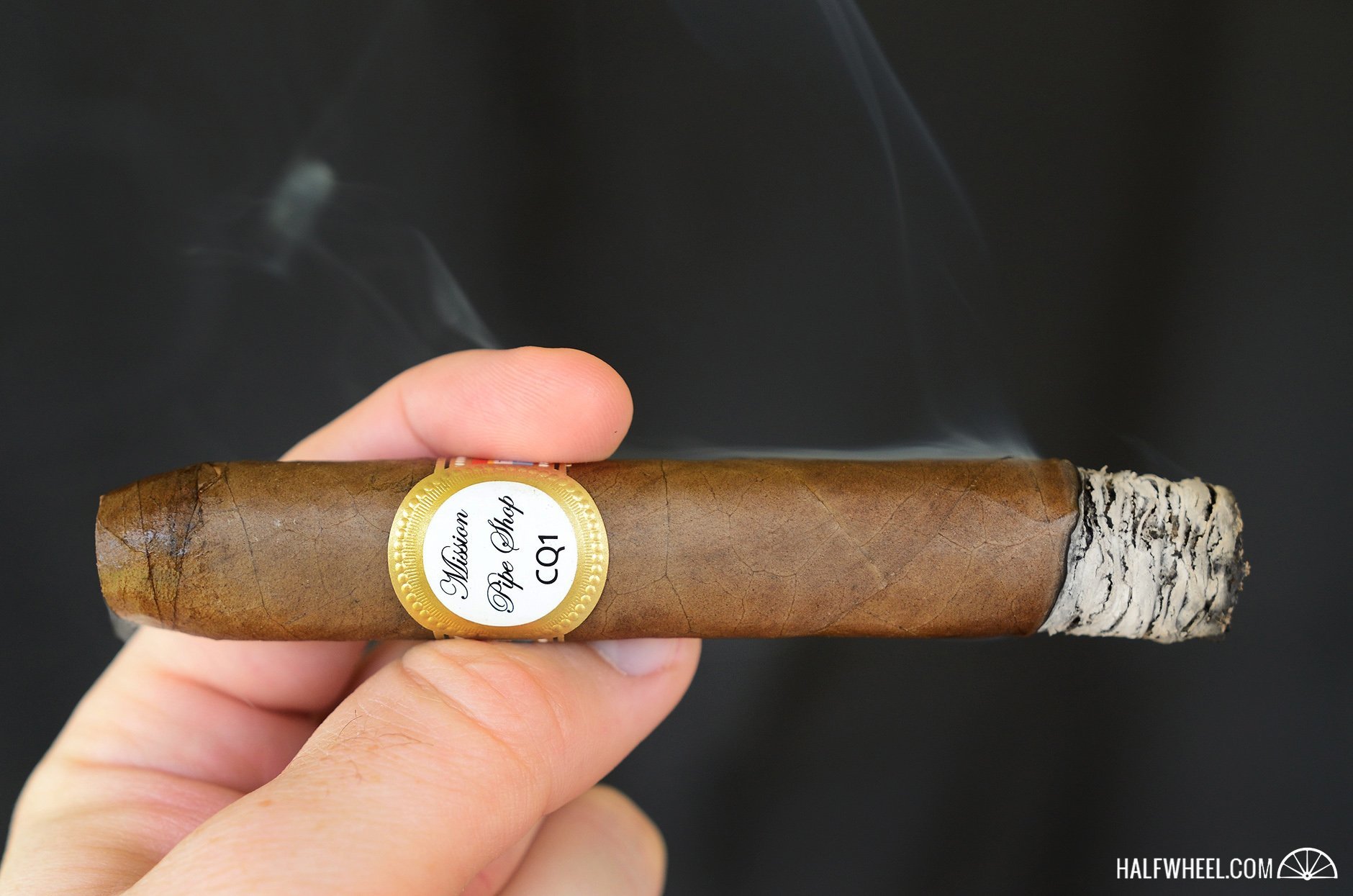 The CQ1’s construction is quite solid with the light gray and white ash holding on to over an inch and the burn line mostly even and quite sharp. The draw is on the tighter side of the ideal range, but doesn’t hinder the cigar in any way allowing plenty of smoke to be produced with each draw. Throughout the cigar there was only need for one touch up, the rest of the time the burn line was fantastic. It started smoking slightly harsh with less than an inch left, but the smoke was still cool and the burn even all the way to the end.

In the last year and a half the CQ1 has mellowed and smoothed out by losing the pepper and cinnamon. Unfortunately I think that the light pepper and sweet cinnamon from before really added a little more depth to the profile. While it was still enjoyable, the loss of those two main flavors reduced my enjoyment of the cigar slightly. The construction was still fantastic, and if anything a year’s rest allowed for a smoother burn than before. The most unfortunate part about the cigar however was that this sample was my last one, and with such a small production I doubt I’ll be finding any more. If you still have some or you can find some, the good news for you is they’re still smoking pretty great, even with the loss of a couple of flavors.