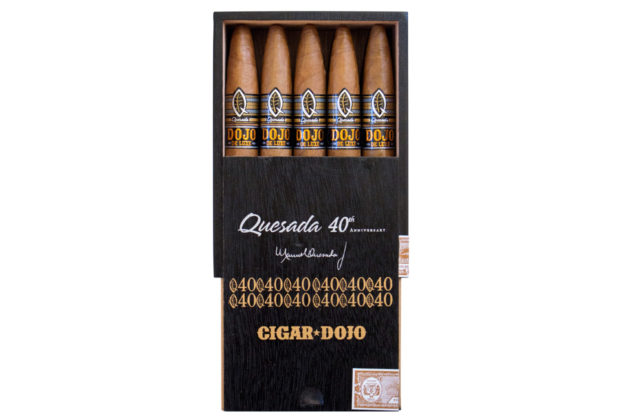 Quesada and Cigar Dojo Team Up for Dojo de Luxe

The 5 3/4 x 52 perfecto is based on the Quesada 40th Anniversary Corona Clasica, a special size for Quesada’s 40th anniversary blended by family head Manuel “Manolo” Quesada Jr. That means Ecuadorian Connecticut wrapper over a Dominican binder and Dominican fillers.

”The Quesada Dojo de Luxe uses the same components as the Quesada 40th Corona Clasica, a blend crafted by my uncle Manuel Quesada to satisfy his own personal tastes,” said Terence Reilly, general manager for Quesada Cigars, in a press release. “It’s a cigar that brings intense flavors to the palate yet remains smooth and balanced enough to be enjoyed as the first cigar of the day. Truly a superb smoke.”

Production is limited to 500 boxes of 10 cigars with pricing set at $99.95. As with Cigar Dojo collaborations in the past, it is being sold through one retailer: Smoke Inn. 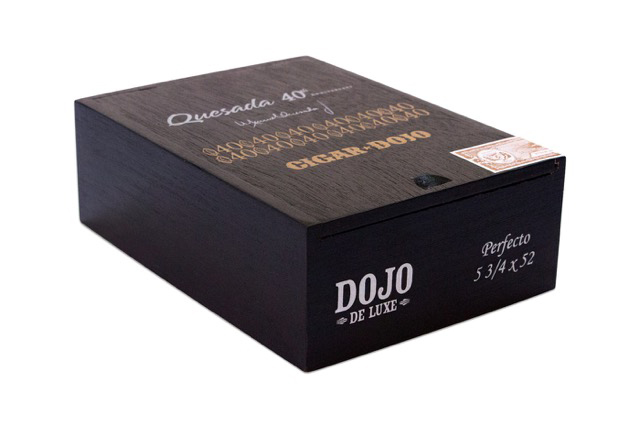 It will debut at a dinner held on Feb. 17 prior to Smoke Inn’s The Great Smoke event. The cigars will formally go on sale on March 3.

“After creating several special releases that feature maduro tobacco (such as the Undercrown DOGMA), we were eager to explore something different, something classic and Cubanesque,” said Eric Guttormson proprietor of Cigar Dojo. “We knew that Quesada Cigars would be the perfect company to create exactly what we were looking for. The blend, the vitola, everything about the Dojo de Luxe pays homage to an era gone by.”