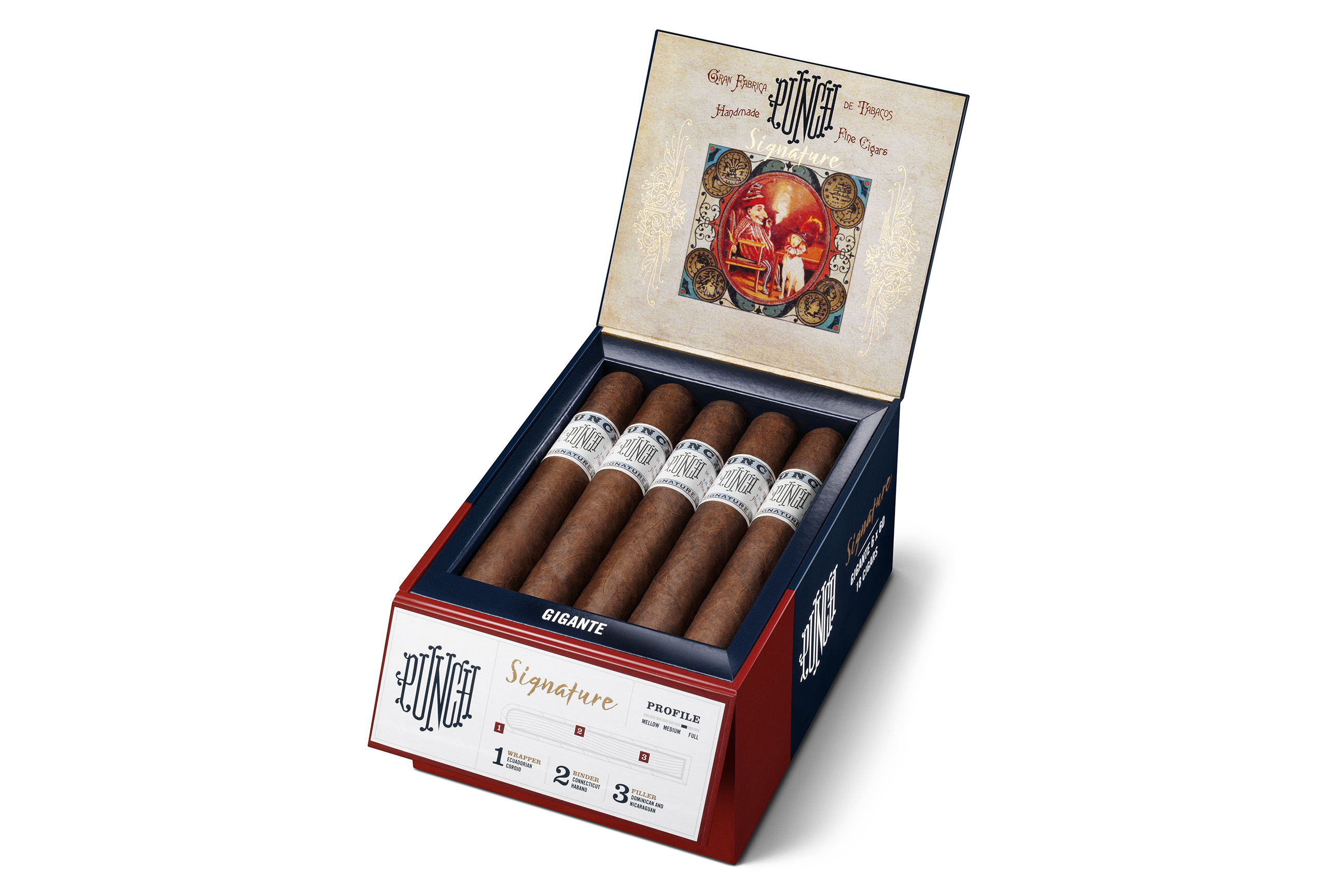 The Punch Signature line is getting an updated look as General Cigar Co. has announced that revamped packaging for the line has begun arriving on store shelves.

“Punch Signature represents the best of Central American cigars,” said Ed Lahmann, senior brand manager of Punch, via a press release. “It has a great blend and a medium-plus profile that people really love. This blend was out of stock recently while we updated the packaging so with pent-up demand and the new box design that really pops at retail, we’re sure Punch Signature is going to fly off the shelves.” The new packaging, pictured on the right, uses bi-fold panels that tell the story of the blend and expands the brand vista, something that the company says optimizes the box for display on retailer shelves. The previous packaging format, pictured on the left, used wooden-box packaging with an acrylic window.

The Punch Signature line debuted in 2015 and was a tribute to the original non-Cuban Punch release, using tobaccos from the same countries of origin. That means an Ecuadorian corojo wrapper that was grown exclusively for the cigar by an independent grower, along with a proprietary Connecticut habano binder and fillers from the Dominican Republic and Nicaragua.

It is available in five sizes:

Each of the five sizes is available in 18-count boxes. The line is produced at STG Danlí in Honduras.