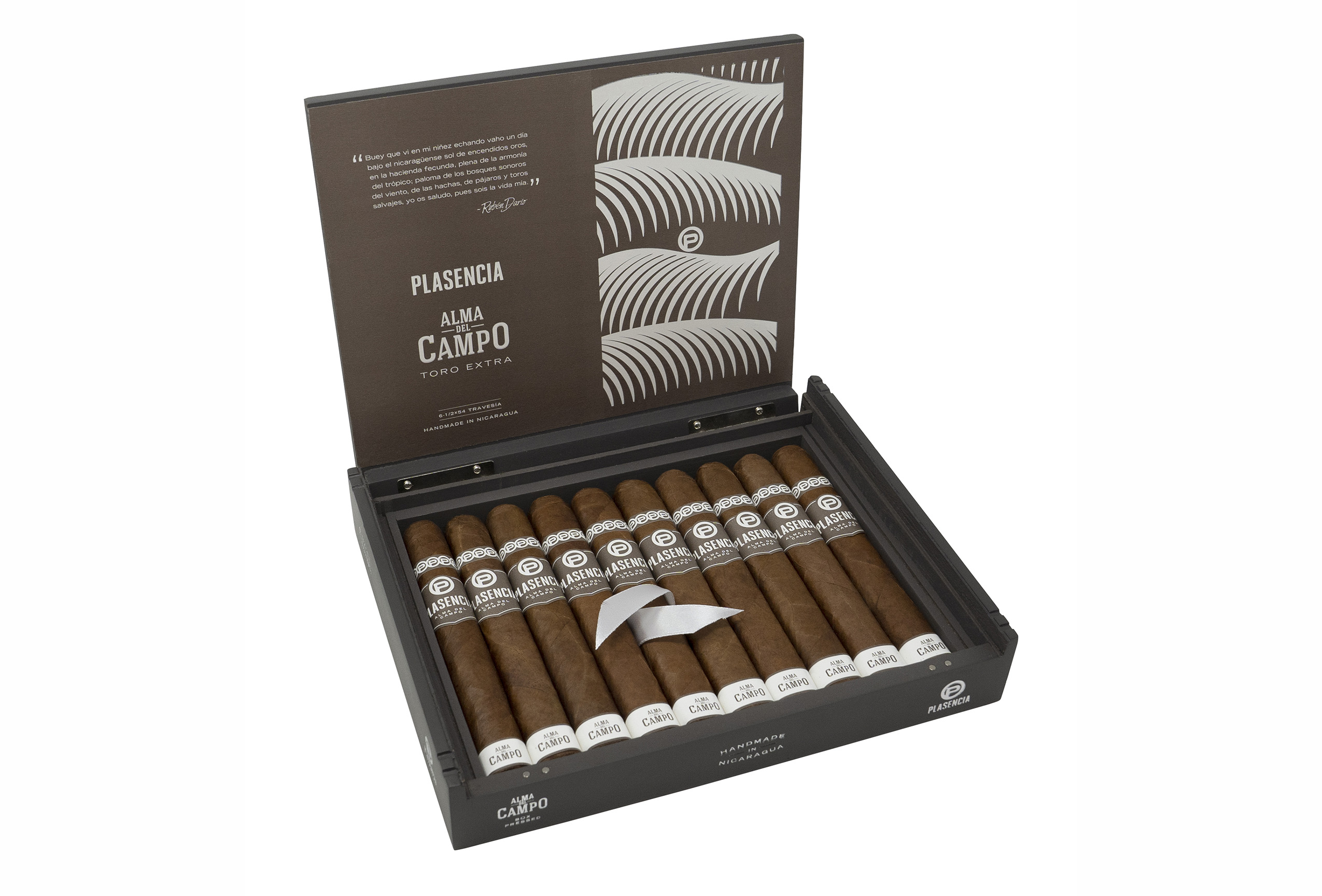 Plasencia Cigars has released a new size for its Alma del Campo line, albeit one with a somewhat familiar name: the Travesía Box Press.

The Travesía was one of the five vitolas released in 2017 when the line debuted, and it will remain in the portfolio even with this new squared-off version. Both Travesía styles measure 6 1/2 x 54 and are offered in 10-count boxes, with the box-pressed version priced at $17.

This bring the Alma del Campo line to six vitolas:

As with the other sizes in the line, it’s a Nicaragua puro, though via a press release, the company said that this vitola presents a creamier and smoother version of the blend.