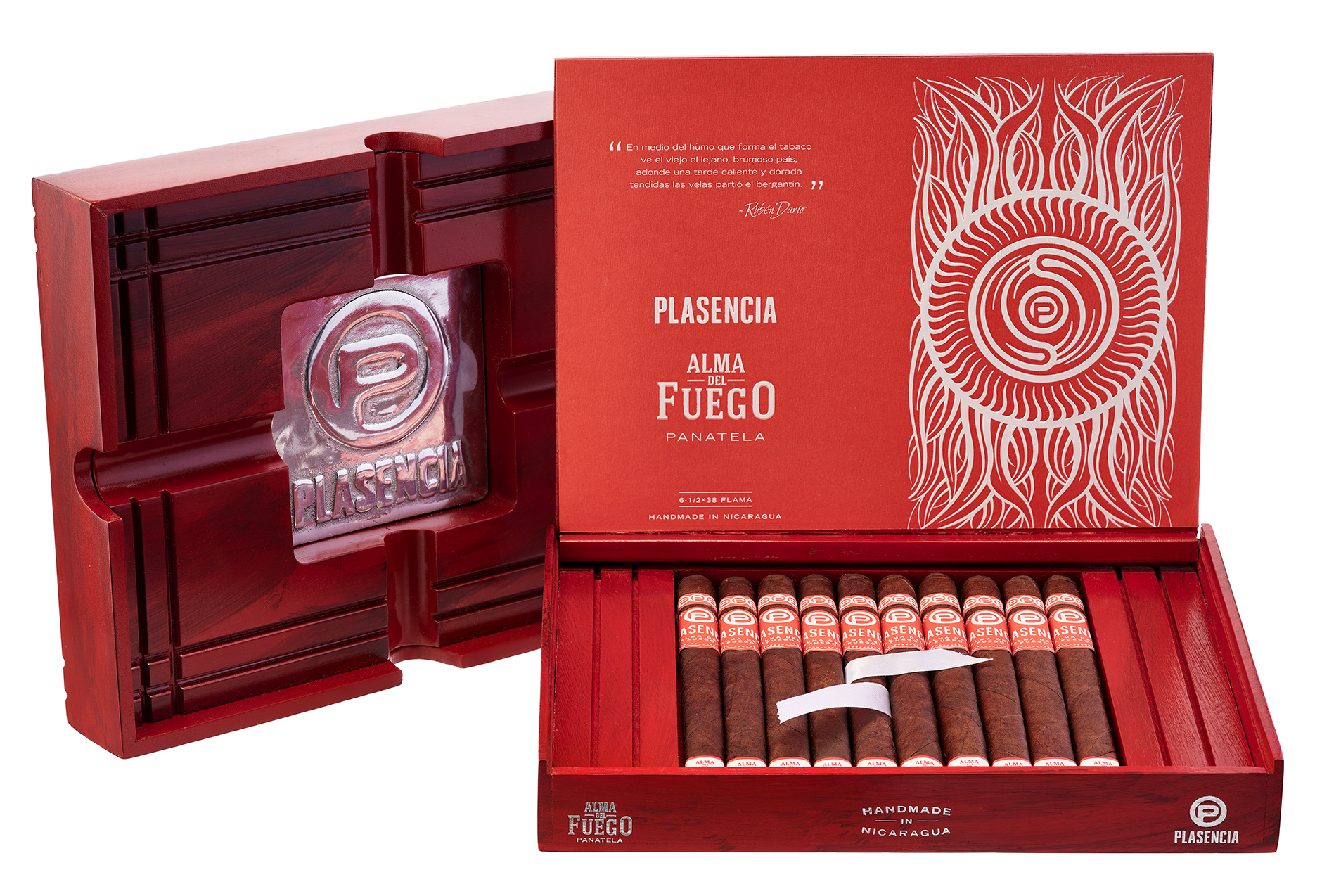 At the upcoming IPCPR Convention & Trade Show, Plasencia 1865 will be unveiling its newest line, Alma del Fuego, which focuses on tobacco grown in Nicaragua’s Ometepe region.

Ometepe is an island formed by two volcanoes in the middle of Lake Nicaragua, which is located in the southwestern part of the country. The island’s size does not allow for the production of large quantities of tobacco, but what is able to be produced is known for its strong, signature taste, which is further aided by the tobacco being grown in full sun. The tobacco’s profile influences the new line’s name, which means soul of fire, a nod to the strength of the cigar.

Ometepe-grown tobacco is being used for one of the two leaves in the dual binder as well as for half of the filler, while the blend is rounded out with a sungrown wrapper from Nicaragua’s Jalapa region and Nicaraguan tobacco of undisclosed varietals is used for the other binder leaf and the remainder of the filler. All of the tobacco is grown by Plasencia.

While strength is certainly part of the blend, the company isn’t billing it as simply being strong. In a press release, the company said that the wrapper contributes a good amount of sweetness, while the overall profile is marked by hints of spice, tangerine, roasted cashews and guava wood.

It will be available in three box pressed sizes:

As with previous releases in Plasencia’s Alma series, the lids of the boxes are designed to be used as ashtrays. This is the third of five planned releases by Plasencia that will bear the Alma name, joining Alma de Campo and Alma Fuerte.

The line is slated to ship to retailers shortly after the IPCPR Convention & Trade Show, which runs from June 28 – July 2 in Las Vegas, Nev. It should be on store shelves by mid-July.