For decades, the Plasencia family has produced cigars for a large number of different manufacturers out of its factories in Honduras and Nicaragua, including Rocky Patel Premium Cigars, Altadis U.S.A. and Quesada, just to name a few. The company had released a few cigars of their own in the past, but last year Nestor Andrés Plasencia and his father formed a distribution company named Plasencia 1865 specifically to begin selling the company’s own cigars, named after the year that the Plasencia family began growing tobacco in Cuba.

As part of that process, Plasencia released the first in a planned five-part Alma Series in 2016 named Alma Fuerte, a three vitola line that incorporates a wrapper from Jalapa, a Nicaraguan binder and filler tobaccos sourced from Condega, Estelí, Jalapa and Ometepe. Not only is it the strongest blend out of the five, it is also the line that carries the highest MSRP, with the three cigars retailing between $20 and $22 each.

Fast forward to the 2017 IPCPR Convention & Trade Show, where Plasencia debuted Alma del Campo, a Nicaraguan puro incorporating tobacco sourced exclusively from the company’s own fields. In addition, as with the Alma Fuerte before it, the cigars are packaged in boxes of 10 that feature lids that double as ashtrays. Alma del Campo is rolled at the Plasencia Cigars S.A. in Nicaragua and started shipping to retailers in August.

There were five vitolas in the Plasencia Alma del Campo line when it debuted. 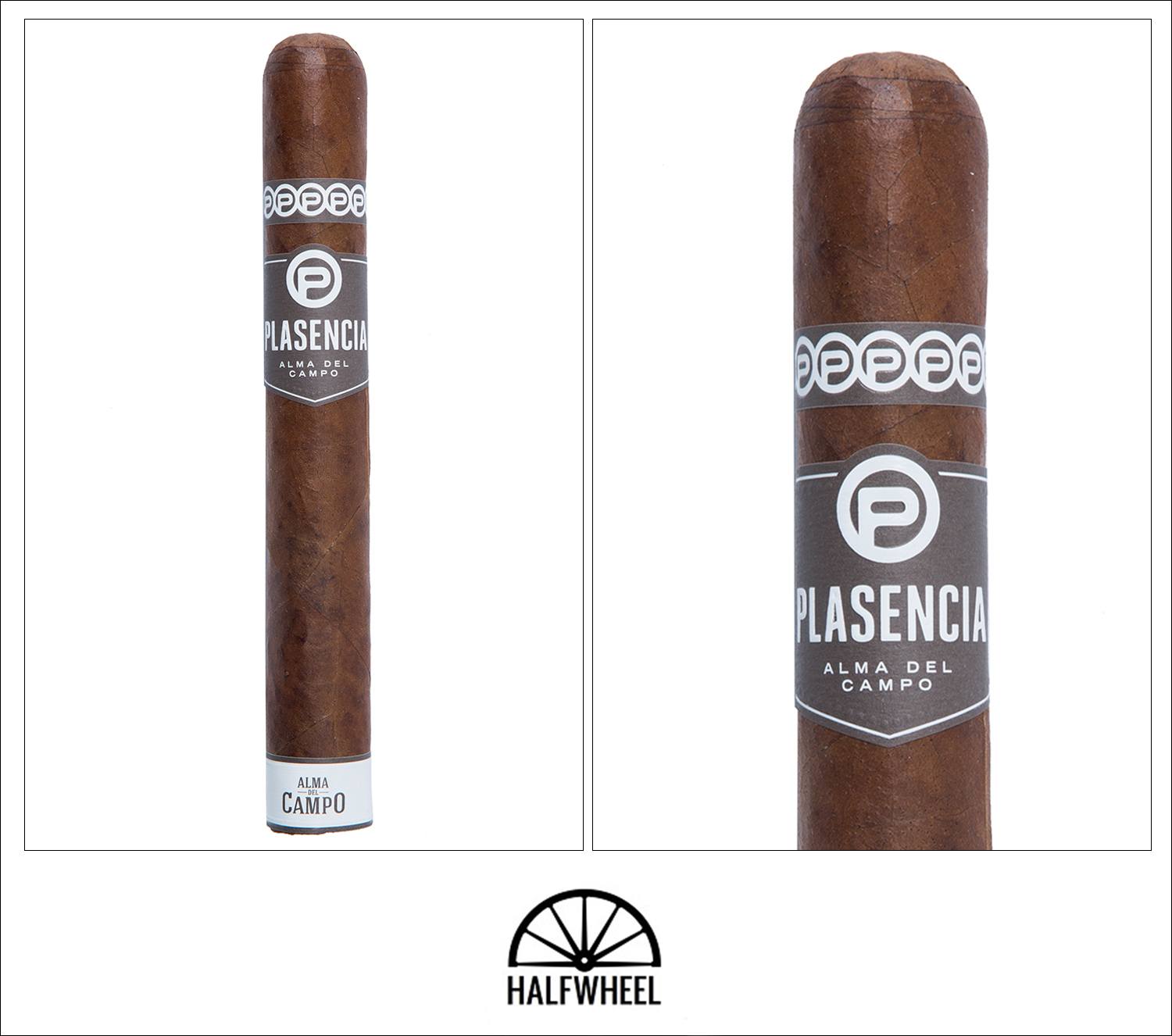 Covered in a medium milk chocolate brown wrapper, the Plasencia Alma del Campo is quite smooth to the touch with a noticeable amount of oil. There are virtually no seams present at all and the cigar is just short of being rock hard when squeezed. Aroma from the wrapper is a combination of dark cocoa, dank earth, leather, cedar and fruity sweetness while the cold draw brings flavors of the same dark cocoa powder, cedar, coffee beans and the same dark fruit sweetness.

The Plasencia Alma del Campo starts out the first third with dominant flavors of rich espresso beans and barnyard, along with popcorn, cedar, bread and slight creamy peanuts. There is some noticeable spice on my tongue that begins to fade after about 15 puffs, along with some fairly aggressive black pepper on the retrohale that shows no sign of receding any time soon. I am picking up some of the dark fruit sweetness from the cold draw, but it is not overly strong at this point. Both the burn and draw are excellent after a v-cut, and the smoke production is quite high off of the foott. Strength-wise, the Alma del Campo hits a point between mild and medium early on, and continues to increase as the first third comes to an end. 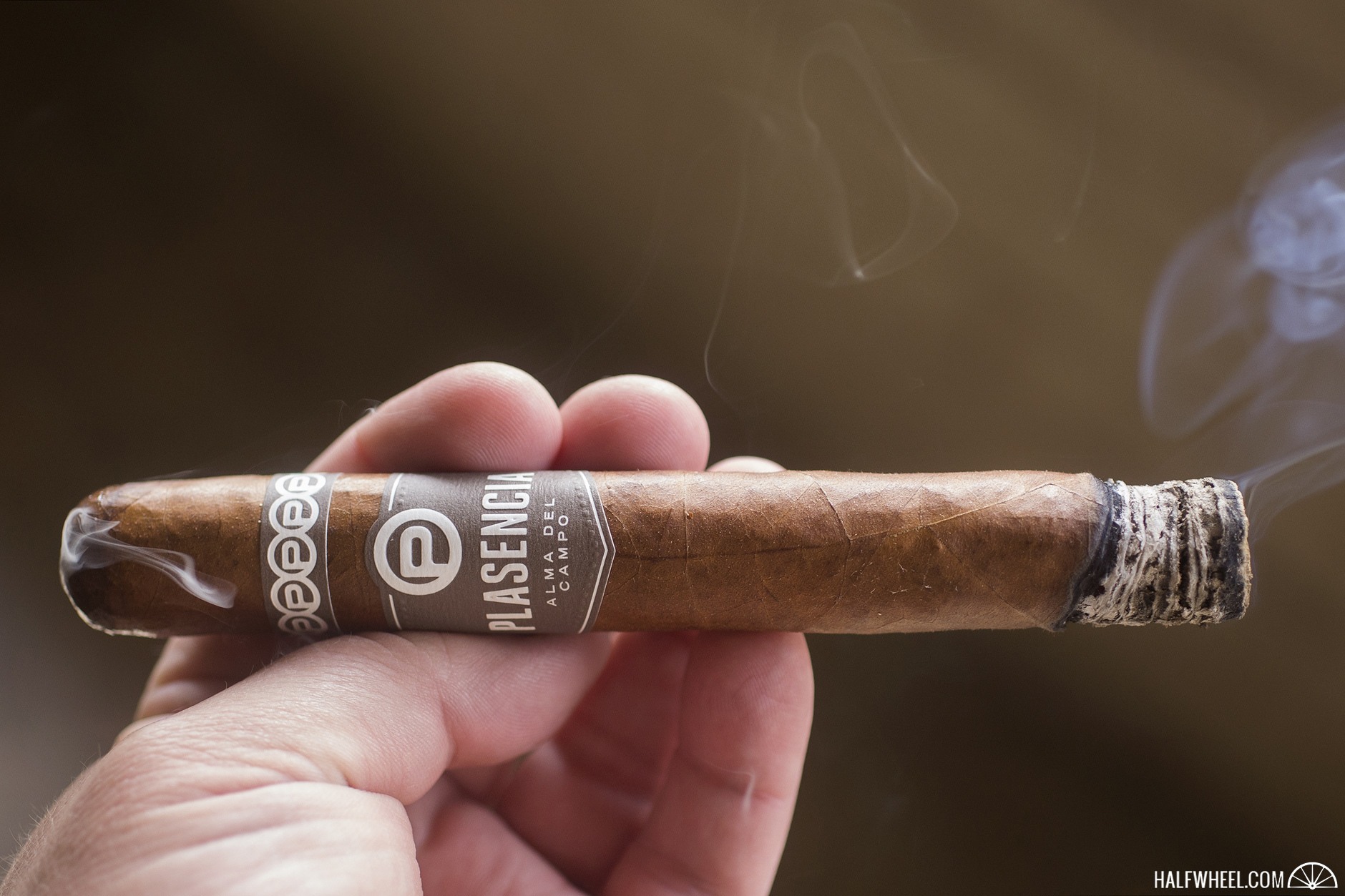 An interesting mild mint note shows up on the retrohale of the Plasencia Alma del Campo around the start of the second third, but it does not stick around long enough to impact the overall profile all that much and the dominant flavors remain a combination of rich espresso beans and barnyard. Other flavors of dark chocolate, hay, peanuts, anise, cinnamon and oats flit in and out, but none come close to being strong enough to challenge the main notes. There is still quite a bit of black pepper on the retrohale and dark fruit sweetness as well, but the spice from the first third is long gone, and the smoke production is still quite copious. Construction-wise, the Alma del Campo still features a wonderful draw and a burn line that does not need attention, while the strength has increased somewhat, hitting a point just under the medium mark by the end of the second third. 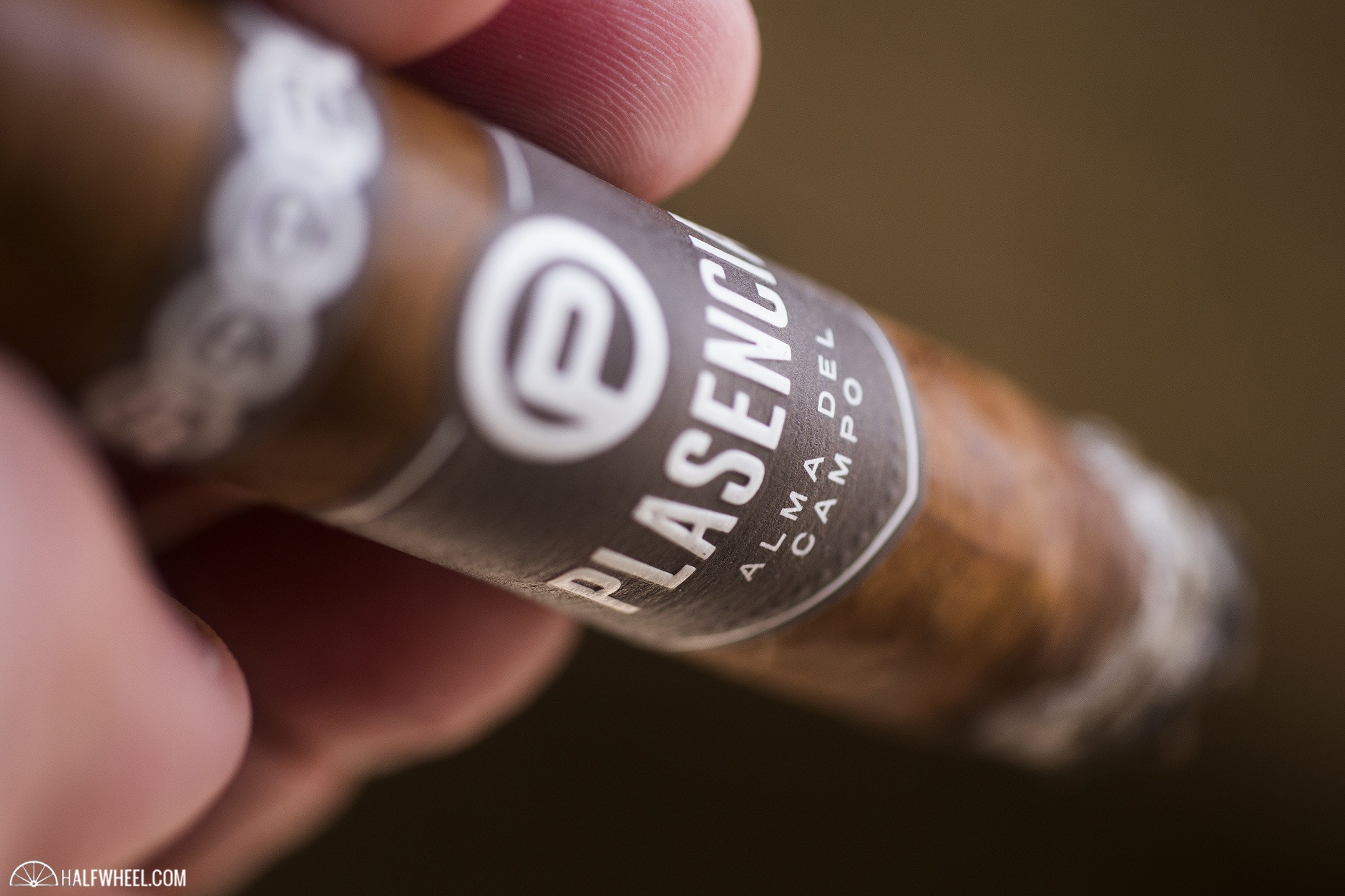 Although the profile of the Plasencia Alma del Campo does not quite fall apart during the final third, it does lose a noticeable amount of both nuance and complexity compared to the first and second thirds. While espresso beans and barnyard remain the dominant flavors, the notes are significantly less distinct, and the other flavors of hay, cedar and leather continue to play much lesser roles in the profile. The mint note has sadly not returned, and while the dark fruit sweetness is still very much present on the retrohale, it is noticeably reduced from its high point in the second third. The Alma del Campo does hit a solid medium mark before the end of the cigar, and while the draw continues to impress, the burn begins to waver a bit, forcing me to touch it up a couple of times before I put the nub down with a little more than an inch to go. 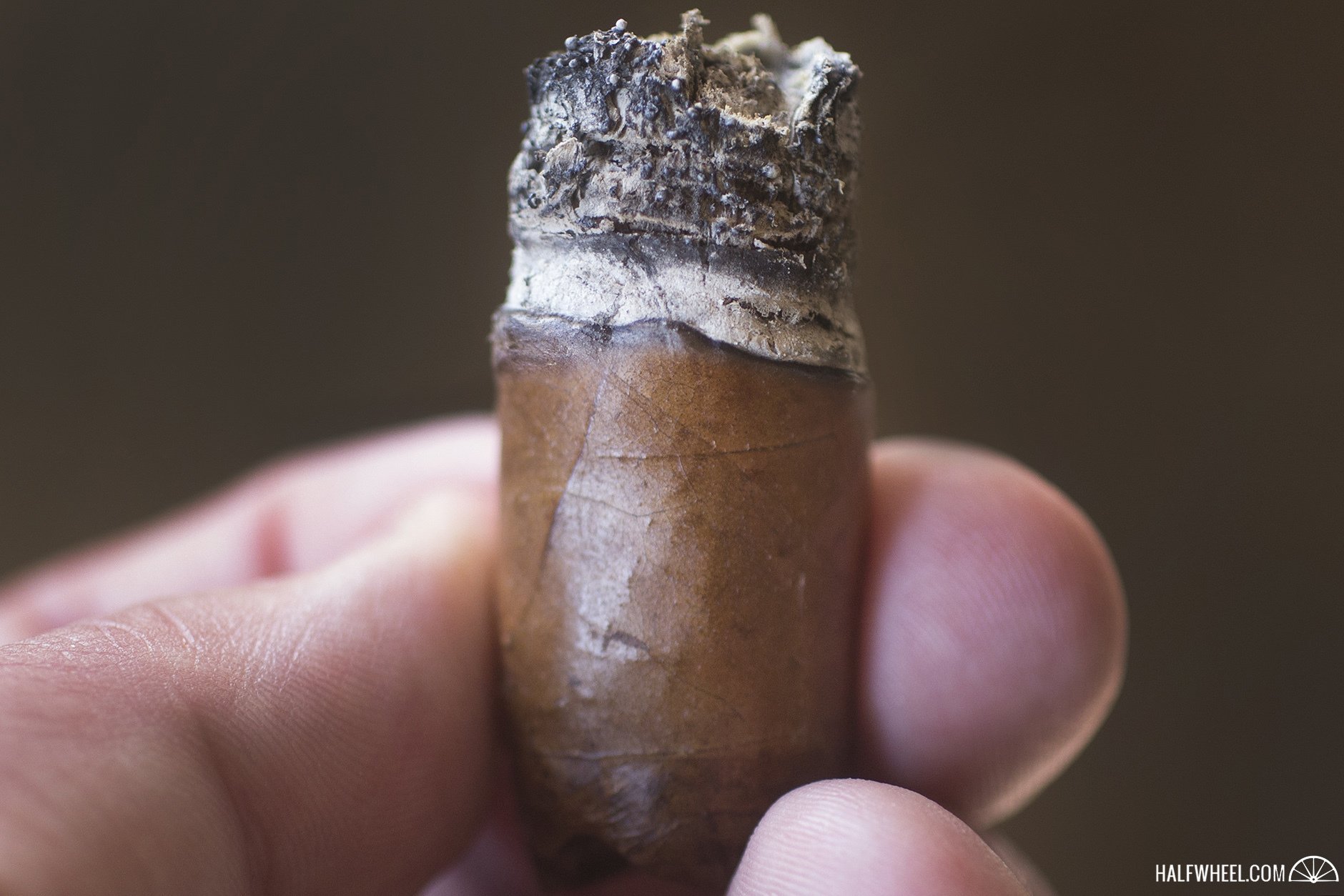 I smoked an Alma Fuerte earlier this year, and it is quite different from the Alma del Campo in multiple ways. Where the Alma Fuerte is stronger, bolder and more in your face, the Alma del Campo is sweeter, creamier and noticeably more balanced. Construction was excellent overall, with just two samples needing to be touched up once each, and the strength was extremely well integrated with the profile. While the vitola did nothing for me—in fact, the profile for this size did get a bit monotonous in the final third of each sample—even at its worst it is still well worth trying out.