Upon tracking down every different Oliva Serie V ever released, I stumbled across the fact that there was one or two releases I had no idea existed. One of them was the Oliva Serie V Corona Gorda, create specifically for BURN by Rocky Patel in Naples, Fla.

BURN is both the name of a cigar, but also the Naples cigar bar that Patel and co. opened and 2010. Shortly thereafter, the store receive the Illusione Burn, an exclusive line of four cigars. At the time, the store claimed that there would be nine exclusives from other companies, none of which have ever come to fruition. In addition, Oliva wasn’t mentioned as one of the nine manufacturers.

Oliva’s BURN Exclusive was released in late 2013 around the same time that the Oliva Serie V Tampa Humidor 10th Anniversary shipped. No one we spoke to at Oliva nor BURN managed to recall when it exactly that was or how many were shipped, but the details we can confirm are as follows: it’s a 6 x 44 cigar sold in 12-count boxes at around $10 per piece. 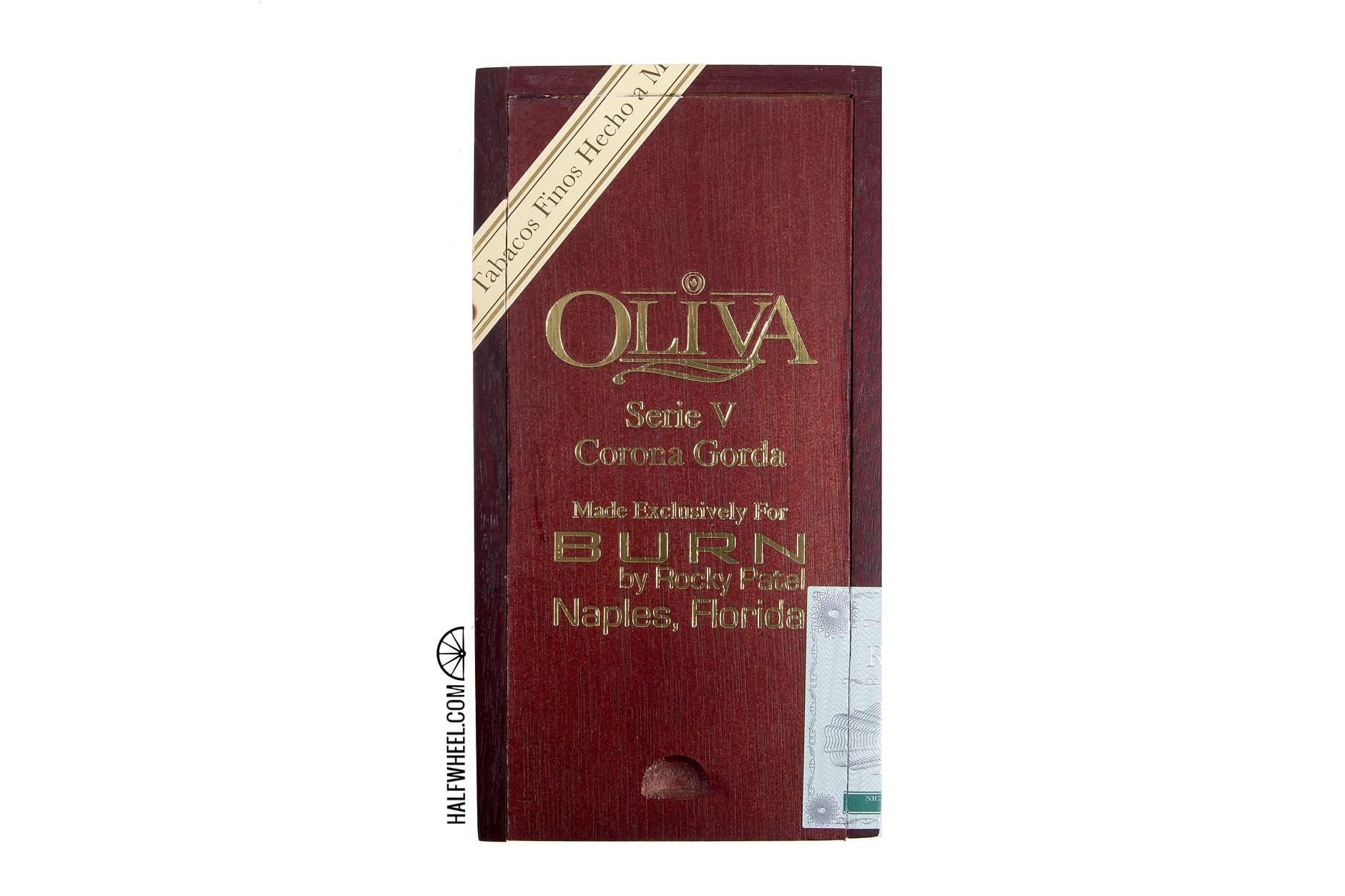 It’s one of 37 different Oliva Serie V-banded products that have been released in some shape or fashion. 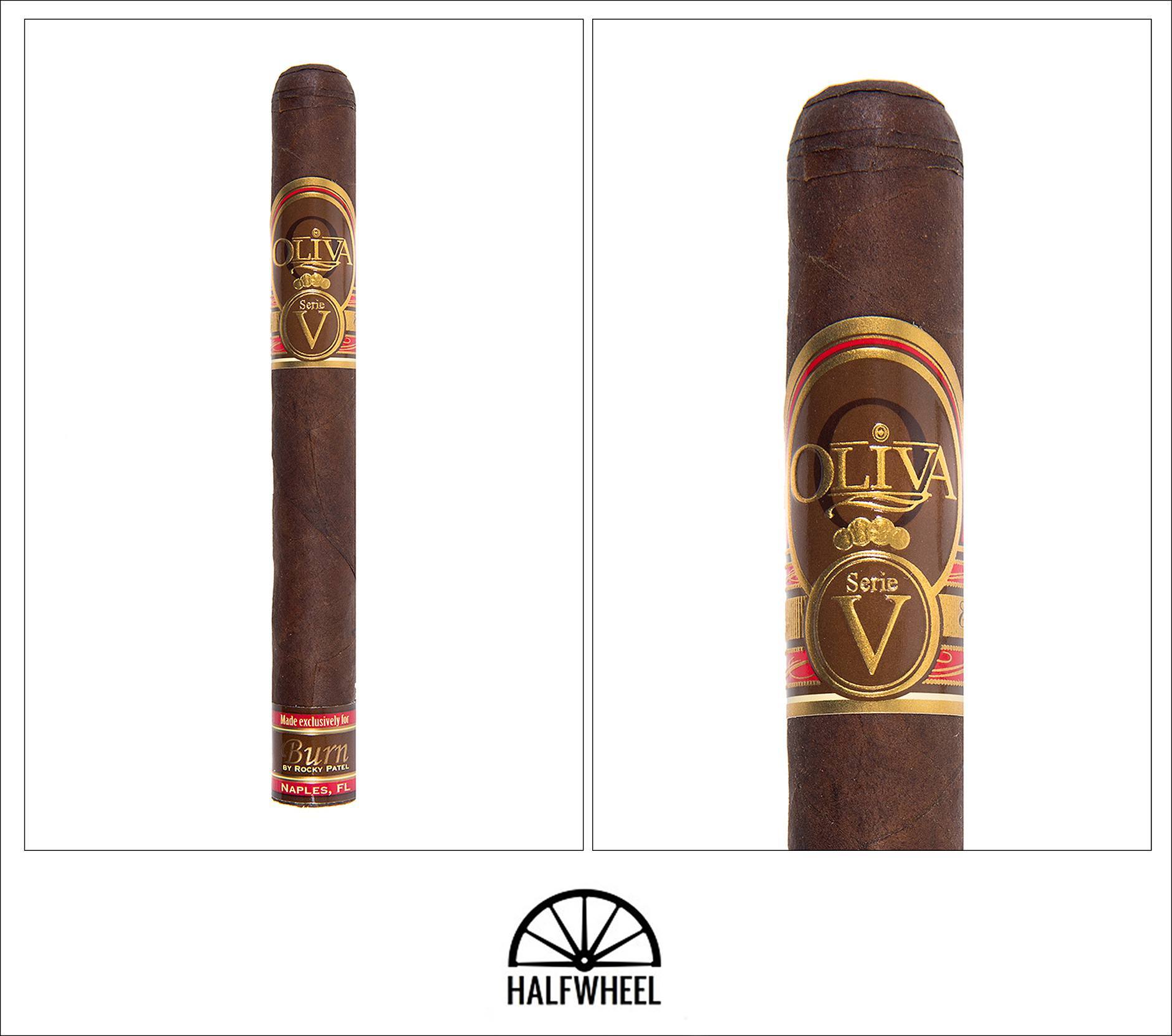 The first thing you notice is the foot band. While there was definitely some attempt at making it work, it doesn’t fit in my opinion. Upon slightly closer inspection, the wrapper looks a shade or two darker than I usually find Oliva Serie Vs, albeit not dark enough to be a Serie V Maduro. Aroma out of the cellophane is very sweet with lots of leather. From the foot, it’s hard to recognize this as a Serie V with lots of mahogany and some meatiness. It doesn’t get any more familiar on the cold draw: lots of damp earth, almost like a pile of wet leaves, cherry sweetness and some mild leather notes.

Each time, the draw tightens up on the Oliva Serie V Corona Gorda just after lighting. Flavor-wise there’s a nutty and grassy core with some sweet leather and both black and bell pepper around it. It’s not what I normally find in Serie Vs, although the dose of nicotine is present from the beginning. Things don’t change much, the wet leaves and earthiness remain, although the Oliva Serie V Corona Gorda is getting sweeter. On all three samples, the burn was not great requiring quicker than average puff rates and lots of attention, although it remained fairly even. 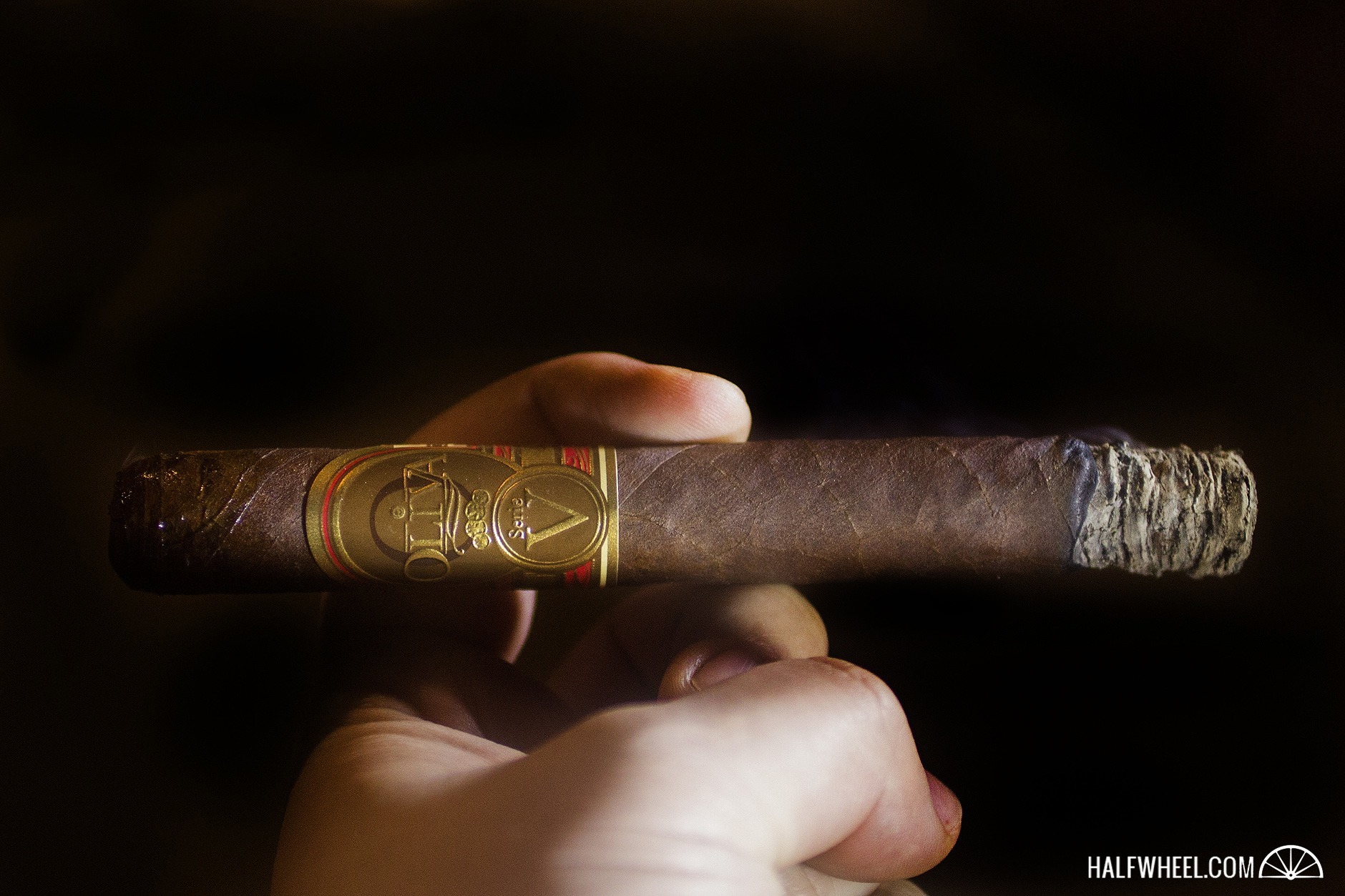 The sweetness continues to increase its presence, but it’s still not the chocolate and spicy core I find with many other Serie Vs. There’s still leather and wet leaves, although they’ve positioned themselves differently from the first third. Two of the samples I smoke have trouble staying lit despite my best efforts. Even dryboxing doesn’t seem to help, but that’s not my largest annoyance with the burn—it’s just slow, very slow. Midway through strength reaches full levels, but the body is still right around medium. A heavy dose of generic sweetness coats the palate as the two-inch mark, breathing a lot of life into the Serie V Corona Gorda. While the earthiness sticks around, the wet leaves are gone and coffee has been added into the fray. Burn continues to be a problem on all three samples, slow and not wanting to stay lit. Nicotine levels trail off to the medium mark and at the one-inch mark I’ve decided I’ve had enough. As I said last week, the Serie V is one of those special lines for me. At this point, I’ve somehow had almost all of the Serie Vs released, particularly from the original line, and not all of them are cigars I’d smoke again. I love lanceros, I like Serie Vs, but the Serie V Lancero rarely has done anything for me and for a while remained my least favorite size in the line, until now at least. This is the one Serie V that I have zero desire to smoke again. Perhaps a month of dryboxing would resolve the burn issues, but probably not. I’m okay accepting this just wasn’t very good, not everything can be a home run.