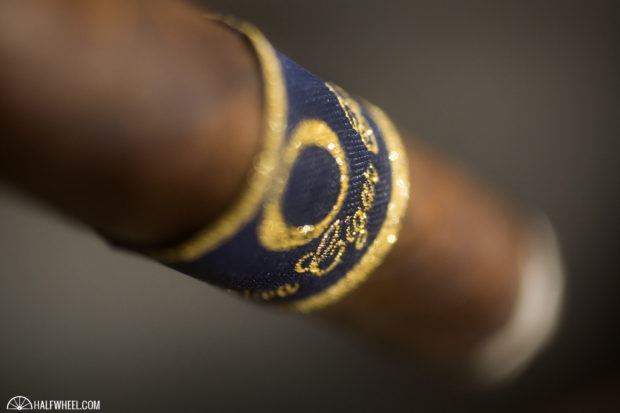 In 2001, Oliva Cigar Co. debuted three blends in a new flagship line named the O Series, each differentiated by a different color band made of cloth and packaged in boxes of 25 that can only be described as toilet bowl shaped.

First, there was the O Classic, which was made up of a habano wrapper and Nicaraguan fillers, while the O Bold featured a red band and was composed of the same habano wrapper as the O Classic, but had a fuller-bodied blend of Nicaraguan tobacco. Finally, there was the O Maduro, which was adorned with a blue band and incorporated a Connecticut broadleaf wrapper covering the same Nicaraguan tobacco used the O Classic. According to the company, all of the tobacco for both blends was aged at least five years before the cigars were rolled. 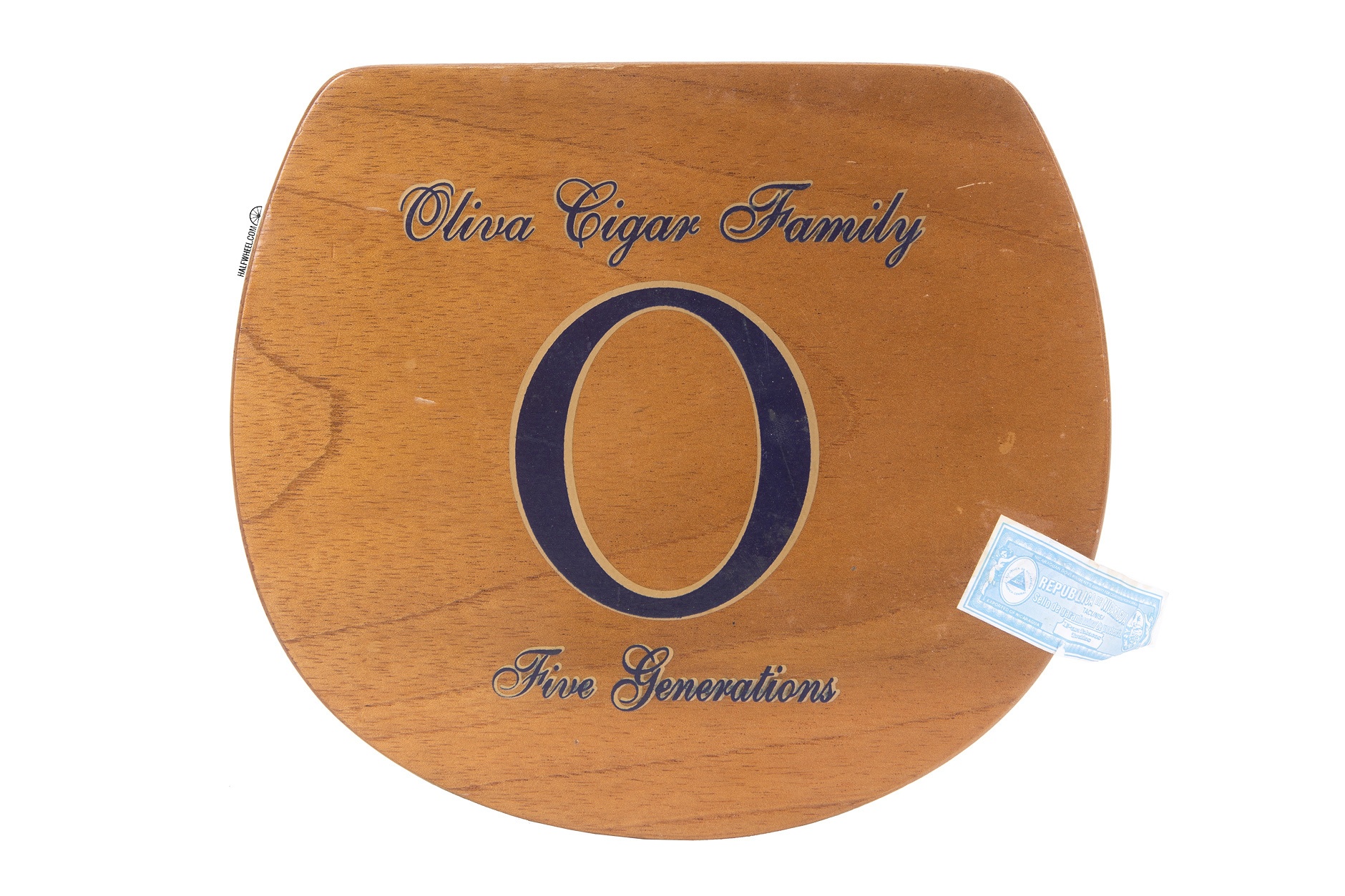 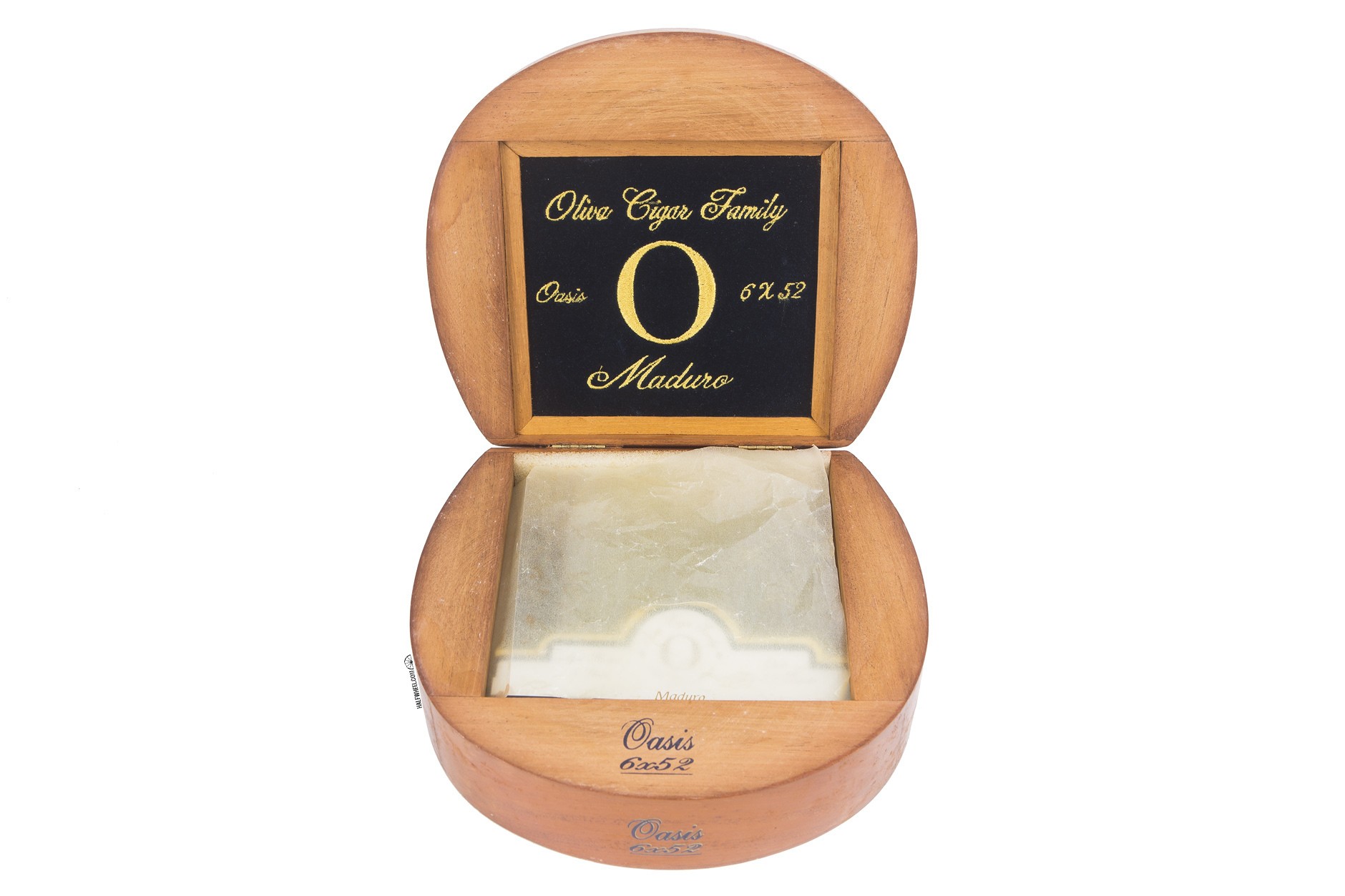 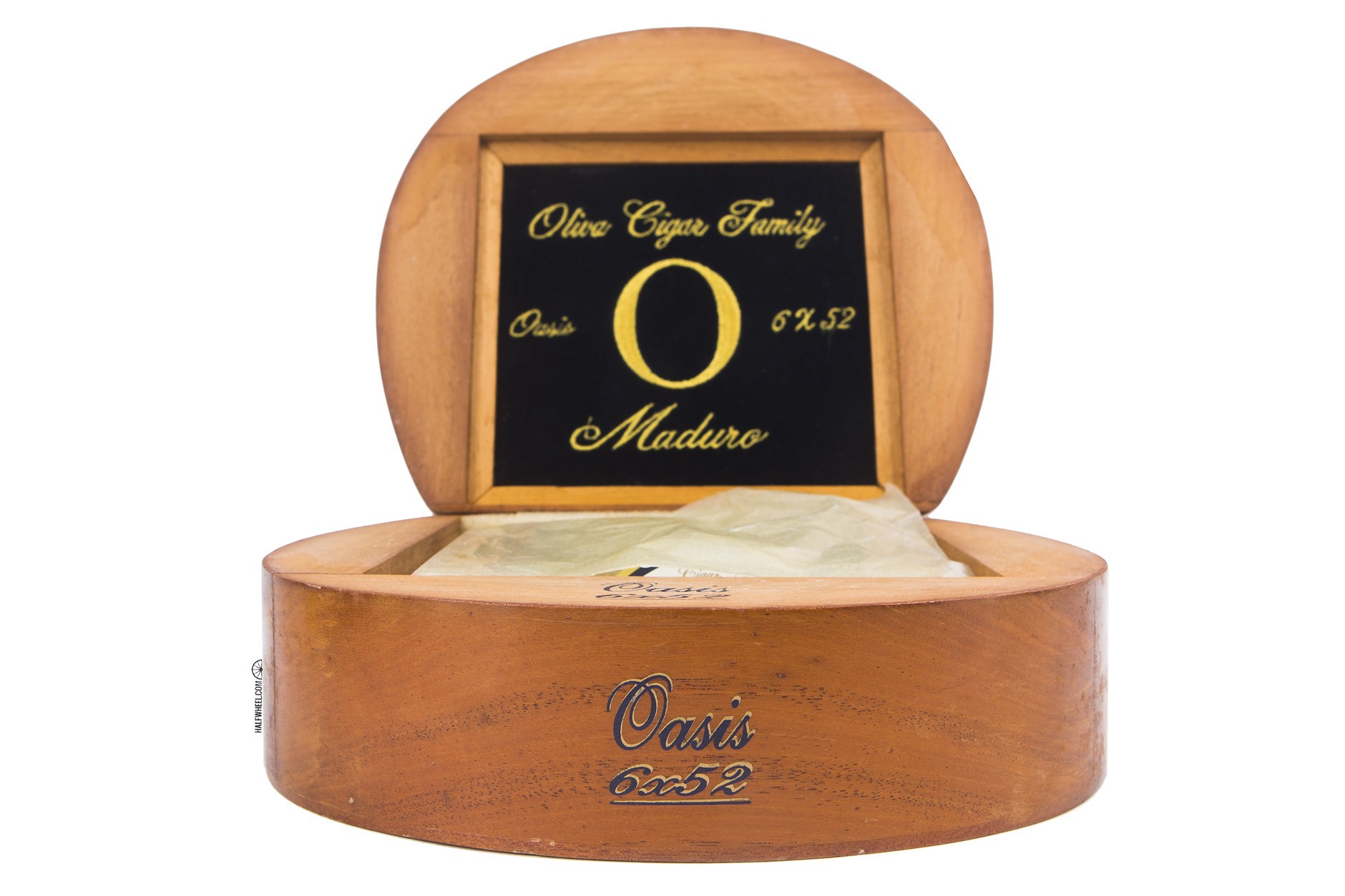 Although exact dates are sketchy, the blends had an exterior redesign around 2004 with the cloth bands replaced with paper bands and Ovation added to the name, although the blend supposedly stayed the exact same. However, 2006 brought many changes to both lines, as the names changed to Serie O, the packaging was updated and the blends were totally changed into what they are today. Covered in a dark, mottled brown wrapper that is slightly rough to the touch, the Oliva Serie O Ovation Maduro is the very definition of rustic in visual form. Somewhat surprisingly, there is still some oil present, and the cigar is just short of rock hard when squeezed. Aroma from the wrapper is a combination of cinnamon, earth, leather, dark chocolate and black pepper, while the cold draw brings strong flavors of aged oak, baker’s spices, cocoa powder, graham crackers and a touch of vanilla sweetness.

Starting out, the Oliva Serie Ovation Maduro Oasis features some immediate and distinct flavors of rich earth, leather and almonds, followed closely by notes of dark chocolate, hay, sawdust and coffee beans. There is a noticeable amount of bitter espresso on the finish, as well as some slight indeterminate sweetness and black pepper on the retrohale, neither of which seem to be increasing anytime soon. The draw is excellent after a simple Dickman cut. While the burn is a bit wavy, it is not so bad as to need touching up just yet. Smoke production is copious and dense white, while the strength is virtually nonexistent, ending the first third entrenched in the mild range. 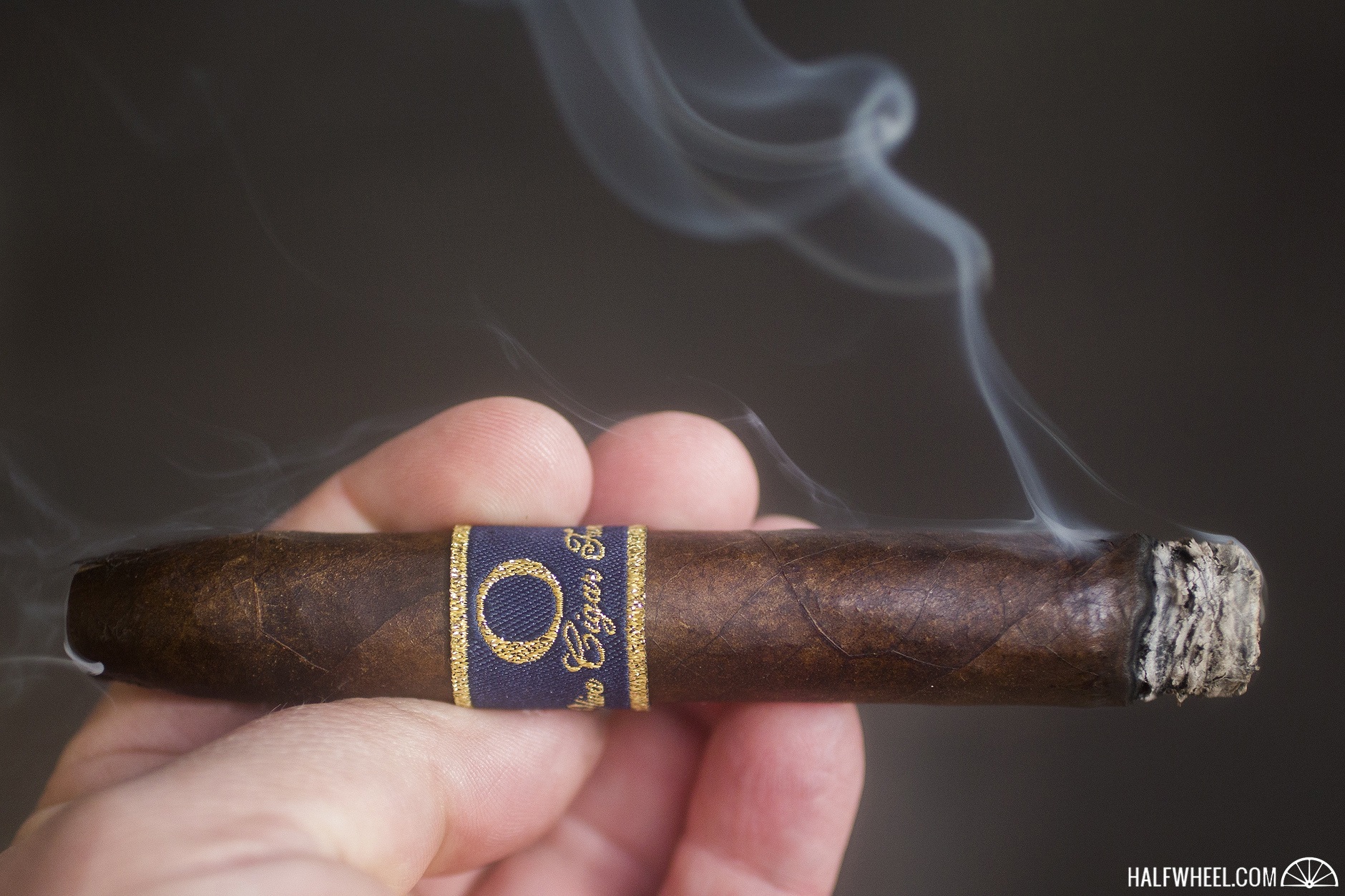 The combination of rich leather and earth takes over the dominant flavor combination early in the second third of the Oliva Serie O Ovation Maduro, while other flavors of yeast, creamy oak, dark chocolate, espresso beans and nuts flit in and out. The indeterminate sweetness that had been so faint early on increases significantly around the halfway point, but it does not last long, receding almost as quickly as it showed up. The draw remains wonderful, but the burn starts to wander, forcing me to touch it up a couple of times. The strength increases, but still fails to even come close to the medium mark by the halfway point by the end of the second third. 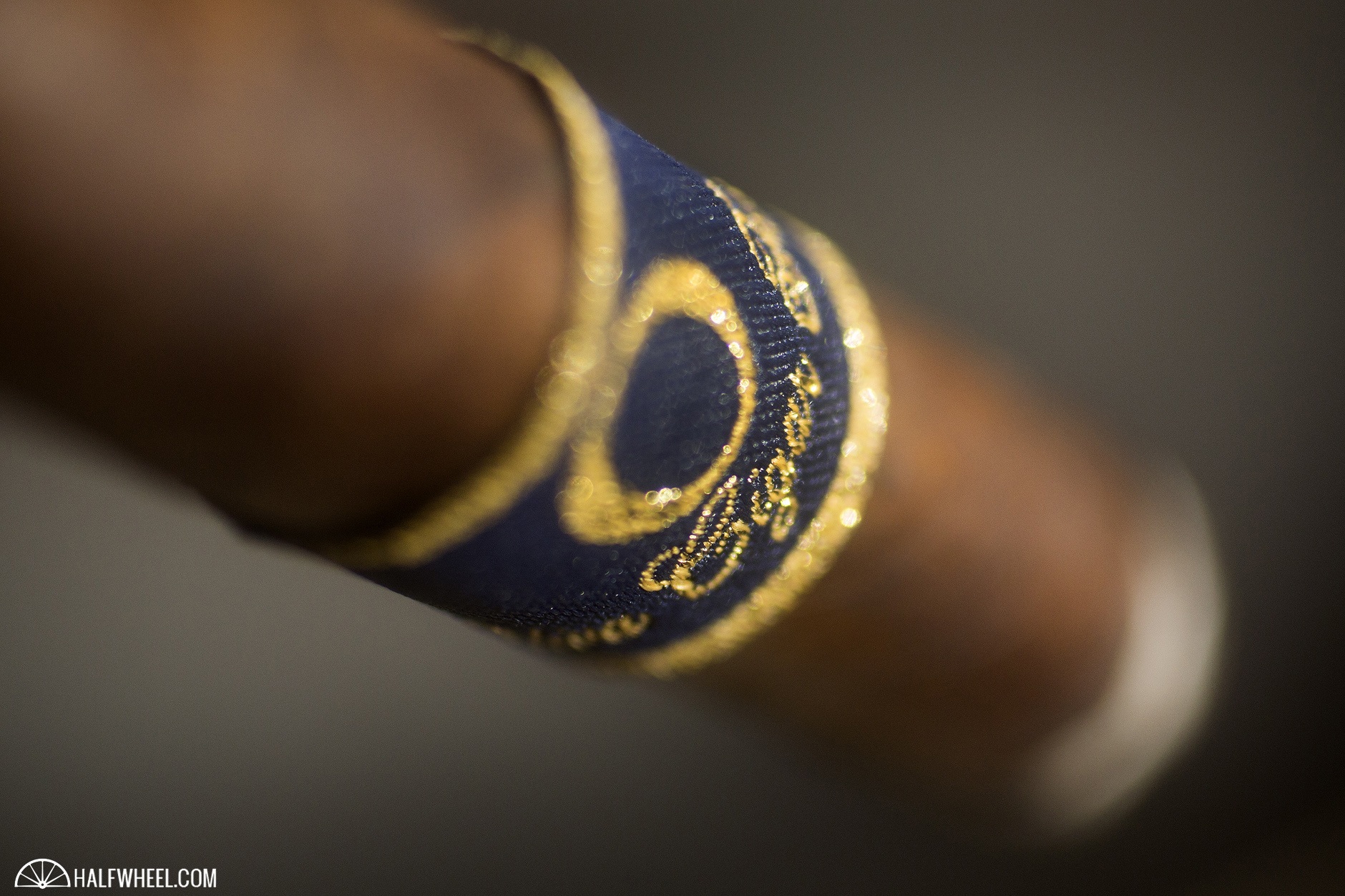 The sweetness that really could have made things interesting is long gone by the start of the final third of the Oliva Serie O Ovation Maduro, replaced with the very familiar earth and black pepper combination. There does seem to be more dark chocolate in the profile as well, along with notes of peanuts, oak, licorice, leather, tobacco, yeast and a touch of tart dark fruit. The burn has evened up nicely and the burn is as good as always, while the smoke production continues to be quite copious from the foot. As expected, the overall strength continues to not be an issue, and ends up at a point about halfway between mild and medium before I put the nub down with less than an inch left. Anytime I smoke a cigar that is this old, there is always some apprehension: will there be any flavor left, and if so, will it be something that I would actually smoke? In this case, while there were distinct flavors present—especially in the cold draw—the lack of any real sweetness really hurt the profile, and the balance suffered in two of the samples as well.  For the most part, while the Oliva O Ovation Maduro Oasis are definitely past their prime, they are still a decent enough smoke, and definitely worth trying, if for the experience of smoking a piece of history.