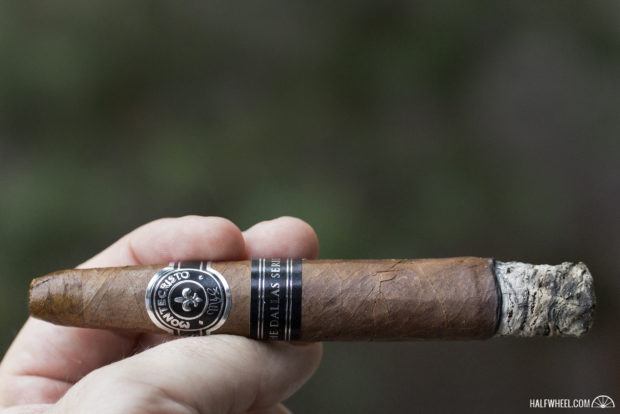 One of the most interesting trends in the cigar industry over the past few years has been large cigar manufacturers and brands getting into the retail business. While there are a number of companies to do so, few have been quite as aggressive as Imperial Brands/Tabacalera USA, which is best known as the parent of Altadis U.S.A.

Just this past summer, the company’s Casa de Montecristo retail presence grew to 26 locations, 17 of which are owned by Imperial Brands/Tabacalera USA, and nine of which are franchise locations.

One of those company-owned locations is a Casa de Montecristo located in Dallas, Texas, that opened in September 2016. As should come as no surprise, the store has its own cigar, the Montecristo Dallas Series, a 6 x 50 belicoso that uses an Ecuadorian habano wrapper, Nicaraguan binder, and fillers from the Dominican Republic and Nicaragua. Just 1,000 numbered boxes of 10 cigars were produced by the Tabacalera de García factory in La Romana, Dominican Republic, with pricing set at $17 per cigar, though it was offered at a significant discount—$79.99 per box—as part of an opening special.

Here’s what I said about the Montecristo Dallas Series when I reviewed it in Oct. 2016:

There should be no doubt if you read the notes that I liked the flavor and loved the aroma of this cigar, and the overall result if a positive one. While I could ask for a few additional things from the Montecristo Dallas Series in terms of depth, complexity and intensity of flavor, the one thing that I would most like would be to smoke it at the actual store. I’m a big believer in place affecting the experience, and I think smoking this at Casa de Montecristo Dallas might make this a slightly more appealing cigar. 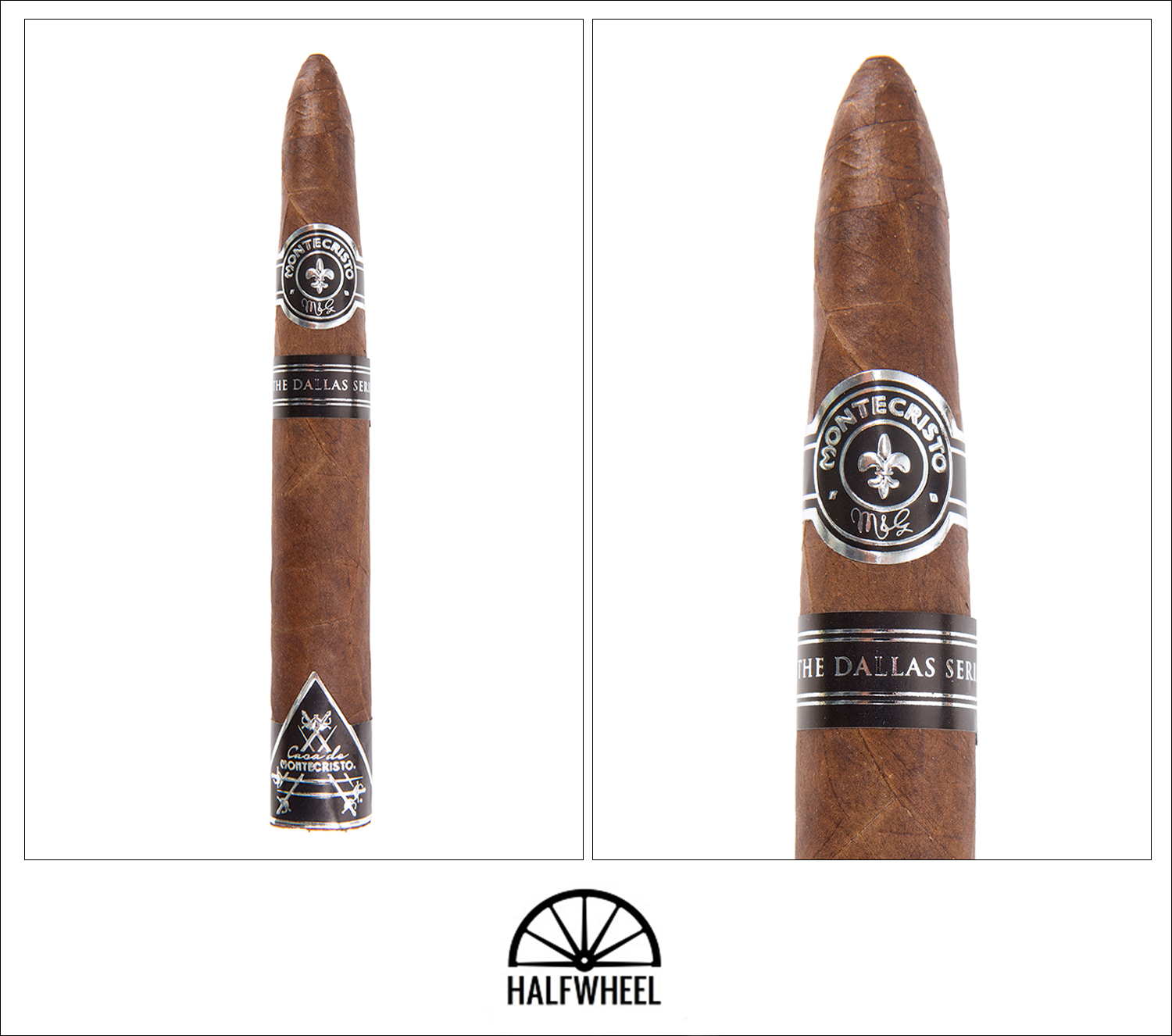 The Montecristo Dallas Series has a wonderful shape, a belicoso that appears to start its taper around the secondary band rather than closer to the head. The wrapper is decent looking if not the most gorgeous leaf I have ever seen, a bit on the dry side with no major veins or tooth and a shade of brown that is on the darker side of medium. It’s well-rolled with flat seams and consistent firmness from head to foot. Aroma-wise, the foot is fairly non-descript, offering very subtle hints at a tobacco aging room, wood shelves, generic tobacco, and the slightest suggestion of some raisin. A conservative clip of the head reveals a draw that is a bit tight and more of the raisin note, though this time it’s closer to a raisin bagel. It’s far from sweet, but is familiar and pleasing.

The cigar opens on a medium bodied note that quickly adds pepper to tingle the nose and tongue; the backing notes aren’t bad per se, though I find them to be just a bit off for my palate. The flavor corrects itself fairly quickly and leans on the pepper to do most of the work, as a bit of cedar and light earth start to form the background. Just before the burn line has reached the one-inch mark, a crack has developed in the wrapper just below the secondary band, and while I’m not initially concerned, it begins to grow quite quickly and the leaf lifts away from the binder. The aroma of the cigar has developed quite well by the time the first chunk of ash is ready to depart, offering some campfire and grill notes along with a bit of warm brown sugar. The cigar remains fairly linear throughout the rest of the first half, with the draw, combustion, burn line, and smoke production all more than satisfactory. 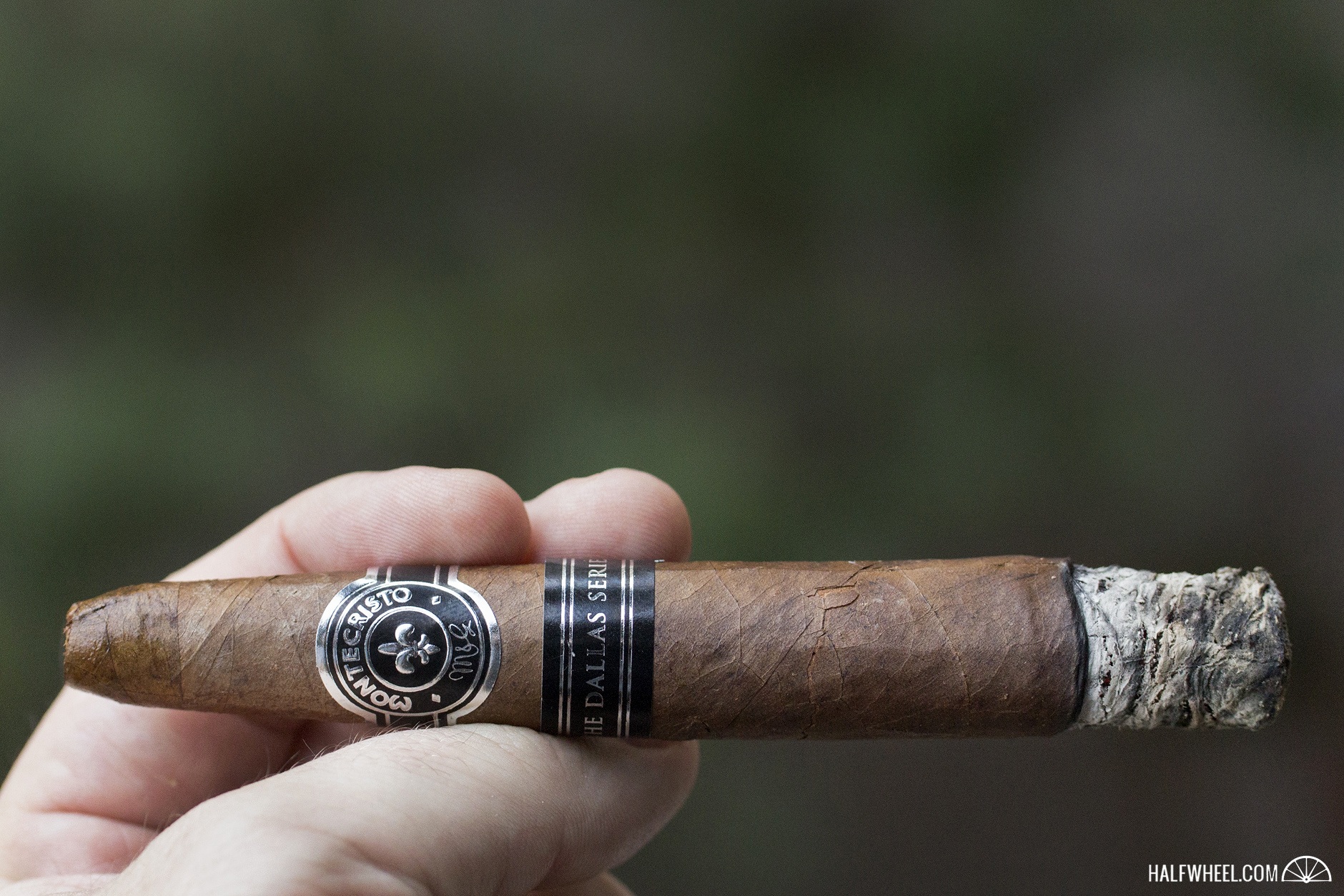 Much like I remember it from a year ago, the Montecristo Dallas Series isn’t terribly complex or engaging, but makes for a pleasant enough smoke that would fit well as an accompaniment to a conversation. The flavor stays fairly lines until the burn line reaches where the bands would be had I not slid them off long ago; at this point it picks up some of the same black, earthy style of pepper it showed in the first third to help this section finish with some strength and tingle. Some newfound maple sweetness comes out in the final two inches or so, giving the Montecristo Dallas Series a new profile that seems quite enjoyable but that shows up far too late to be fully enjoyed. It continues to burn quite well, wrapping up at just about two hours of smoking time.

I can't say much has changed in my opinion of the Montecristo Dallas Series in the nearly 12 months it has been resting in my humidor. It's still a pleasant cigar that lacks in complexity and depth of flavor, but is far from bland or flat. It's perfectly smokable, offering good amounts of pepper, a very pleasing aroma, and a newfound twist of sweetness at the end. I still think the one thing this cigar is most lacking is place, as I can't help but imagine I'd enjoy it a bit more—though maybe not score it any higher—were I to smoke it at the Casa de Montecristo for which it is named.