While it’s no longer the newest release from Matilde Cigar Co., the Quadrata was the star of the company’s IPCPR Convention & Trade Show. Quadrata is the third release from the company, a three-size line that is designed to fall in between the company’s other two lines: the debut Renacer and the sophomore release Oscura.

The concept was to make a blend stronger than the original Renacer, but milder than the Oscura. 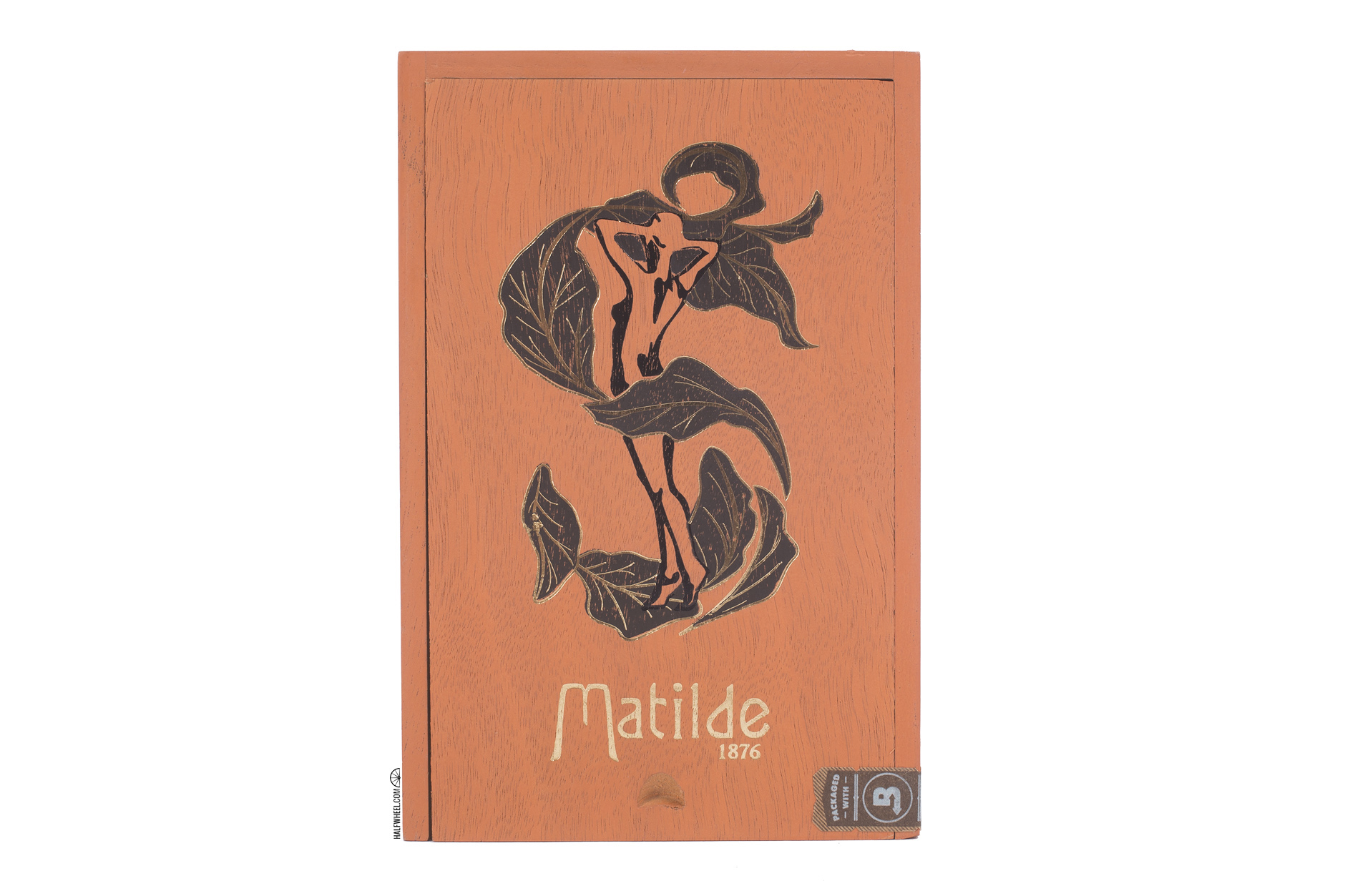 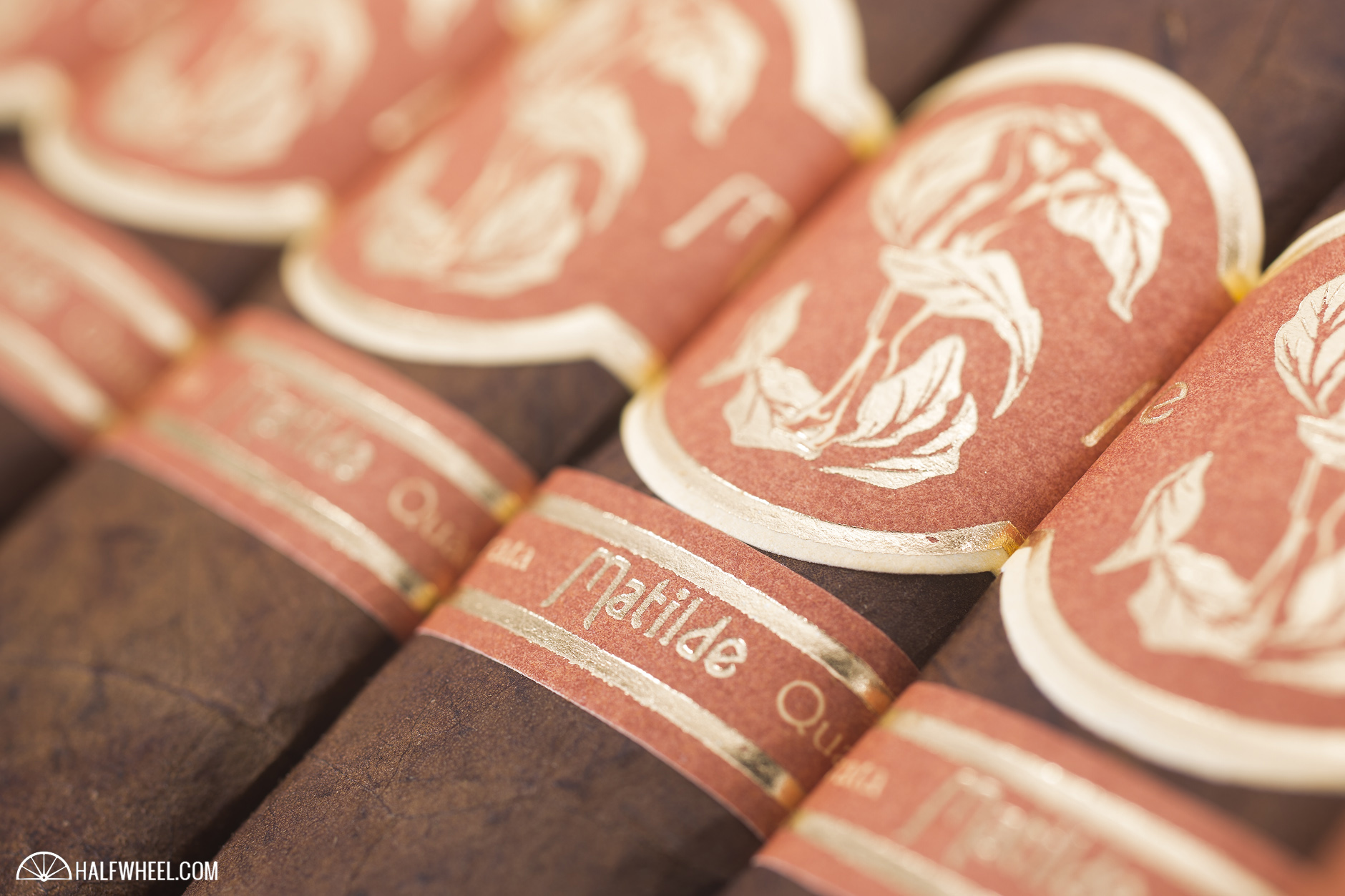 For that, Matilde used an Ecuadorian habano wrapper, Dominican binder and fillers from the Dominican Republic and Nicaragua. It formally debuted at the trade show and it began to show up on retail shelves about a week or so after the show concluded. 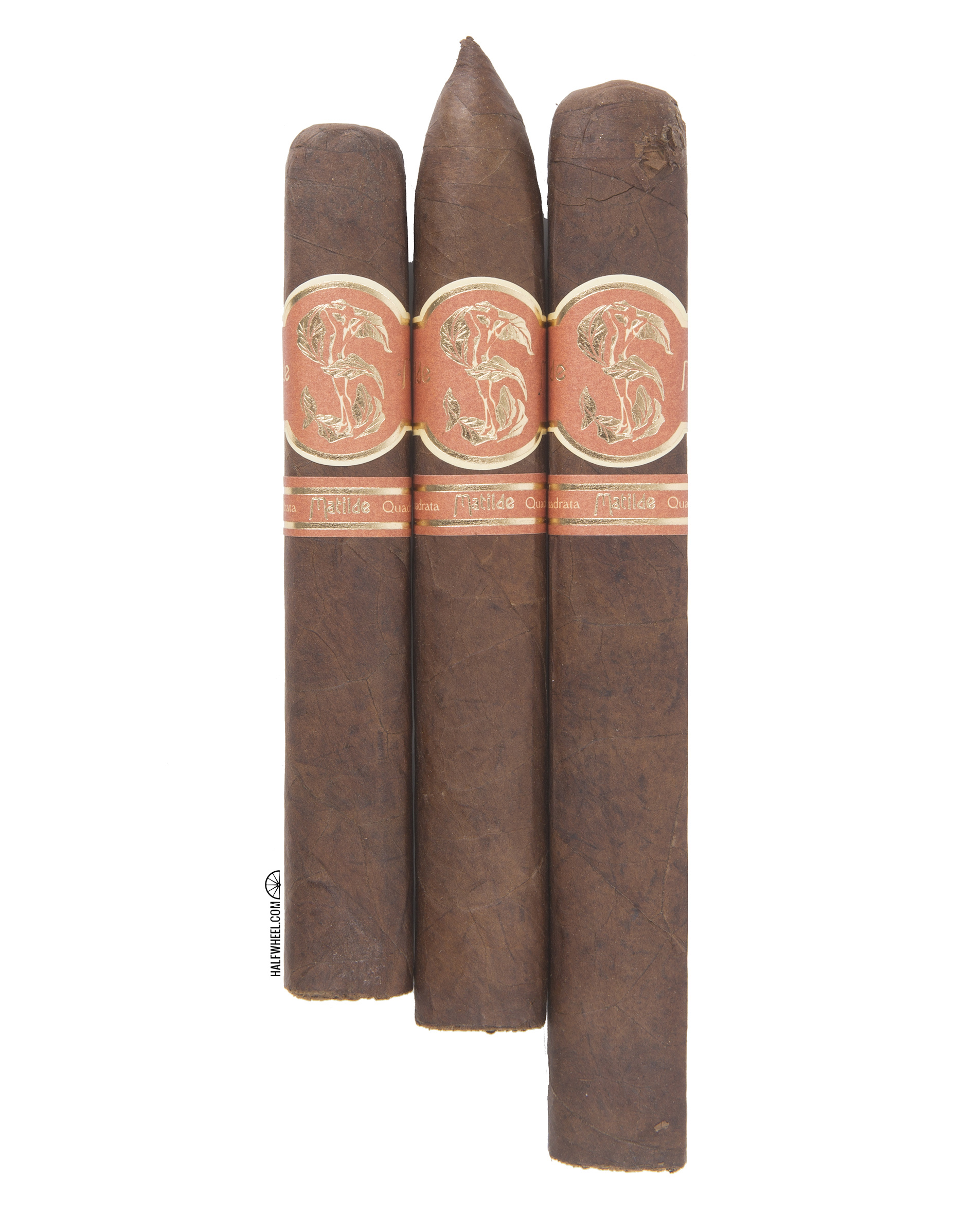 Like the rest of the Matilde portfolio, Quadrata is produced at Tabacalera Palma in the Dominican Republic, the factory which Matilde moved its production to in Dec. 2015 after producing cigars at Tabacalera Matilde in La Romana. It’s a pretty cigar, one that seems to be a bit larger than the 6 1/2 x 54 that it is officially listed at, but I don’t bother to take out a ruler. The orange band on a brown wrapper is a combination that most avoid, though I think it works fine here. The box-press is pretty sharp with a rectangular shape that leads to me feeling some form of an edge on the side. From the wrapper I get sweet cocoa, some acidity, nuts and a bit of a waffle cone. The foot is sweeter with the chocolate overtaking a manure and acidity combination. Behind that is a bit of pralines and what I recognize as diesel fuel, though it’s mild. There’s still cocoa on the cold draw, but it’s not as dominant as it is on the aroma. There’s also brown rice and some orange peel, though it’s not as sweet overall as the aroma.

The Quadrata starts with some cocoa over mild cedar. It’s similar to the sweet, yet not artificial chocolate I found in the aroma of the unlit cigar, but it’s not particularly complex with only “generic herbs” rounding out my initial tasting notes. What’s particularly interesting is the charcoal-rich aroma that kicks off the cigar, though it seems to disappear into the summer air pretty quickly. Flavor is dominated by a sweet cocoa that seems to slowly reduce its dominance with every puff. There’s some saltiness, particularly on the finish, but it doesn’t combine into the type of culinary synergy that I normally enjoy. The retrohale provides some peach, a sourdough bread and some thyme, all around medium. My main issue with the Quadrata is that despite an even burn, I never feel like there’s enough smoking coming out of the top of the cigar and entering the mouth. Strength is mild to medium, body is medium-full and flavor is medium-plus. 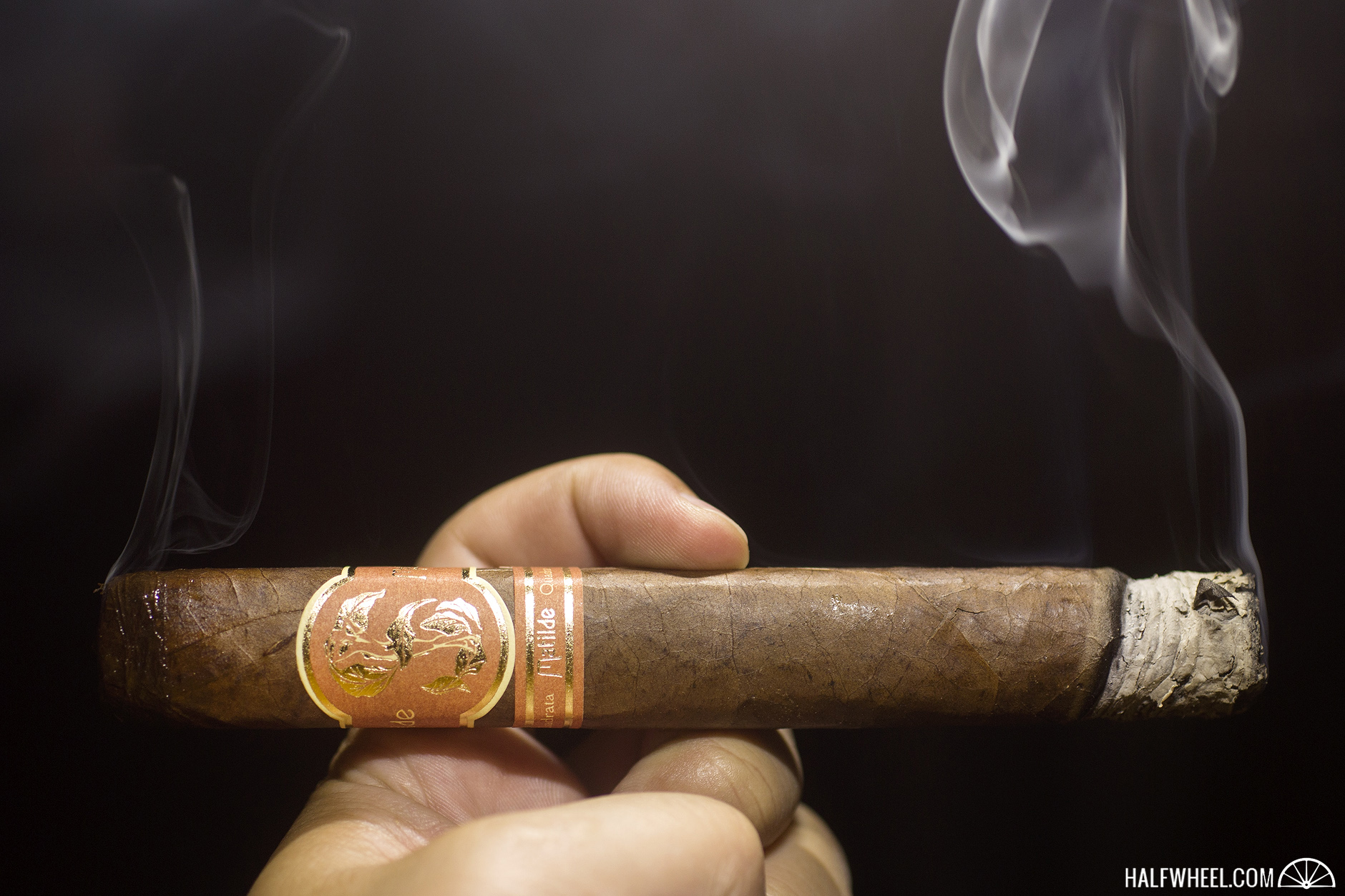 While there’s still some sweet cocoa, it continues to fade with every puff as the second third of the Matilde gets going. It’s beginning to be replaced by a toasty flavor that reminds me of a holiday fireplace. The retrohale provides a pork-flavored meatiness, orange peel, some bourbon oak and some saw dust when the cigar is pushed more. While the ash holds on for nearly two inches on two of three samples, the burn on one gets a bit wonky. Fortunately, a small touch-up to one side fixes that and dramatically helps the smoke production, which makes me wish I would have made the correction earlier. Elsewhere, strength is increasing to medium-full. 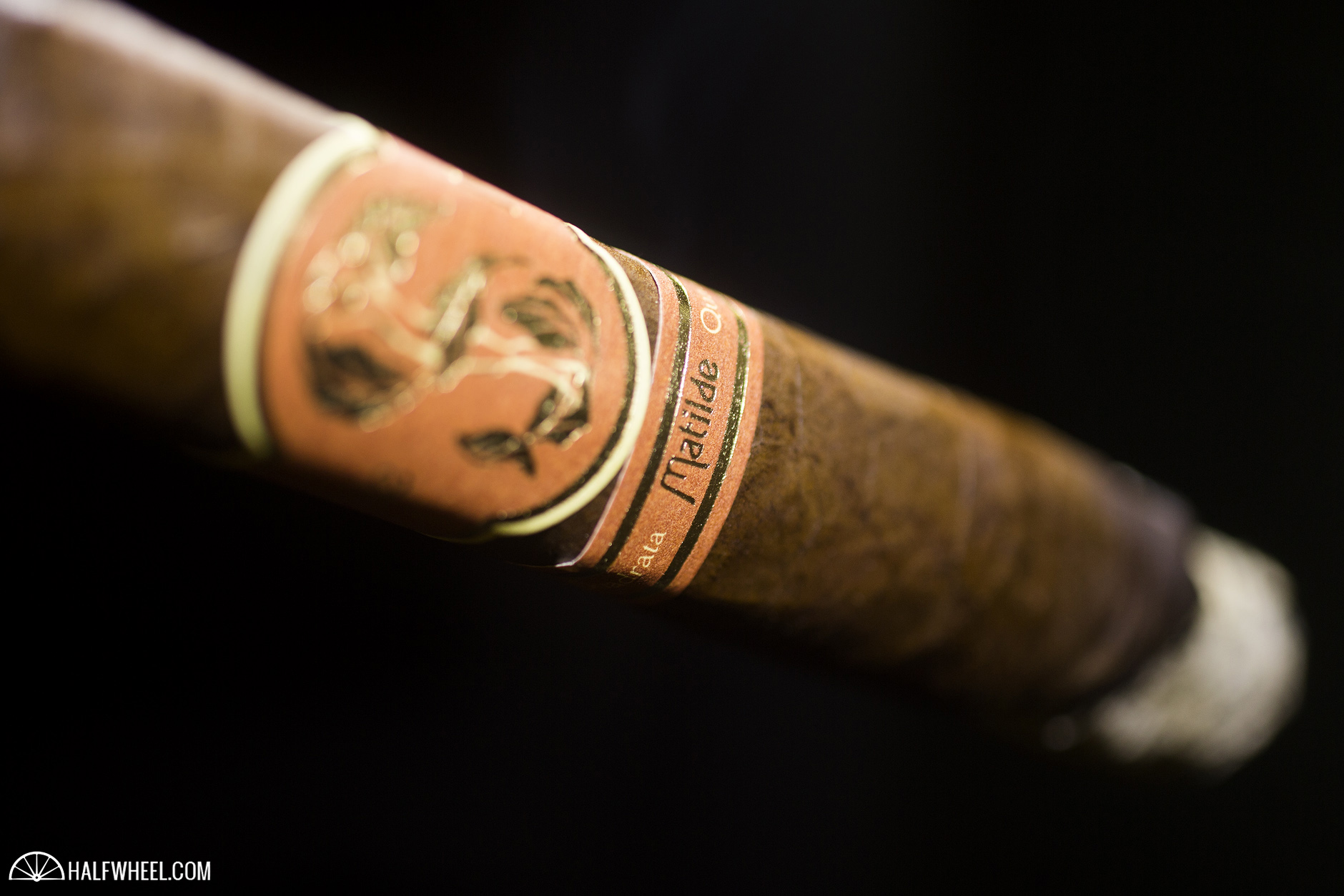 By the final third of the Quadrata, there’s no signs of the chocolate that once dominated my tasting notes. Instead, there’s an array of toastiness on the mouth covering some harshness, the first sign of any real pepper in two hours of smoking. Towards the final inch, the box-pressed nature and the heat make the cigar physically a bit soft, but when I get enough smoke to retrohale, I get a nice blend of fruitiness contrasted by a deep pepper that extends down the throat like Ballast Point’s Habanero Sculpin IPA. Unlike the beer, which is almost undrinkable to me because of the linear assault on the throat, I find the sweetness to be a great contrast. The body ramps up to full and the strength is creeping there, though I’m not sure it ever gets to that mark. Construction is great until the one-inch mark when there’s simply no more smoke coming from the Matilde. 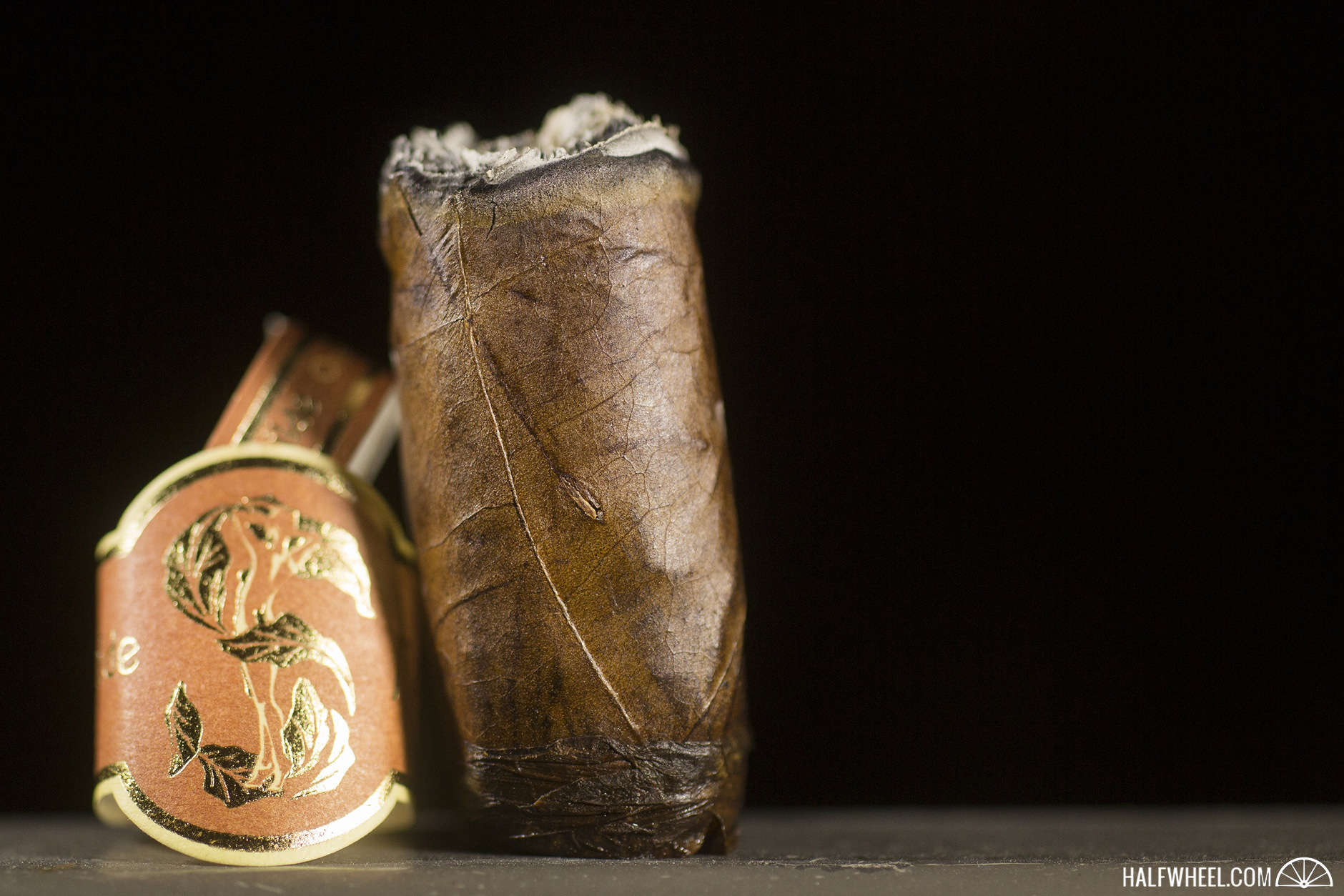 The Matilde Quadrata is my favorite of the first three releases from the company. More so than anything, the challenge of the Goldilocks syndrome--trying to make this release fall in between the first two releases in terms of profile--was extremely well executed. While the flavors were not the most complex profile I’ve smoked in recent memory, it does progress nicely from the chocolate start to the toasty finish with a surprise pepper kick at the end. At $9 for the fairly large Toro Bravo size, it’s a rather compelling offering in today’s market; now I want to see if the other sizes provide a more intense flavor.