In July 2020, The Lotus Group/Integral Logistics announced a variety of new products that would be shipping just in time for summer. Included in that list were the Viper V-cutter, the Pinnacle single action guillotine cutter and a new 15-count travel humidor named the VC-15. However, arguably the most interesting new creation was the Lotus Meteor, a double guillotine cutter enclosed in a round metal body available in five different designs. As mentioned above, the Meteor features two blades contained in a circular body that are released via a spring-loaded locking mechanism. Those blades operate independently—which means that the cutter offers either single or double action—and the blades are triggered by pushing in on a button built into the top of the cutter case.

In terms of physical specifications, the Meteor measures 2.27 inches across and is .45 inches thick while weighing in at 3.023 ounces. The cutter also features a backplate, meaning that the amount of cap that can be cut at any one time is limited to about 1/8th of an inch. It is capable of fitting a 64 ring gauge cigar inside of the body of the cutter, although you can obviously cut larger ring gauges if you are just cutting a bit off of the cap. 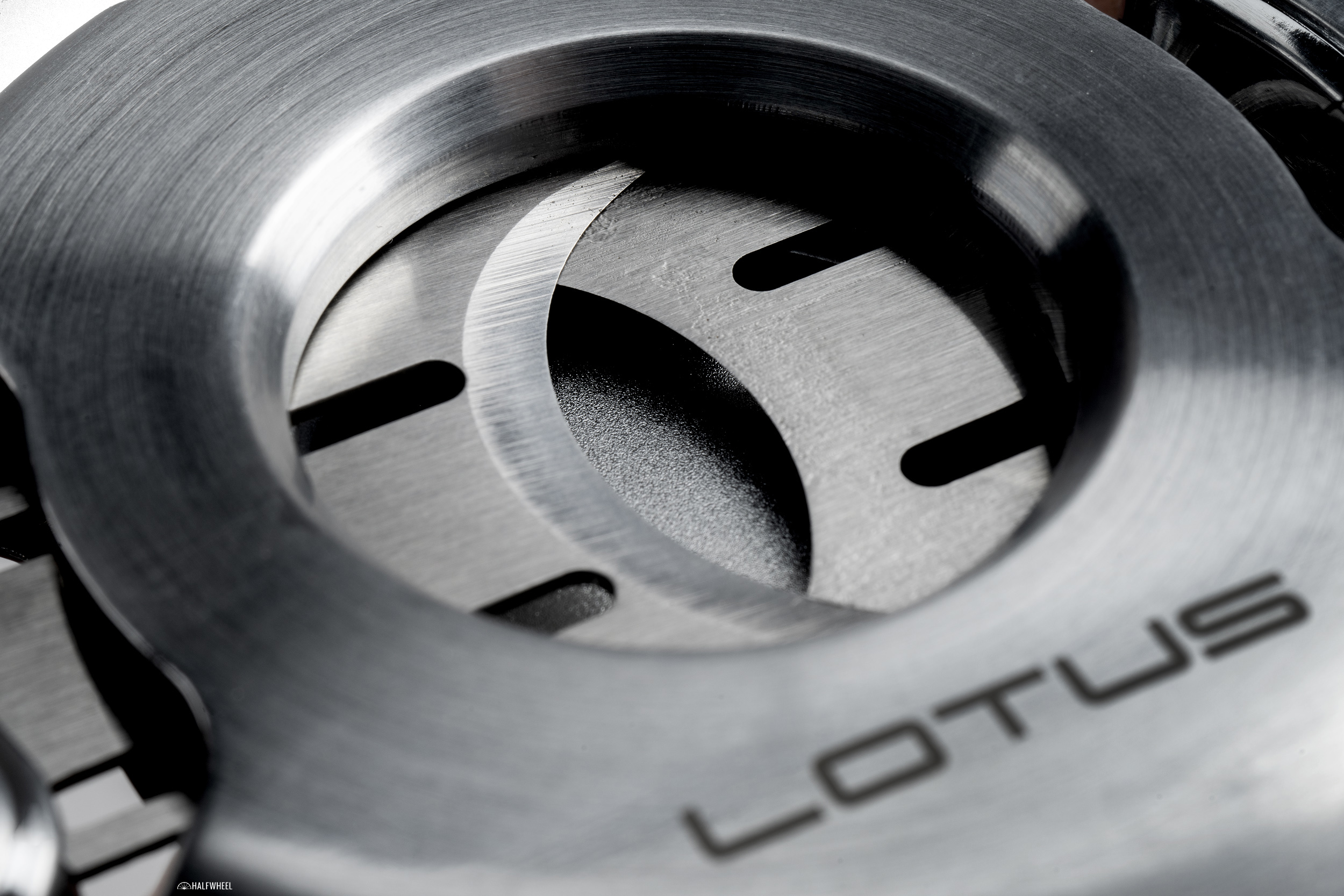 The Meteor is currently available in five different finishes, all of which retail for the same $59.99 MSRP:

Viewing either the front or the back of the cutter, the button to release the blades is easy to see located on the top of the case. Pushing that button down causes both blades to open in unison, stopping at the end of their journey with a surprisingly loud clanging noise. To cut a cigar, you then place the cap of your cigar into the opening and push the handles of the two blades together, starts the process of closing both blades simultaneously. As the two blades meet in the middle, they cut through the cap and end up where they began with another loud click, where they will stay until the trigger is pushed down again. As has been mentioned multiple times above, the main competition to the Meteor is XIKAR’s XO ($150), which—let’s be honest—Lotus essentially copied in a number of very obvious ways. They both cut up to 64 ring gauge cigars and while the XO does not feature a backplate and also weighs less, it is also priced around $100+, which is close to double the price of the Meteor. The one thing the Lotus didn’t copy was the XO’s signature feature: a gear system that means the blades of the XO open and close at the same time. Instead, the Lotus functions like a normal cutter where the blades move independently of one another.

Even when taking the massive price difference into account, I would still choose the XO over the Meteor for a few different reasons: not only does it cut cigars better overall—albeit not by a huge margin—but it also does not have a backplate and it feels more comfortable in my hand when it is being used. While I have made my extreme dislike for backplates on cutters painfully obvious, the Lotus Meteor passes the main test that matters with flying colors: it cuts cigars extremely well, both cleanly and consistently. The blades are sharp, the design is eye-catching, the balance is excellent and the cutter is easy to open, close and use. My main issue is the fact that you have almost no control over how much of the cap—and can’t see how much you are cutting with any accuracy—but for those for whom that is not a big deal, the Meteor is definitely an option that should be considered if you are looking for a new straight cutter.