There’s now a maduro version of the Don Pepin Garcia Original, known more commonly as the Blue Label, but if you want to get some you’d better hurry and you’d better know where to look.

Only 630 18-count boxes have been produced and are only heading to two stores: 315 boxes are going to Casa de Montecristo in Chicago and the other 315 to Atlantic Cigar in Pennsylvania. Both retailers have already listed the cigar for sale on their websites. 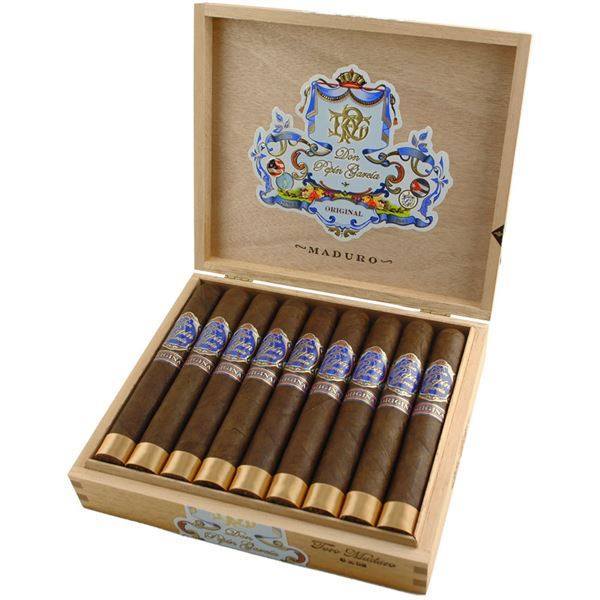 A higher priming  of the Corojo 99 found on the original blend is being used for this maduro version, while the Nicaraguan binder and filler remain the same. The Don Pepin Garcia Original Maduro is being released in just one size, a 6 x 52 toro vitola. An 18-count box has an MSRP of $162.00, or $9.00 per cigar.

Janny García, vice president of My Father Cigars, confirmed details of the release to halfwheel and added that it is a “one time production, no more will be made.”

Update (July 3, 2014)–Janny García of My Father Cigars issued a correction to the wrapper on the cigar, telling halfwheel that it is a higher priming of the Corojo 99 and not a habano maduro as had been previously reported. Also, the company is calling this a “short run production” as opposed to a limited edition, the latter of which is available to all My Father accounts, whereas this cigar has only been released to the two stores mentioned. The size has also been confirmed to be a 6 x 52 toro.