Earlier this month, My Father Cigars, Inc. released a maduro version of its Don Pepin Garcia Original blend, more commonly known as the Blue Label due to its blue band. The Don Pepin Garcia Original Maduro is a 6 x 52 toro that uses the same Nicaraguan binder and filler tobaccos as the regular blend, but replaces the normal corojo 99 wrapper with a higher priming leaf from the same plant.

Two retailers, Atlantic Cigar Co. and Casa de Montecristo, split the 630 boxes of 18 that were produced. Suggested pricing for the release is par from the regular line, $9 per cigar. 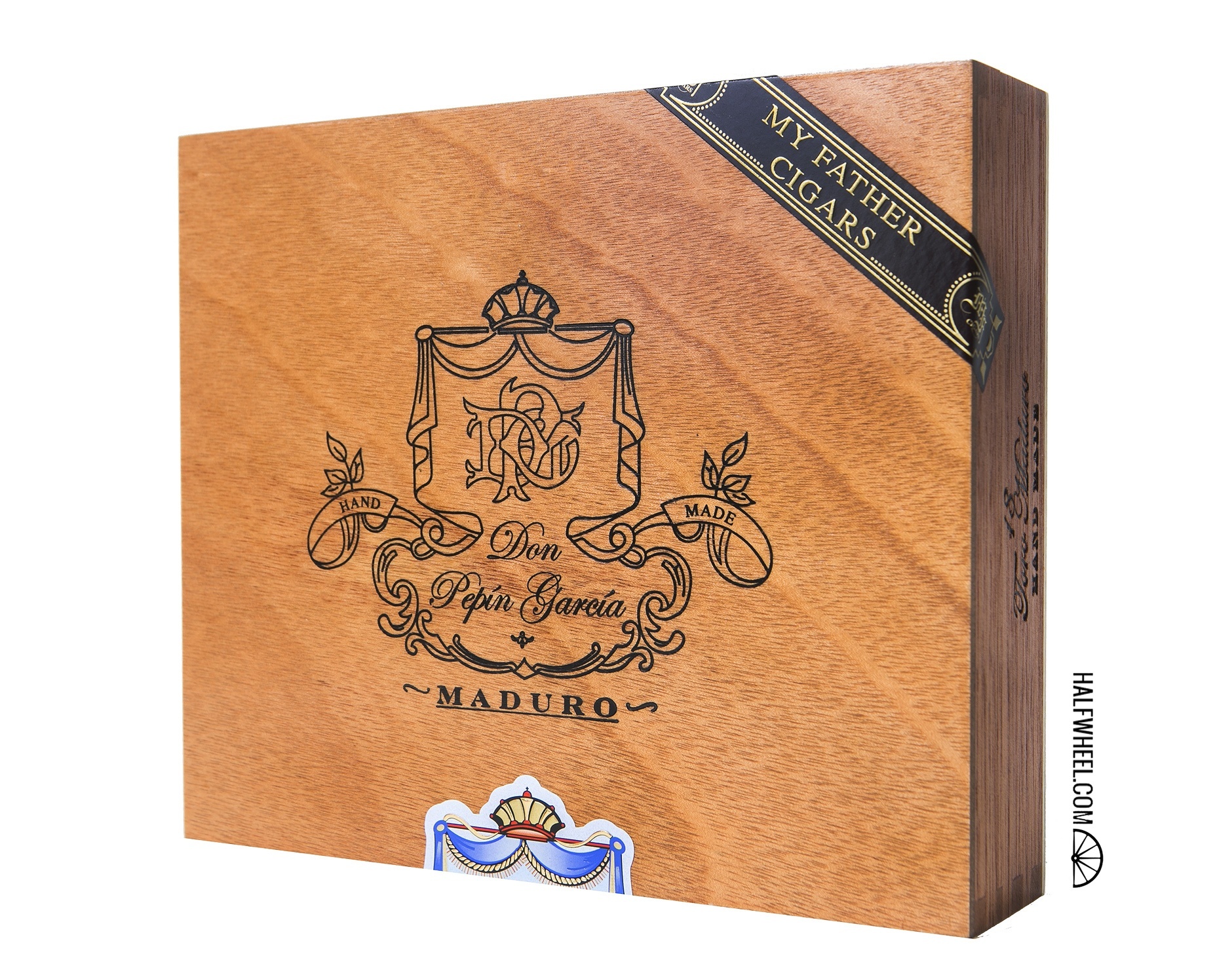 According to Janny Garcia, vice-president of My Father Cigars, told halfwheel that this is a one-time release, although not technically a “My Father Limited Edition.” That name is reserved for an annual release from the company which is offered to all of its accounts. Traditionally, the company has announced that release at the annual IPCPR convention and trade show, which takes place later this month, however, García told halfwheel there are no plans to do so as the company focuses on its two newest regular production releases: La Antiguedad and the upcoming My Father Connecticut. The My Father Limited Editions have been a 6 1/2 x 52  toro, a signature size for the company, this release is a half inch shorter than the Don Pepin Garcia 10th Anniversary, the limited edition from last year, enough for it to be more than noticeable. 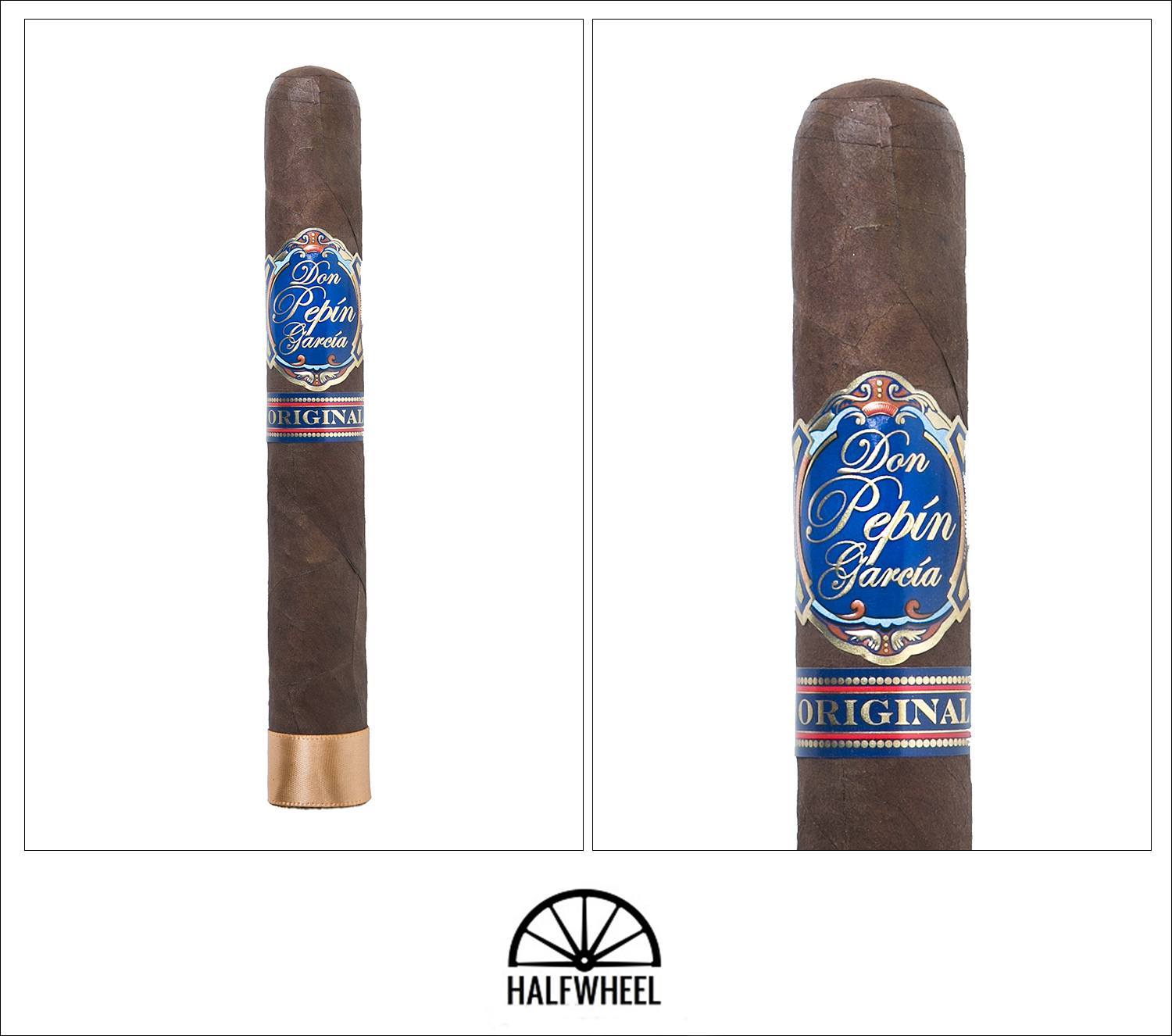 While the wrapper is slightly darker than a normal Blue Label, It is not so dark that I would immediately classify it as a maduro if I did not know the details about this release. The cigar is spongier than I would like when squeezed and there are a multitude of bumps up and down the the length. There is some oil present, although interestingly, the wrapper feels dry to the touch. Aroma from the wrapper is strong barnyard, sawdust, leather and hay, while the cold draw brings notes of leather, hay, coffee and pepper.

The Don Pepin Garcia Original Maduro begins with strong flavors of oak, creamy leather, gritty earth, hay and dark cocoa with a little bit of indeterminate sweetness that comes and goes. There is a touch of pepper on the retrohale, but not enough to really affect the other flavors in any way. Smoke production is about average for this ring gauge, the draw is excellent so far and the burn is trouble-free. The cigar starts fairly mild strength-wise, but begins quickly increasing and ends the first third well on its way to the medium mark. The overall creaminess in the profile takes a huge step up in the second third of the Don Pepin Garcia Original Maduro with flavors of leather and strong almond leading the way. Other notes of hay, earth and dark cocoa flit in and out as well, but none are strong enough to even approach dominance at this point in the cigar. The sweetness from the first third has increased a bit, but is still fairly generic, while the black pepper on the retrohale is all but gone. The burn has evened up nicely, and the draw is still as excellent as it was in the first third, while the smoke production has jumped noticeably. Strength-wise, the Don Pepin Garcia Original Maduro shows signs of increasing in a major way, and easily hits the medium mark by the end of the second third. 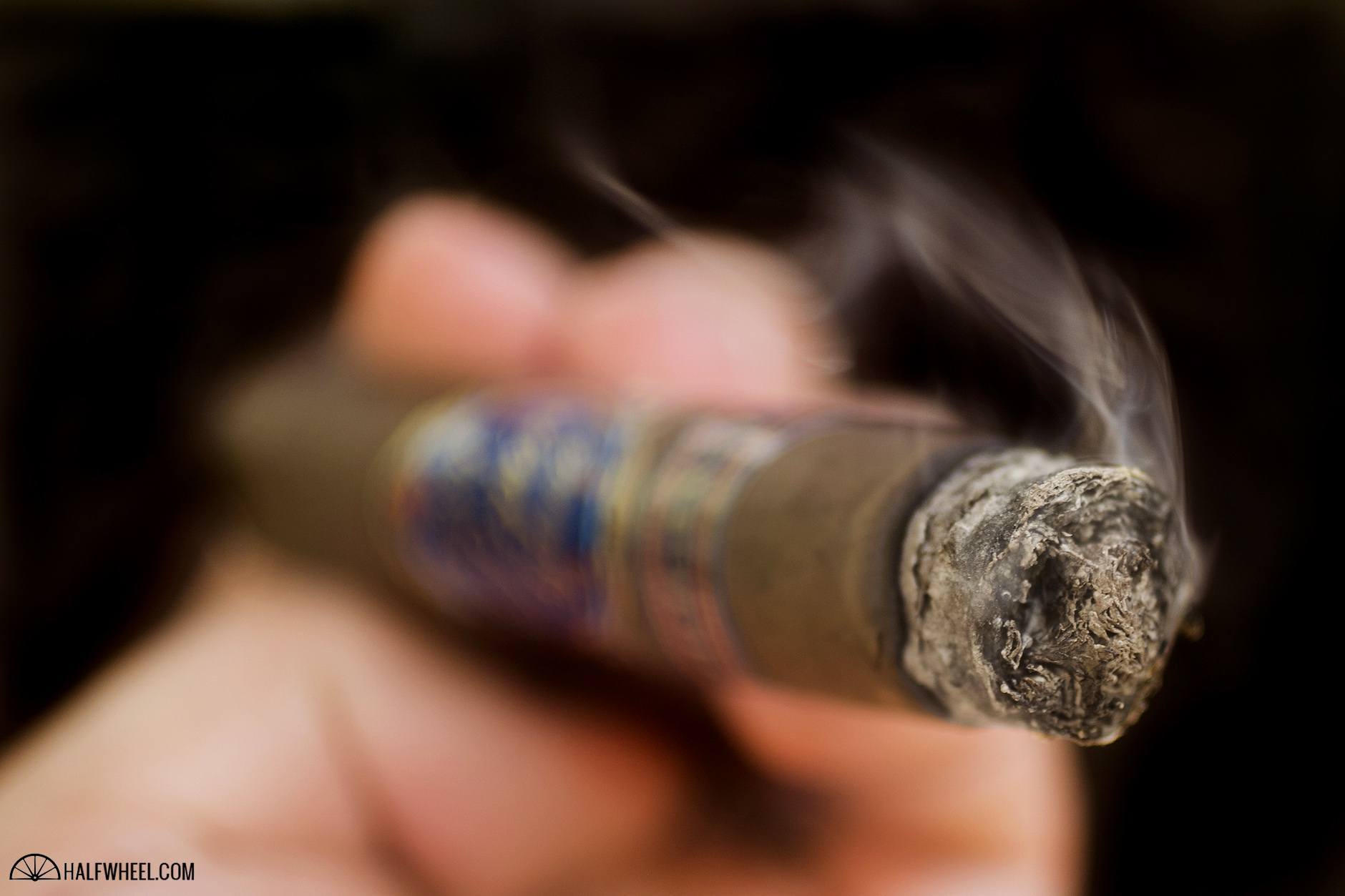 The final third of the Don Pepin Garcia Original Maduro is much the same as the second third with the overt creaminess leading the way, along with flavors of almond and leather. Although the sweetness is still sticking around, it is just not distinct enough to place, and it sometimes disappears for short periods of time. Other notes of hay, coffee beans, dark cocoa and earth are still evident in varying amounts, but both the black pepper on the retrohale and the smoke production has dropped off of a cliff. The burn and draw continue to impress, and the strength ends up topping out just north of the medium mark when I put the nub down with about an inch to go. 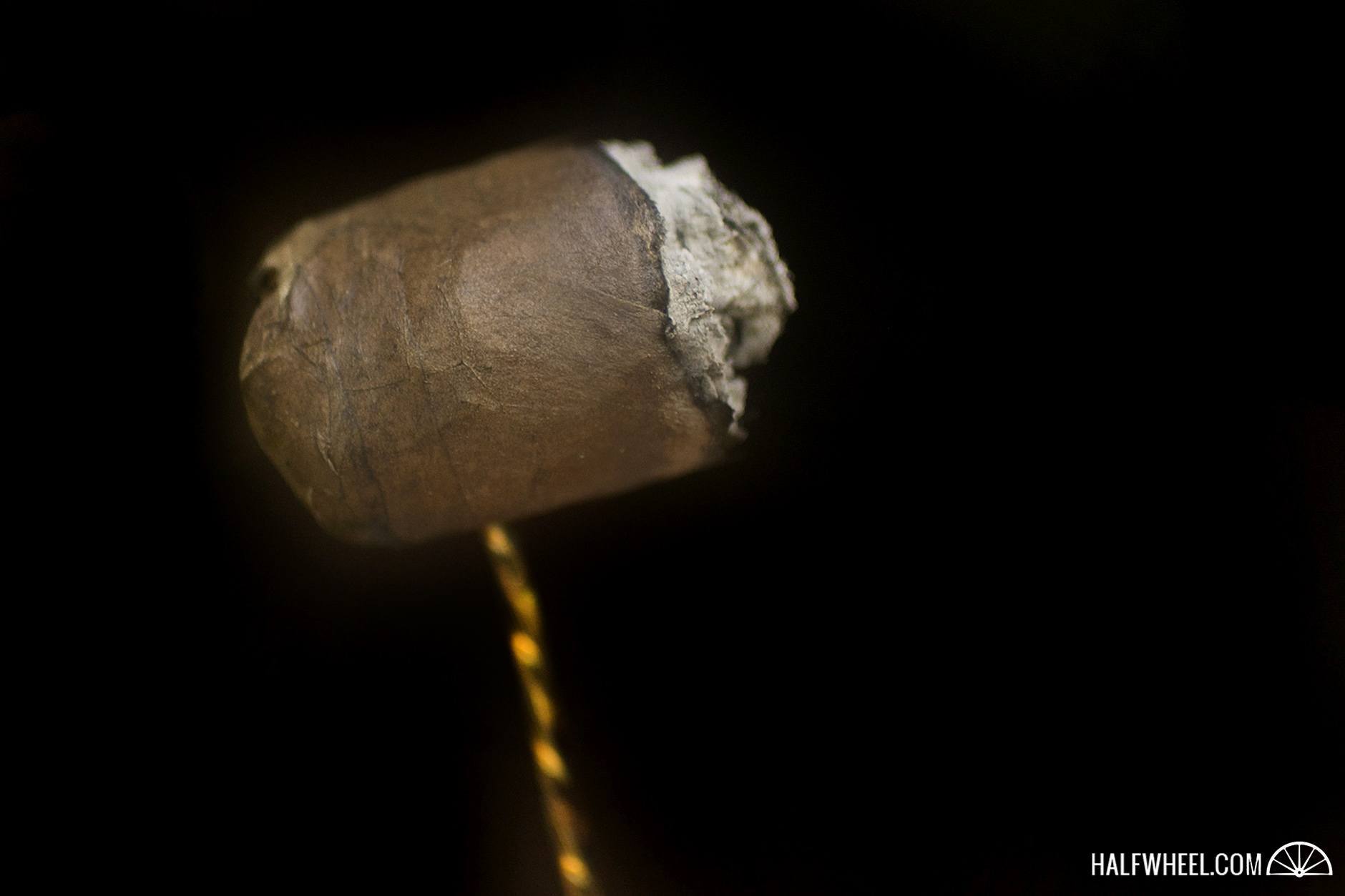 Going into this cigar for the first time, I was unsure what the differences would be compared to a regular Don Pepin Garcia Blue Label, which has always been a favorite blend of mine, albeit one I don't get to smoke as often as I would like. It turns out the differences are significant and fairly obvious: the new blend is lacking quite a bit of the signature Pepín kick, not just in the first few puffs, but throughout the entire smoke. As a result, the profile seems significantly creamier and slightly sweeter overall, although I would be lying if I said that I did want just a tad more pepper on the retrohale. The construction was great on all samples for the most part, and the finish was quite pleasant as well. Having said that, the profile itself was fairly monotonous, and the blend just did not have that many noticeable switch ups between thirds. What Don Pepin Garcia Original Maduro does, it does well, but I will stick to the regular blend.