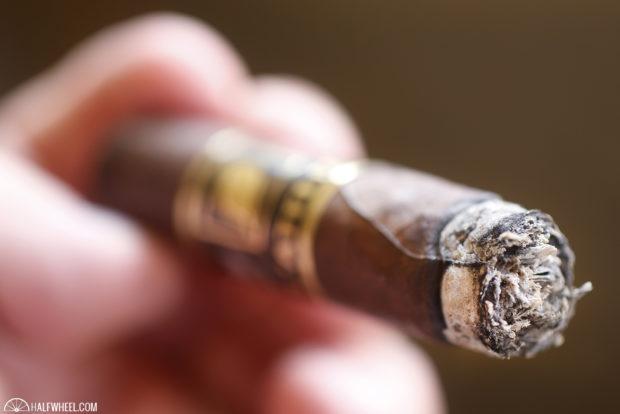 If there is one thing that L’Atelier Imports is known for—other than the fact that it was co-founded by Tatuaje Cigars owner Pete Johnson—it is the fact that virtually every blend the company has released contains at least a small amount of a specific tobacco. Known as Sancti Spíritus, the tobacco is a cross between criollo and pelo de oro that is grown in Nicaragua by the García family, which owns the My Father brand.

During the 2016 IPCPR Convention & Trade Show, L’Atelier released the Identité line, which translates to Identity in French. The cigar is not a Sancti Spiritus puro, but it does incorporate the tobacco into all three parts of the cigar: while the leaves that are present in both the binder and filler tobacco were grown in Nicaragua, the wrapper is composed of a seed grown in Ecuador. Packaged in boxes of 20, the regular production line is produced at My Father Cigars S.A. in Estelí, Nicaragua. 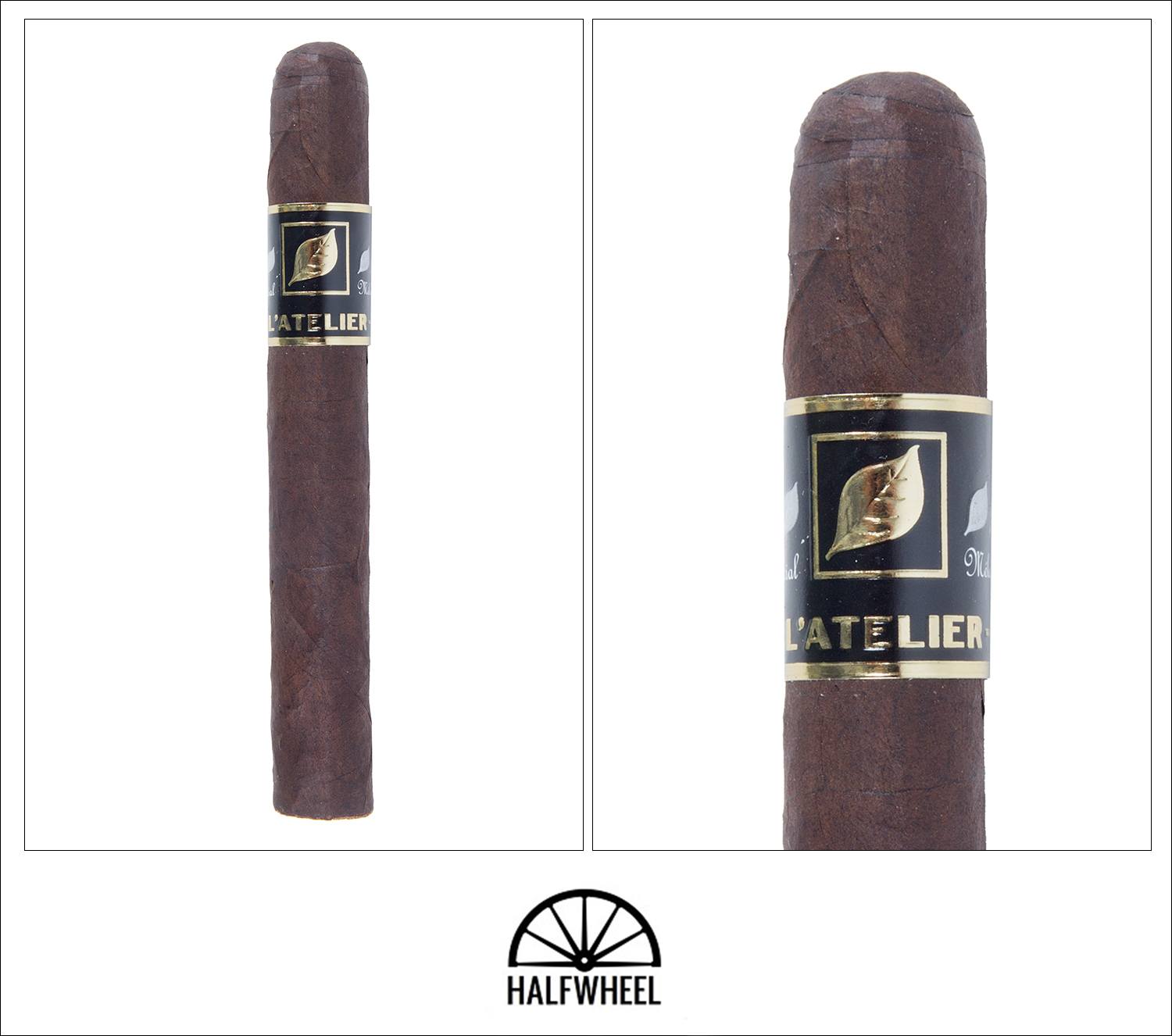 It has been a long time since I have seen a wrapper that has as much oil on it as the L’Atelier Identité Mélange Special No. 2, and the fact that it is a dark, mocha brown leaf just adds to the visual appeal. The oil adds a slickness when you run your finger down the cigar, and there are a number of significant veins running up and down the length as well. Aroma from the wrapper is a combination of pungent dark chocolate, manure, grass, barnyard, leather and earth while the cold draw brings flavors of anise, leather, oak, ground coffee, peanuts and black pepper.

Starting out the first third, the L’Atelier Identité features a dramatic combination of creamy oak and maple sweetness as the dominant flavors, followed by other flavors of bitter espresso beans, roasted peanuts, baker’s spices, dried tea leaves and a touch of hay bringing up the rear. There is a nice amount of maple sweetness as well as some significant black pepper on the retrohale, and the amount of tongue-tingling spice that is present catches me a bit off guard. Construction-wise, the draw is giving me just the right amount of resistance after a simple straight cut, and while the burn is nowhere close to razor sharp, it is also not close to needing a correction as of yet. The smoke production is above average off of the foot, and while the strength does increase noticeably during the entire first third, it ends up being well short of the medium mark by the time the second third begins. While the second third of the Identité Mélange Special No. 2 starts out much the same as the first third, everything begins to change just before the halfway point. The creamy oak and maple combination is slowly replaced by a profile dominated by distinct earth note, followed by lesser flavors of brewed coffee grounds, leather, citrus, nuts, barnyard and a tiny amount of hay. Both the maple sweetness and black pepper on the retrohale have decreased noticeably as well, and the spice that was present on my tongue is long gone by the halfway point. The draw continues to impress, and while the burn needs to be touched up once, it was never close to getting out of hand. While the smoke production shows no signs of decreasing anytime soon, the overall strength easily hits the medium mark by the end of the second third, but seems to stall out there. The final third of the L’Atelier Identité Mélange Special No. 2 deviates very little from the second third, with the same gritty earth flavor easily taking the dominant spot, although I can taste other notes of hay, dark cocoa nibs, leather, barnyard and anise. The maple is still present, but nowhere near the strength that it exhibited in the first half, and the black pepper on the retohale has almost totally disappeared. In terms of construction, the burn has evened up nicely, and the draw is as good as ever, while the smoke production continues to be well above average. Finally, the overall strength has seemingly not budged from what it was in the second third, and I put the nub down with about an inch left still solidly in the medium range. While it is far from the best cigar I have had from the company, L'Atelier Imports is one of those brands that rarely disappoints me and the L'Atelier Identité Mélange Special No. 2 is no exception to that rule. The profile starts out wonderfully with creamy oak, maple sweetness and an aggressive black pepper on the retrohale balancing each other out nicely. The overall construction is quite good as well, but unfortunately, the blend is held back from greatness by becoming more and more linear as the cigar burns down, with a strong earthy note easily taking over the dominant spot past the halfway point. A well made, enjoyable and smooth blend that is very easy to smoke, but those looking for complexity throughout their entire cigar might be left wanting.