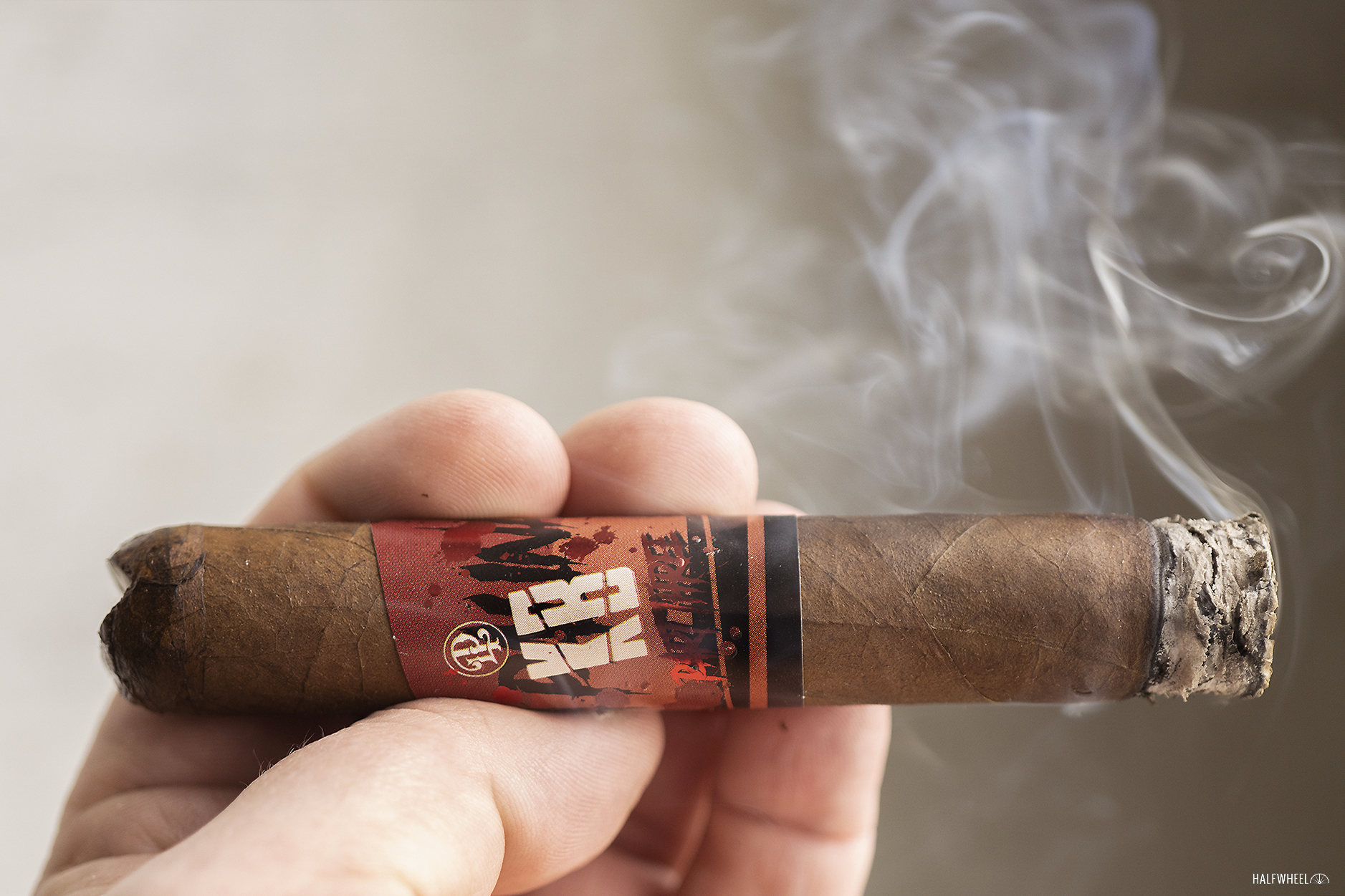 Ten years ago, La Palina Cigars released a new line with a relatively unique backstory: according to the company, the cigar was jokingly referred to as the “Kill Bill”—or KB for short—during its initial testing stages, after founder Bill Paley couldn’t finish smoking the first prototype due to the blend’s overwhelming strength. Originally an extension of La Palina’s El Diario line, the blend debuted in a 4 1/4 x 40 petit corona that was packaged in four-pack cartons that began shipping in March 2012.

Later that same year, La Palina released a second vitola in the Kill Bill series, a 6 x 40 corona gorda appropriately named Kill Bill II. While the blend was the same as the original Kill Bill, the larger size was packaged in boxes of 30 instead of cartons.

Not much new was heard from the line until the 2021 PCA Convention & Trade Show, when La Palina showed off a new incarnation of the Kill Bill Series made up of four different regular production vitolas, including the two original sizes that have been renamed as Part One and Part Two. Each vitola is being sold in 30-count boxes that feature updated artwork; specifically, Paley is featured on the front of the new boxes with his eyes crossed out, while the back of the bands feature a line that says “He’s Almost Dead Anyway.”

Blend-wise, each of the newest versions of the Kill Bill incorporates a Honduran corojo wrapper covering a Honduran criollo double binder as well as Nicaraguan corojo and criollo tobacco in the filler. However, according to the company, the blend was “tweaked” in the two new sizes—Part Three and Part Four—by adding higher primings of ligero.

The KB Series is currently made up of four different sizes that are being produced at the Raíces Cubanas factory located in Danlí, Honduras. 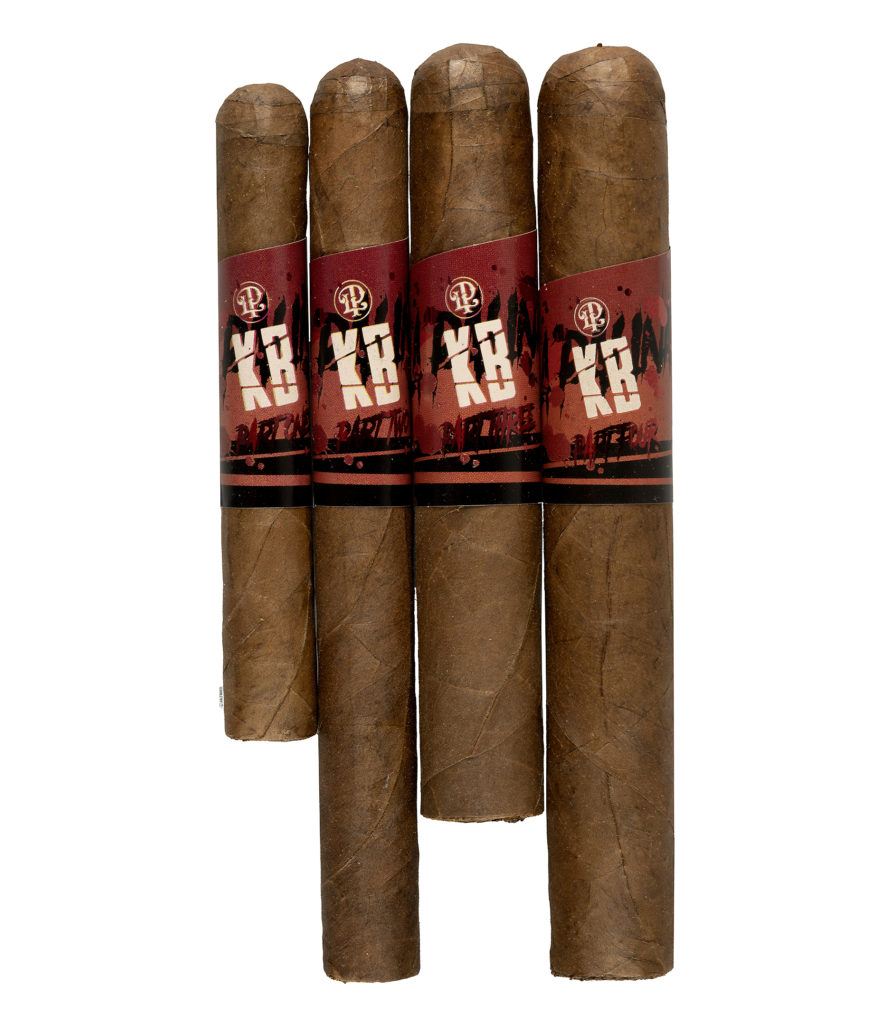 Surprisingly, I can smell the La Palina KB Series Part Three even before I take it out of the cellophane fully, a combination of strong sweet berries, earth, leather, oak and cinnamon. The wrapper is a very attractive mocha brown color with a reddish tint and plenty of oil, as well as sandpaper rough to the touch and nicely firm when squeezed. An extremely aggressive aroma emanating from the foot has me almost convinced the cigar is flavored, with the same sweet berries, cloves, milk chocolate, oak and apple juice sweetness. Interestingly, after a v-cut the cold draw features an entirely different set of flavors—none of which are even close to as sweet as the aforementioned aroma—that includes strong oak, earth, leather tack, espresso beans, hay and slight varnish.

While it is a bit odd to smell something so sweet on a non-infused cigar while lighting the foot, the first few puffs make it clear that this is a non-infused blend pretty quickly. The profile starts out both earthy and spicy on the palate. While the earth note easily remains one of the top flavors in the first third, it is joined by a strong note of roasted coffee beans. In addition, there is a bit of mineral saltiness on my lips along with secondary flavors that include baker’s spices, nutmeg, hay, cocoa nibs and oak, the latter of which seems to be increasing more noticeably as the first third burns down. There is plenty of black pepper on the retrohale but almost no sweetness other than brown sugar—and precious little of that—but an interesting peanut note does creep into the profile every now and then on two samples, if only for a few moments. Flavor and body are medium, while the strength—which started at just under medium—builds quickly and is just over medium by the end of the first third. Finally, the draw is a bit of a mixed bag after v-cuts—one sample is slightly more loose than I would like, while the other two have no issues—and although the burn is far from perfect, none of the cigars are problematic enough to need corrections. 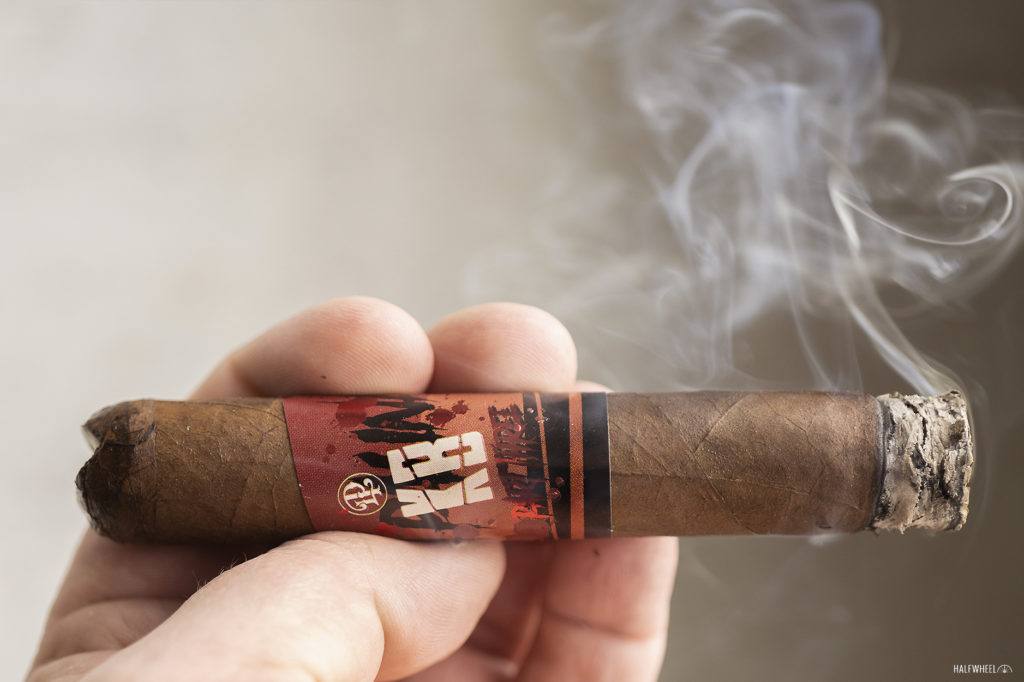 It is hard not to notice how slow this cigar is burning, as the second third begins after more than 45 minutes of smoking time. There is a bit more spice on my tongue compared to the first third but less saltiness on my lips, and while the earthy flavor easily retains its top status in the profile, a new flavor of creamy oak has overtaken every other note to reign alongside it. Additional flavors of leather, hay, sourdough bread, nutmeg and espresso beans all make themselves known at various points, while the retrohale remains about the same: plenty of black pepper, slight brown sugar sweetness and some nuttiness every once in a while. Thankfully, the draw has tightened up on my one problematic cigar—the other two continue to give me no issues in that regard—but the same cannot be said of the burn, which needs attention from my lighter on two samples before the halfway point. Flavor has increased slightly to just over medium while the body remains at a solid medium, but the strength has increased to medium-full and is still rising. Gritty earth and creamy oak are the kings of the mountain when it comes to the La Palina’s profile in the final third, but a very interesting citrus peel note has become more noticeable on the finish as well. The strength level—which has easily reached the full mark by the middle of the final third—starts to really affect the overall balance, meaning that although I can still taste additional flavors of cocoa nibs, leather tack, hay, toasted bread and cloves, my enjoyment of the cigar is waning a bit. That fact is not help much by the amount of aggressive black pepper that continues to dominate the retrohale, which all but drowns out that vast majority of whatever sweetness remained in the profile. Construction-wise, the draws on all three samples give me no issues whatsoever, and while the burn needs a couple of touch-ups on two cigars, they are both pretty minor. Flavor and body mirror each other by ending up just over medium, but as previously noted, the strength easily hits the full mark before I put the nub down with about an inch remaining. You know how you hear or read a cigar is really, really strong, but then you smoke it and think “Oh, what are they thinking, this is like, medium at best?” Well, the La Palina KB Series Part Three is not one of those. In fact, this is a powerhouse from almost the first puff, and by the halfway point of the first sample, I was wishing I had eaten a much more substantial breakfast. Of course, having that much strength in a blend has consequences, specifically when it comes to the balance of the cigar, which—while not nearly as bad as it could be in the first two thirds—becomes problematic starting around the start of the final third. Lovers of strong, spicy blends will want to try this, but those looking for a more balanced profile will have no issues finding what they seek in some of La Palina’s other offerings like the Goldie line.