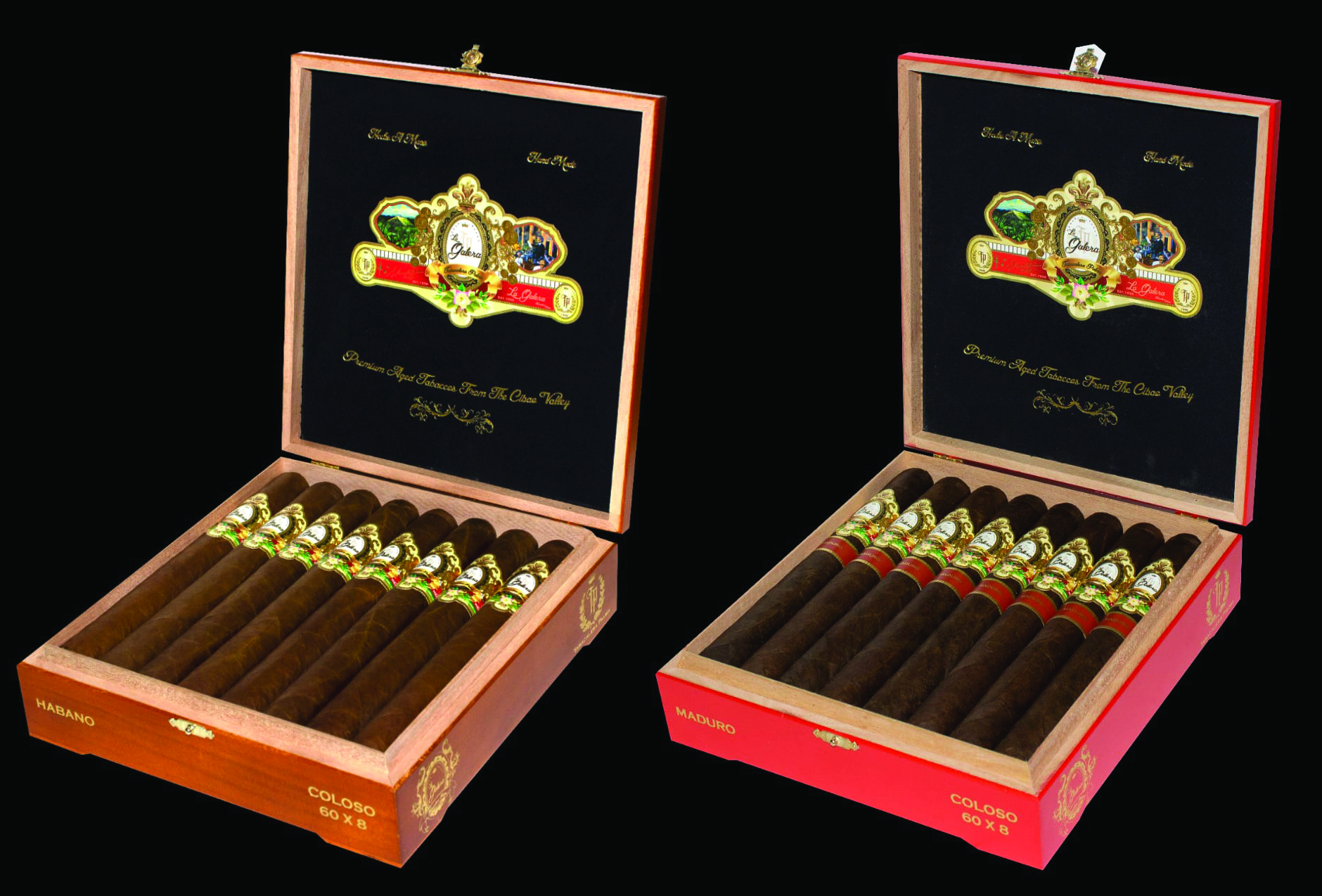 While many cigar companies choose to release smaller vitolas as the winter months approach, La Galera is going the other way, adding a massive 8 x 60 vitola named Coloso to its Habano and Maduro lines.

The La Galera Maduro Coloso is priced at $10.75, while the La Galera Habano Coloso has an MSRP of $10.88. Both cigars will be offered in 16-count boxes and are produced at Tabacalera Palma in Tamboril, Dominican Republic.

The Coloso is the eighth size for the La Galera Maduro line:

Meanwhile, the Coloso becomes the ninth size in the La Galera Habano line:

The Habano version will be the first to begin shipping and is currently scheduled to head to retailers during the middle of the next week, tentatively Nov. 18. The Maduro version is slated to ship closer to the end of November.