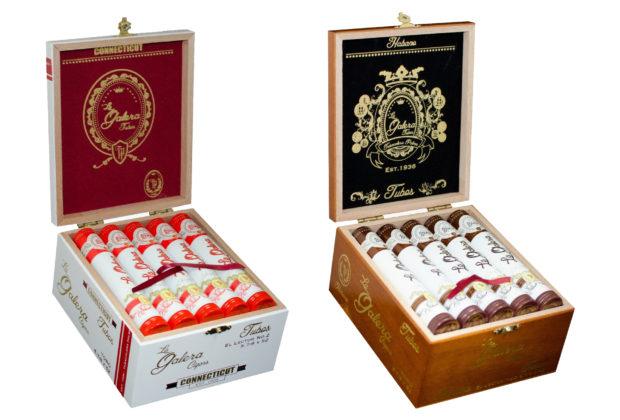 The next time you pick up a La Galera at your nearest retailer, you just might see a much more intricately decorated tubo on the shelf, as this week the company began the worldwide release of a pair of new additions to the brand’s offerings.

The La Galera El Lector No. 2 is a 5 7/8 x 52 toro vitola that is being added to both the La Galera Connecticut and La Galera Habano lines, and comes packed in decorative tubos. The blends remain the same, with either an Ecuadorian Connecticut or an Ecuadorian habano wrapper covering a Dominican corojo binder and a filler blend of Dominican piloto cubano, criollo ’98 and pelo de oro. Everything but the wrapper is grown by Jose “Jochy” Blanco, with the cigars made at Tabacalera Palma in the Dominican Republic.

The Connecticut version comes with an MSRP of $7.90 per cigar or $118.50 for a box of 15 cigars, while the habano version is priced at $9 per cigar and $138 per box. A limited number were released in August 2016 ahead of the U.S. FDA’s deadline to have new products on the market prior to needing the agency’s approval.