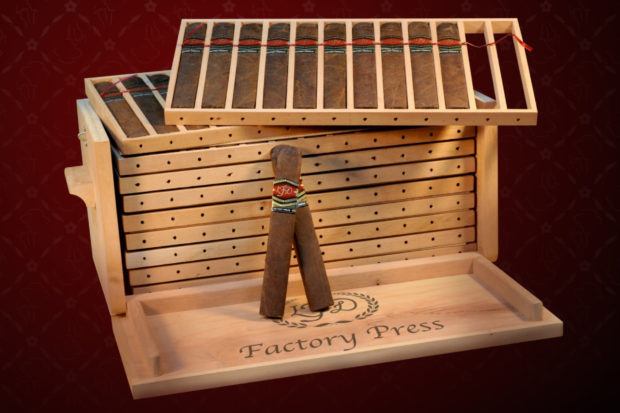 The seventh edition of La Flor Dominicana’s Factory Press line will get a formal showing at next week’s IPCPR Convention & Trade Show.

The blend however is pretty different. It’s got an Ecuadorian habano wrapper, Ecuadorian Sumatran binder and Dominican fillers.

The cigars are expected to begin shipping in September.