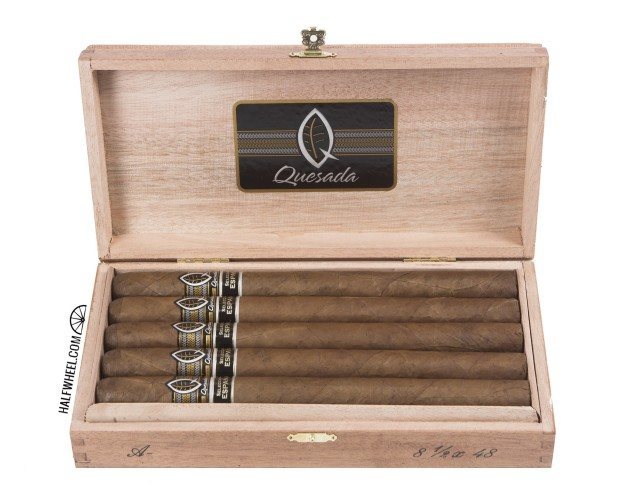 July Shipment of Quesada España A- Heads to Michael’s Tobacco

Michael’s Tobacco of Euless, Texas and its sister store in Keller will be receiving this month’s shipment of the Quesada Selección España A-.

Every month, Quesada selects a single retailer to receive 10 boxes of the 8 1/2 x 48 version of the Quesada Selección España line. The company has previously released other special sizes of the España line in similar fashion.

Just For Him of Springfield, Mo. received the January shipment, the February boxes went to Up Down Cigar in Chicago while Smoke Inn of South Florida received the March boxes, the April boxes were sent to STOGIES World Class Cigars of Houston and Union Cigar Co. of Monroe, N.C. received the boxes last month.