JetLine unveiled the Patriot at the 2016 IPCPR Convention & Trade Show, a show that saw the company also put out a number of items with some fairly sizable price tags, such as the $280 Baron Table Cutter and $150 Argo 7 Cigar Cylinder. But the company certainly didn’t forget about its clientele that are looking for high performance and value in a lighter.

The Patriot builds on a familiar theme for JetLine and several other manufacturers, with a largely plastic body capped by a mix of plastic and metal. It measures three inches tall, about 1 5/8 inches wide and 5/8 of an inch thick, and when full weighs just 2.4 ounces, enough that it doesn’t feel too light but certainly not bulky by any means. JetLine once again went with a translucent plastic for the body, which allows the user to see the quantity of butane remaining in the lighter. The lighter is a triple-torch design, with three jets arranged in a triangle configuration and each pointing straight up to create a wide flame base that is geared towards larger cigars and making quick work out of toasting whatever vitola is put in front of it. 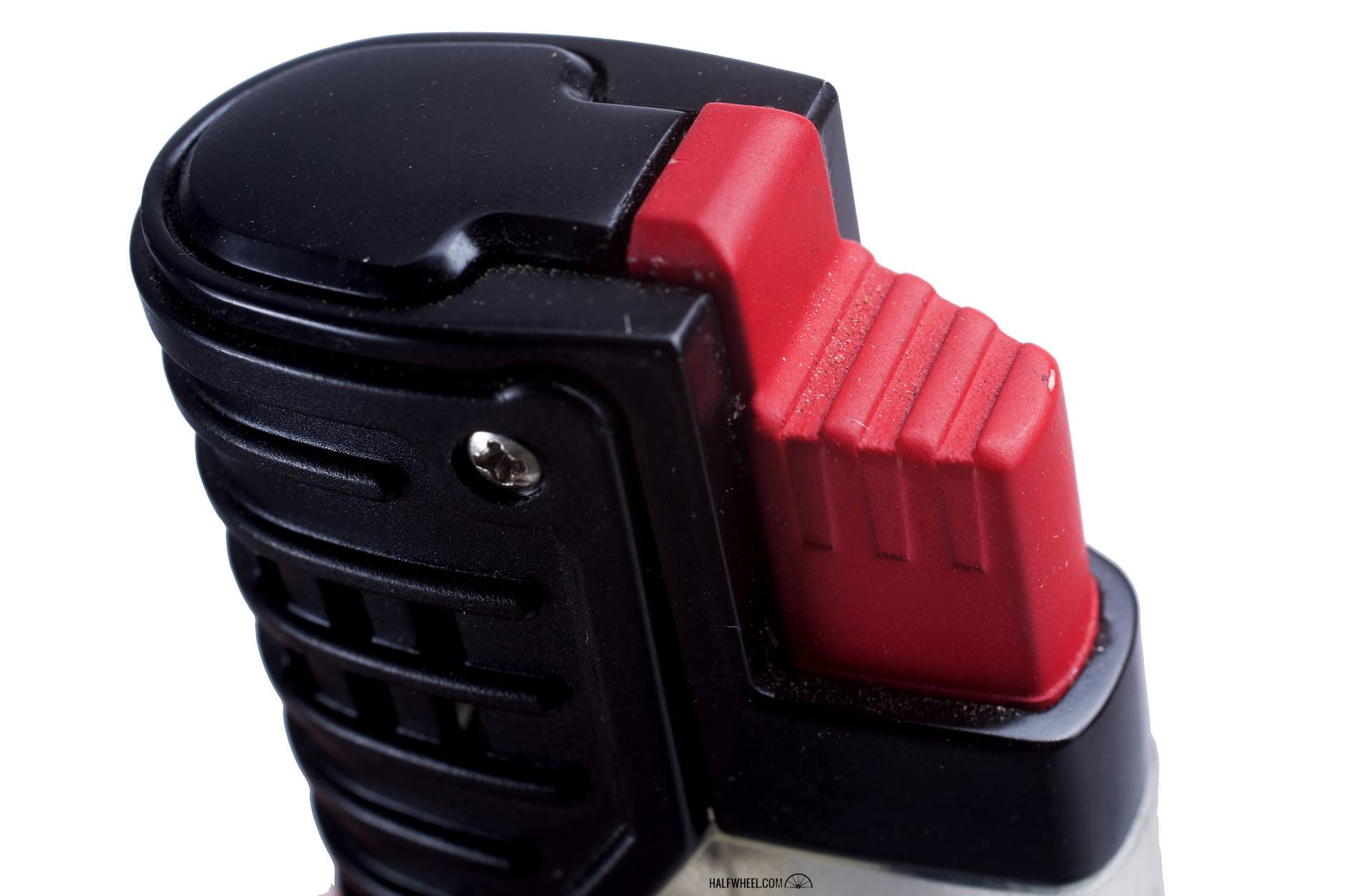 As for the ignition, it is a single-action mechanism that requires a simple push of the ignition, which also happens to be the only part of the Patriot that offers any sort of color option, coming in red, black or yellow. It’s not quite as firm of a mechanism as the company’s more recent Super Torches, something I’m a bit surprised by as I got the sense there was an effort to make the entire portfolio more child-resistant. It’s by no means a loose or overly easy ignition, but it definitely harkens back to JetLine’s products from several years ago. While the ignition is single-action, the JetLine Patriot isn’t perfect when it comes to the bringing spark to butane, and the more I used the lighter the more it seemed to occur, with the spark going backwards and not towards the butane, a fairly common problem that numerous lighters can and does affect lighters from all manufacturers. It’s generally fixable by using a small screwdriver or similar implement to bend a small wire back towards the jet, though it certainly can be annoying to find yourself repeatedly clicking the ignition with no flame to show for it.

Assuming the ignition isn’t being uncooperative, the best way to make sure the Patriot gets going easily is to make sure there is enough butane flowing through the lighter, which is adjusted on the bottom of the lighter. The flame adjustment knob features a flip out tab that makes adjustment incredibly easy, though the range of adjustment is only about 90 degrees. I found my preferred setting to be just a hair past the halfway point between two extremes; too low and the Patriot simply won’t get enough fuel to sustain a flame, while too open and it produces an excessive yet generally controlled blue flame that only occasionally belches out a stray yellow bit of fire.

At the ideal setting, the Patriot produces about 10 minutes of flame, though I must disclaimer that by saying it’s an estimate based on the amount of fuel left when the lighter ceased working during the testing. The top section of the lighter gets incredibly hot after about 40 seconds of use—including the ignition button—much too hot to hold and in need of a cooling period of a few minutes. After several cycles I decided to try and expedite the process, grabbing a towel to shield my finger from the heat, and while that helped a bit, the lighter got so hot that the assembly holding the ignition button to the lid melt, rendering the lighter useless. In particular, the sides of the lighter began to peel away just enough to seem to loosen what was holding the pieces together. Prior to the death of the lighter, it functioned generally quite well over several weeks of daily usage. Given that the three jets all point straight up, the effective tip of the flame is fairly wide, more than is necessary for most cigars with a ring gauge in the mid 40s or below. However, for robustos, toros, gordos and similar vitolas, the Patriot does about as good of a job as any lighter on the market and will have your cigar toasted in what seems like mere seconds. The visible fuel tank is a plus in my book; while I know it won’t be a selling point for everyone, for a non-showpiece lighter it adds so much in functionality to be able to see exactly how much fuel is left, and not by means of a small window. The fuel tank seems to be on par with the Super Torch, albeit in a different shape.

It’s also a bit of a two-stage fuel tank with two non-symmetrical parts combined into one larger tank. The part closes to the ignition button is where the lighter draws fuel from, but there’s another smaller area of the tank closer to the ignition. A step divides the two areas and occasionally fuel gets trapped in the smaller part. A quick rotation of the lighter can move the fuel dow into the larger area, allowing you to resume lighting cigars. In regards to the shape, the Patriot certainly feels good in the hand, at least as good as the majority of its competitors. I wish I could say that I have a strong preference between the oval-ish shape of the Patriot and the rounder Super Torch, but I can’t say that I do. Both are comfortable in the hand, though I do like the way the Patriot fits in my travel humidor and pocket a slight bit better than the Super Torch. One noticeable advantage that the Patriot has is a built-in punch cutter for those who like that style of cut; it’s not my preferred method but I know numerous people for whom it is, and when I let them try the Patriot as both a lighter and cutter, they seemed more anywhere from satisfied to impressed by the cutter’s functionality. 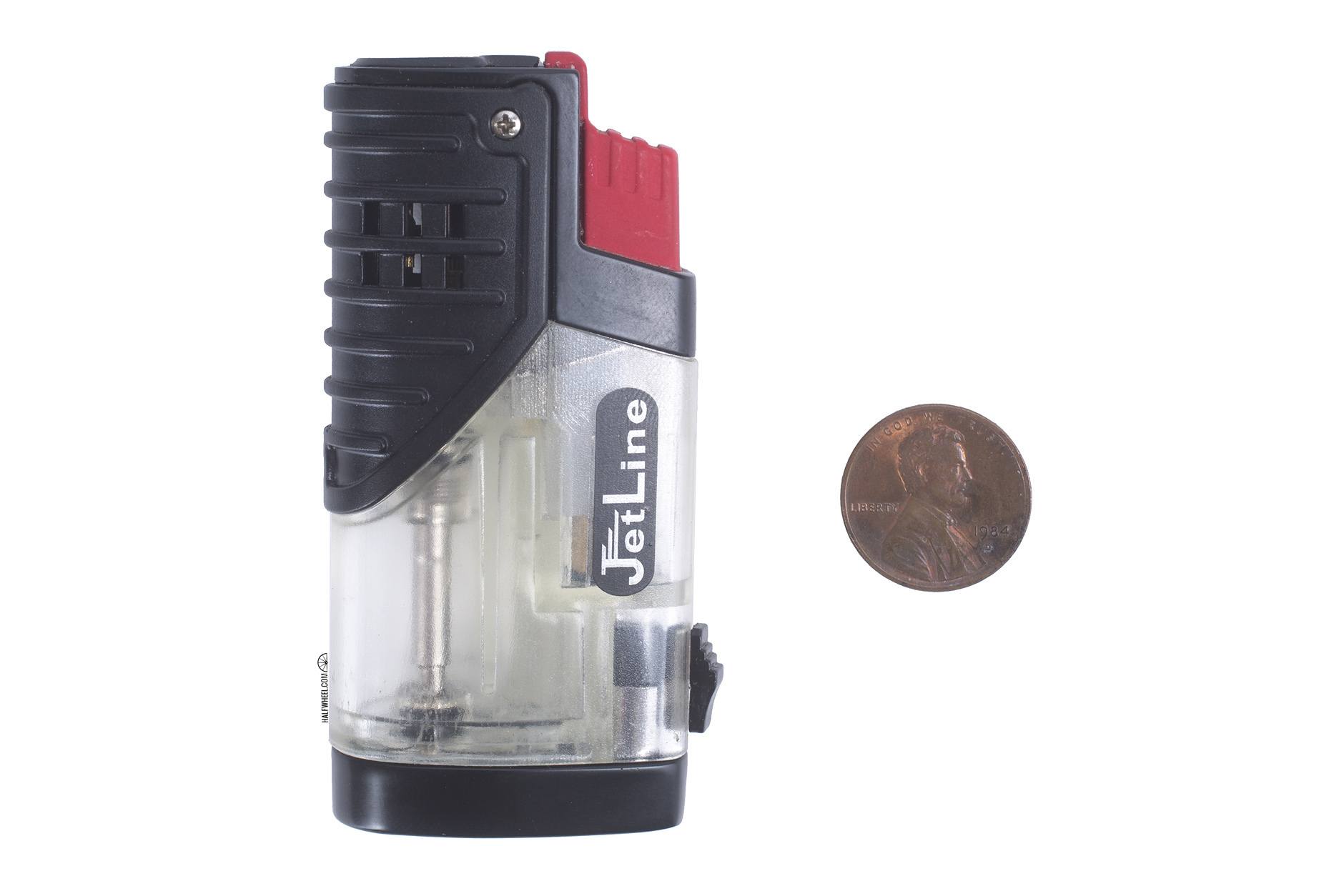 I remember that when I first saw the Patriot at the 2016 IPCPR Convention & Trade Show, my initial reaction was two-fold: first, that it was simply a flatter Super Torch; second, was this really a necessary addition? After several weeks of use, I don’t think this simply just a flatter Super Torch, and second, I’m not sure I have a great answer for whether or not this was a necessary addition. While I like the lighter, I take issue with the ignition issue and the ease with which the parts that touch your fingers get hot rather quickly; both are problems that are avoidable and really shouldn’t be an issue on any lighter on the market, let alone a new lighter. While I think the ignition issue is something that could be prevalent enough to be concerned about, unless you are really keeping the Patriot burning for more than 30 seconds, you likely won’t notice how hot the top of the lighter can get. Fans of punch cutters will almost certainly be swayed by the inclusion of one on the Patriot, though if that’s not something you’re looking for, the issue might depend on shape and functionality, which would have me leaning to the Super Torch, a standard in my lighter drawer and among many of the halfwheel staff.

The Patriot comes in three color variants, as the ignition button is available in black, red or yellow. Each version has an MSRP of $17.99.