For smokers of both cigars and pipes, having one lighter that can handle both tasks is often a welcomed accessory, and JetLine has a new pair of lighters that could well fit the bill. The two versions are near identical, save for the type of flame that comes out when you pull back on the retractable ignition mechanism. For the traditionalist, the Proto-Pipe soft flame generates a familiar soft flame with which to light your tobacco.

But for when conditions call for a stronger flame, or for an occasional pipe smoker who doesn’t want to worry about having two separate lighters, the Proto-Pipe is also available in a single flame torch variation. 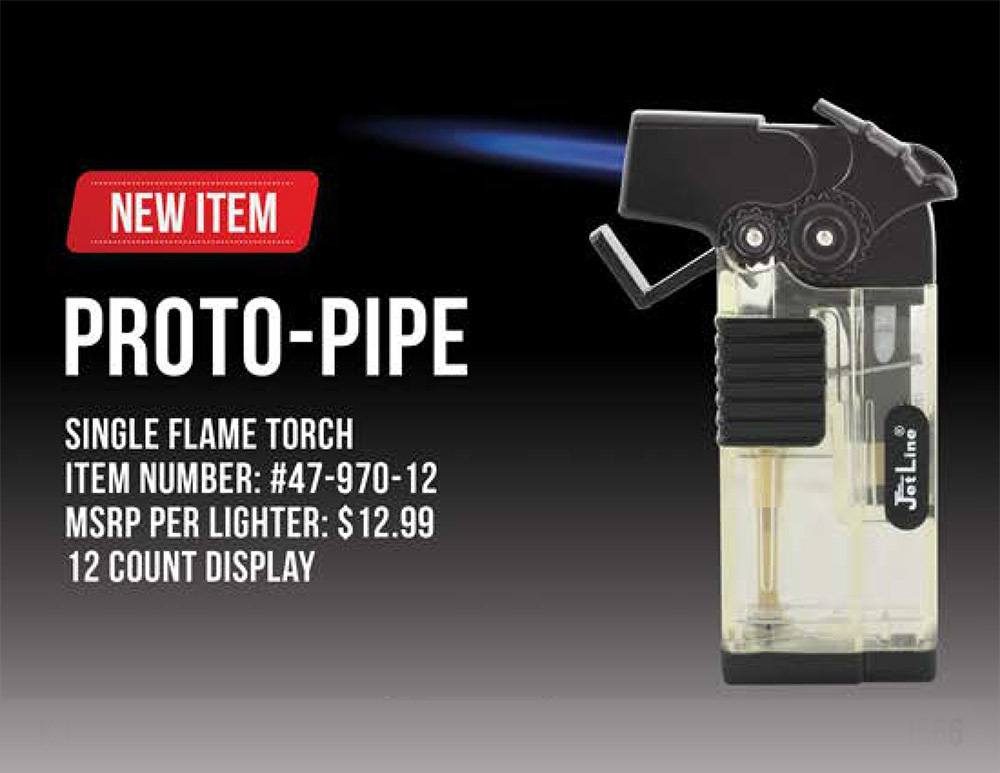 Both versions of the JetLine Proto-Pipe offer a large, clear tank with black accents on the top, bottom and grip. Each version comes with an MSRP of $12.99.