JetLine has a pair of new torch lighters in store for attendees of next month’s IPCPR Convention & Trade Show, the dual-flamed Phantom and the quadruple-flamed Villano. 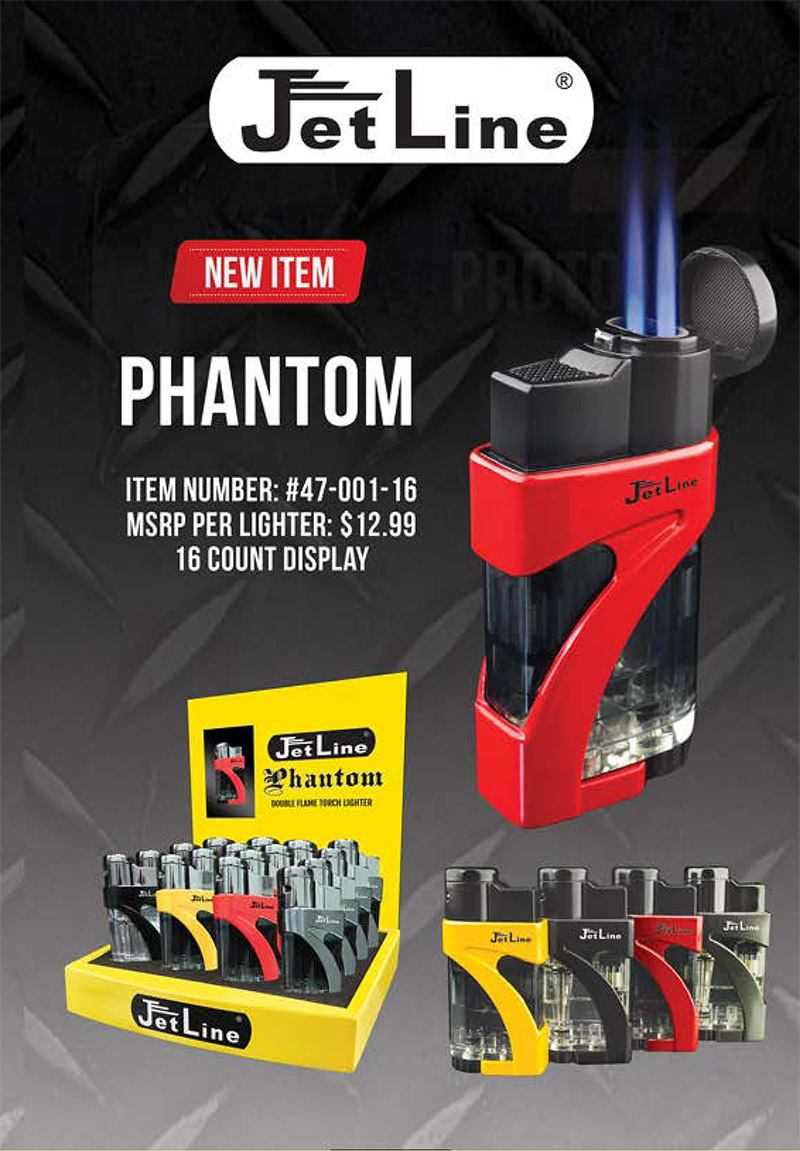 The Phantom (MSRP $12.99) features a single-action ignition that releases the latched lid, begins the flow of butane and ignites the two jet torches. The fuel tank is clear, providing an easy way to check how much butane is left in the tank.

It comes in four colors: black, red, yellow, and gunmetal. 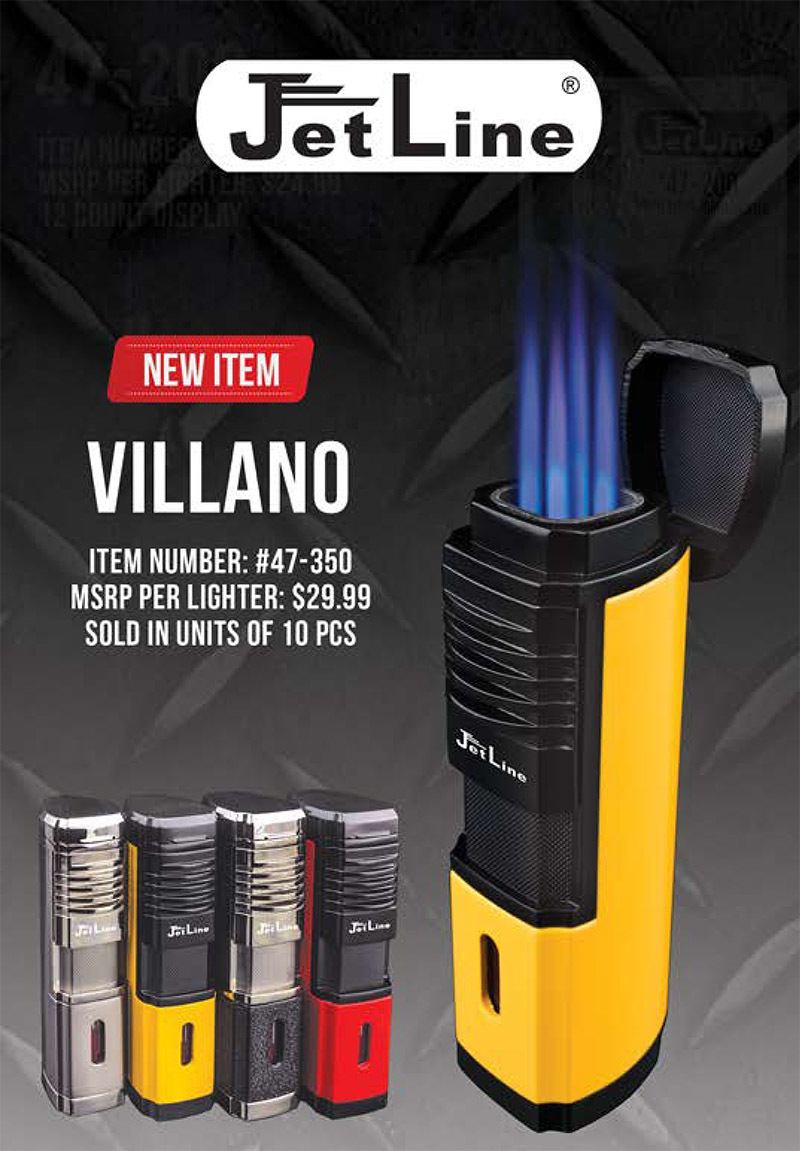 The Villano ($29.99) is geared towards consumers who smoke bigger ring gauge cigars or simply want to bring a good amount of firepower to their smokes. It’s a much more vertical design, with a sliding ignition mechanism that fires the four jet torches. The front of the lighter also features a fuel window.

It too comes in four colors: black, red, yellow and silver.